2020’s Tony Hawk’s Pro Skater 1 and 2 Remastered collection was one of the best examples in history of a remaster completely rebuilding faith in a franchise. While it wouldn’t be wrong to give Crash’s N-Sane Trilogy a similar title, that series didn’t fall as far as THPS did during its last console outing. THPS Remastered features the smoothest-playing incarnations of the first two maps alongside an extensive assortment of created parks from both Vicarious Visions and creators alike. The remastered edition was mind-blowing on PC and other consoles, and is more of a mixed blessing on Switch in some ways, while still being incredible in others.

Vicarious Visions has done a fantastic job keeping the experience similar across both docked and portable modes — with 30 frames per second action. The redone animation from the remaster has been retained alongside the effects for respawning. Movement and the framerate as a whole are consistent, but the detail levels of the world themselves and the characters are lacking at times. Shadows for the characters are low-detail, but still good enough to get an idea of where you’re at in relation to the map itself. The shadows for the environment, especially for things like window frames, are distractingly-poor in motion. In a still image they just look odd, but get wonky when moving because they just cause a pixelated mess to appear on-screen. 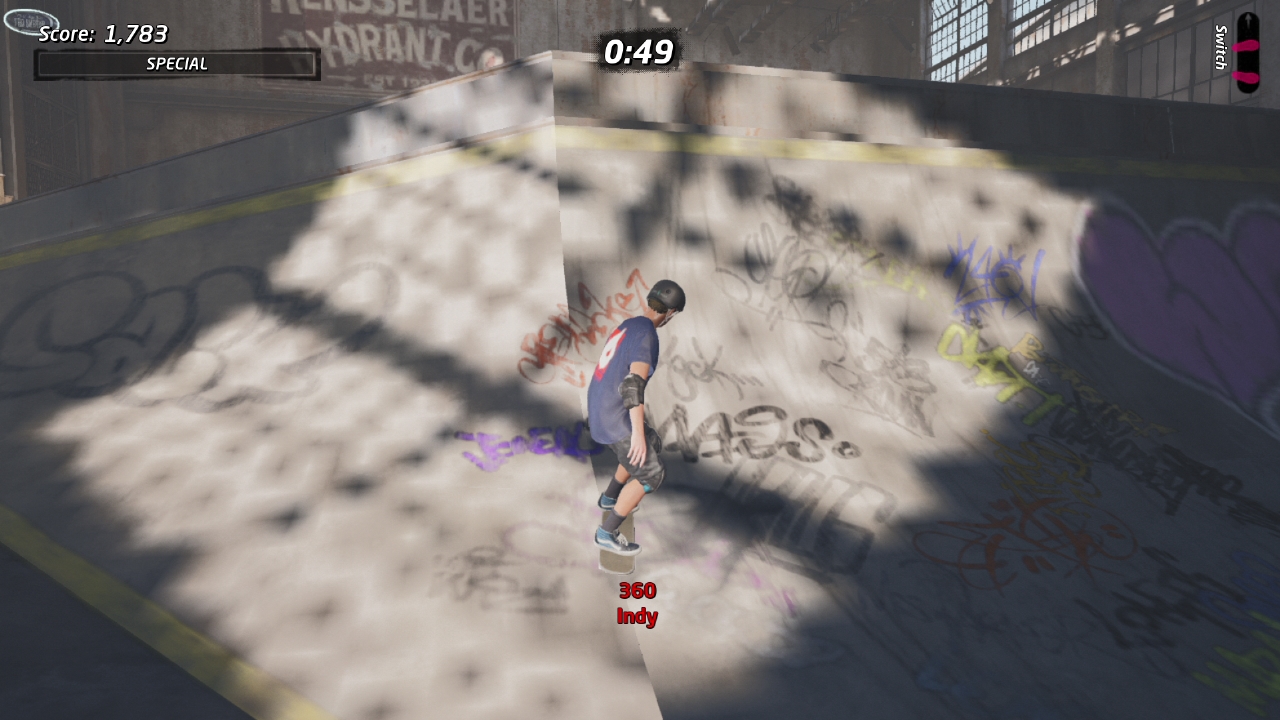 The jaggies for most parts of the environment are present, but normally not too bad. In handheld, the 720p screen hides some of them well. In docked mode, however, the flaws stick out a lot more. Portable mode does allow the game to shine thanks to the screen masking some flaws and it’s impressive to see these remasters running on a portable when one considers just what’s been done with the series in portable form before. The franchise made its portable debut on the Game Boy Color, where it became a blend of skate challenges on half-pipes and races, so while it didn’t aim to replicate what made the PS1 original so beloved, it also went in its own direction to create something more in line with Skate or Die and other early skateboarding games.

The second GBC entry kept this formula alive while also expanding the size of the environments — something THPS 3 on the GBC did even more. It wasn’t until the Game Boy Advance’s launch in 2001 that a portable entry tried to replicate the overall feel of a console THPS game — only using an isometric viewpoint to do so. This allowed the larger stages of the console games to be replicated in some form while retaining the trick system of the big brothers and keeping the animation surprisingly fluid. This change in viewpoint worked so well that it became the standard way to do skateboarding on the GBA and even Sega’s Jet Grind Radio port used it to great success. 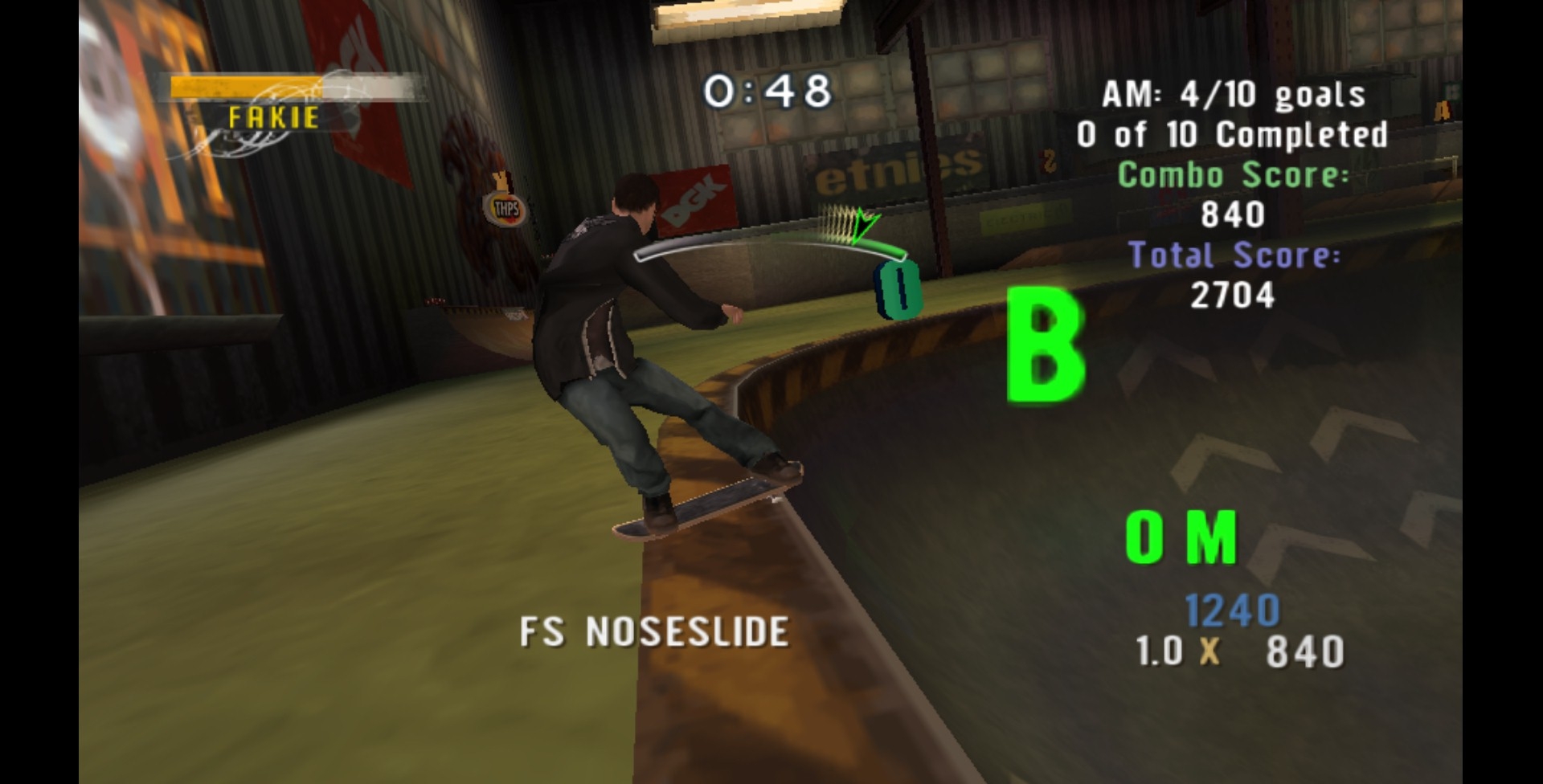 After a quick experiment on N-Gage, it wasn’t until the PSP that the full-on THPS experience would hit on portables — to an extend. By the time the series hit the PSP, it had gone for a more open-world setup and with that came larger areas to enjoy. The days of the more enclosed areas were over, but the series had already dabbled with larger real-world environments anyway, so it was an organic move. The score attack nature of things with rivals kept the feel of the original games alive while changing up the formula and showing players what the in-game world was like outside of the core environments featured in the traditional THPS stages.

The shift to open-world was something that divided the fanbase as some wanted things exactly as they were before with set stages, and others liked the more open environments. There was a sense of a greater focus on the stages with the THPS style of smaller areas that were more densely-populated with details for the environment, but the open-world design offered up more variety in the kinds of areas players could explore. One thing that the PSP entries of the Tony Hawk series had going for them was they were made with the PSP in mind and that hardware scaled better when compared to the bigger-brother hardware of the time than the Switch often does when compared to the PS4 and Xbox One lineup — let alone the PS5 and Series consoles. 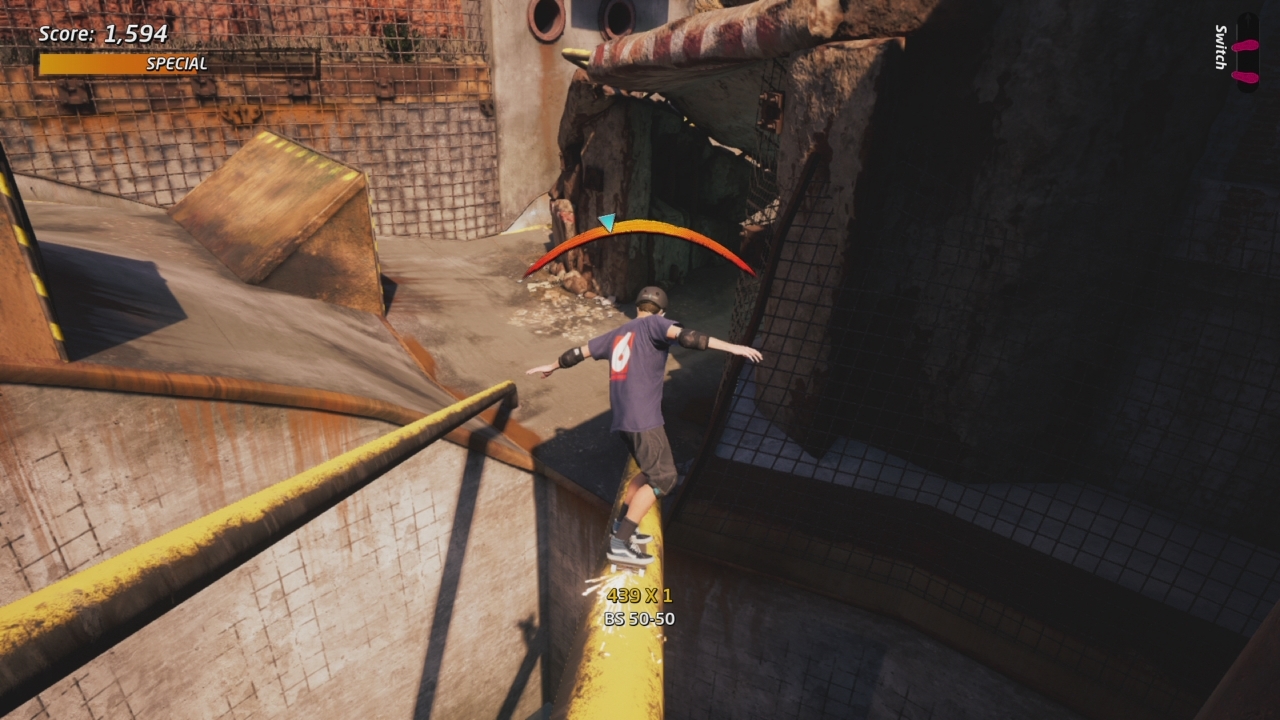 THPS 1 and 2 Remastered Xbox One

Games using Unreal Engine 4 like THPS Remastered means that it can in theory run on the system, but that only means so much since there’s a lot to consider beyond the core game engine a game is crafted on. With the PS2 and PSP, the games could look similar, but with a drop in resolution and lighting effects to better-fit the hardware. Here, they’ve tried to keep the experience as intact as possible, but in doing so, wound up crafting a game that just doesn’t look fully-optimized for the hardware. Thanks to the consistent framerate, it does still play well and doesn’t mess with the timing all that much compared to the Xbox One/PS4/PC versions — but it is hurt by its optimization at launch.

It’s a testament to how rock-solid the remastered edition is that all of the issues plaguing the Switch version at launch merely hobble it a bit. Every major issue with the shadows can hopefully be fixed in time, and in the right environments — like those without a lot of real-time shadows — the game looks good. It controls nicely with the Pro controller, although I wouldn’t recommend trying to play it on the go without at least some grips on your Joy-Cons to help with movement and some kind of a grip case for longer, more comfortable play sessions. As time goes on, I’m sure we’ll see this incarnation get better, but it’s a tough recommendation at launch unless you’re dying to play the first two Tony Hawk’s Pro Skater games on the go. The overall game is outstanding, but the Switch version has too many rough edges at launch.