I’ve been sinking a lot of time into Guilty Gear Xrd -SIGN- lately, and I’m floored by the advances that Arc System Works has made in bringing their groundbreaking fighter to the current generation. The combat feels spot on, the netcode is top-notch, and I didn’t even know it was possible to do some of the things they do with the Unreal Engine. With 3D models are indistinguishable from hand-animated sprites, and remarkably that extends to the combat, which is as pixel-precise as any fighting aficionado could hope for. Even the likes of Capcom and Nintendo struggle to make their 3D fighters feel this fine-tuned. But while overall Xrd represents a great direction for the future of fighting games, one key part of it seems stuck in the past.

This seems like a kind of obvious thing to say, but fighting games are multiplayer games first and foremost. When I bring a new fighting game home, the first thing I’ll do with it is invite a friend over to play a few rounds. I’ve sunk upwards of a hundred hours into the BlazBlue series without finishing any one of the campaigns, and Persona 4 Arena Ultimax is one of my top games of the year despite the fact that I’ve never touched the story mode. Nothing in these games should get in the way of two buddies who want to beat the crap out of each other – least of all a single-player mode that they might never play. Few things are quite as obstructive as unlockable characters. 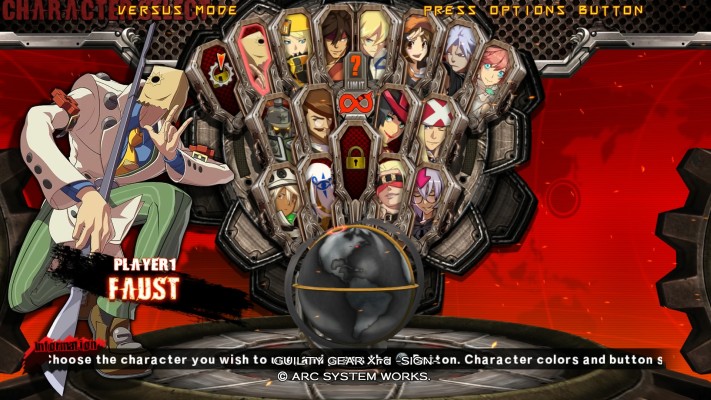 Characters represent the bulk of content in any given fighting game – they act as both player avatars and boss encounters, and in a good fighter each matchup is fundamentally different from the last. Judging fighting games by the same standards as most other genres, it makes sense to stagger this content and give players a sense of progression, but it fundamentally undermines what the genre is really all about. The fun in fighting games comes from experimenting with different characters against your friends – AI opponents can never really measure up to the fascinating psychological aspects of PVP – and a sense of progression grows out of that naturally as you learn matchups and get better with your preferred characters. Just learning a given fighting game provides hundreds of hours of entertainment, and once you’ve achieved mastery the possibilities of the tournament scene are nearly endless. It’s flat-out disrespectful to waste players’ time in a mode totally unrelated to the game they want to play.

Two of Arc System Works’ games over the past year have locked up characters in their story modes – GUILTY GEAR Xrd and BlazBlue Chronophantasma – and it makes both titles quantifiably worse. If you’re one of the seven Overture  fans excited to play as Sin Kiske, then you’re going to be disappointed when you boot up the game and find him locked behind a 200,000 credit paywall in the gallery. If you’re super stoked to try out Kagura in Chronophantasma, seeing him tied up at the end of the bloated story mode is incredibly disheartening. You can pay real money to unlock both of those characters instantly, but that doesn’t sit right – in days past a cheat code would have solved the problem for free. 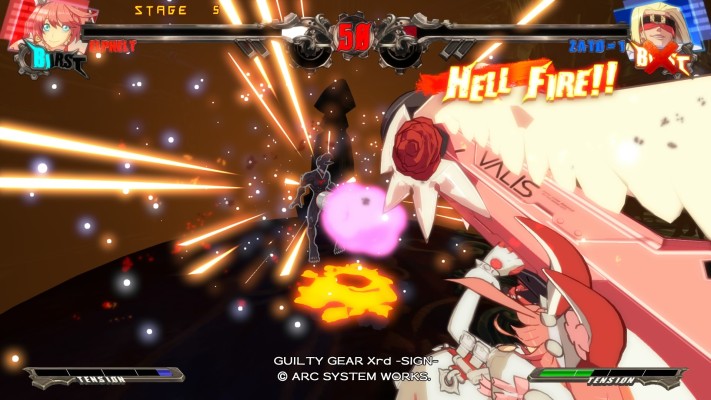 I’m not coming down on DLC characters here. Game development is a costly prospect, and creating a new character for a highly-technical fighting game is one of the most intensive design challenges in the business. It essentially combines the workload of designing a new player avatar and designing a new level that’s fun for every single other character already in the game, and it places an immense burden on coders and animators. If you need to sell a character as DLC to justify all of that work, that’s understandable, and frankly I can think of few better-valued add-ons this year than Kokonoe for 8 dollars. But if a character is available for free then it clearly doesn’t need that same justification, and even if it is objectively more fair to let players pay to skip the unlock process instead of just forcing them to wait, it feels like extortion.

Arc System Works’ approach to unlockable characters is ultimately more a problem of perception than anything else – the same can’t be said for Super Smash Bros. The Smash games do a lot wrong when it comes to competitive game design – players have to disable half the mechanics to make them even function properly, and only a fraction of the characters in any given game are viable – but their least multiplayer-friendly feature by far is hidden characters. Smash Bros. for Wii U has shown improvements on all of these fronts, but it still withholds nearly a quarter of its roster from the outset, and a full third of the 3DS version’s characters are locked at the start. Admittedly three of those characters are clones, and you can earn unlocks just by grinding multiplayer matches, but it’s still a cavernous and unnecessary timesink, and it puts a serious damper on your plans if you want to bring the disk over to play in a friend’s console. 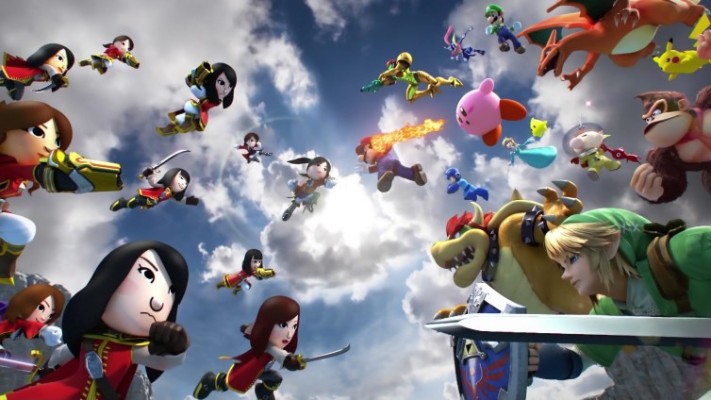 It’s not just a question of convenience, either – it creates balance issues for low-level play, which is the last thing the genre needs. Playing even a slightly greater variety of matchups with your main can have a drastic impact on your abilities against every character, and that advantage can make an otherwise close match very one-sided. And, of course, there’s an inherent advantage in using a character against which your opponent has no experience. Fighting games already have problems with accessibility – the skill gulf between new and veteran players is broader than any other genre besides real time strategy – and creating gaps between low-level players who’ve bought or grinded for characters and those who haven’t only exacerbates that. If a player doesn’t know a matchup, it should be because they haven’t bothered to study it yet – not because they haven’t had the chance. This is a problem for DLC characters as well, but at least they exist for a reason that makes sense.

The very notion of unlockable characters is archaic – a holdout from a time when arcade ports needed ways to pad their length. Nowadays, with increased disk space, there are plenty of ways to motivate completionists without negatively-impacting versus mode. Unlockable videos, music, and concept art can give players a deeper appreciation for a game’s aesthetics, while new color palettes, costumes, taunts, and announcer voices let competitive players show off a bit of personal flair. The latest entries in both Street Fighter and Tekken both adopted this approach, and both Capcom and Namco have received nothing but praise for the decision.

The really strange thing is that this is new for Arc System Works. Persona 4 Arena has all of its characters unlocked from the outset, and while all of the BlazBlue games feature downloadable characters, it’s only recently that they’ve started tying up characters up in story mode. I’m not sure why ASW felt the need to make this change – their games have developed a strong following precisely because they’re so tournament-friendly – but I hope they reverse the decision soon.