While it isn’t the insanely progressive experience we all hoped it would be, Destiny can still be pretty entertaining. Sure, the story’s quality falls somewhere between “Um” and “Pure Garbage” (Editor’s Note: These are not actual points on the Hardcore Gamer Scale), but does that truly matter? The menu-based navigation system may transform the exciting prospect of exploration into a glorified list, but that’s not keeping millions of people away from their televisions. Destiny is all about shooting and looting. It’s an experience that’s strengthened through level grinding, character modification, and gear acquisition. Destiny certainly proves its worth as an engaging action-RPG, but I feel like I’ve played something recently that does all of these things better. 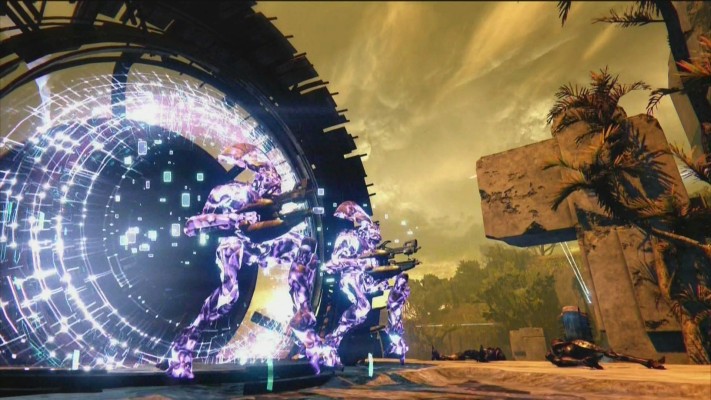 Before you all tear me to threads, yes, I fully understand that Diablo III is a traditional top-down action-RPG and Destiny is a (sigh) socially-connected first-person shooter with RPG elements. There is a blatant gameplay difference between these two titles, that much is more than clear. Outside of its admittedly fantastic shooting, Destiny shines brightest when one is playing its numbers game. Should I upgrade to this high-armor helmet, or should I use the less powerful version with better upgrade potential? Does this weapon give me the best damage statistics I could possibly have at this point? Diablo III isn’t just a superior action-RPG, it feels like a more mature version of Destiny.

There are parallels between the good and bad aspects of both games. If you truly care about the Diablo III story, more power to you, but something has gone horribly wrong. Deckard Cain and his merry band of thieves are merely in the picture to provide context for the countless demon babies and crazy skull birds you’re throwing poison frogs at. Diablo III‘s bosses have frequent dialogue not to make you feel anything, but to establish why they’re showing up in the first place. Destiny‘s story provides even less context for what you’re supposed to be doing, but it still gives you some semblance of purpose nonetheless. There’s a bland story detailing the Good vs. Evil clash between The Traveler and The Darkness (those names are still painful) that exists only to minimize the amount of times the player wonders, “What in the name of Master Chief’s breastplate is going on here?” Narrative quality is placed firmly in the background in both titles, but even the most negative aspects of Diablo III are more entertaining than those of Destiny.

As was stated previously, Destiny‘s bread and butter is its combination of level grinding and loot acquisition. It’s exciting to unlock a new character class upgrade each time one levels up; when my Hunter gained the ability to triple-jump, my entire play-style changed for the better. The random engram drops are thrilling, as each one has the possibility to make a player’s Guardian far more powerful. However, more robust versions of these mechanics are what bring people back to Diablo III over and over again. There are more loot drops, types of loot, modifications, and statistics at play in Blizzard’s action-RPG. Sure, one might get more meaningless objects in Diablo III, but this is far more exciting than enduring Destiny‘s long periods of loot-free turmoil. Hell, even the amount of levels one can reach is higher, as hitting Level 70 in Diablo III is more rewarding than hitting Level 20 in Destiny. Paragon Levels, which essentially allow players to infinitely increase their character’s statistics after hitting Level 70 provide more endgame excitement than simply hoping for level-boosting Light Armor drops in Destiny.

There’s just so much more to understand in Diablo III than there is in Destiny. One only has to take a quick look at Diablo Wiki’s Attributes page to see how robust its skill system is. There’s a great deal of math at play at any given time, and while this could be explained in a few more paragraphs, I’m not trying to put you to sleep here. I am merely a lad who writes about video games, not a university-level differential equations professor (sorry Teach, perhaps I should have studied a bit harder in Math 255.01 sophomore year). Destiny has a few poorly-explained attributes, but nothing gripping enough to outweigh all of the craziness happening in Diablo III. I feel like I actually learn something each time I play Diablo, as opposed to feeling like I’m just doing things in Destiny. 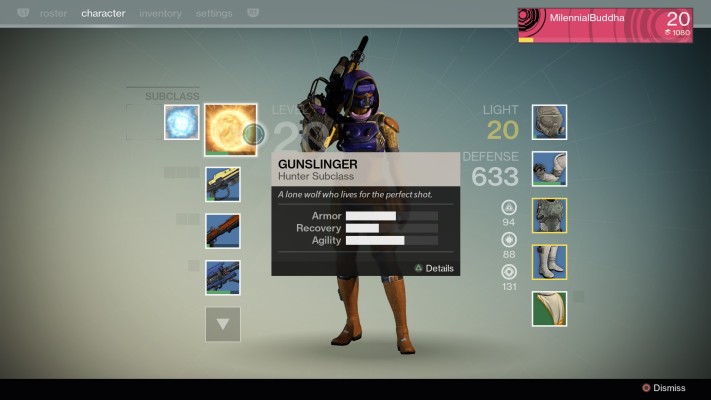 “But sir, Destiny has all this cool multiplayer stuff that Diablo III doesn’t have! What say you?”

Yes, while Destiny has its shallow MMO system that essentially turns random players into glorified non-player characters, it does do some truly neat things. The brand-new Vault of Glass raid seems truly epic in scale, as it is all but impossible to complete it in one sitting. Ignoring the logistical nightmare of having to coordinate times for a dedicated team of six players to play (good luck beating it with randoms), these massive cooperative missions could be Destiny‘s saving grace. However, Diablo III has the potential to be one massive cooperative raid in it of itself if players choose to play as a group. Diablo III: Reaper of Souls – Ultimate Evil Edition, which certainly loses the name war to the succinct Destiny, gives players the opportunity to play as a team throughout the campaign. What’s more, unlike Destiny, it doesn’t punish players who prefer to play by themselves. Add the fact that the friend-based loot-gifting system, which allows players to send and receive pieces of legendary armor scattered about the various dungeons, is unlike anything in Destiny, and it could be argued that Diablo III is just as solid of a multiplayer title as Bungie’s latest shooter. 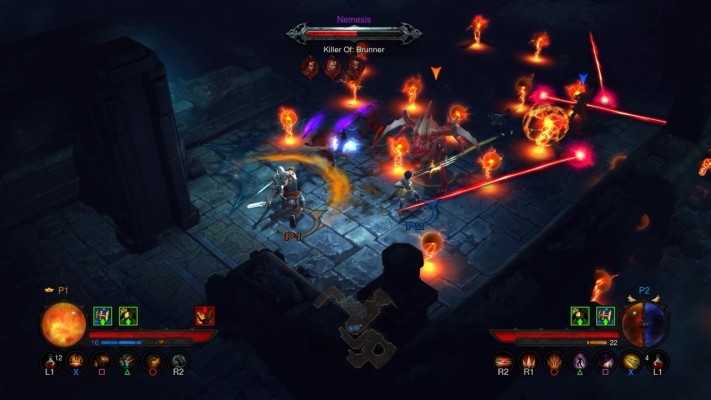 As much as I’m enjoying my time with Destiny, I can’t help but be drawn back into the addictive vortex that is Diablo III. It has everything I’m looking for in an action-RPG, from its deep statistical aspects to its rewarding loot system. While Destiny seems like it will be fun for a few weeks to a month, it’s easy to see myself playing the Ultimate Evil Edition off and on for the next year. If you’re looking to get your leveling on in Destiny, it would be wise to consider looking elsewhere before diving in.