One of the weirdest things I’ve done in recent memory is walking past a line of eager fans lined up to purchase Fallout 4 at the first possible moment in order to get a Steam Controller and a Steam Link. Sure, I was probably one of three people around the world who wanted to get their hands on the weirdest controller in decades right when it came out, but there was more to this than simple morbid curiosity. Fallout 4 seemed like the perfect title to test the Steam Controller out with, as it combines traditional controller elements with a combat system that simply functions better with a keyboard and mouse. If the Steam Controller really is all it’s been cracked up to be, then there should be a level of precision possible with that weird right haptic pad that simply isn’t available on a traditional gamepad. While the learning curve for Valve’s new piece of hardware is steep, those who take pride in using weird new pieces of technology will find that playing Fallout 4 with a Steam Controller is actually fun once you get over the initial hiccups.

The first thing you’re going to want to know before you hop into the Wasteland with your brand new Steam Controller is that there are already some pretty awesome high-accuracy joystick-mouse configurations available for download thanks to the combination of the rabid PC gaming community and the rabid Fallout fan base. Those looking to use the Steam Controller to play Fallout 4 likely have the same ideal goal in mind: to be able to use everything on the controller like a traditional gamepad, with the lone exception being mouse-like behavior on the right pad. Figuring out the perfect way to configure this on your own is actually pretty tough, as you’ll have to figure out the right sensitivity settings, haptic pad behavior, trackball tendencies and dead-zone functionality. Thankfully, there is one outstanding community-created layout that is already proving popular, and it’s outstanding to use as a baseline for some really awesome personalization tweaks. 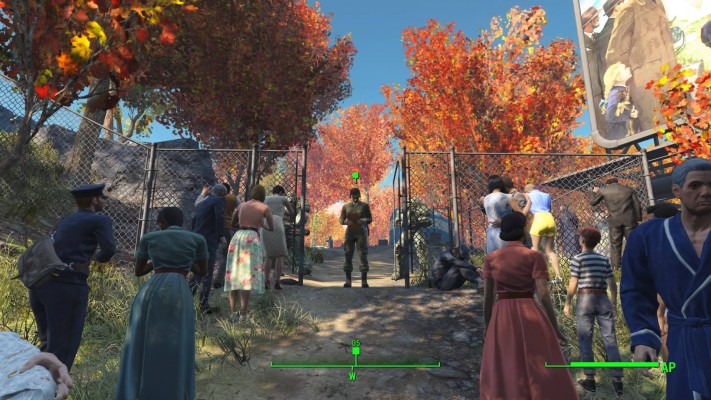 My personal favorite setup involves using DecoyOctorok’s FO4 GamePad with Precision Aim configuration and then tweaking the way that the paddles, right-pad click and joystick click function. The goal here is to take your hands off of the left stick and right pad as little as possible, while still having the ability to do everything that you want to in terms of movement. If you map the sprint function, which does not need to be held, to the left paddle, the jump function to the right paddle and the ability to interact with objects to the right pad’s click, you’re going to be able to move wherever you want without having to take your thumbs off of the sticks. Bear in mind, this means that you’ll have to map sneaking to some other part of the controller, but at the end of the day, being able to be quick without having to use the face buttons or a joystick click is definitely a luxury. The other personal tweak that makes my set-up a labor of love is that, since you can put keyboard inputs onto the controller’s buttons as well, I’m able to Quick Save by clicking in the joystick. That’s right, thanks to the Steam controller, you can have all of the F5 goodness of a keyboard and mouse but on the couch instead. If that doesn’t get your nerd senses tingling, I’m not sure what will.

Still, it’s one thing to play with Valve’s intimidatingly robust controller customization tools, but it’s another thing entirely to play Fallout 4 with a Steam Controller. If this is the first game you’re using Valve’s new piece of hardware with, then there are absolutely going to be some growing pains, but they end up being well worth it. Bear in mind, if you’re the type of gamer who doesn’t enjoy a bit of a challenge, then this is not going to be the controller for you, as you have to completely learn how to play a video game again. At first, I found myself jerking the camera around the screen, thinking that the right pad would behave exactly like a mouse and not like the mouse-trackball combination it is. The biggest recommendation for becoming competent in Fallout 4 with a Steam Controller is to invest in a sniper rifle, as this weapon type will give you the trial by fire that you need to use this hardware successfully. By using a scope to train yourself what large and small touchpad movements do, it’s clear that with some practice, the Steam Controller will absolutely be able to provide a more precise alternative in Fallout 4 than a traditional controller. Lining up headshots becomes more and more intuitive every single time you aim down the sights, and those who learn to use flicks for larger movements and simply thumb movements for precision will find themselves killing a ton of enemies. Make no mistake, the adjustment period, which I am still currently in, isn’t pretty, but the little moments along the way where everything clicks makes the challenge all the more rewarding. Outside of using a sniper, simply running around and getting used to the way the camera reacts to the haptic pad is your best bet for adjustment. 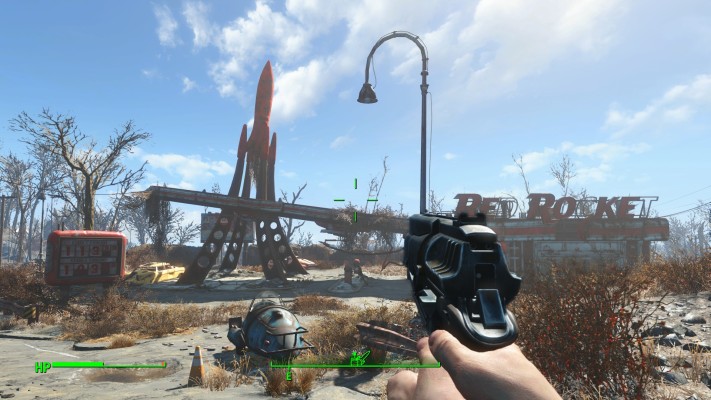 If you’re the type of gamer who swears by either keyboard and mouse or an Xbox One pad, then the Steam Controller will almost certainly take away from your Fallout 4 experience. The thing is, this isn’t really a product designed for that group of people, so those looking to use a dense sandbox to experiment with new technology are going to find using the Steam Controller incredibly rewarding. While a lot of the early impressions painted a negative picture, it’s clear that this is a control mechanism that just needs a bit of love before it clicks. Fallout 4 is the perfect title to use to get yourself acquainted with Valve’s new controller, as you’re going to have endless time in a mechanically consistent environment to learn its quirks. From its precision-heavy first-person shooting to its numerous menus, Fallout 4 is going to show you everything that the Steam Controller can do. Time will tell if gamers, including myself, wind up using this instead of a traditional controller, but there’s something oddly exciting about learning a new way to play video games in a title that’s loaded with mystery itself.