After almost five years, fans now find themselves only a month away from the newest entry in Bioware’s space RPG franchise, Mass Effect. Abandoning a futuristic vision of our galaxy for an entirely new one, Mass Effect: Andromeda is looking to take full advantage of the current generation of consoles with vast improvements to the storytelling, exploration and combat. While Andromeda does seem to be taking drastic measures to distance itself from the first three games, there are quite a few lessons Bioware could (and should) take that would greatly benefit the upcoming spinoff. After all, many aspects of the first three games were largely well-received, save for the somewhat dated nature of the first game’s combat and the controversial ending to the trilogy as a whole. Nonetheless, as the studio nears completion of the Ryder family’s first adventure, let’s take a look at one key aspect of each of the previous games that Andromeda will hopefully not only implement, but also improve upon. 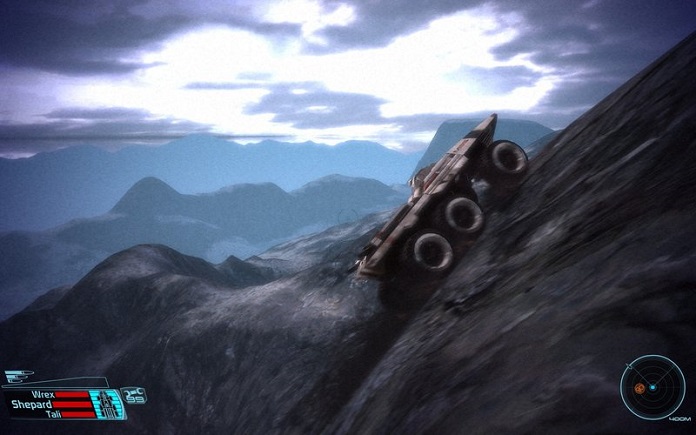 The first Mass Effect is well-known for its use of one-off mechanics that failed to appear in the rest of the franchise, such as overheating weapons and an automatic cover system. Easily the biggest feature of Mass Effect that never resurfaced in later entries was a large-scale vehicular presence, both in terms of exploration and combat. Many of the missions within the game offered vastly different areas to traverse, complete with mountains to scale and enemies to run over, all thanks to the uniquely-controlled M35 Mako, whose usefulness remains hotly contested to this day. Mass Effect: Andromeda is looking to offer a return to those giant landscapes to drive through, featuring a new vehicle, the Nomad, and a substantial overhaul to the driving mechanics, thanks to some assistance from the team behind Need for Speed. This long-awaited reappearance is one that’s sure to please those who saw the potential that the Mako held almost a decade ago, and possibly make believers out of those who believe Mass Effect’s traversal and combat should be solely left to the bipeds.

Mass Effect 2 is not only often pointed to as the fan-favorite of the series, but as one of the best RPGs of all time, thanks to more refined gameplay and an improved presentation. Most notably, Mass Effect 2 tells a truly compelling story that features a strong sense of pacing and scope, tasking players with surviving a likely suicide mission by any means necessary. The plot also does an excellent job at allowing the spotlight to shine brightly on each of the members of Shepard’s squad, enhancing their relationships with the player, Shepard, and the other passengers aboard the SR2 Normandy. With a whole new cast of characters being introduced in Andromeda, Bioware should draw heavy inspiration from the loyalty missions of Mass Effect 2, in order to most effectively develop a squad worth fighting for, and creating a new set of human and alien friends that stick with players for years to come. 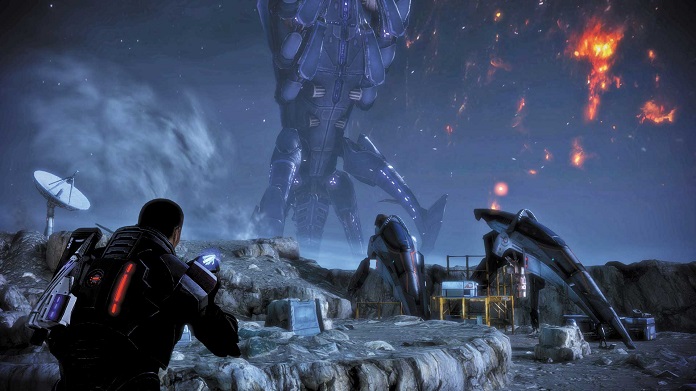 The final entry in the Shepard trilogy initially came out to positive reception, only later becoming inseparable with the overwhelming reaction fans had to its simplistic conclusion. But looking past that, Mass Effect 3 has arguably the most encompassing plot of the series, as well as, more importantly, the full realization of the real-time third-person RPG combat that Bioware had set out to make five years prior. Featuring a proper cover system, new weapons and abilities, and plenty of enemy variety, Mass Effect 3’s gunplay pushed the franchise to new heights, even allowing the addition of a co-op multiplayer mode that felt like a logical step forward as opposed to a tacked-on afterthought. Just last week, Bioware released a comprehensive overview of Andromeda’s combat, which looks to completely redefine how RPG combat is supposed to play once again, favoring fast-paced action and multiple playstyles that can be switched on-the-go. If Bioware can learn from the successes and failures of each of these three important aspects from years past, then fans will have plenty of reasons to count down the seconds until March 21 when Mass Effect: Andromeda releases on PS4, Xbox One and PC.

What has you most excited about Mass Effect: Andromeda? What do you hope Bioware improves upon from the original trilogy? Let us know in the comments below.