Let’s get this out of the way: I don’t like multiplayer online battle arena (MOBA) games. I’ve sampled all the big ones including DOTA 2, League of Legends and Heroes of Newerth. When I needed to know what all the fuss was about I can honestly say that I gave them a fair chance. I learned the game mechanics, played with and without friends and even won some matches, but I never caught the bug.

Heroes of the Storm (HotS) is Blizzard Entertainment’s convincing entry into the genre. It’s currently in a closed beta phase and, like most MOBAs, will be free-to-play when it launches sometime this year. Players can purchase new heroes, mounts and other cosmetics using the in-game gold system or a real-world currency. Said gold is earned by reaching certain milestones (level, wins, etc.) or by completing daily quests – play three matches as a warrior, for example. A weekly rotation of up to seven free heroes can be used in quick matches and all other heroes can be tested out before purchasing. The point is it’s a fair business model that is most certainly not pay-to-win, assuming the game remains balanced. 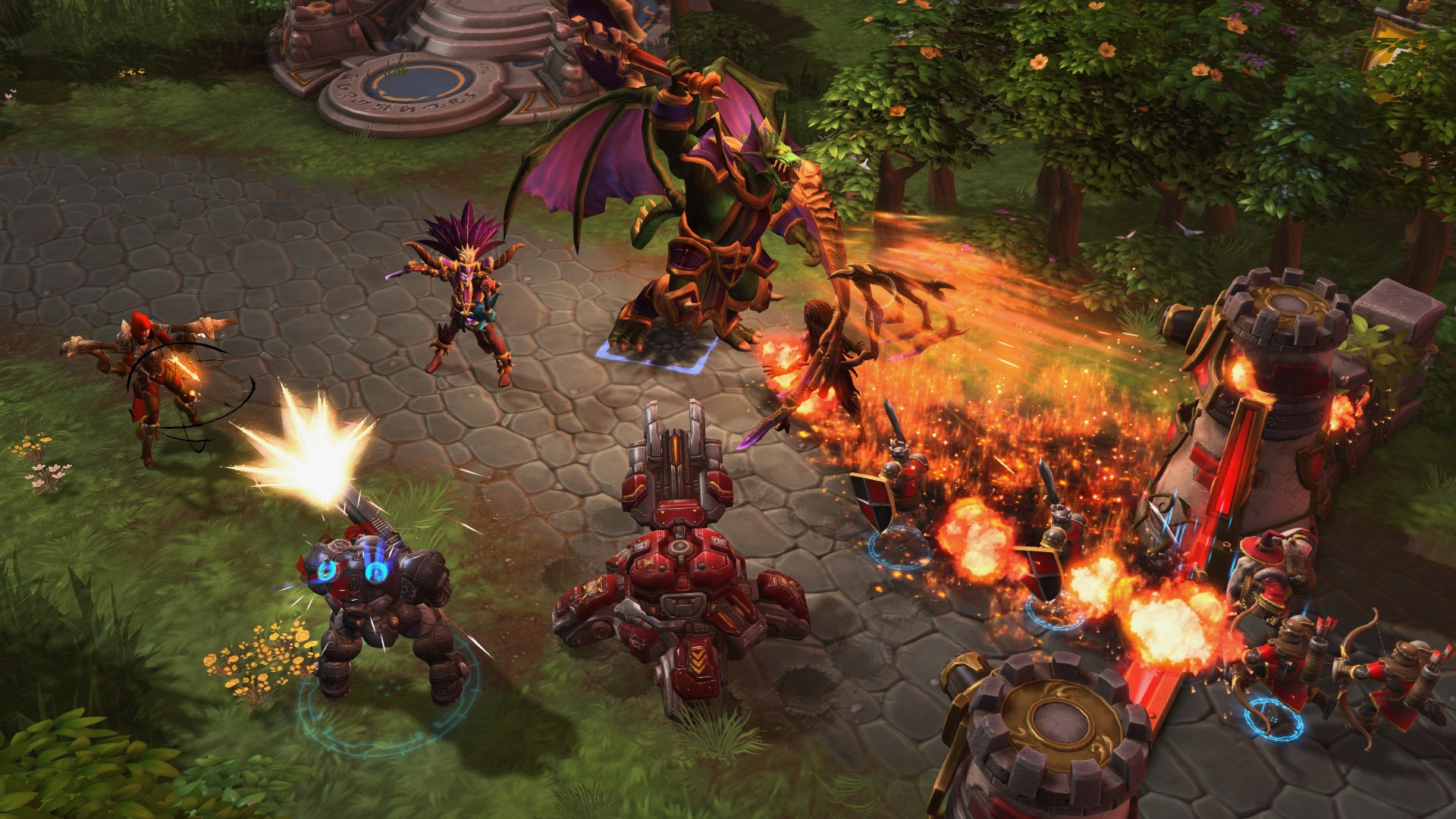 Its biggest achievement, however, is accessibility – presumably by design. Like many great games, it’s easy to play but very difficult to master. Fans and non-fans alike will probably agree that MOBAs are typically not the easiest to get into. A well-established, notoriously loyal and occasionally toxic playerbase can make it difficult for newbies to gain traction. But here’s where I think HotS does it right: it’s through and through a team-oriented game. There is no currency or complex system of items to toil over; instead, all experience is shared by the team and individualistic solo play is often discouraged lest it result in the opposition taking advantage of an isolated hero. Team fights are a common occurrence where coordination and communication make a difference.

To spice things up, each of the maps has a unique theme that dictates a certain style of play. For example, one arena has teams battling over gold coins found in treasure chests and AI-controlled encampments. Those gold coins can be offered up to a boisterous pirate-captain near the center of the map. Once a certain amount has been paid, the captain will order his ship to fire upon the opposing team’s structures, dealing massive amounts of damage for a short time. Other maps allow you to summon a player-controlled dragon knight or enlist a bone golem by collecting skeletal remains from a darkened mine. Each one feels fun and alive thanks to easily distinguishable characteristics and gameplay mechanics. 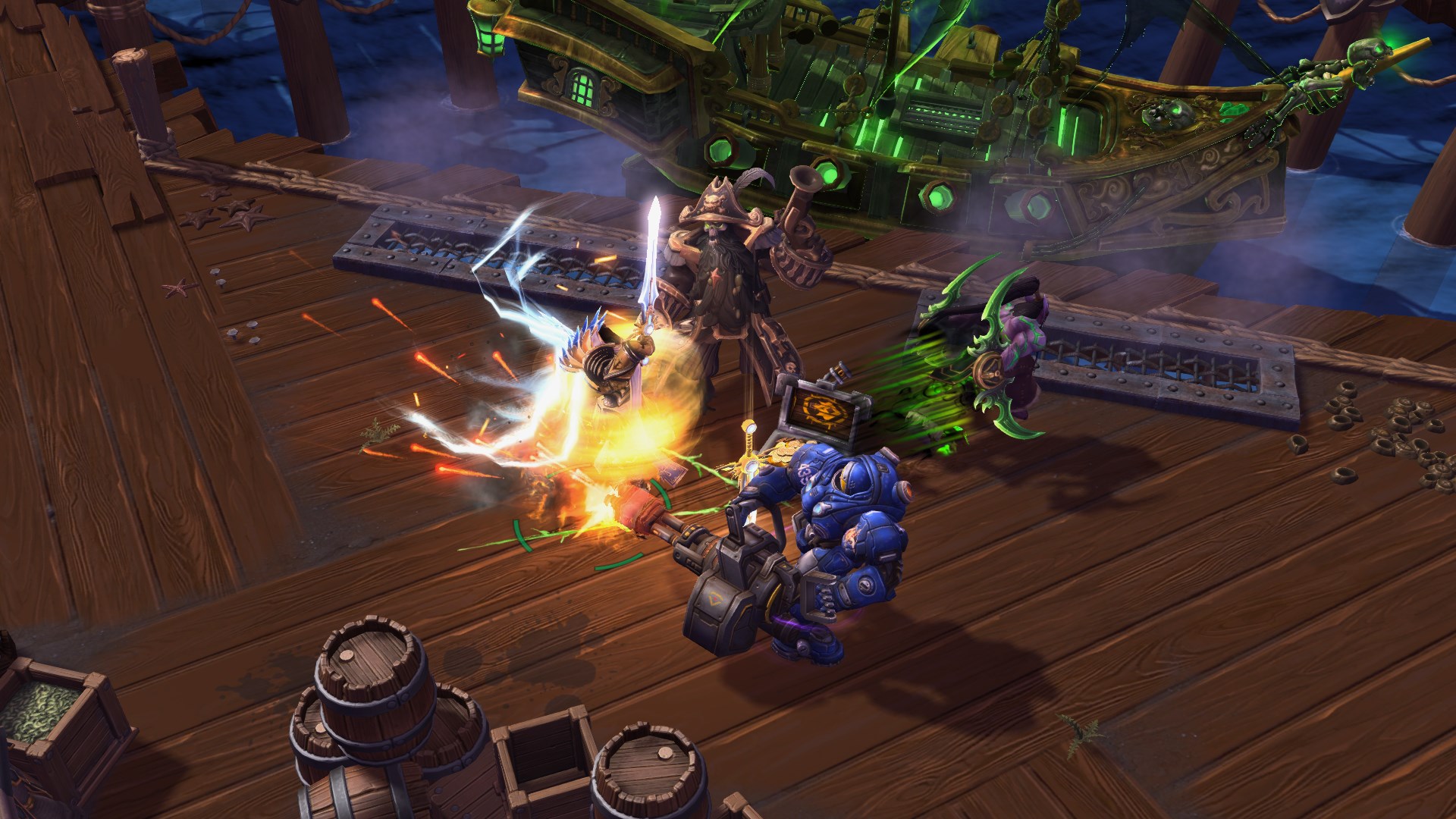 At this point I can image what most of the MOBA purists are thinking: it’s too casual. Where is the skillfully timed “last hit?” Where are my items? Why can’t I carry my team? Call it what you will but I never much cared for any of that. I would rather fight alongside my teammates without having to worry about 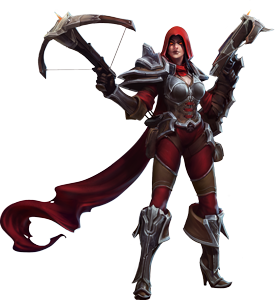 who hits an enemy minion last. Talents, selected at different team levels throughout the match, are, in my opinion, a better way to build a variety of heroes. Finally, a team game needs to do just that: encourage team work. Individual heroes should not be more powerful than others nor should they be able to find success in a lone-wolf style of play. HotS does a great job of rewarding team play through map objectives, skill (ability) synergy and shared experience. And if you still believe the game is too simple to require much skill, look to established e-sports organizations like Cloud 9 and Team LDLC for more.

Don’t get me wrong, games like DOTA 2 and League excel at what they set out to do and have obviously found an enormous audience. But for players like me – the ones who want to casually play a few matches from time to time – Heroes of the Storm is a perfect fit.