On the surface, Outlast seemed like just another hackneyed attempt at terrifying players: “paranormal” activity, a camcorder acting as your only weapon against the inevitable threats, and film grain to boot. Before downloading it, I checked around my usual haunts: Twitter, Facebook, forums, etc. to answer the age-old question: would it be worth my time?

Perhaps a disclaimer is required here: horror is a passion of mine that I take just as seriously as writing about and playing video games. I live to be scared, disturbed, or chilled to the bone. Granted, I’ve seen a lot, so there are very few things left in gaming (or any other form of media for that matter) that can send shivers down my spine. When there’s something new on the horizon that shows promise, I make it my business to investigate it. Outlast received glowing praise across the board, so I purchased it. I took the plunge. 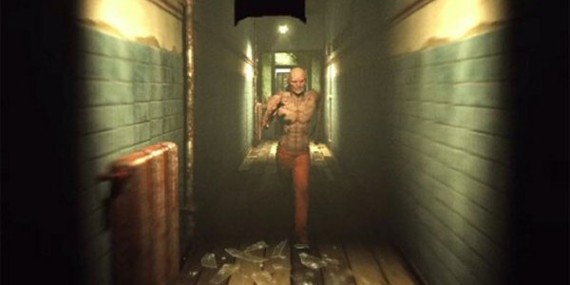 I was greeted by a first-person adventure that took me to the depths of a mental asylum teeming with “patients” that seemed far beyond the reaches of what any kind of therapist or doctor could ever solve. Twisted bodies, mutilated limbs, and blood-soaked halls waited around every corner. Sometimes a door would unexpectedly swing shut or I’d happen upon a corpse on a toilet, blood spilling out into the bowl below. The lights flickered. A lot. And in the thick of it all was a suspicious priest who seemed to be on my side at first — I’m still not sure about him.

It wasn’t until the pursuit that followed that I felt fear. When I started being chased by deformed beasts who I’m sure were human at some point, ducking into lockers and under hospital beds to protect myself became the norm. In complete darkness, the only light I had emanated from the infrared mode of my camcorder. The thrill stemmed from the case, and that’s what Outlast excels at. You never know where or when you’ll be discovered, but if you are death is guaranteed. 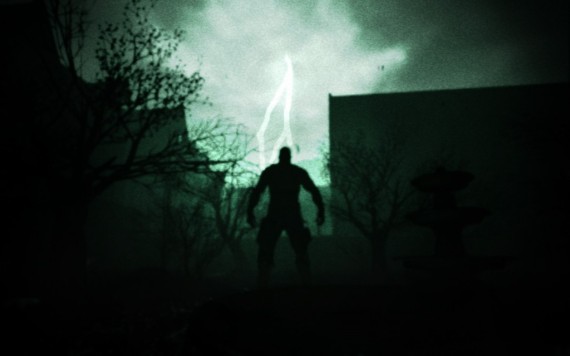 You have no way to defend yourself. It’s a bit like real life, though I have to imagine in the real world my hands would find my way to eyeballs, where my fingers would gouge them out to buy myself some time. Outlast strips you of even the smallest luxury, and that’s what allows it to frighten me, despite the fact that otherwise, it’s truly not all that scary. The patients may not be as grotesque as they could be, and the environments not as varied, but Outlast succeeded in raising my heart rate, something that most games this console generation have not.

There’s a very simple explanation for this: the games packaged as “horror” fail to capitalize on mechanics beyond creepy visuals (which are usually never creepy) or jump scares. There’s no allowance for tension or anything that thinks even slightly outside the box when it comes to “scary” things. Chase sequences hardly work because 90% of the time you’re armed to the teeth and can blow away whatever threat you’re facing. What happens when you remove that control, though?

Outlast is flawed in many ways, but it’s the most exemplary offering these days of how to engage, entrap, and entice players looking for something that scares them out of their wits. There’s still a massive dearth of quality, frightening games out there in the wild, but releases like this one give me hope for the future.

A future of Lovecraftian horrors, I hope.