The big Nintendo news going around the web is the promise from Nintendo of America’s president that the Wii U has a long life ahead of it. Those who are paying attention know that this isn’t news at all. That isn’t just this humble gamer’s opinion, either. It’s echoed among dozens of video game reviewers across the industry. Using the one metric everyone seems to care about most — exclusive titles — Wii U’s exclusives in 2013 and 2014 had a higher average rating than exclusives of Playstation 4 and Xbox One, according to Metacritic ratings.

In fact, 2013 was a wildly successful year for Wii U exclusives. Of the 10 exclusive Wii U titles released in 2013, five of them sported at least an 80 rating, with two breaking 90 (Wind Waker and Super Mario 3D World). Not a single exclusive from Xbox One or PS4 broke 90, with highest rated games at 78 and 84 respectively.

And yes, this average rating did take into account the abysmal Mario and Sonic at the Sochi 2014 Olympic Winter Games. No punches were pulled in getting these averages. But hey, PS4 and Xbox One … they’re coming. Right?

If you think 2014 has been any kinder to these two platforms, you might want to take a moment and chew it over with Twix. Remember that already under Wii U’s 2014 belt are Mario Kart 8 and Donkey Kong Country: Tropical Freeze. With new titles in the Super Smash Bros and Legend of Zelda series imminent, Wii U isn’t slowing down. 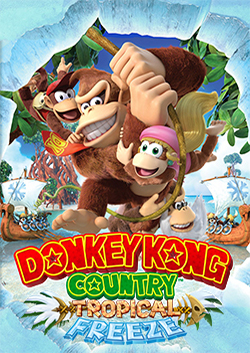 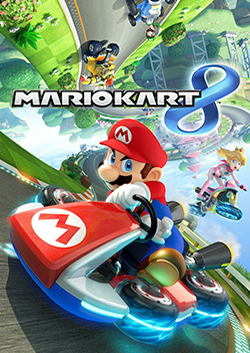 PS4 in the mean time has released Basement Crawl with a 27 metascore (remember the maximum is 100), albeit alongside Infamous: Second Son, which garnered an 80. Xbox One has been taking their time releasing exclusives in 2014, so there isn’t a comparable sample.

Smash Bros did disappoint a little at E3 by introducing Miis as playable characters, but then they brought it right back with an impressive Pac-Man demonstration and, while Amiibos are sure to irk hardcore fans of the game, those figurines are really nice. Does anyone honestly predict Smash Bros flopping, critically or commercially? Hyrule Warriors is especially exciting, since it doesn’t come across as yet another rehash, but I can see it being a bit of a letdown.

But that’s the thing. Even Wii U’s worst games aren’t really that bad. The three lowest-rated Wii U games are the aforementioned Sochi Olympic tie-in at 55, Game and Wario at 61 and Dr. Luigi at 65. Besides that, every Wii U exclusive has at least a 77 Metascore. Xbox One only has two exclusives that break 77: Dead Rising 3 at 78 and Forza Motorsport 5 at 80. Its three worst games are rated 23, 56 and 60.

PlayStation 4 might not be a fair comparison, since it only has 5 exclusives at this point, but what are its up-and-comers that can compete with the Wii U ratings? The Order: 1886? Not likely. Infamous: Second Son DLC? PS4-exclusive Destiny content?

You can talk about the Xbox One’s status as an eclectic media device, or rave about Playstation Plus, and you wouldn’t be wrong. But when choosing which gaming console to buy, the first consideration should always be games, and the Wii U has taken the cake and is now showing it off in Mario Kart 8’s Sweet Sweet Canyon.

Review scores were compiled via Metacritic into an excel spreadsheet and averaged. Games on both PC and a particular console were not counted as exclusives.