It’s been a long time since we’ve received a full-fledged Metal Gear Solid release on a console. The fifth iteration feels as if it has been in development forever, but hopefully in 2015 we’ll be able get our hands on it. The prologue, subtitled Ground Zeroes, was released earlier this year and showcased an open military-based area to explore with a strong focus on its new gameplay features. Kojima stated that The Phantom Pain would be 200x larger than its predecessor, but this causes some concern on if it detracts itself from being a stealth game with a more distinct focal point on action.

At E3 this year we got to see a sneak peek at a lengthy gameplay session of the upcoming sequel, now shown online, and it featured a semi-open world filled with exciting gameplay. After seeing it in action, it raised a couple of flags on whether or not the openness of the terrain is the right direction for the series. There’s no denying we greatly enjoyed what we saw, but the bits we saw that intrigued us the most weren’t of the open world but the more central areas of interaction. 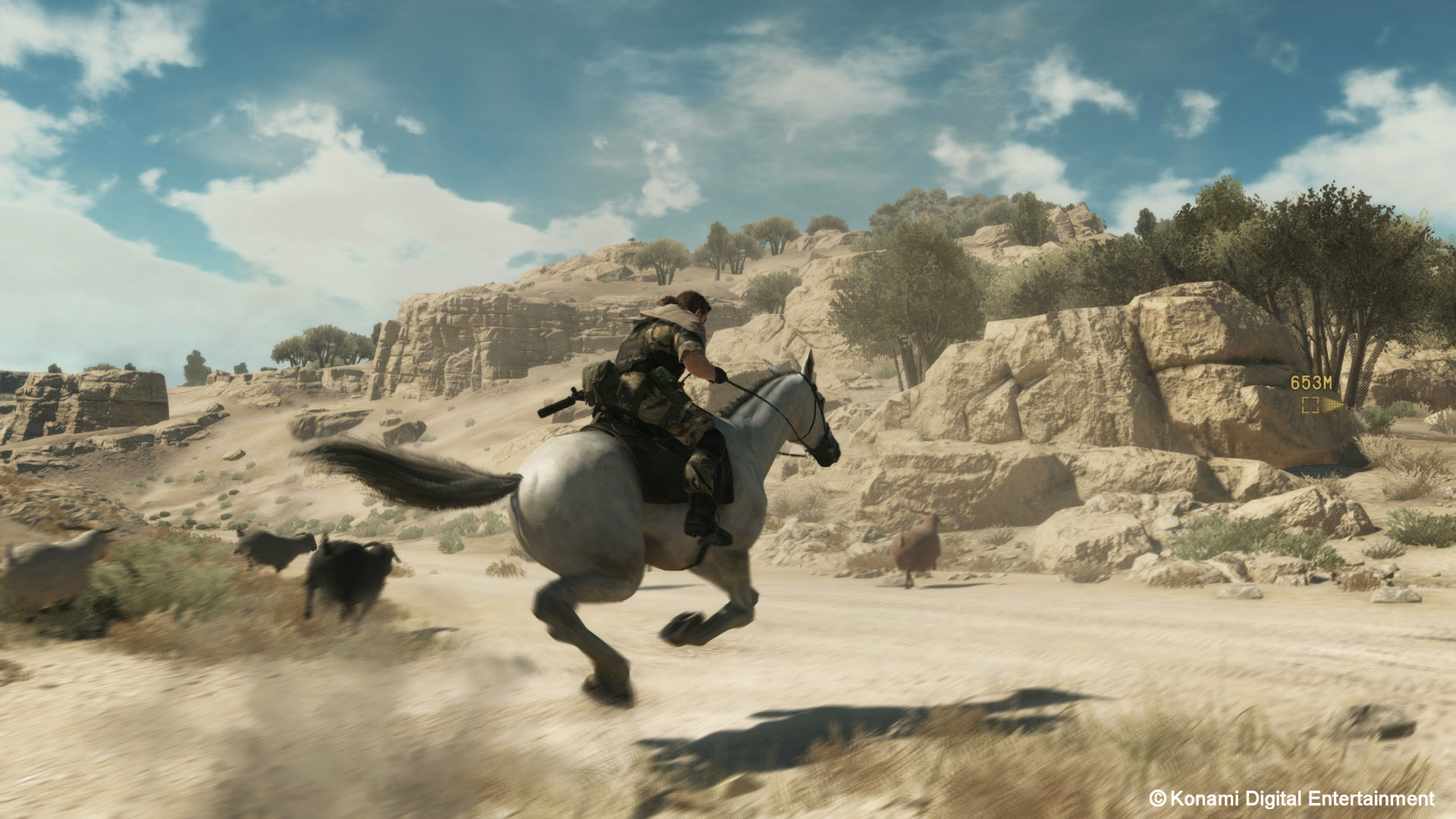 So now the big question is how much of the environments around Snake will be filled with well-constructed scenarios and how much will be lifeless. From the little we saw, the area was vast but with the exception of one core area, it was void of much life. There were a couple of buildings outside of the camp, but otherwise the main focus was centered on this one area with a simple mission to accomplish: get in and get out with information. This too was a concern in Ground Zeroes as you were assigned no more than a fetch quest of finding someone and extracting them, with the side objective of avoiding as much attention as you can.

I’m not saying having strictly confined environments is better than a vast and open environment, but at least in this demonstration, it was only there for a means of travel from Point A to Point B, not to mention to flex the visual fidelity of the world. Since the story seems to be more of a level-based progression, what’s the point of dropping Snake a kilometer away from his target with very little to be seen in the travel? With that said, there are some upsides to the view on open and more dynamic environments, but it really depends on your play style. For those who look to master each scenario by carefully planning out the stages of your attack, this is now more of an open approach that you’ll have to go with the flow. The dynamic weather, rotating enemy placement and random occurrences should alter scenarios in very different ways that could cause more chaos for those playing stealthy, but at the same time, give them more of a challenge. 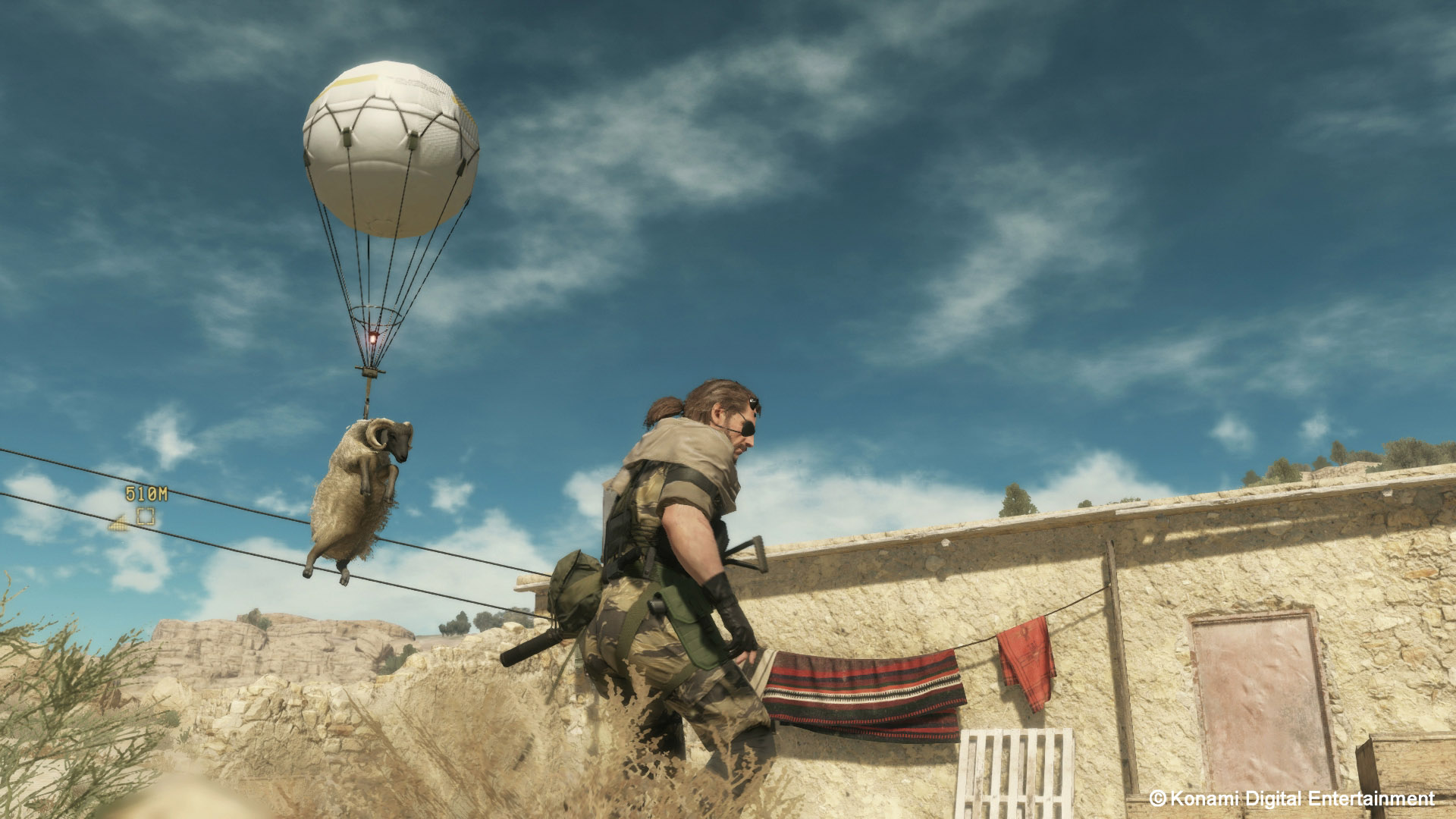 As I see it, Metal Gear Solid V is looking to either become a benchmark that will help revolutionize the way we play stealth action titles, or will deviate from what we’ve come to expect and just delude the genre. We’ve already seen what Ubisoft tried with Conviction (ultimately fixing the formula with Blacklist), but there would be cause for concern if they tried to implement Assassin’s Creed’s formula into the beloved franchise. The difference here is the demonstration at E3 had a world that was mostly empty and the more exciting moments were found in the area you were headed for. So at that point, why even have such a vast open environment in the first place when you could have a more structural pacing?

Metal Gear Solid V: The Phantom Pain is undoubtedly going to be a great game, but some of the features that Kojima Productions have been touting makes me question their dedication to the genre and whether it will be necessary for the series. It could very well have a positive impact on how we play stealth games in the future, but its deviation away from traditional formula and contained scenarios makes me worry the game has become an action game with stealth elements, and not the other way around by trying to play catch up with some of its designs. All we can hope is for the changes to be beneficial for the franchise as there needs to be a serious overhaul within modern action games as it is.