Joshua Long describes himself as jaded. That’s actually pretty common in this industry. You spend enough time at any studio, you come to realize that no one really has any idea what they’re doing. Sure, you’re surrounded by people who know UDK and Maya and Unity inside-out and backwards, but when it comes to the actual process of design, of constructing good experiences? Just about everyone is in the dark. What design theory exists is barely formed, so designers rely heavily on testing and metrics. Pre-production barely happens because, as it stands, you have no idea if a design is good or not until you’ve put in the work to make it. While studios have certainly succeeded in creating good games, even the most talented struggle to repeat it. That’s why even a luminary like Keiji Inafune can turn out a piece of trash like Yaiba.

Career paths in this industry are loosely defined, but even by those standards Josh took an odd trajectory to get where he is today. In his early 20s, he played Warhammer 40k: Dawn of War obsessively, to the point where he was able to turn pro. That turned into a multiplayer design role on the Dawn of War expansions and Company of Heroes, and in a few years Josh became lead multiplayer designer for Dawn of War 2. He and his team spent a lot of time iterating and spinning their wheels, and by all accounts they turned out a solid game. Like many companies, though, they didn’t exactly know how to repeat or improve on it. That’s where Alexandre Mandryka came in. The design consultant coached the studio in a pre-production-heavy, user-experience-focused design process, and by Josh’s account their next game was going to be incredible, up until THQ imploded on them. 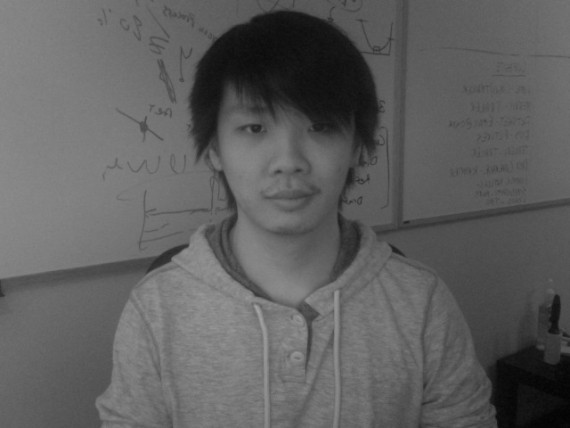 Josh still believes in that process, though, like an evangelist believes in his saviour. He thinks it’s the key to making amazing games on a repeatable basis. He’s also aware that most AAA developers are too big to take a risk on a process like that, which is why he turned down a job at Blizzard for the chance to prove it out with an indie game. Using the same process he used to make a solid competitive RTS, he’s planning to construct an emotionally resonant game in the vein of Limbo and Journey. It sounds crazy on paper, but despite his soft-spoken demeanor, when Josh talks about it you can’t help buying into his enthusiasm. When I told you guys about Oscar a month ago, I was intrigued by an artsy game that shifts its mechanics, style, and perspective to serve an emotional experience. Now that I know it’s a step in a quest for better design methodology, I’m really excited, and with just over a day left in the Kickstarter campaign I want to see you guys get excited too.