Do you have $25,000 burning a hole in your pocket and always fantasized about piloting a mech? You’re in luck as Fallout Shelter Arcade has listed four of their Tesla II mech pods up for sale. Described as a “Turnkey ready set”, the pods are two-tone grey and come complete with a console, mission review and live cam computer, a 42″ plasma TV, 4CD panels, an ethernet switch and a printer — all in excellent condition. We’re not sure exactly how much these bad boys originally retailed for, but considering all of the gizmos, materials and size involved, we imagine that this is a pretty good deal. 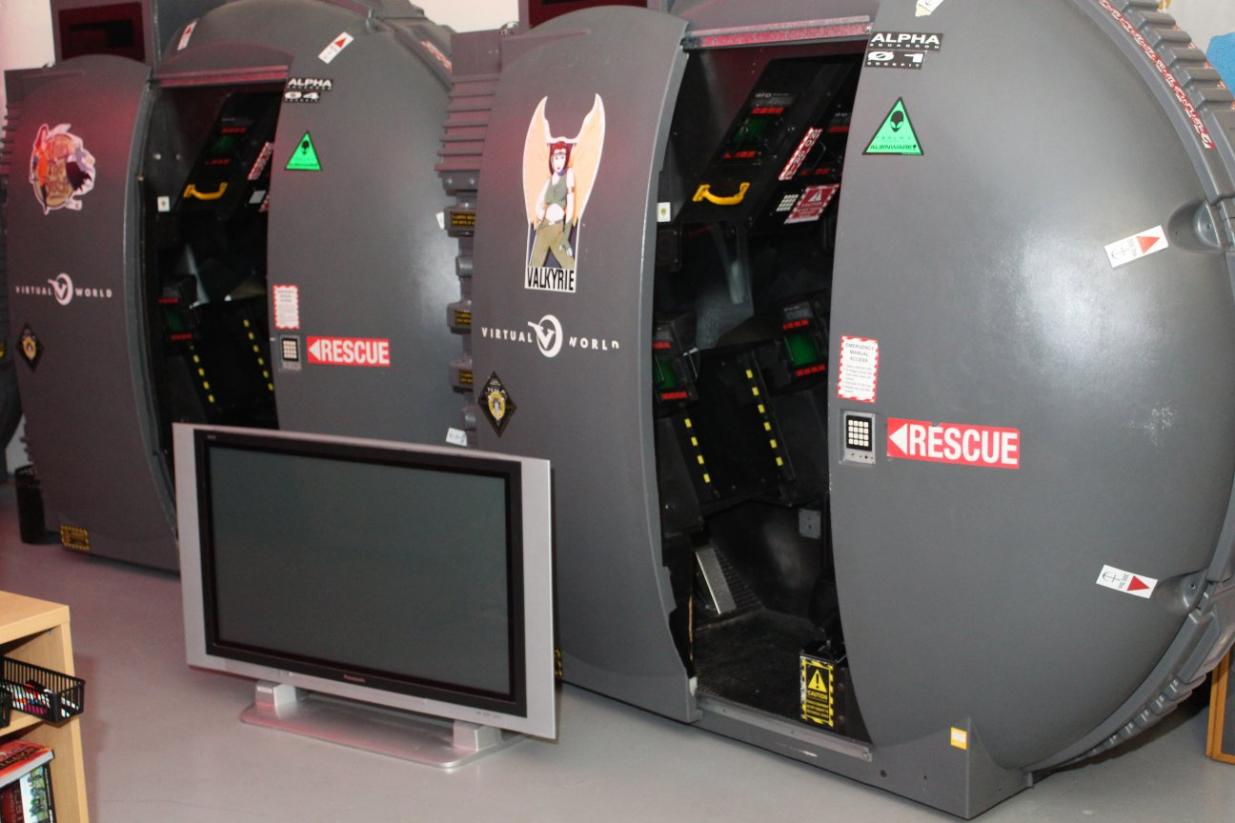 These pods harken back to the days of BattleTech Centers, a venture started by Virtual World LLC that involved opening up entertainment venues that hosted multiple “mech pods”. These pods were linked to each other, and eventually to other pods across the world, allowing players to battle each other in BattleMechs with perfect replications of the detailed operation of one of the behemoths. Twenty six centers were opened in all and instead of a leisurely time at the arcade were taken very seriously. There were leagues, tournaments, stat updating and many rivalries formed. After most of these centers folded, the pods briefly made appearances at Dave and Busters locations before being relegated to various gaming centers, conventions and private collections throughout he world.

Unfortunately, the graphical technology of the games supported (BattleTech: Firestorm and Red Planet) haven’t aged as well as the pods themselves, but there has been reports of people modding them to work with more modern mech games and other shooters. Due to their specialized appeal and the fact that not many were ever built, it’s rare when one goes up for sale, so those interested in opening up their own BattleTech Center (and please do) should strongly consider this proposition.

Check out a video below for a quick tutorial on how the pods work with Battletech Firestorm: