The Devolver Digital booth lined a good-sized section of a row of the Indie Megabooth,  and the five games on display did a fantastic job of exemplifying exactly what “indie” is about.  There’s not a bit of similarity among OlliOlli, Cosmic DJ, Not a Hero, Hotline Miami 2: Wrong Number, or Broforce beyond some superficialities in the retro-pixel look.  It was a nice wide booth of creative diversity, so let’s take a look at all the bits that made Devolver such a fun stop in a show already loaded down with a near-endless supply of amazing gaming.

First up was Not a Hero, the new game from OlliOlli developer Roll7.  This is a side-scrolling game where you choose a gunman to infiltrate a building, killing everything in your path in a deadly tactical action strike.  Planning an encounter is the only way to survive, because reloading takes time that the enemy is more than happy to use against you.  It might take a few experiments to come up with a good plan, but when you bust open a door to send a goon flying, throw a few bullets at the other people in the room, snap to cover against the wall to reload, slide-kick into an approaching enemy to trip him up and then execute him with a bullet to the face, it all becomes worth the effort.  The camera is pulled very far back, giving a view of nearly the entire building, so while there’s no excuse for surprises the game is still more than happy to blow your face off for the slightest bit of carelessness.

Sitting beside Not a Hero was the console version of OlliOlli, the side-scrolling score-chasing skateboarding game that recently came out for Vita.  It’s the same game we’ve already reviewed, looking sharp for its big-screen debut.  I was utterly terrible at it but had a hard time not trying again, on the theory that maybe this time I could chain a few moves together properly.

Cosmic DJ was next in line, and it was easily the strangest game of the bunch.  It’s a music game where you need to fill up a score meter by tapping out rhythms for each of the instruments available on a track, which the game then integrates into the song on the fly.  You start with a base beat, choose an instrument, and experiment until you’ve got a beat you like.  Filling up the meter is pretty simple, honestly, but the fun of the game comes from listening to the tune come together while the bizarre story of each chapter plays out.  In one level you put together a corgi from its component parts of head, body, and jetpack, then fill in a final tune while it happily rockets around a field.  I can’t say the music I built was particularly good, but Cosmic DJ did a fantastic job of turning into a great sounding noise. 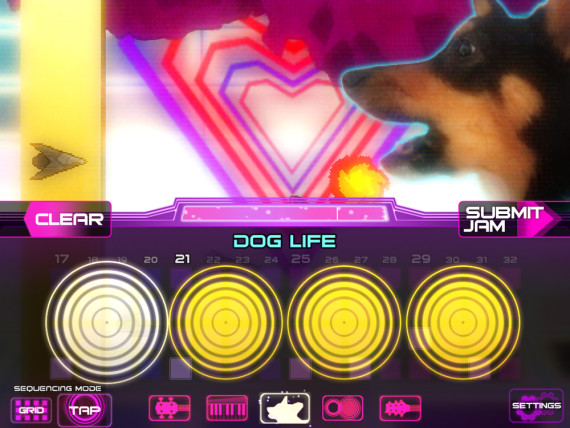 After that was Hotline Miami 2: Wrong Number, and it’s come along nicely since last year’s E3 build.  It’s more of what made the original game so popular, with the levels squeezing every drop of gameplay from the action.  New masks with new abilities, a helper to back you up, multiple characters with different but intertwining stories, and the same neon blood-drenched brutality make the conclusion to the Hotline Miami affair as compelling as the first game.

The last game on the list is also my personal favorite, Broforce.  This is pure side-scrolling run & gun mayhem, equal parts gratuitously dopey and incredibly clever.  You start each level with a random bro, each one modeled on a movie action hero, then blast your way through hordes of terrorists while freeing prisoners who add to your extra life stock.  When you free someone you automatically change to a random character, so the game becomes one of rapidly adapting your gameplay style as you go.  Every bro has a unique gun and special ability, so playing as the Brominator with a chaingun that shoots a constant stream of bullets but has a recoil that stops you dead in your tracks is very different from Ash Brolliams’ shotgun or Bronan’s sword.  The fully-destructible environments are both help and hindrance, as you blast the ground out from under enemies while possibly, if you’re not careful, dropping yourself off the level.  Single player tends to be more tactical than multiplayer, although both are packed with action and explosions that consume the whole screen.  It’s not that the game is a stop & think affair so much that it’s easier to plan a chain of explosions when your co-op partner isn’t charging forth with a shower of grenades and gunfire.  Broforce is ridiculously over the top, and the crowds around the display were having as much fun watching people blow themselves up as they were actually playing. 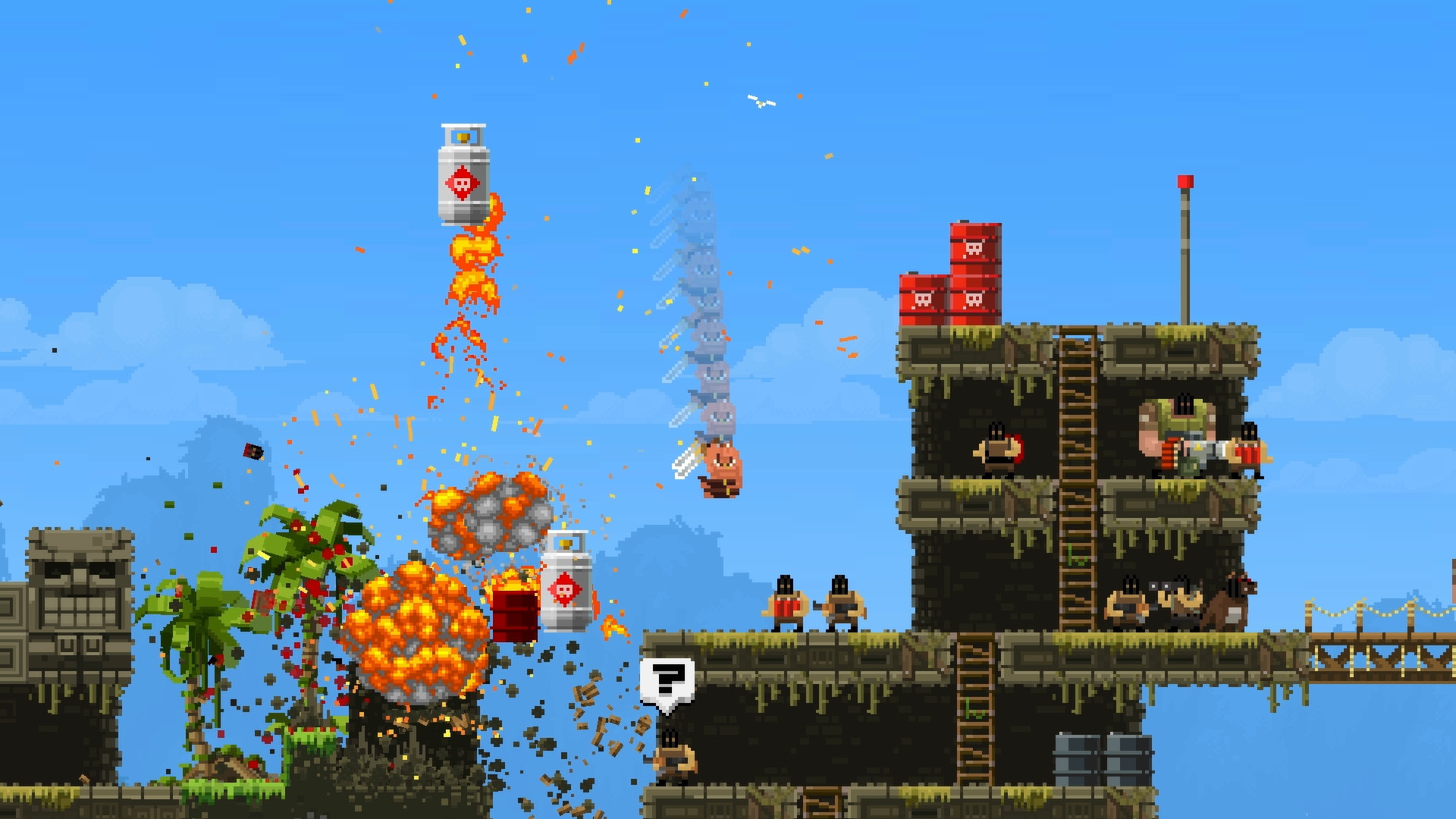 So that’s music, action, two types of tactical action in very different perspectives, and skateboarding.  Each game is completely different from the others and there wasn’t a dud in the lot.  Devolver Digital’s booth was a showcase of indie gaming variety, and every game in it was worth anticipating for its own unique reasons.