A new addition to the game, Half-a-Minds in the Psychonauts 2 Mental World are precisely what they say: half of a single brain, dancing around on two legs, surrounded by an aura. For every two you collect, Raz will receive a permanent health upgrade, potentially going from three units of health to fourteen. 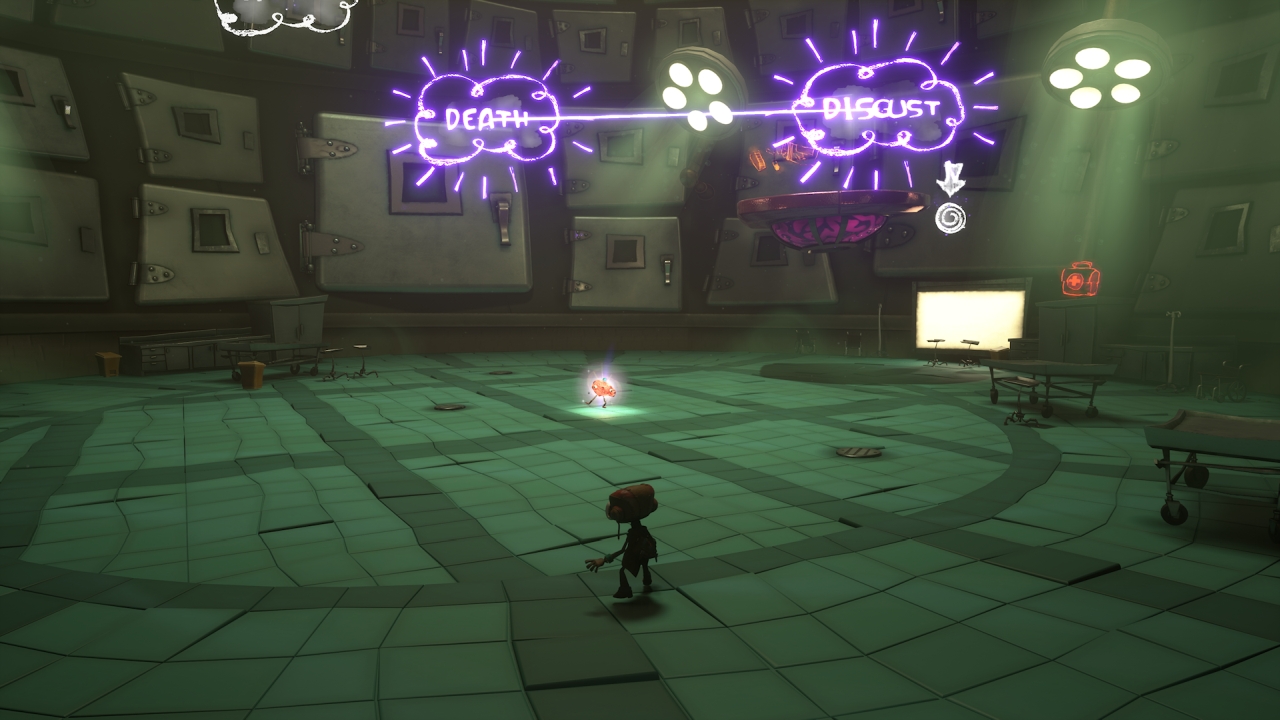 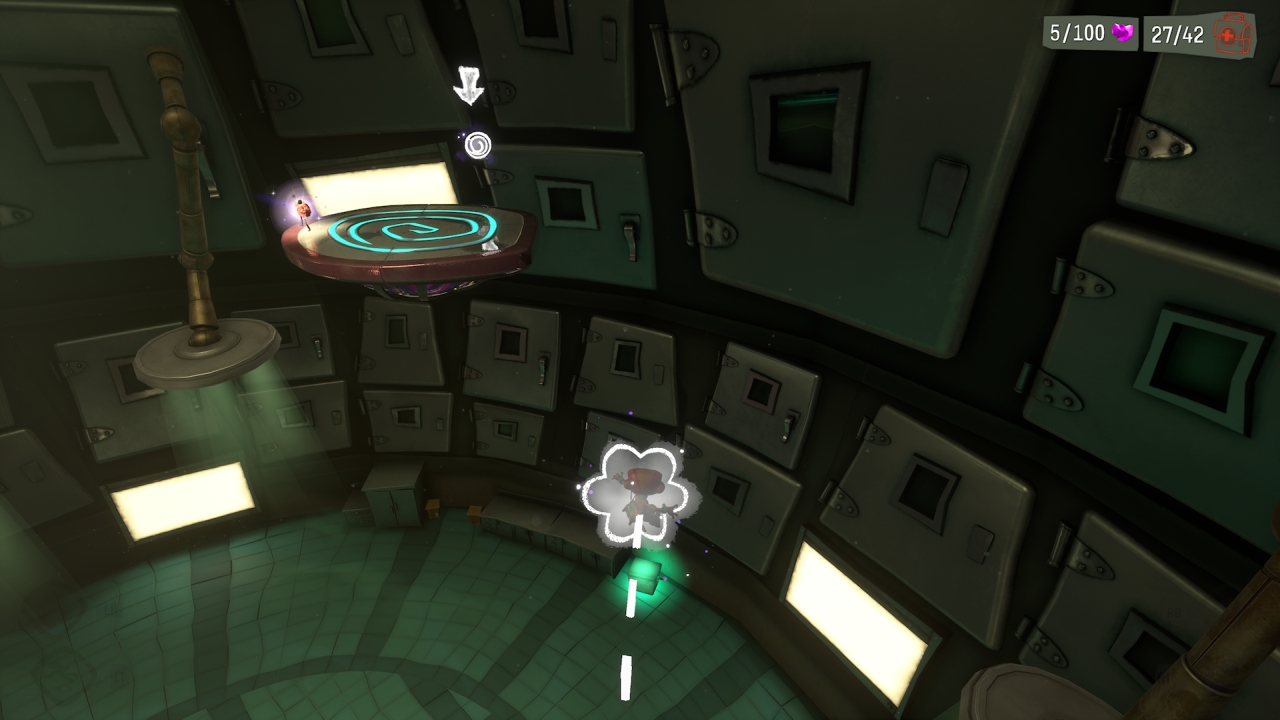 Hollis is notable for technically having only on Mental World, but spread out across two different levels, with one being an altered version of the other. When entering via the Collective Unconscious, it treats them all as one, letting you travel between both versions. As this is your introduction to Half-a-Minds, the first one is right on floor in front of you, after completing the x-ray-themed 2D platformer section. The second one is found right above it, just use Mental Connection to ride the stray thoughts upward. 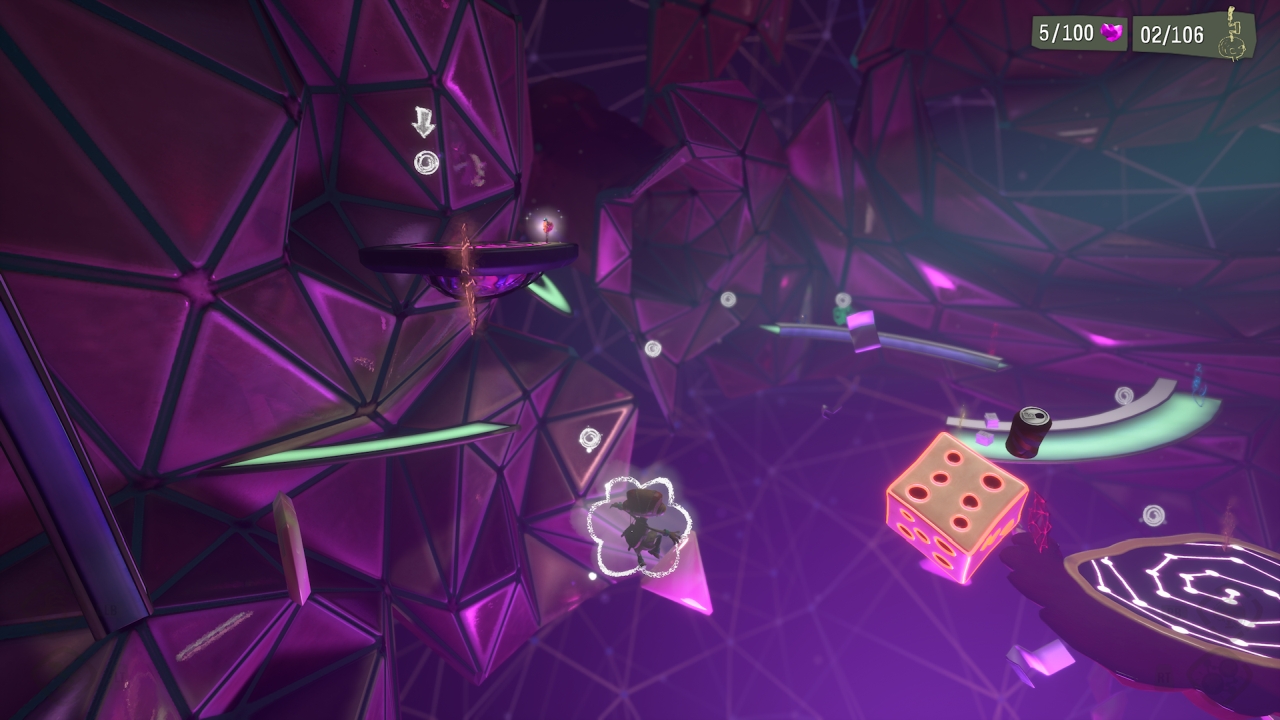 The first half can be found by, once again, using Mental Connection to travel up some stray thoughts at the beginning of the level. Once it’s in sight, it’s a couple of hops away. The second half can be found by going down to the central platform in the main area. From there, you should be able to see it on another platform right across from you. 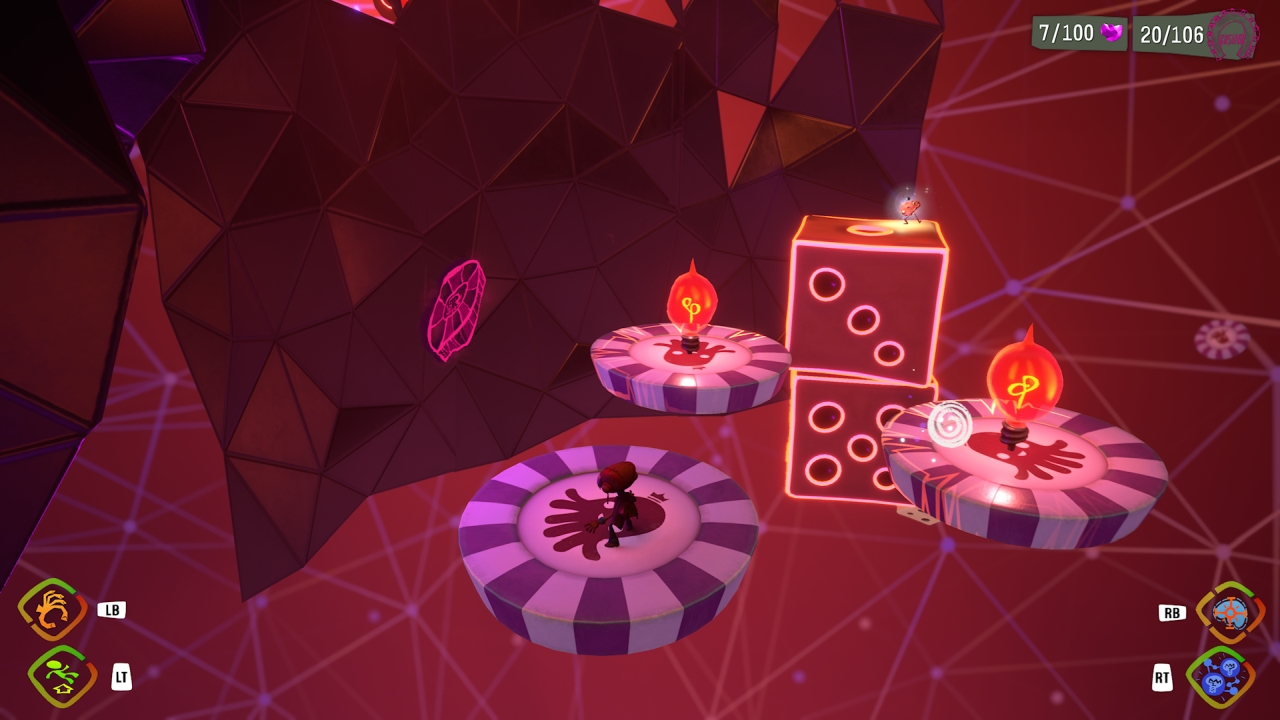 The third half — yes, there are more than two here — is in the back room of the Maternity ward. After breaking down a barrier with your PSI blast along the way, you should see it on top of a pair of dice with three chips spinning near it, two which have exploding lightbulbs. Just hop on over to it once on the safe chip. 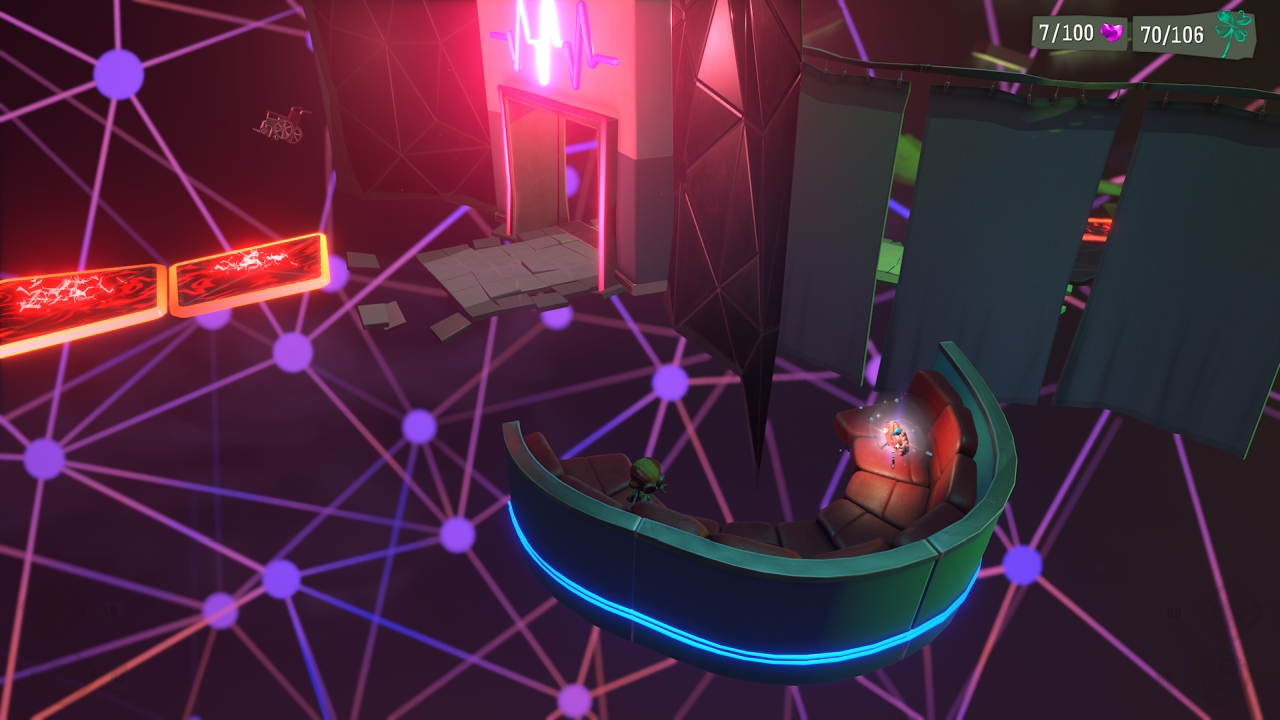 Finally, in the back room of Cardiology, turn left after enter the doorway to see a circular seat. Jump over to it (it is a tricky jump, so be careful), and the mind should be tucked away on the other side of the seat. 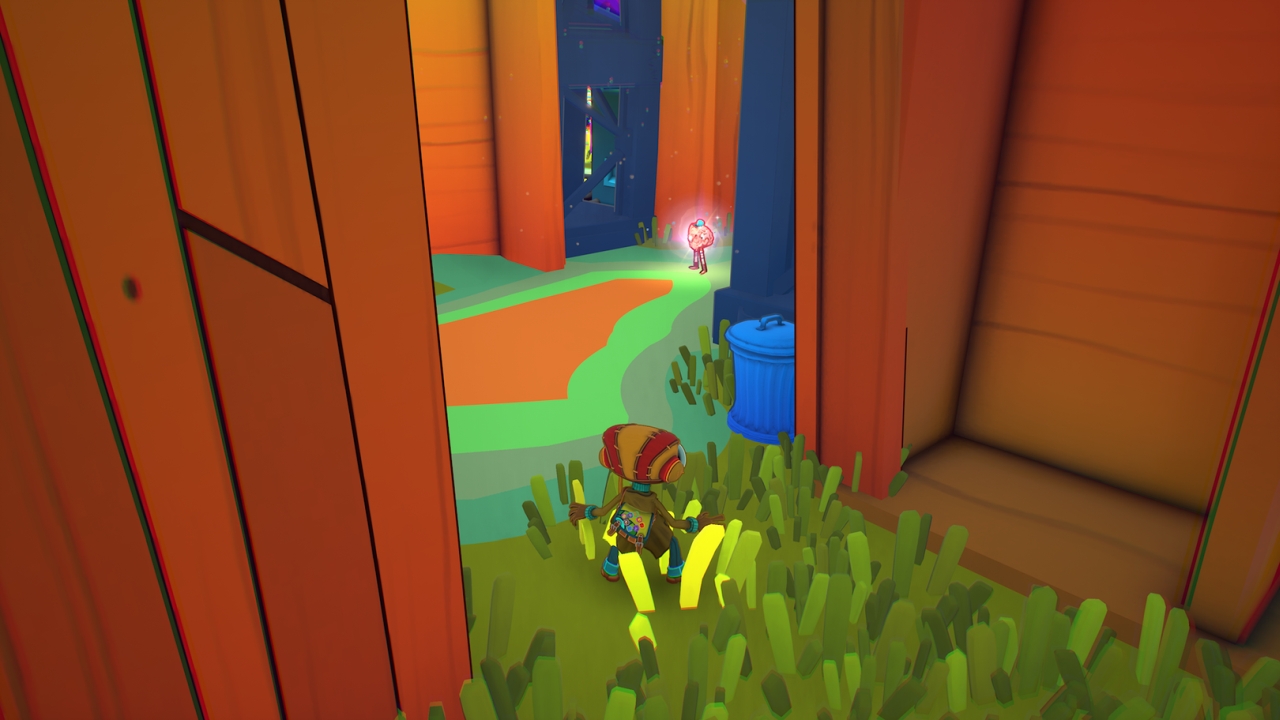 The first Half-a-Mind can be found backstage at the beginning, in a way under the stage found near a ramp. You’ll find the suitcase here, but use pyrokinesis on the poster in front of it in order to open a new room. Hop in, and the half is right there.

The second half is past the first spotlight you use in Vision’s section, behind some spinning blades below a platform. 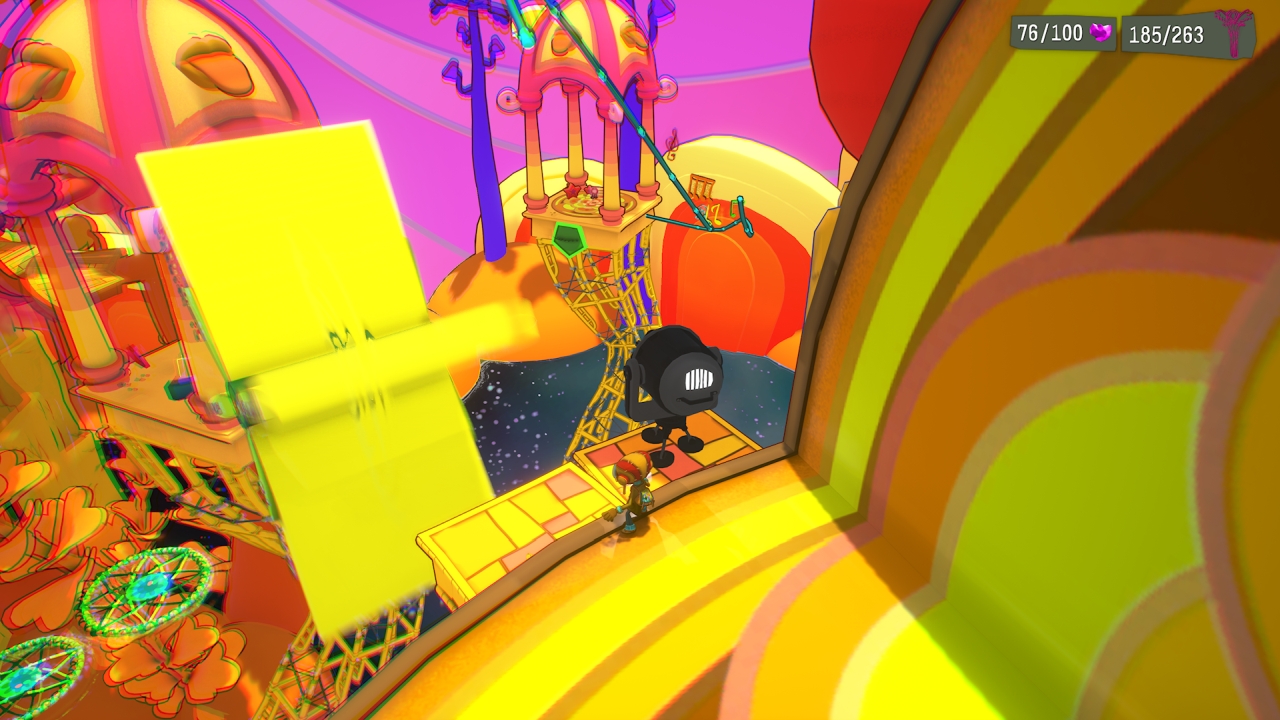 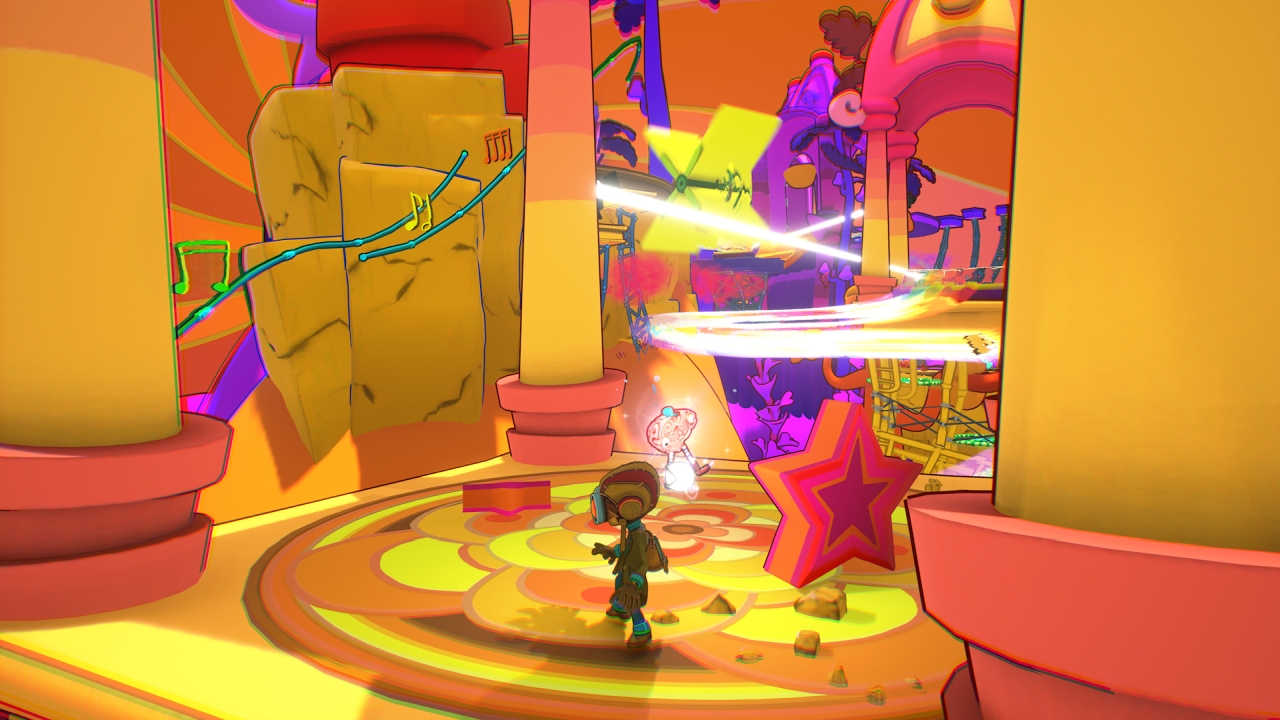 The third half is in the Taste/Smell area at the very end. Instead of grabbing the instruments, turn left to find a spotlight that you can use to create another rainbow bridge. Now just head towards that bridge, slowing down the wheel along the way in order to cross it and reach the new bridge leading to the Half-a-Mind. 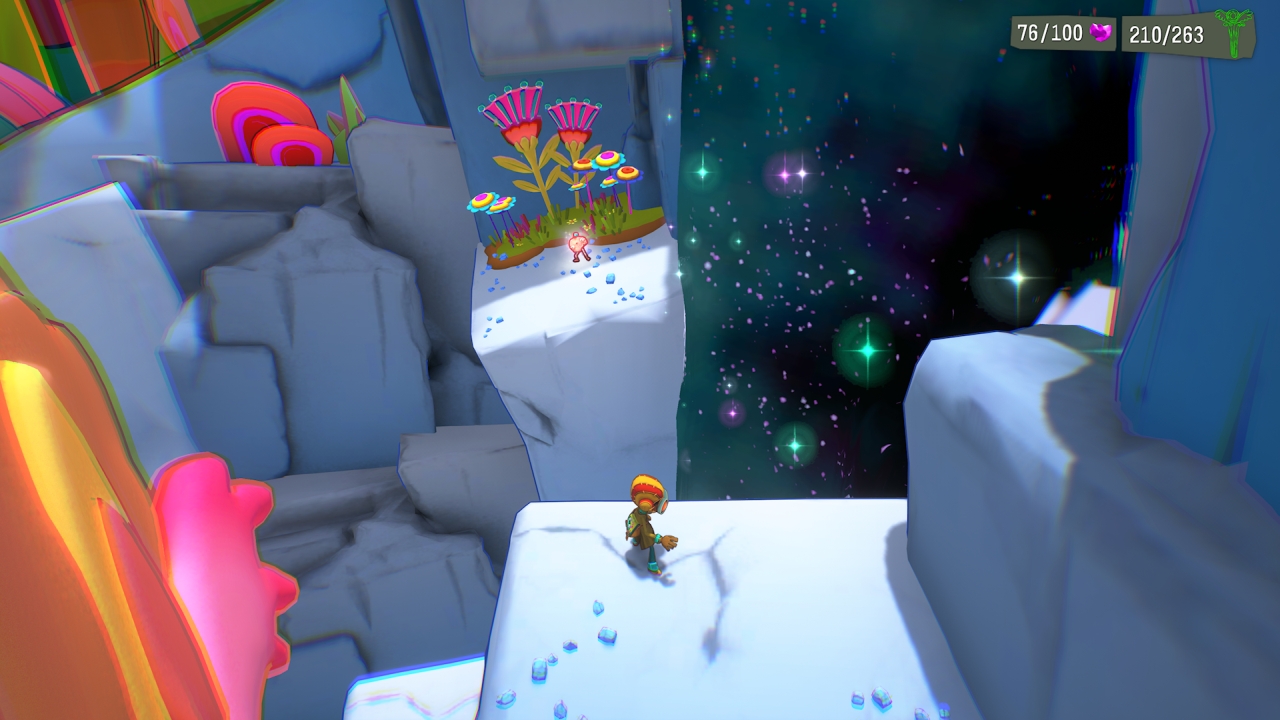 Finally, in the Campgrounds, go left from where Audie O and Dr. Touch are, and you should see some falling logs. Use the Time Bubble on one to slow it down, and use it as a platform to cross over to the fourth half. 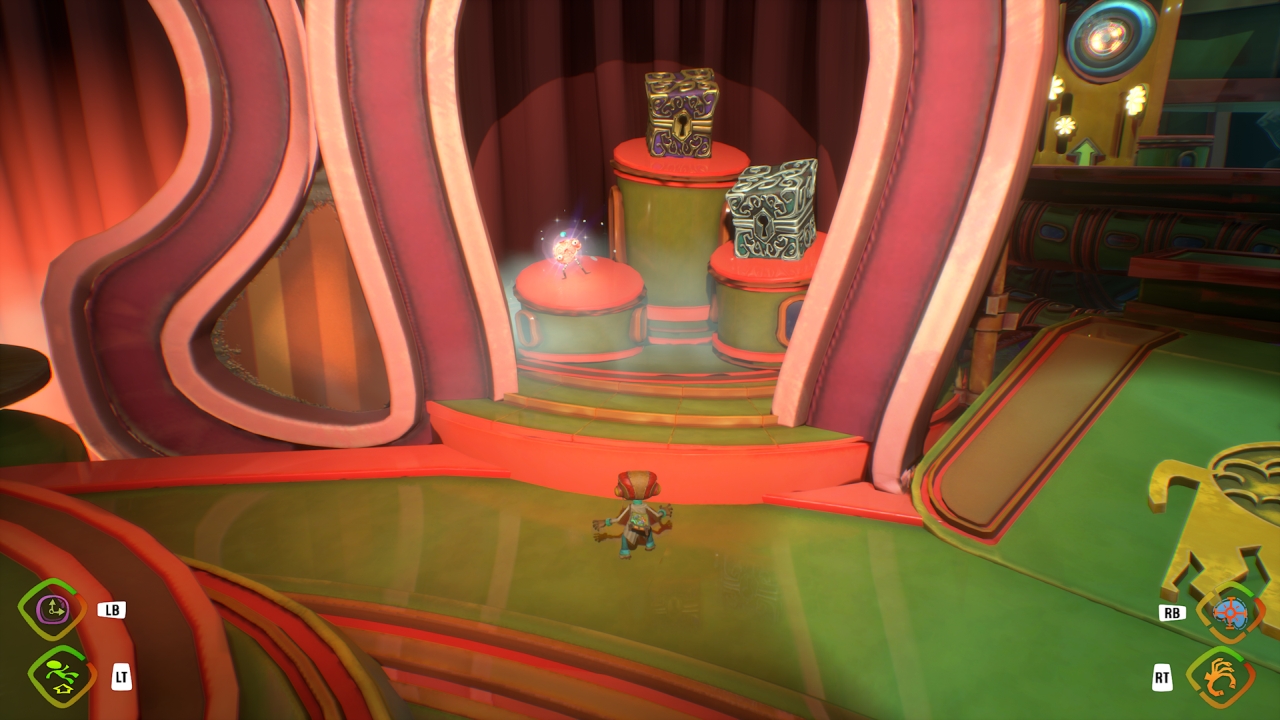 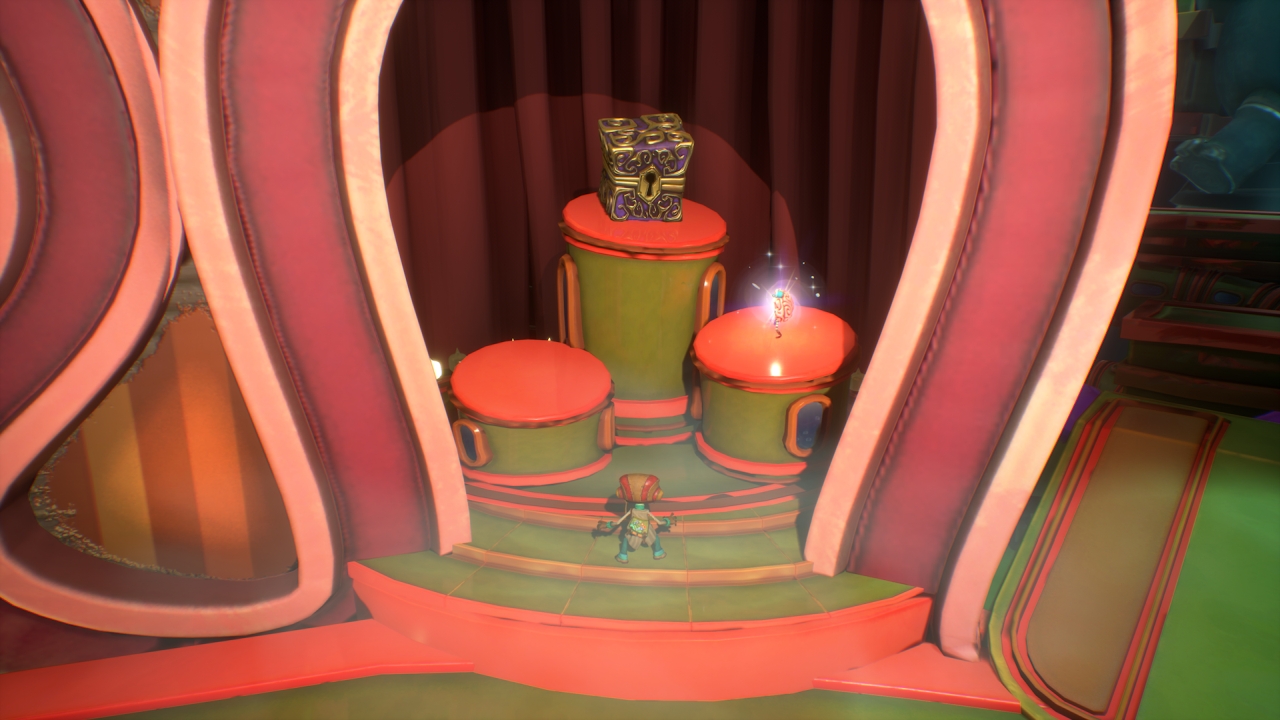 This may be the shortest level in terms of size, but the time limits for the cooking challenges may cause you to frantically move through things. Don’t worry, you get to freely explore the area in between the commercial breaks, which helps. The Half-a-Minds here are actually prizes for completing the cooking challenges in time. Complete the first one in the ten minutes given or less, and it’s yours afterwards. Likewise, the second half is earned by completing the next challenge in eight minutes or less. These should be easy, but if you miss any, they should be unlocked when you revisit the area in the post-game.

We’re in Ford’s mind now, and like Hollis, he has multiple levels – four of them – treated as one world by the Collective Unconcious, with the collectibles spread out across all of them. At the very top of the construction site, look around and you should see a girder sticking out. Dismount from the ball and walk along the girder to get the Half-a-Mind.

In the Dead Letter section, on a scaffolding in the center, there’s one Half-a-Mind you can jump to. No way to miss it.

This is the most linear of the initial three Ford levels, so it’s hard to miss anything here. In this case, just keep heading along the path and you’ll see a Hydrocide poster. The Half-a-Mind can be found up on a ledge in plain sight.

In the room with the giant typewriter (the third one at the end of the first section where you’re free falling), just turn right after the cutscene finishes to find one Half-a-Mind.

Right after entering the Literature section using Projection, the first Half-a-Mind should be found just past the tower in the middle. 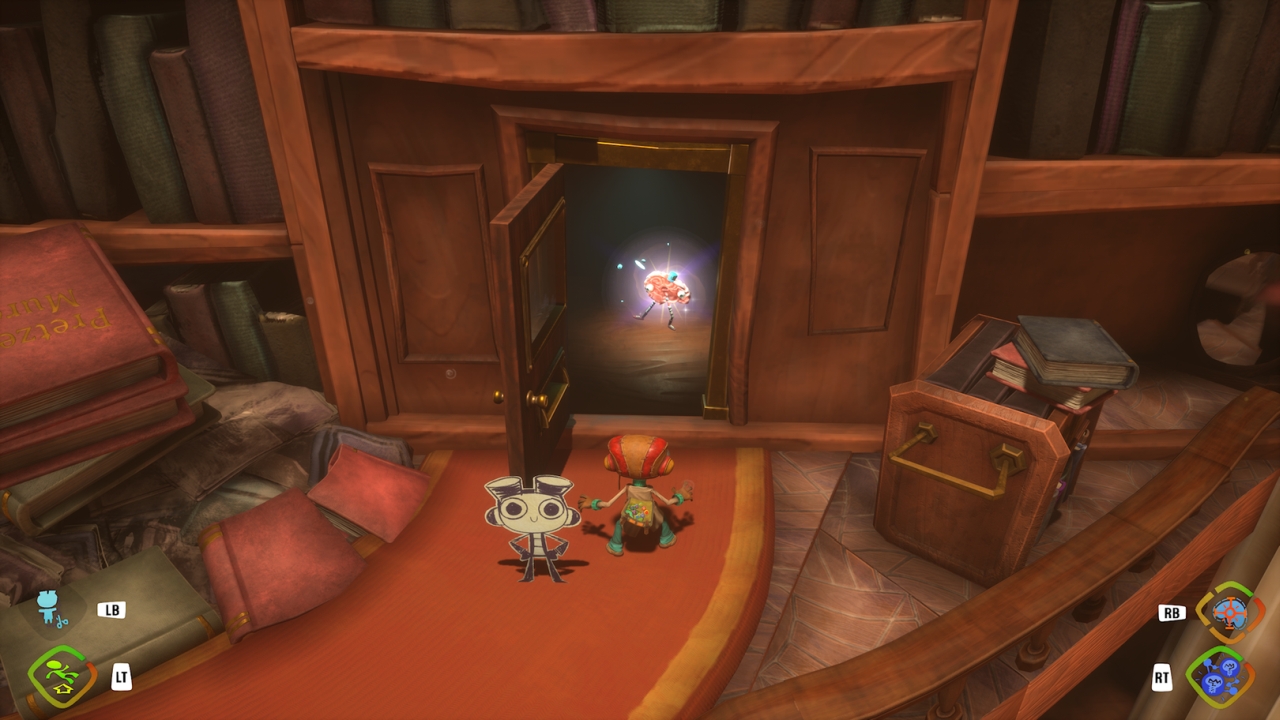 Meanwhile, if you go back to the Children’s Corner after learning Projection, head right once you reach the book that takes you to a 2D platforming section to find a locked door, with Raz’s Archetype can unlock to reveal the second half.

Sail past the second island (the one with red flowers) until you find one with Otto on it (or Bob’s version of Otto, anyway). Dock, head behind the boulder there, and pick up the first Half-a-Mind.

The second Half-a-Mind is on top of the wedding caked in the third bottle. You should find some dark thoughts there, so use Mental Connection on them, and you’ll make your way up to the viking ship. Jump on its oars, platform across them, then climb the net at the end in order to get on the ship and get the second half.

In the ride’s first area, head to the slide that you drop down from, located towards the left of the entrance. Head behind the slide, and get the Half-a-Mind.

The other half is in the second area, behind the display of the Royal Family’s exile. Use the controls to switch to the desert backdrop, arrange the scenery to get the right platforms, then head into the hole in the backdrop to find it.