Memory Vaults are giant animated vaults found in each individual’s mind in the Psychonauts 2 Mental World, typically consisting of two per person, that when smacked around reveal one of the person’s memories via a slideshow, though they try to run away to avoid this. They help assist with the game’s lore, and like the other collectibles, count towards the full completion of the level. 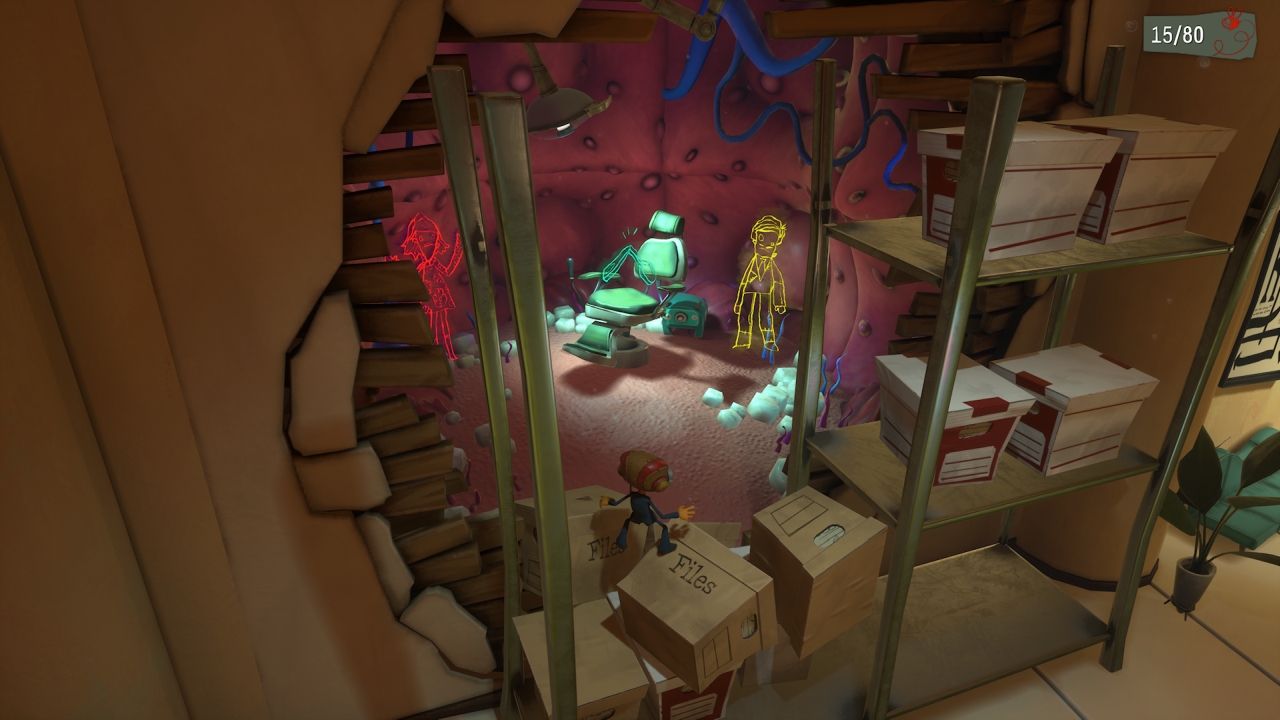 The first Memory Vault is found behind a shelf up against a wall in the central office area where you fight the game’s first Censors with Oleander. Just walk up to it, smack the boxes on it out of the way with a melee attack, then jump in the newly-uncovered opening for the vault

The second vault, though, you won’t be able to get until you come back later on via the Collective Unconciousness, once you’ve learned the Mental Connection technique from Hollis. Head back and travel to the final stretch of the level, the Asylum. To your right upon entering, you’ll see some stray thoughts; use Mental Connection to travel along them and on to a floating platform, where you’ll find the vault (along with the steamer trunk). 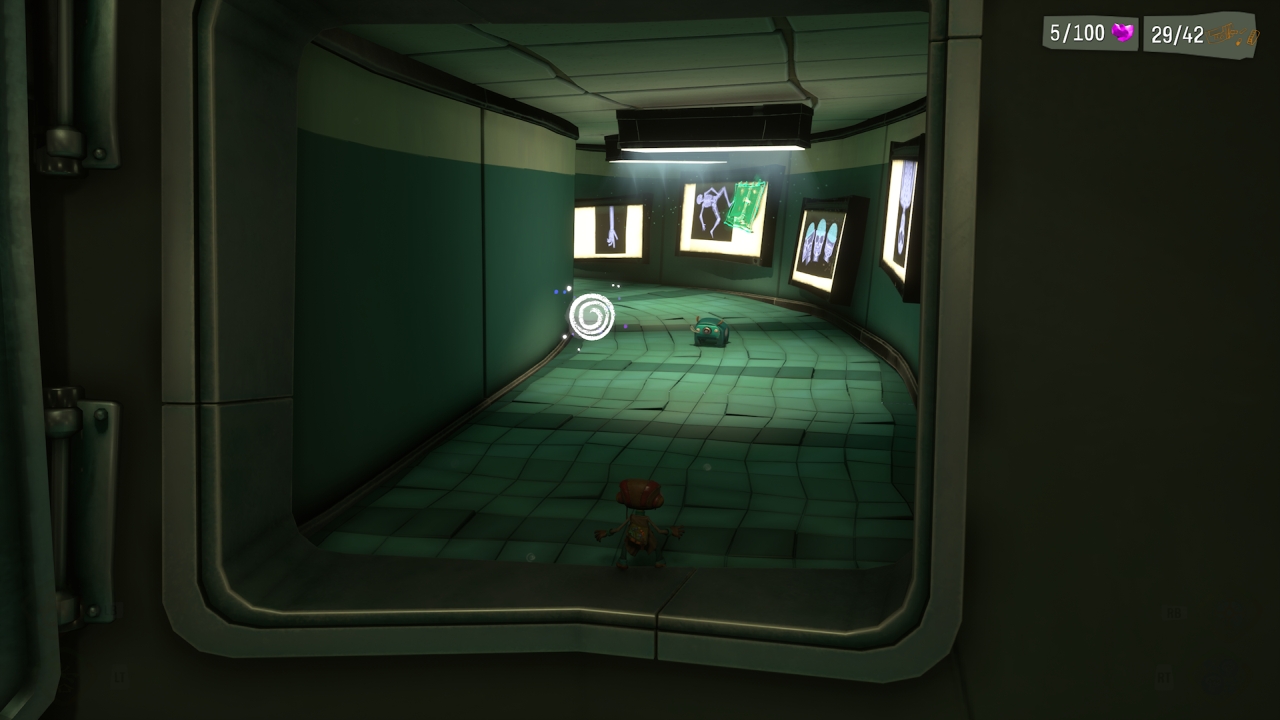 Hollis is notable for technically having only on Mental World, but spread out across two different levels, with one being an altered version of the other. When entering via the Collective Unconscious, it treats them all as one, letting you travel between both versions. Their Memory Vaults and Emotional Baggage are also spread out among them as well. As such, the Classroom level only has one vault, and it’s in plain sight as you travel along the level, so it’s impossible to miss. 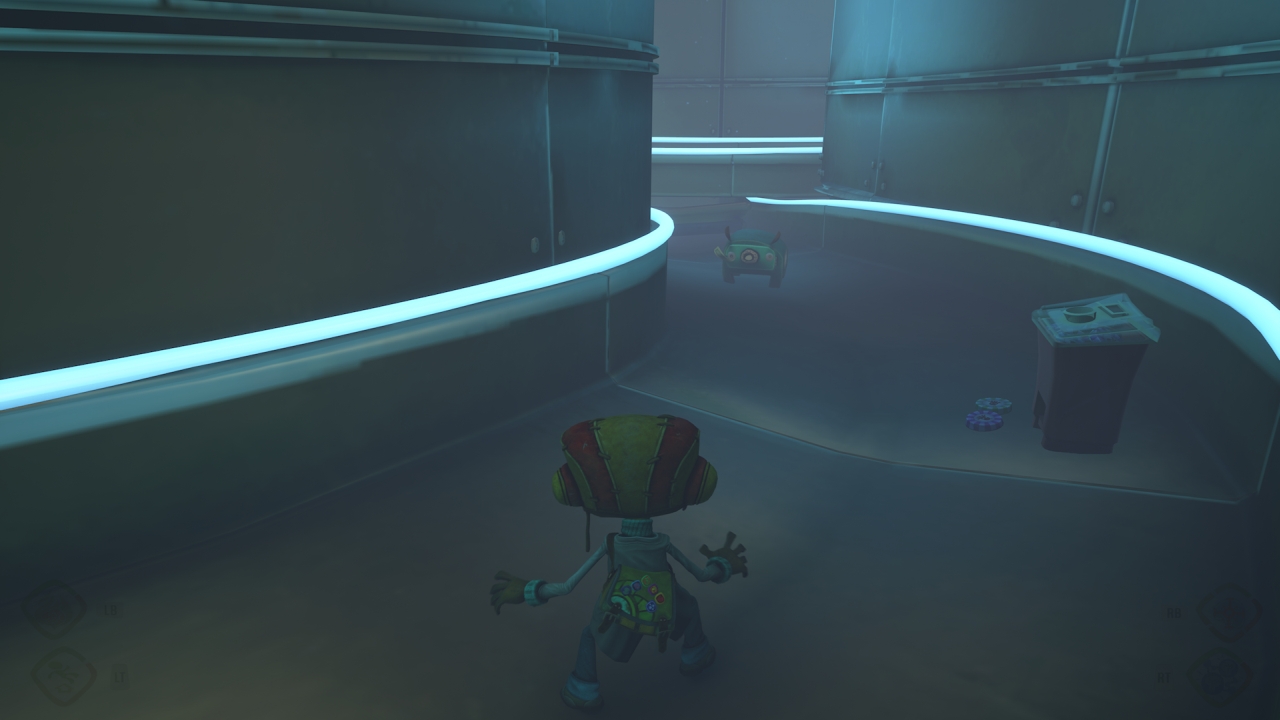 In the morgue, choose the side of the die that lets you enter the “Doctors Only” room, then just follow the path inside to find the vault at the end. 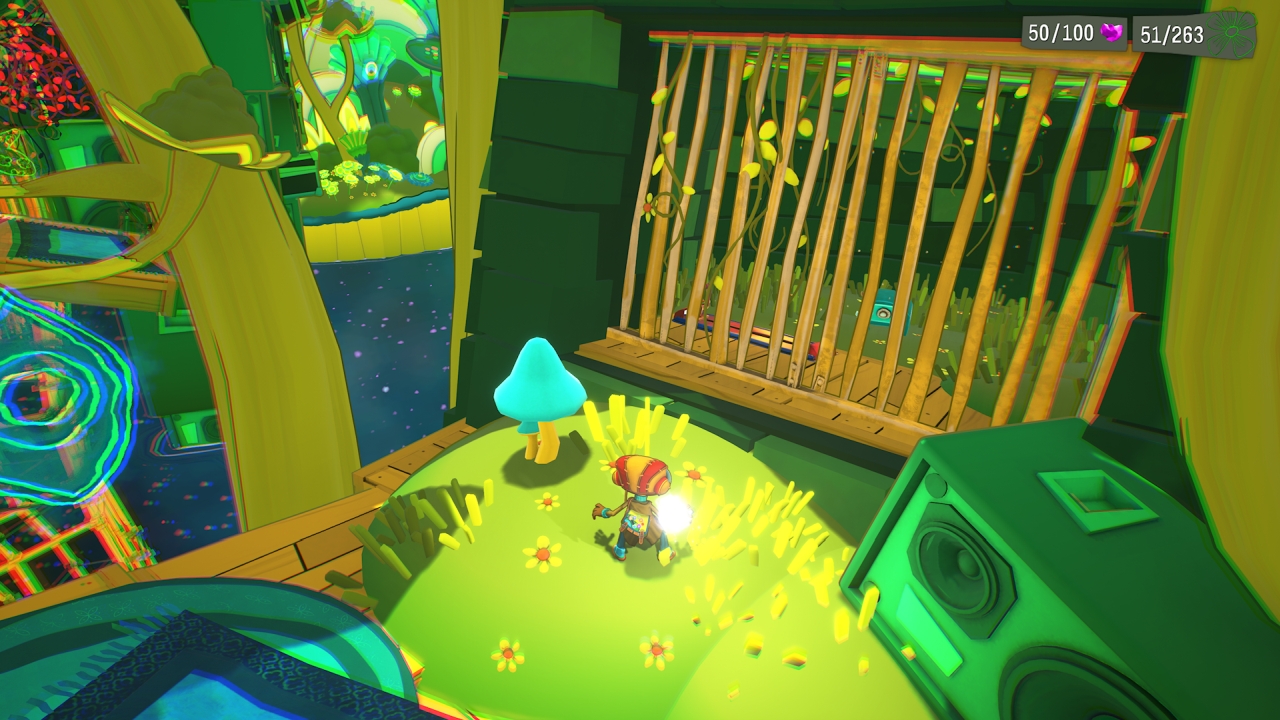 Here, both Memory Vaults are in plain sight, but you won’t be able to access any of them until much later, once you’ve learned Projection. That’s because of their spoileriffic nature, they’re behind cages that have to be unlocked using Raz’s Archetype. The first one is along the path in Vision’s area, and you’ll find the cage by some spinning blades.

The second vault is in the Concessions area, and you’ll be able to see it to the right of a tightrope that you’ll cross. Just head down from the tightrope and do the same deal as you did with the other vault. 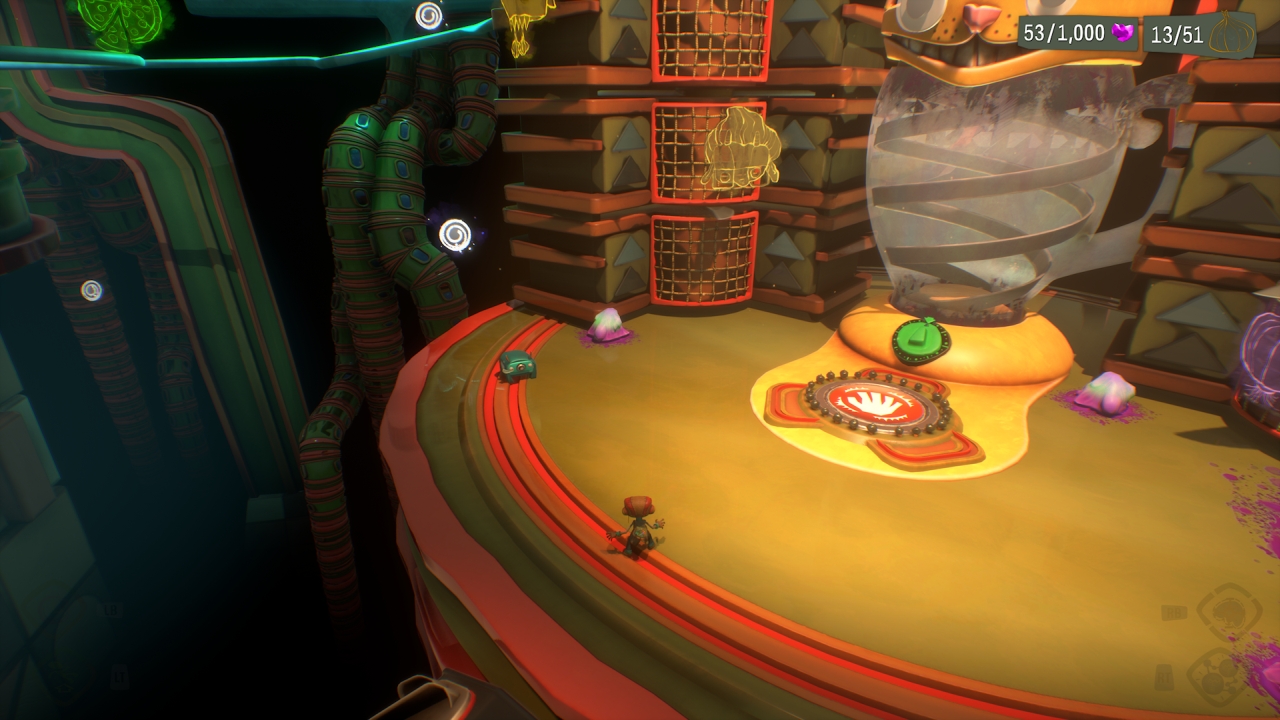 This may be the shortest level in terms of size, but the time limits for the cooking challenges may cause you to frantically move through things. Don’t worry, you get to freely explore the area in between the commercial breaks, which helps. The first Memory Vault, though, is easy to immediately grab, since all you have to do is cross the twirling cylinder over to the blender, where the vault is in plain sight. 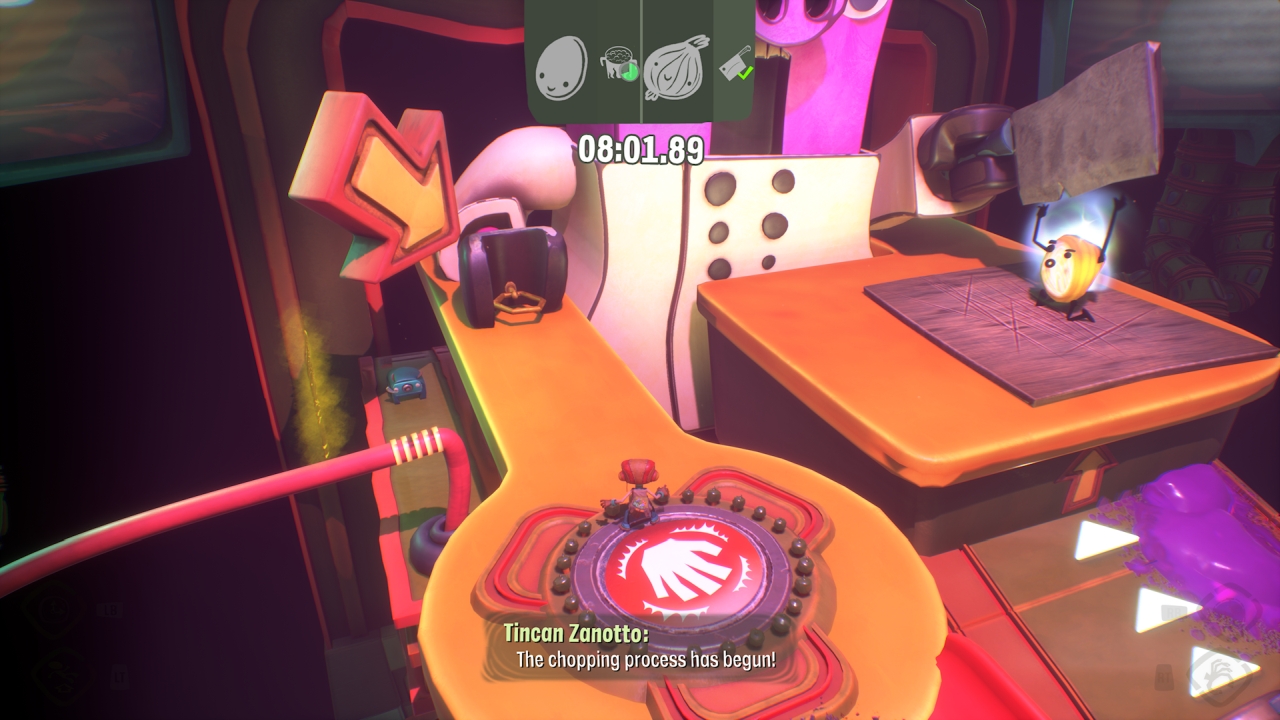 The second one is located to the left of and below the Pork Chopper’s right arm, and you should be able to see it when pulling the lever to activate the blade. Just drop down and bust it open.

We’re in Ford’s mind now, and like Hollis, he has multiple levels – four of them – treated as one world by the Collective Unconcious, with the collectibles spread out across all of them. For example, this level only has one Memory Vault, located by going behind the billboard with Ford and Lucy at the start, the following the path along the left until you reach it.

You’ll notice that the center of the stage has a giant fan. Later on, you’ll be riding the flying letters past it on your right, so just jump over, use Time Bubble on the fan, jump in, and crack the vault open.

This is the most linear of the initial three Ford levels, so it’s hard to miss anything here. In this case, just keep heading along the path and you’ll see the Memory Vault to the right of a Hydrocide poster.

This might be one of the easiest Memory Vaults to find, yet one of easiest to also miss the first time around, since as this is a rather pivotal moment in the game’s story, you’re likely to keep moving forward. Instead, when entering the cemetery, just turn right and head over to find the vault.

Right after the second book with a 2D platforming section, you should see the first memory vault in the area right after the ensuing battle. 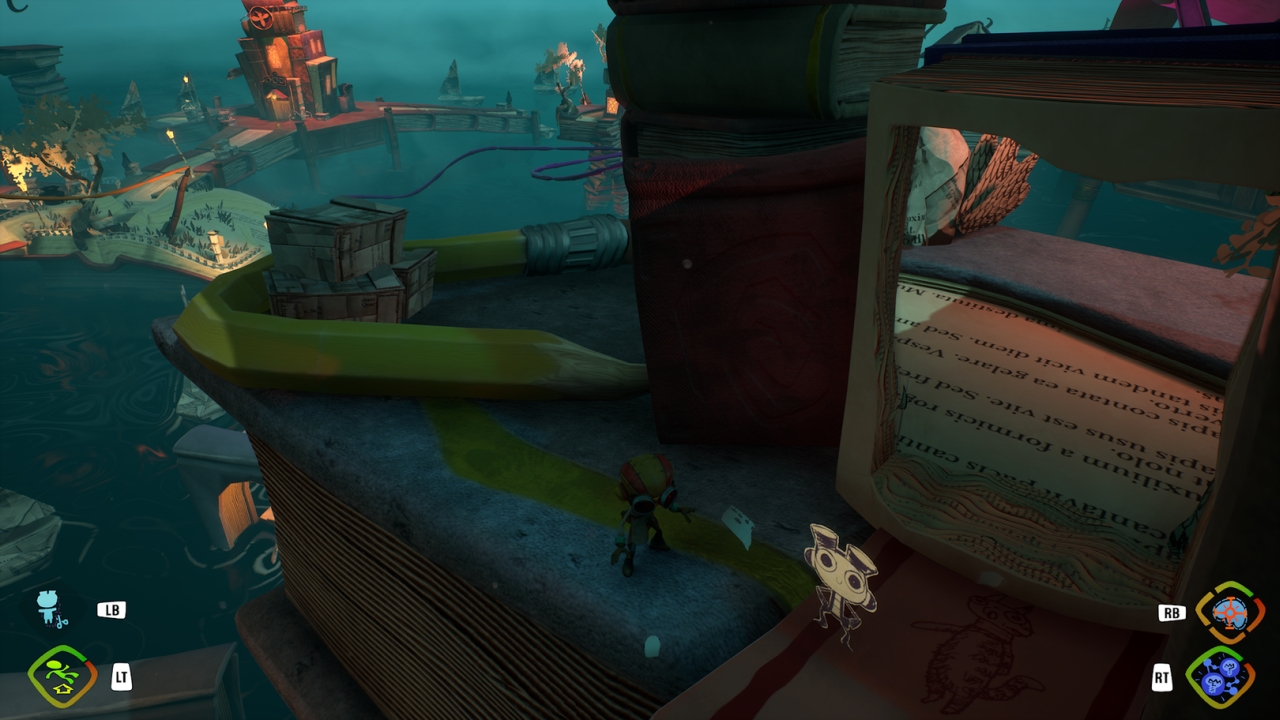 The second vault is in the waterfront and is trickier. In the printing area, right before the rail that takes you back to the start, turn left instead to find a doorway in the area. Head through it, then go left again and along the path to find another doorway, one that warps you to an island. Jump to the book on the side here, then climb to the top of the stack to find the vault. 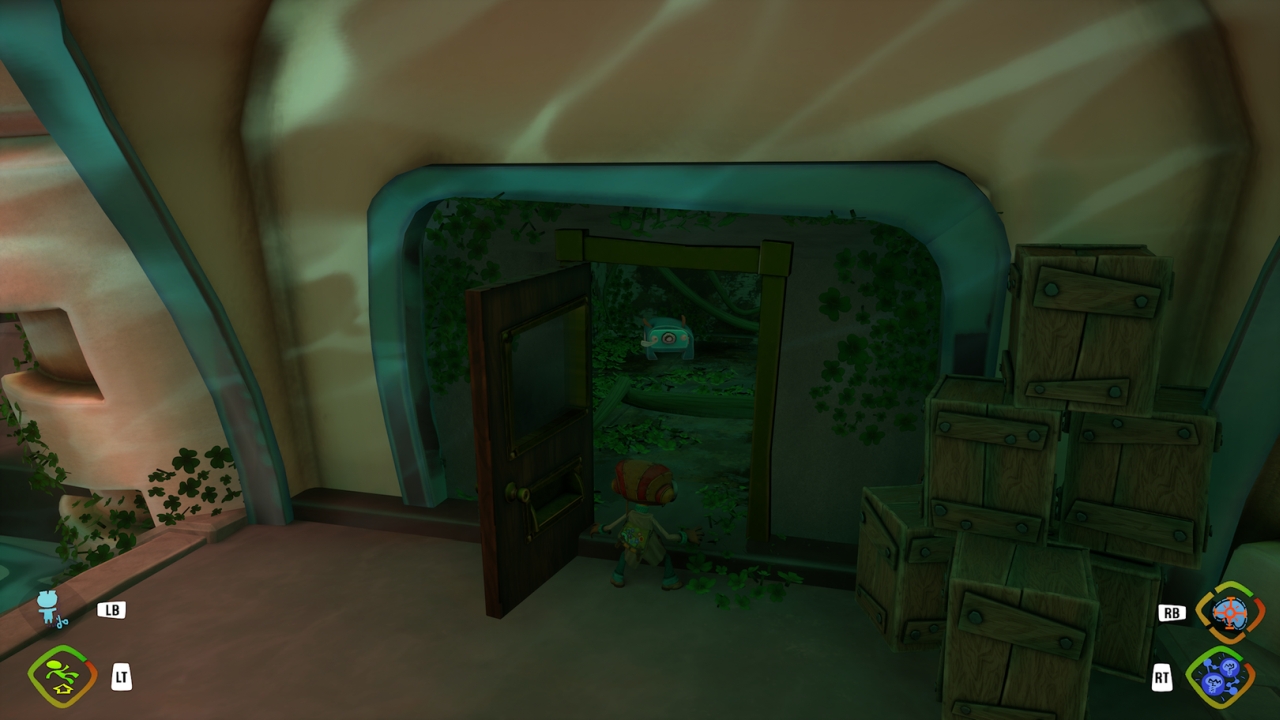 Once you go into the sunken ship in the second bottle and arrive at the Sunken Motherlobe, you should find a locked door on one of the walls. Use Projection to open it and get the first vault.

After entering the third bottle (the one on the island with yellow flowers), jump across the lily pads on your right, then jump up to the can and rail grind on its straw over to a hallway up above featuring a banquet. Head to end of that banquet, and the second memory vault is there.

The first Memory Vault is found to the left of the center stage, tucked away right between the path that leads up to the knife throwing act.

The second vault located after you cross the punchable bridge at the start of the quilted area. Head to the right and into the woods and you should find it in there (or at least scare it out into the open). 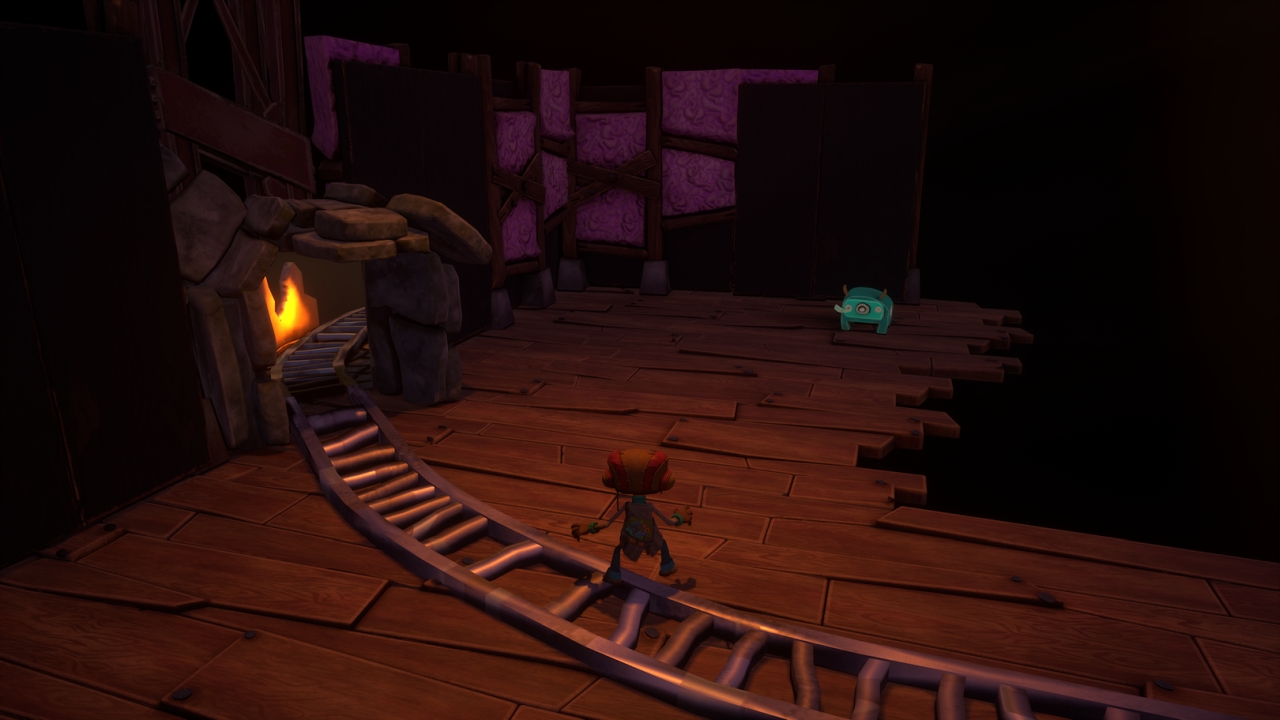 In the first area of the ride proper that you can move around in, you’ll find a display of Ford fighting Maligula. Take a look at the base by Maligula, and you’ll find train tracks that lead to a tunnel. Enter it, and the vault is right inside (along with the way to the hatbox). 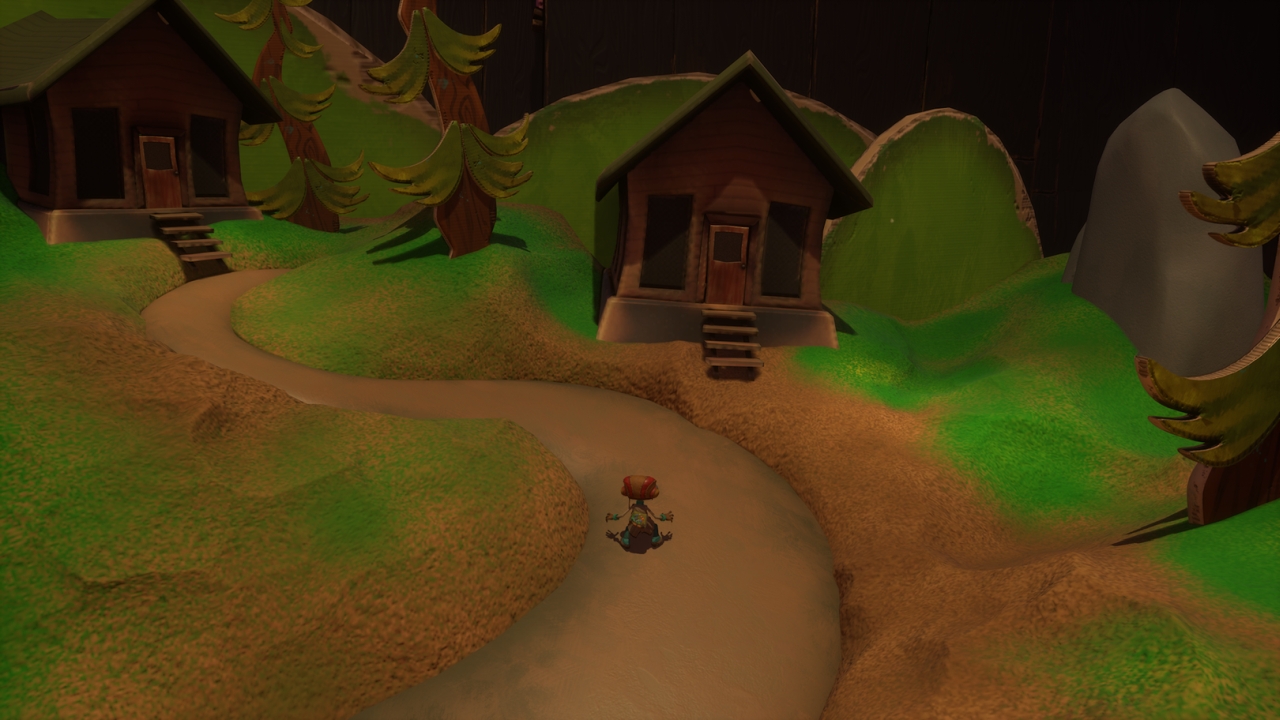 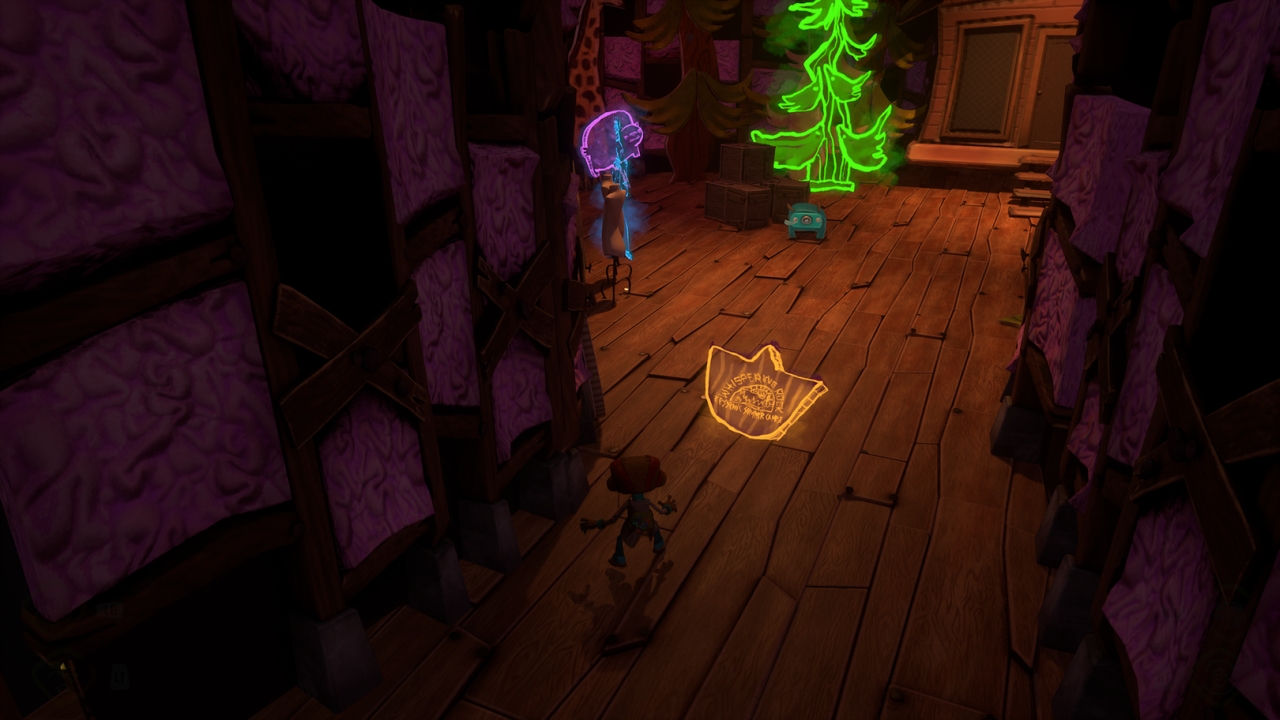 The second vault is in the third area. When you get to the recreation of Whispering Rock Summer Camp, walk towards the cabins of the right hand side of the display, and you’ll shrink down. Enter the second tiny cabin, use PSI blast to clear the barriers, and jump over to the Memory Vault.