Digital distribution has made a ton of out-of-print classics available and affordable, but for the diehard gamer nothing beats playing a game on its native hardware. Retro gaming can be a pretty expensive hobby if you’re aiming for a complete collection of dusty old plastic, but some of us only focus on games that we really want to play. It’s a great feeling to legitimately own the games you cherish and experience them in their purest form. An inconvenience for sure, but once you catch the retro gaming bug it’s almost impossible to go back to digital remasters or PC emulation.

I tend to pick my games very carefully, even when they’re dirt cheap, because at the end of the day the important thing is that I get in some playtime. There are certain games that have become so famously rare and valuable that they’re almost like gold, such as the US and European editions of Panzer Dragoon Saga. I’ve always stayed clear of that level of rarity, as in my view no single video game could ever be worth 300 Dollars. But with that said, over the years I’ve taken a leap of faith and spent far more on certain games than I would otherwise have been comfortable with. Though I don’t have as many examples as most retro game collectors, I’d like to talk about some of the most expensive video game purchases I’ve made over the years, and what motivated me to take the plunge.

The first time I went all out on a retro game was when I bought the Saturn version of Street Fighter Zero 3. Back in the day I played it on the PlayStation and loved it, in fact I’ve put more hours into it than any other 2D fighting game. I would go on to play the game again on the PlayStation Portable– stiff controls and all– but then I was allured by the Japan-only Saturn version. The Saturn version of Street Fighter Zero 3 is an interesting case because it was not only released after the PlayStation version, but also the Dreamcast version! It was pretty crazy to see Capcom give the Saturn a final hurrah even with its next-gen successor around. I paid a hefty amount for it, and its value has only risen since, but I will say that it was worth every cent because the Saturn version of Street Fighter Zero 3 is unquestionably the best. The non-existent load times, completely unlocked roster, full selection of modes (with a few extras), and best of all the visuals and performance showcase why the Saturn was the undisputed king of 2D in its day. Not to mention the Saturn controller fits the game like a glove. If you love Street Fighter Zero 3 as much as I do then you should consider paying the premium for the absolute best version. I certainly didn’t regret it.

The next case isn’t really a retro game by the strictest definition, but it has become quite rare. Waiting for games from Atlus to hit the bargain bin is unwise because they tend to get limited runs and disappear soon after (with the exception of Persona). When The Dark Spire was first released for the DS it piqued my interest, but for whatever reason I never got around to buying it. Years went by and I suddenly had the urge for a pure first-person dungeon crawler and to my disappointment The Dark Spire had reportedly gone out of print. The game never got a European release, so I had limited options. Ebay and Amazon listings only had loose carts, and after much digging I was able to discover a sealed copy that cost me dearly. I wasn’t too pleased with paying what I did, but when I got the game it was everything I had hoped it would be. Finding a complete copy is still just as hard, with the most recent listing for a sealed box costing far more than what I paid back then. It’s a great game if unadulterated old-school RPGs tickle your fancy. 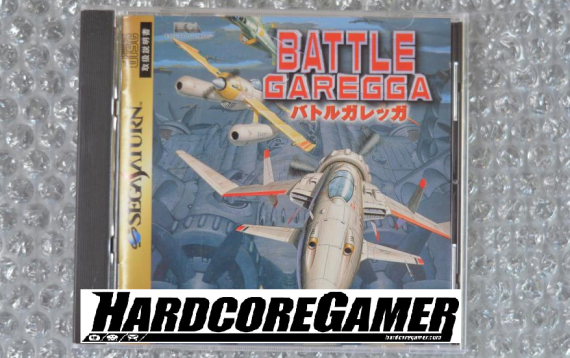 I’ve saved the best for last: Battle Garegga for the Saturn. Saturn collectors will endlessly praise the system’s library of exclusive shmups , but boy do they cost an arm and a leg! Sure you can still get things like Layer Section and Darius on the cheap, but when you go looking for the highest quality titles that’s where things get insanely expensive. When it comes to overpriced shmup rarities, Radiant Silvergun is commonly known for its asking price. I contemplated picking it up, but then they graciously released it on the Xbox 360 for a more humane price (a relief, since it turned out not to be my cup of tea).

Still, as a Saturn fan, part of me always wanted to own at least one of these valuable shmups. I considered Hyper Duel, Tiger II, Mars Matrix and numerous others, but years of research and many conversations with Saturn connoisseurs would lead me to drop some serious dinero on Battle Garegga. The most I’ve ever paid for a single video game in my entire life, and probably the last time I will ever let my bank balance take such a hit. All things considered, I’m glad I took the plunge, and I don’t feel cheated over the amount I had to pay. But to make a purchase like this you seriously need to do your research and consult the right people. This was a purchase literally years in the making, and in my view that’s how it should be done.