Indie cave-shooter Retrobooster has been hanging out on Greenlight for over a year, but as of yesterday it’s got a new weapon in its arsenal to help it complete the journey to Steam- a release date of February 21.  Currently Retrobooster is only available by the Humble widget on its web page, but a full Steam release would be awfully nice.  So why would you care?  Well now, that’s a question that can be answered in all sorts of ways!

For a more detailed answer- Retrobooster is a cave shooter, which is a very different animal from a Cave shooter.  Rather than a billion bullets fired by anime characters in hypnotic geometric patterns, the cave shooter was a genre popular in Europe that’s faded to obscurity.  The last ones I can remember getting any US attention were Gravitron 2 and Gravity Crash, although I’ll readily admit to not having an encyclopedic knowledge of the genre.  The bit that makes a cave shooter a cave shooter, other than taking place in (obviously) caves, is the control method.  Gravity is usually pulling down on the ship and you’ve got to avoid crunching into the walls by carefully managing thrust.  Sometimes there’s fuel to worry about and (as in Retrobooster’s case) sometimes not, but usually you can only shoot from the ship’s nose, so you’re constantly rotating to control thrust while trying to point in the right direction to shoot back at everything trying to kill you.  Control then becomes a mad dance of surgical precision, dodging enemy fire with light thrust while using a generous hang-time to line up shots, then spinning around again to stop the plummet towards the cave floor. 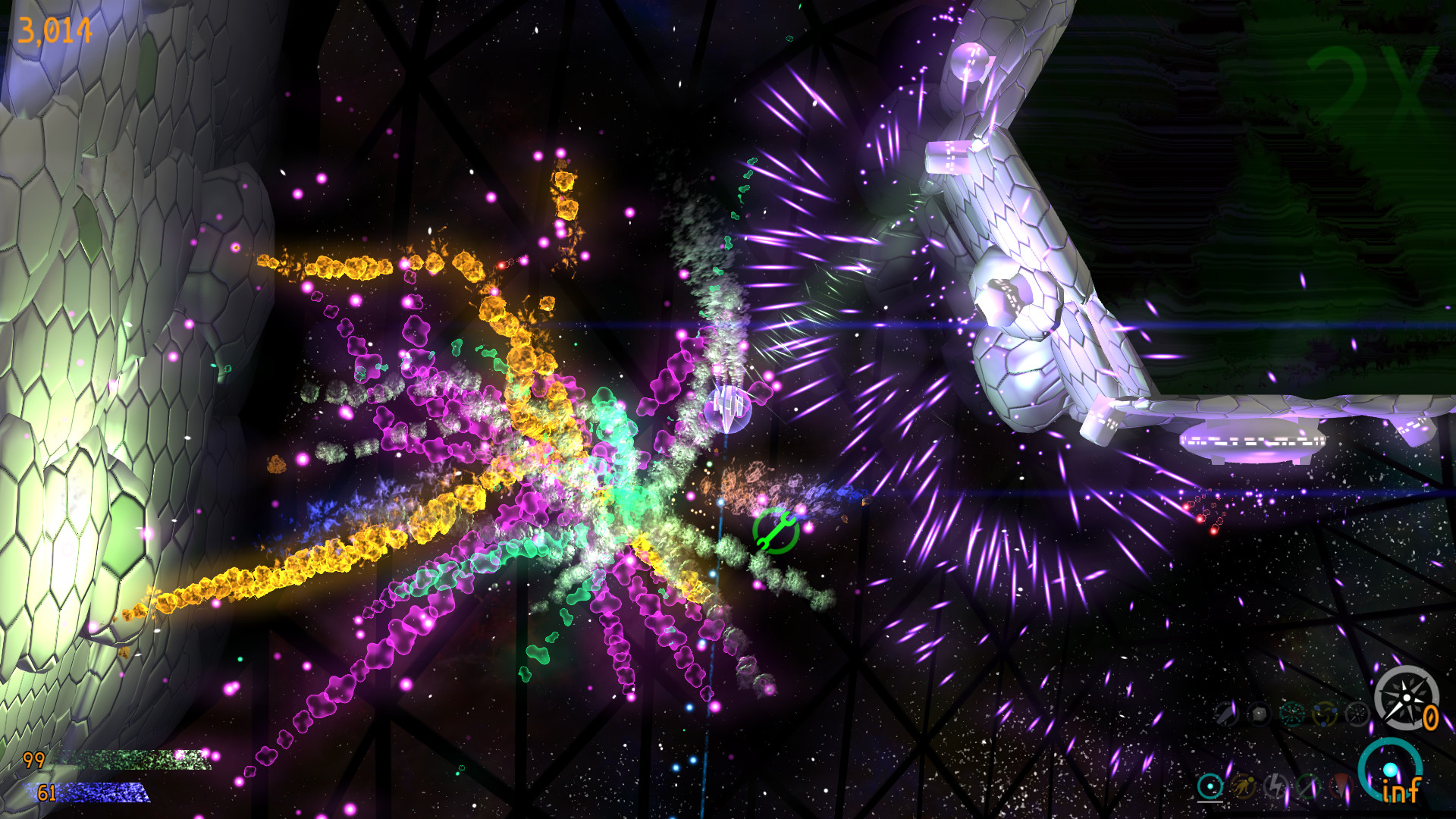 Retrobooster’s demo shows off a game that does all the bits well, with multiple weapons and missiles to use on enemies crawling through semi-intricate tunnels systems.  Rescue survivors for health, shoot lots of enemies quickly for a score multiplier, and use both forward and reverse thrust to try to avoid slamming into the ground.  It’s a fun round of a semi-forgotten style of shooter, and it looks sharp too.  Pretty much what what you’d expect from the developer responsible for some of the nicest screensavers around.