The debut weekend for the ARMS Global Testpunch was a huge succeed. It showed off the gameplay wonderfully, and for a new franchise, that is a big confidence booster. It allows you to find out if the game is for you and that alone can make someone a fan before the game is even out. With seven characters to choose from and three modes, it offered up a fair amount of variety – but the second weekend of testing takes that to a whole new level. You still get to enjoy one on one, team, and three or four way free for all battles. The second week brought in the target smash game, the basketball-inspired hoops mode, and the debut of a new character in Twintelle. The new modes are a blast and show off just how well the game engine can perform in non-fighting environments.

Twintelle is a very interesting character to use because she relies heavily on her arms being fast, but her actual body movements aren’t speedy. She’s not quite like Spring Man, who is a solid everyman character – but somewhere between that and a bruiser when it comes to speed. Her dash doesn’t take you very far, but can still place you in a perfect position to either land a shot out of nowhere due to her arm speed, or at least deflect a grab with a quick attack. When using her, I found that the best technique was to play defensively. Many people start off going for grabs due to their high damage level, but they also leave the attacker wide open if they fail. 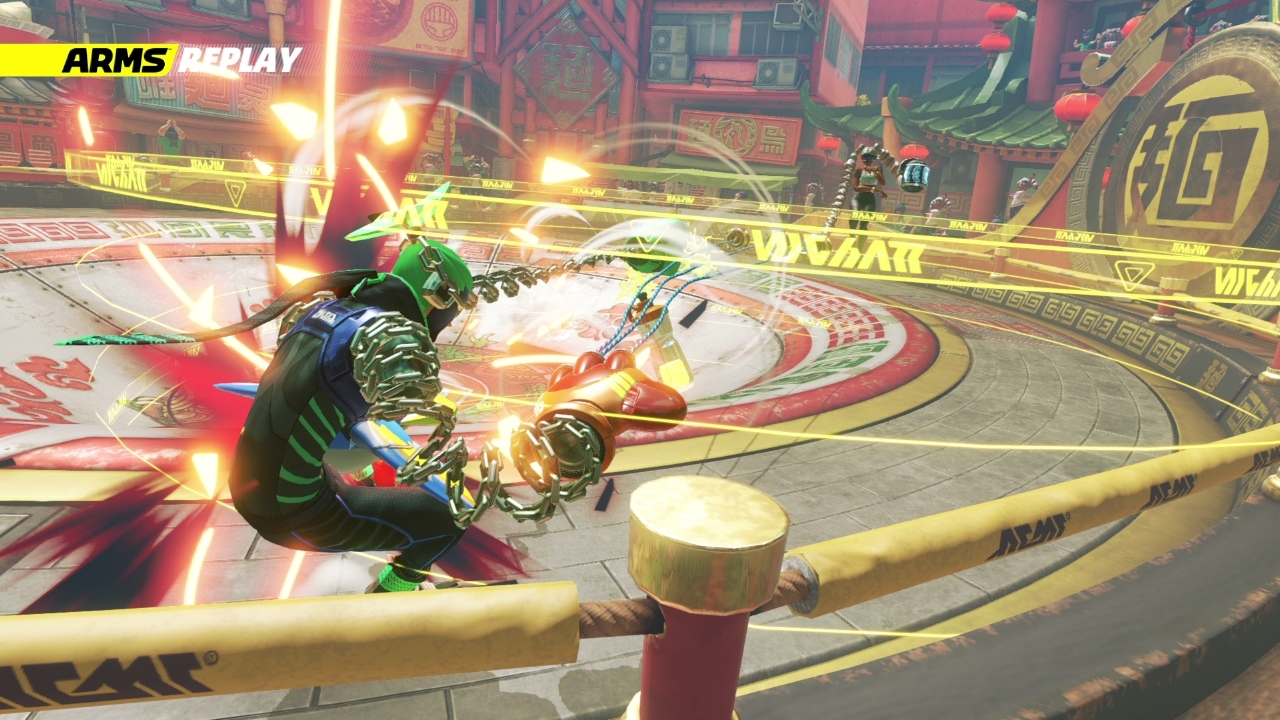 The giant green path forged by the throw also makes it a dead giveaway, and with someone like her who has fast arm movement, they’re going to be at a disadvantage trying to spam throws. During my first match with her, my opponent landed one throw but just kept doing it over and over. This was when I realized that she was perfect as a defensive-focused character because she gives off the impression of being a sitting duck due to her lower speed. Instead, she’s incredibly dangerous and after just five minutes of playing, you can really go on a hot streak with her when you figure out the nuances of her movements.

She’s also great for team-based battles because you can have one person act as a decoy and just do a ton of damage out of essentially nowhere. This comes down more to your rivals not properly moving between foes – but it works. If someone isn’t paying attention to her, she can rattle off a dozen good shots in mere seconds to whittle their life down and take them out. If this leaves things in a 2-on-1 situation, you’re in the lead in theory – but still can’t get cocky. Here, you have to rely on your partner to ensure that they don’t let their guard down due to having the numbers on their side. If that happens, you could wind up in a one on one battle, and you need to still bring your A game to ensure success. 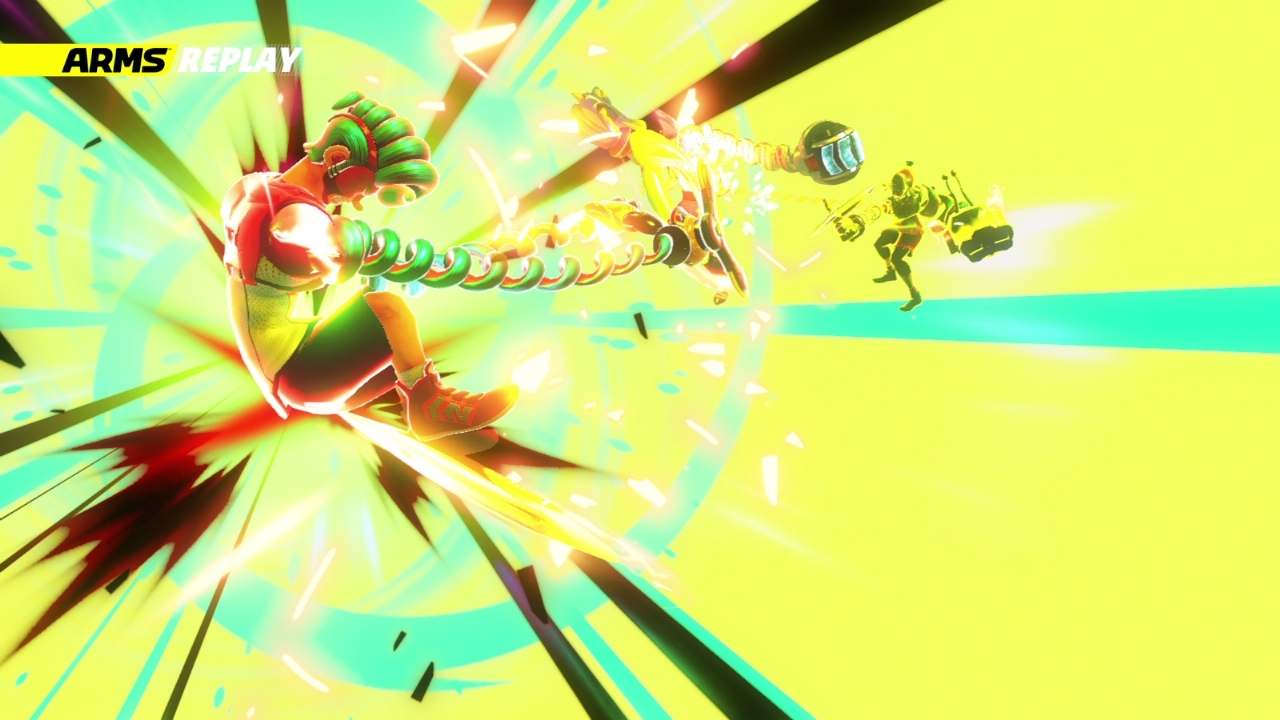 The target-smashing mode seemed like it would be right out of Smash Bros. in theory, but wound up being a mix of a few different things. It has that, but also blends in a distinct shooting gallery mode with a team-base element. Each turn, a large amount of targets with spring up from the ground and whichever team hits more of them within the time limit wins. It’s simple in theory, but brilliant in its execution. You can’t just throw shots out or go for throws without thinking.  Going for non-stop shots could leave you unable to do anything when the targets actually come up – giving enemies a distinct advantage as your arms are busy retracting while theirs are smashing targets. The same holds true for throws – which can be done, but have to be timed properly. Your reward could be taking an enemy out for a few seconds, but the risk is that you’ll leave your arms in limbo if you miss and could then miss an entire turn of targets. As with the core combat, trying to spam anything is a surefire way to lose and proper timing will tell the tale of your victory or defeat.

Hoops mode is exactly what it sounds like – and much like how RIGS blended first-person shooting with basketball, ARMS does the same with not only an all-caps title, but also blending genres together. Fighting and basketball don’t seem like a natural fit in some ways, but here, they mesh together well. The goal is to score more points than your rival by throwing them through the hoop as many times as you can. It’s an easy goal to accomplish theoretically, but does require proper timing. Throws are the only thing that will reliably send you through it and as mentioned before, you can’t just go around spamming them. Doing so will leave you wide open to a big strike, and then a throw. Being tossed into the basket leads to a cool replay and the actual courts look fantastic. Switch owners seeking some arcade-style basketball action may have NBA Playgrounds, but those seeking a bit more combat should definitely try out the Hoops mode in ARMS when the game is finally released. 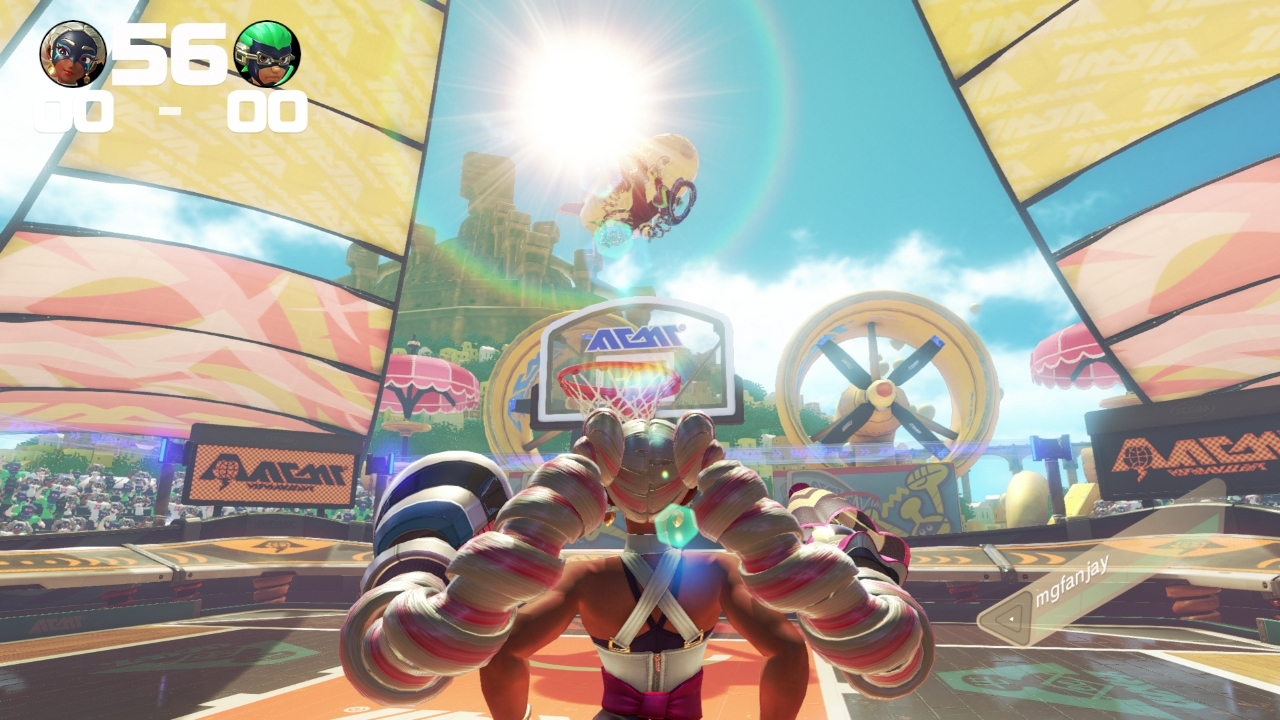 The full release of ARMS is under two weeks away, with its June 16 release date looming. The testpunches released so far reveal a game that should easily be worth its full asking price and this one of the few games where even after two hours of play, I feel like I’ve gotten my money’s worth out of it if I’d plunked down $60. Everything is so responsive and the diverse roster truly does feel different and allow for different types of play – which each having pros and cons in different modes. Hoops and target smashing have real potential, and with the upcoming Switch online network requiring a paywall to enjoy these in 2018 and beyond, early adopters can get more for their money by getting the game early and enjoying the game’s online offerings at no additional cost.