War of the Vikings is available now on Steam Early Access and, as it turns out, is loads of fun. But as I said in my glowing preview from last week, while it is pretty accessible, it’s rather difficult to master. Here are some tips to increase you efficiency in-game.

1. Give Your Teammates Space

I learned the importance of this rule in my first round of War of the Vikings. I saw a teammate engaged in a duel with an enemy player. Being the chivalrous individual I am, I ran to my sparring comrade to see if I could assist him. Of course, while trying to deal damage to the enemy he was fighting, I chopped my teammate’s head off. It happens to the best of us, right?

Keep in mind, though, that this rule have a caveat. If your buddy is being ganged up on, it’s probably a good idea to lend him a hand. Just be sure to stay aware of where he is, and in what direction your sword is being swung. 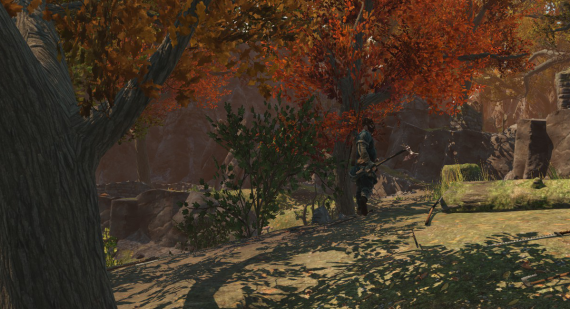 While it’s important to give teammates space, remaining in their general vicinity is important for several reasons. To start, if you’re downed your teammates can revive you. And not only does that keep you from having to wait to respawn, but it also takes a kill-point away from the enemy team.

3. If You’re An Archer, Understand What You Need To Be Doing

The archer is easily the most satisfying class in the game, but it’s also the trickiest to master. The first thing to keep in mind is that you should never be standing still. Sure, to accurately land a shot you’ll need to stand still and aim for a second, but as soon as the arrow is released, begin moving again. Also, never shoot from the same spot twice. Too many times I see people shooting from behind the same tree over and over again, their pattern is predictable, and as a result they’re easy to take-out. Lastly, be sure to know your surroundings, checking behind you every few seconds to avoid being back-stabbed.

In a similar vein as the first tip, don’t shoot into duels. No matter how good an archer you think you are, you’re likely to hit your teammate if he’s in close proximity to your actual target. This is because, more often than not, he doesn’t know you’re shooting in his direction, and ends up stepping into the way. Even if you do manage to kill the enemy your buddy is fighting, however, you’ll likely just be yelled at for stealing his kill.

I’ve heard it a number of times: “blocking hardly even works in this game!” Well, that’s just not true. What is true, however, is that blocking in War of the Vikings demands a lot more effort than in other games, and I’m a big fan of that aspect. When holding a shield, instead of just holding the “block” button, position yourself so the center of your shield is pointing directly at the tip of your opponent’s weapon. When blocking with a sword or axe, move the mouse slightly in the direction you wish to block and then press the “block” button. This will put you in a stance to most effectively block attacks from that direction. To know what direction to block in, watch your opponent’s movements carefully. Every attack has to be charged, so use that to your advantage. If you pay attention and put in the practice, you should be able to block most every attack.

Almost identical to blocking, moving the mouse in the direction wish to swing from before pressing the attack button is vital in combat. Quickly aim wherever your opponent isn’t blocking, be it the legs, the right side, and so on. And be sure to use your special attacks! 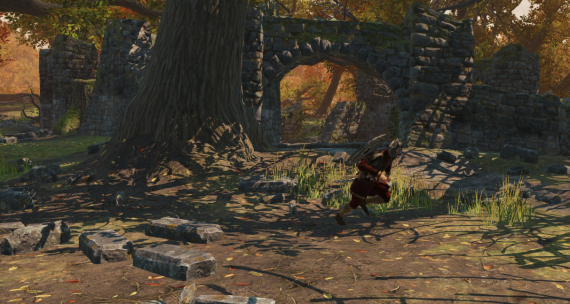 This is some advice I still have trouble following. You know how it is: at one moment your fighting one baddie, but then suddenly three more come out of the woodwork and all start running for you at once. Then you’re posed the question of “fight or flight.” Despite what your instincts are probably telling you, flight is not the best option. Granted, your attackers are fairly close to you, there’s no point in running. In War of the Vikings, being hit by projectile weapons will cause you to trip and fall. And people have gotten really good at using projectile weapons. You’re better off using your new-found blocking and attacking skills to fight your opponents despite the odds. At the very least you’ll go down with some dignity.

7. Learn The Arc Of Your Projectiles

As mentioned in the last tip, projectiles can really trip people up, so use them to your advantage! If those crazy throwing-knife kill-cams from Modern Warfare 2 have taught us anything, it’s that knowing the exact arc of your projectile can be incredibly useful. Maybe try jumping into an empty server and just throwing your hatchets to see where they land, or check how much your arrows drop after what duration of flight.

War of the Vikings is a difficult game, but don’t let that deter you. It’s incredibly satisfying once you gain a firm grasp on what it expects of you. Hopefully with these tips you’ll be able to terminate the Viking scum, or bring the Saxons to their knees; whichever floats your boat.