Earlier this year, Soul Sacrifice blew Vita owners away. The interesting take on the Monster Hunter genre quickly won gamers over with its dark atmosphere, creepy enemies and intriguing story. Several months later, Sony announced a update called Soul Sacrifice Delta. This version would include some big changes, new enemies, improved customization and much more. While this game isn’t set to release until March 2014 in Japan, that didn’t stop Sony from already releasing a demo.

Unlike the fairly lengthy Soul Sacrifice demo, Soul Sacrifice Delta focuses on what’s new and displaying that to you. This all starts with improved customization.

One of the biggest changes in Soul Sacrifice Delta, is the ability to align yourself with a group. These include Avalon, Sanctuary and Grim and it basically means you follow “their” ideology and will affect how the story ends and what items you receive. Not a huge change, but it can give you an idea what your allies are going to do. 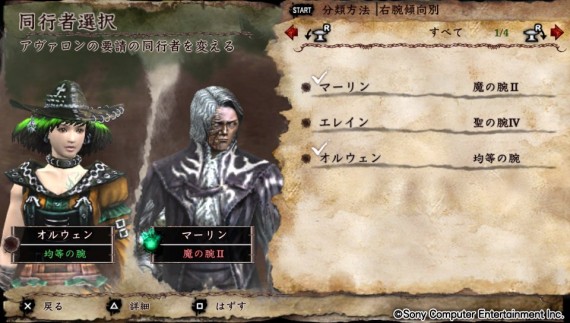 Another big change is the increased character customization. All basic customization elements return from the first game, so you can control your face/hairstyle/color/pigmentation, but a few new colors and designs were added. The real change is how costumes are now handled. Instead of having a single set, each costume is divided into three parts, which include top, bottom and head. Not the biggest change, but it’s nice to have more control over your character. Speaking of customization, the Sigil system has returned and is slightly improved.

Now you can get a slight boost for using certain sigils together and things like your alignment play a big role in how much of a boost you get. The demo also had a number of sigils that changed your arms design, which hopefully means that there will be more of those in Soul Sacrifice Delta.

The demo also showed improvements to the partner system. Now you can get a much better idea of who your partner is, what their alignment is, build and all that jazz. Black rites are also back, though nothing new was shown. The demo does have three additional slots pointing to the leg, though I believe these are just the DLC rites. Finally, new offerings were added, though only a few are accessible in the demo. 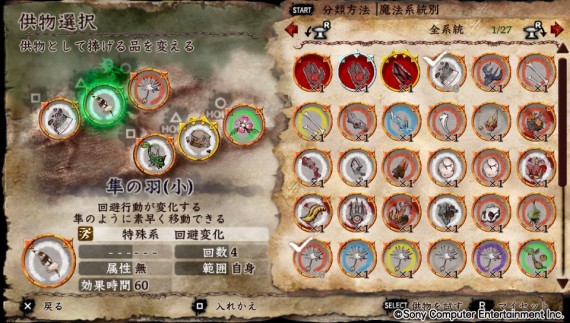 Some of the new offerings include a skill that raises the ground (so you can fight enemies at a higher altitude), spears (fast and long range, but it doesn’t cover a wide area), and a new blood skill that is a fury of melee attacks.

Sadly, not a whole lot was shown in the demo. Unlike the Soul Sacrifice demo, which contained the first chapter and some extra missions, this demo is limited to only three missions.

The first mission is very easy and just has you killing some low tier monsters. One of the enemies is completely new, while the other enemy I believe is a new variant of the rat enemy. This takes place in one of the new locations, which appears to be based off Rapunzel. It’s a fairly creepy location, though it’s also very small. Not much else to say; besides a new choice was added for defeated enemies. Instead of the original save or sacrifice system, you have the choice to let “fate” decide. This is done by using both hands (L + R) and the game randomly (on some level) decides to save or sacrifice the person in question. Not a huge change, but a nice choice if you really don’t care or don’t want to cast judgment on people. 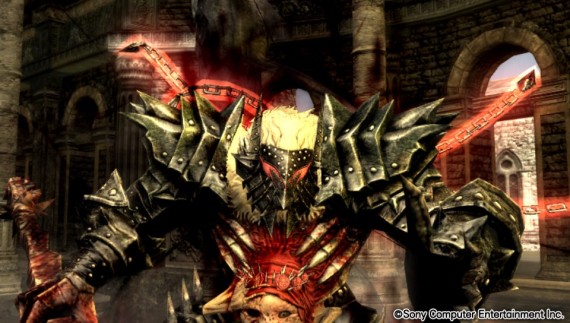 The remaining two missions are against two of the newer bosses and are pretty standard for the Soul Sacrifice series. The wolf boss has a lot of area of effect skills and is definitely a more over the top character than we saw in the original game. This implies some of the newer bosses will be more challenging, but it’s hard to gauge. Some interesting things I did notice during these fights was a new sacrifice animation, the ability to use resources around the level in soul form (so you can attack even if you’re dead) and one of the previous levels got a destructible wall with a new area to explore.

While this was a fairly brief demo, it was an interesting look at the changes in Soul Sacrifice Delta.  The new bosses seemed geared towards changing up weapon buildings and was easily one of the biggest problems with the original game. The new offerings also offer different styles of play and the new blood offering might help make neutral or holy builds better. Only time will tell, but Soul Sacrifice Delta is shaping up to be a fantastic update.