S-E announced today that anyone who wishes to take part in their Square-Enix Collective crowdfunding program will be able to use the Gex, Fear Effect, and Anacrhonox IPs free of charge.  While the latter IP was PC-only, the first two should be familiar to long-time console gamers because they were once fairly big deals. Gex was easily the most well-known of the three IPs as its debut game was one of the best-looking 2D platformers of its day, while the PS1 era saw it reach a fairly high level thanks to Gex 2 being a decent hit by combining funny voice work with good 3D platforming and lampooning popular trends in films and pop culture – its ads with “Stone Cold” Gex stand as a time capsule of the time and give you an example of what to expect from the game itself. The series hasn’t been seen seen since 1999’s Enter the Gecko, and there are tons of things waiting to be lampooned with a modern entry. You could just take the original concept and do a New Millennium version mocking trends in pop culture like Jersey Shore, or even just make half of the game into a Michael Bay shaky-cam blockbuster, with the other half being a send-up on either Asylum mockbusters. And there would need to be at least one level devoted to The Room, or failing that, a HI MARK voice quip. This kind of game would be perfect for a Nostalgia Critic commentary track as well.

Fear Effect was cursed by being released at the absolute wrong time in the PS1’s life cycle for a new IP – however, it probably couldn’t have been done before due to how good it looked. It was a massive third-person adventure game with pseudo-cel shaded graphics, something that was new and novel – and something you’d more likely see on the Dreamcast than a PS1. It was a mature game that used its rating not just for graphic violence, but to tell a compelling story that required a more grown-up mind to understand. Its follow-up did the same thing, and also took four discs to tell its story. Sadly, the franchise has been dormant since then despite cel shading becoming a bigger deal and more mature storytelling being something people wanted from a game. Now, with more modern technology, the potential is there for a game that looks as good as everyone imagined FE looking on its best day, with the ability to tell a great story being more appreciated now than it was then. 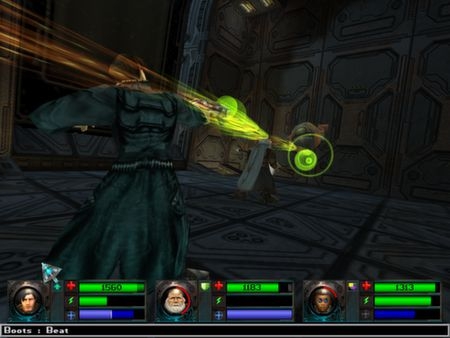 Anachronox is a game that I was never able to play, unfortunately, but after checking out an LP of it, I see a third-person RPG that reminds me a bit of Hybrid Heaven visually that would be greatly aided by increased graphics. The voice acting and storytelling seem solid-enough as is, and building on that foundation would be easy way to create a good game. I can also see the setting and characters working well in a third-person action platformer – along the lines of Beyond Good and Evil, but with more storytelling. The announcement of this IP deal is definitely a great way for S-E to engender some goodwill amongst the die-hard gaming community, and foster the revival of franchises that they have been unable to do much with over the past decade. The fact that they’ll allow them to be used free of charge is honestly quite generous of them, and this should foster some fine reboots and/or sequels if nothing else.