Recently we suggested that Xbox One owners consider picking up a PlayStation 3 while they wait for the next big wave of releases. If you transitioned from the Xbox 360 to Xbox One like most, then I have another alternative that you may want to consider: importing a NTSC-J Xbox 360. While you may have gotten plenty of mileage out of your red-blooded, American 360, you’re likely unaware of the wonderful games available for the console in Japan (as are most Japanese people, considering the system’s poor sales there). An import Xbox 360 has the same appeal as an import Saturn or Dreamcast, and import aficionados know that’s high praise. I think that years from now the Japanese Xbox 360 will have the same hardcore collecting appeal as other Japanese consoles. Despite its performance in the east, the 360 had a cult following bolstered by undying support from a select few developers.

Ketsui, and other CAVE SHMUPs 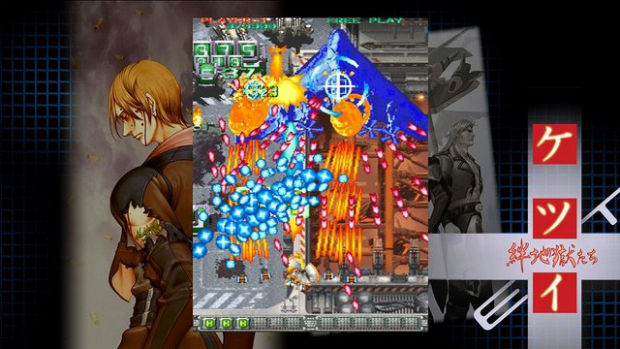 CAVE, a company that made its mark during the Saturn days with some groundbreaking shoot ’em ups, supported the 360 with a fervor unmatched by other Japanese devs. Their games have the power to make hardcore gamers froth from the mouth simply on word-of-mouth reputation. The Xbox 360 was truly blessed with a meaty library of CAVE shooters, with most of them being region-locked unfortunately.

Out of all the releases, the cream of the crop is Ketsui: Kizuna Jigoku Tachi EXTRA. A lot of the hype that surrounds such legendary SHMUPs can feel like hot air, but Ketsui lives up to its reputation and exceeds it. Ketsui is close to the pinnacle of CAVE’s library. The design of its levels and monstrous bosses is breathtaking. It needs to be played to be believed. More recent CAVE shoot ’em ups have all been about magical girls, but Ketsui is all about hard-rocking vintage war machines, and that’s how I like it.  The Xbox 360 release of Ketsui was a landmark moment for the genre, mainly because it took so damn long for it to happen. The Dreamcast, and even the PlayStation 2 weren’t powerful enough to handle a proper home conversion of the 2003 arcade shooter, so die-hard bullet hellions were only able to take the game home when it hit the 360 in 2010. 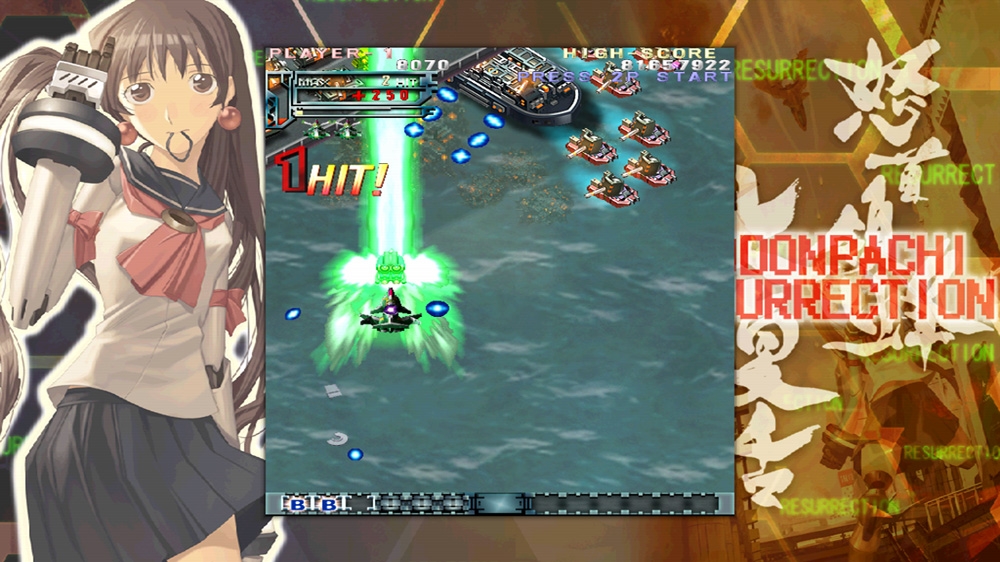 Aside from that, the console housed entries from the legendary DoDonPachi series, which is pretty much the staple diet for modern SHMUP fans. Then you have Mushihimesama, Ibara Sorekara, Espgaluda, Death Smiles, and the modern-day classic that is Akai Katana. CAVE has spoiled 360 owners, and if you’re completely new then you may want to check out the CAVE Shooting Collection boxed sets.

Granted, some of these games have recently appeared in region free form on the PlayStation 3, but all of them were ported from the Xbox 360, whereas the the original Xbox 360 versions are very nearly arcade-perfect. There’s only one choice for purists. 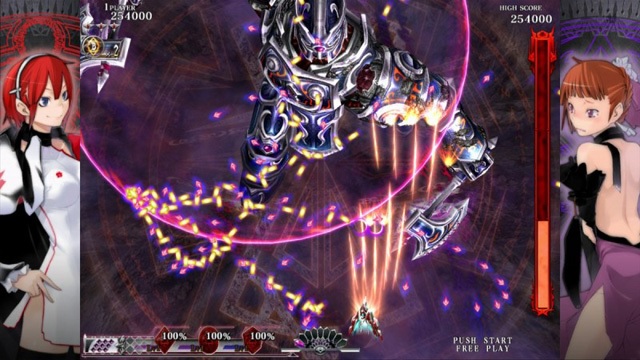 The string of excellent SHMUPs doesn’t stop with CAVE, as other notable shmup developers like MOSS showed dedicated support to the 360. MOSS’s Caladrius is an aesthetic tour de force with heart-stopping boss battles- it’s like Castlevania turned into a shmup. From the same developer comes the excellent Raiden IV. Qute released some solid shooters too, namely Eschatos and Ginga Force. Then you have games like Bullet Soul and Shooting Love, not to mention re-releases of cult hits like Radirgy. The list just goes on… the Xbox 360 was truly heaven for fans of bullet hell. 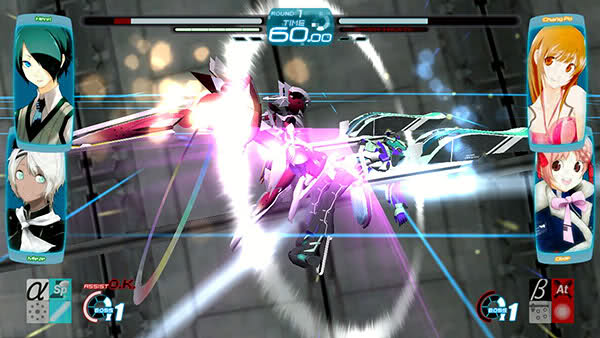 The original Senko no Ronde was localized in North America as War Tech: Senko no Ronde, and it’s still worth picking up on the cheap. Released in its native land as Senko no Ronde Rev. X,  it had a sound and polished framework for a really unique bullet hell/fighting game hybrid. It was fun, but it was clearly a framework, one which was built upon in the sequel: Senko no Ronde: DUO.

The Japan-exclusive Senko no Ronde: DUO  is bigger, badder, and better in every sense. Its visuals are more elaborate, its cast much larger and more varied, and it comes packing a ton of new power-ups and interesting mechanics. Compared to its predecessor, DUO is so much deeper, especially the core combat system which allows for more unique combinations. The first game may have been a fun little distraction, but Senko no Ronde DUO is a worthy competitive challenge for any fighting nut. The leap from Senko no Ronde Rev. X to Senko no Ronde: DUO is comparable to the leap from Virtual-On: Operation Moongate (Saturn) to Virual-On Oratorio Tangram (Dreamcast).

The Idol M@ster was a huge hit in Japanese arcades when it first came out, and has since spawned sequels, an animated series, and several music CD releases. Its exclusive home conversion on the Xbox 360 was one of the platform’s biggest (albeit short-lived) victories in Japan. The language barrier is obviously going an issue, but there are plenty of fan translations floating around. In the game, you manage the careers of Japanese pop idols by taking care of them and organizing their schedules, and support them them via training, promotion, and communication. The game is a fun musical adventure with a lot of catchy songs (if you’re into J-pop that is) and features colorful, cheery visuals.

It was followed by a sequel, The Idol M@ster 2, but there was another spin-off sequel titled The Idol M@ster: Live for You!, which essentially streamlined the Idol M@ster experience. That game focuses more on the music/dance performances and trims down all simulation aspects. This spin-off is perhaps a safer gateway for those who don’t speak Japanese.

There are a good number of JRPGs available for the Xbox 360, some of which never left Japan. There’s a lot of cool first person dungeon-crawlers that you may want to check out. Students of Round in particular is among the most popular Xbox 360 games in Japan.

If you’re fond of Japanese quirk, especially blended with intense, frenzied shooting, an NSTC-J Xbox 360 will give you plenty of bang for your buck – and some very flashy wiz, zap, and pow for good measure.