JRPGs and co-op don’t exactly go hand-in-hand, and that’s a crying shame. Those of use who enjoy the genre must often do so in solitude. It all makes sense, though, considering that gaming in Japan has historically been a solitary pursuit. And while this trend is slowly dying, thanks to Monster Hunter and its ilk, it’s taken a while to get here. Nevertheless, along the way there have been a few games that have braved the co-op frontier. Here are ten of the best. 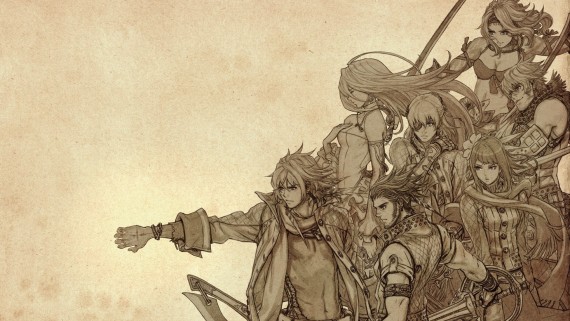 This one’s tricky, seeing as Nintendo WiFi Connection has officially shut down, and it’s impossible to “officially” play The Last Story’s multiplayer component. Of course in this day and age there are shortcuts and workarounds for every such problem. The Last Story takes a pretty neat approach to creating a multiplayer experience out of a single-player game. Instead of tacking on some ham-fisted deathmatch, Mistwalker has delivered what’s essentially a raid/boss-rush mode, wherein players team up, kill giant baddies and collect loot. It’s rewarding, purposeful, and produces fantastic moments of adrenaline-pumping triumph with its simple, tight design.

Alright, so it’s up for debate whether or not you could consider Advance Wars a JRPG. I’ve always seen the games as such, seeing as they utilize typical gameplay and narrative tropes of the genre and have a traditional anime-inspired aesthetic. So that argument aside, most folks don’t know (or at least didn’t make use) of Days of Ruin’s co-op mode. It plays just as you’d expect of an SRPG; folks take turns moving units into calculated positions, and high-five in exuberance as they lay waste to all enemies in their path. The multiplayer here doesn’t try anything fancy or revolutionary, and that’s precisely why it works so well: it takes what makes the single-player campaign so special, and simply adds the ability to team up and take on AI opponents. It doesn’t get much better than that. 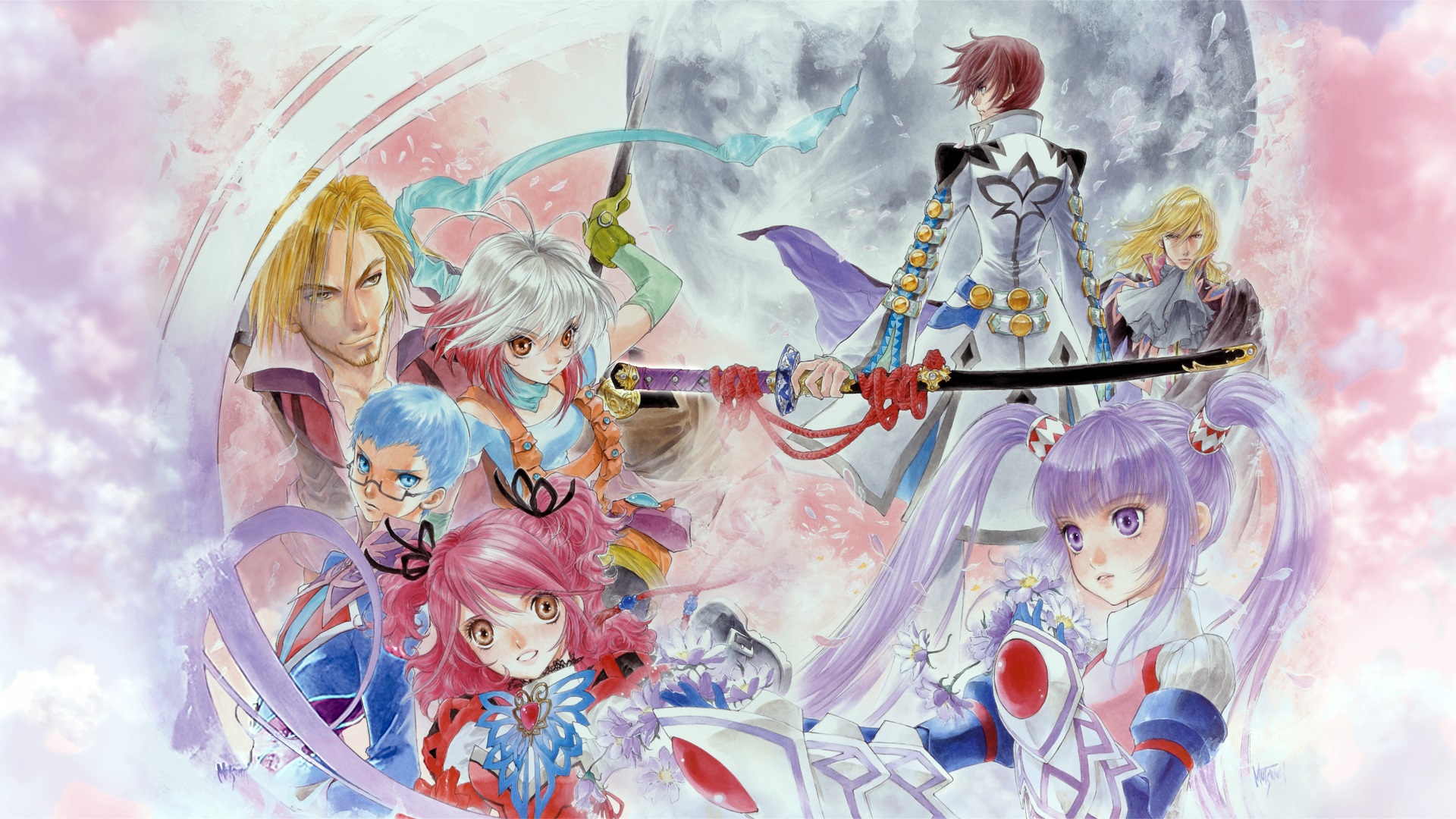 Sure, I could’ve picked just about any Tales game for this entry in the list, but I wanted to go with the installment that has the best combat system. While it’s up for debate whether Graces, Abyss, Symphonia, or even Vesperia is the “true” king of the series [editor’s note: it’s Vesperia], Graces sports perhaps the most robust, dynamic combat engine of the bunch. While there’s no second-player additions to the gameplay outside of combat, battling is such an essential and spectacular part of the Tales series that playing side-by-side with a friend through the entire story doesn’t feel like a war of attrition it is in games like Eternal Sonata. Sometimes, watching another person play a game is boring; and though the second-player will have to watch the first explore the game’s towns, map and dungeons, the combat pops off so frequently that it nullifies those slower moments. 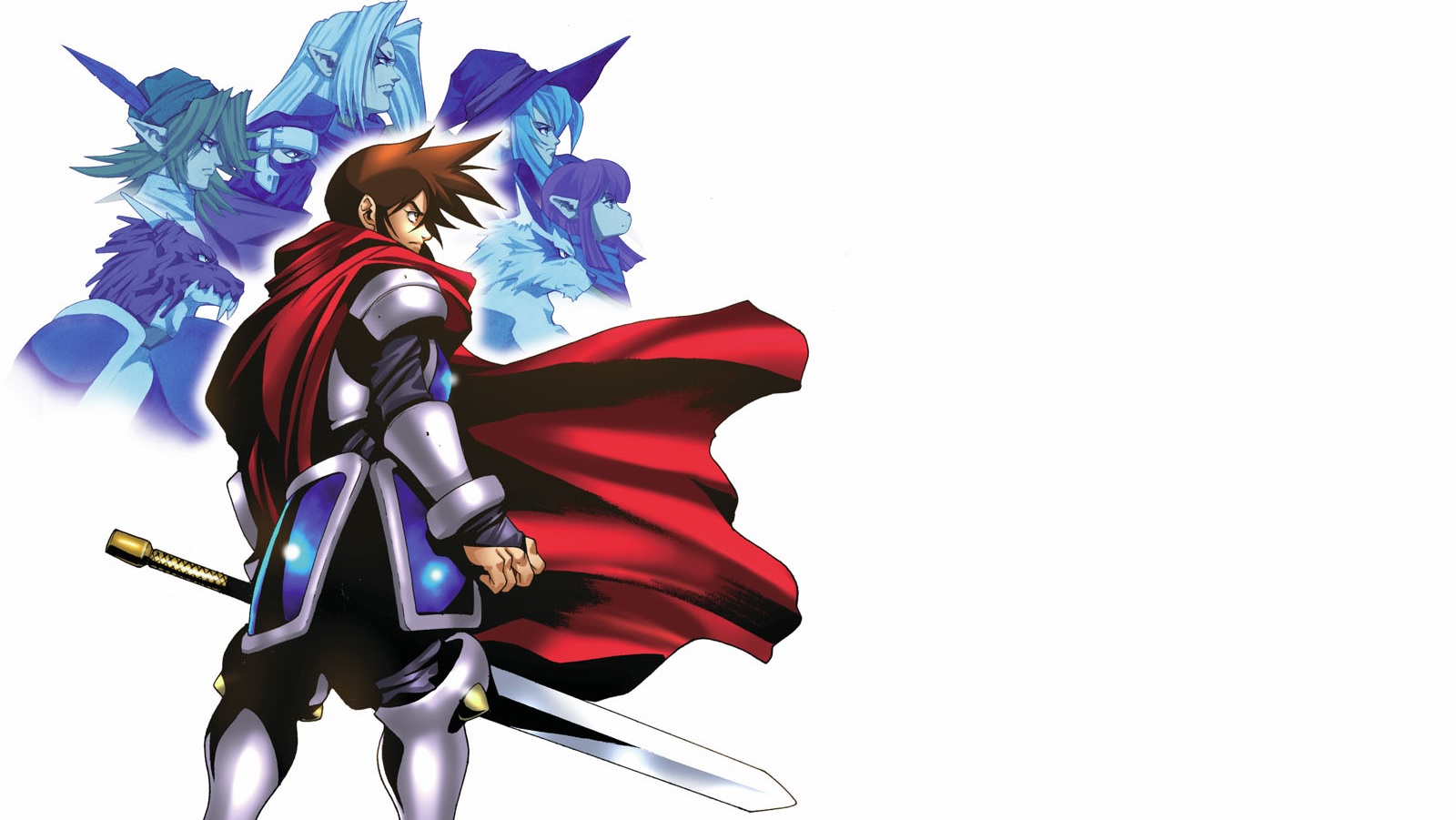 It’s downright criminal how often the Shining Soul games are overlooked. Sure, they don’t really embody the essence of the Shining series (and isometric graphics can be a turn-off for some) but once you get past those aspects, there’s a lot to love about the multiplayer-oriented titles. Think of Shining Soul II as a Japanese Diablo-clone, complete with dungeon-crawling and loot-gathering. Like any other loot-grind, Shining Soul 2 is best enjoyed when you have friends to assist with monster slaying and marvel at your hard-earned gear. It would be wonderful if Soul got some kind of Virtual Console release, but that hasn’t happened yet, so to play it you’re going to need to find yourself a few copies and a few GBAs. Thankfully, eBay is a thing 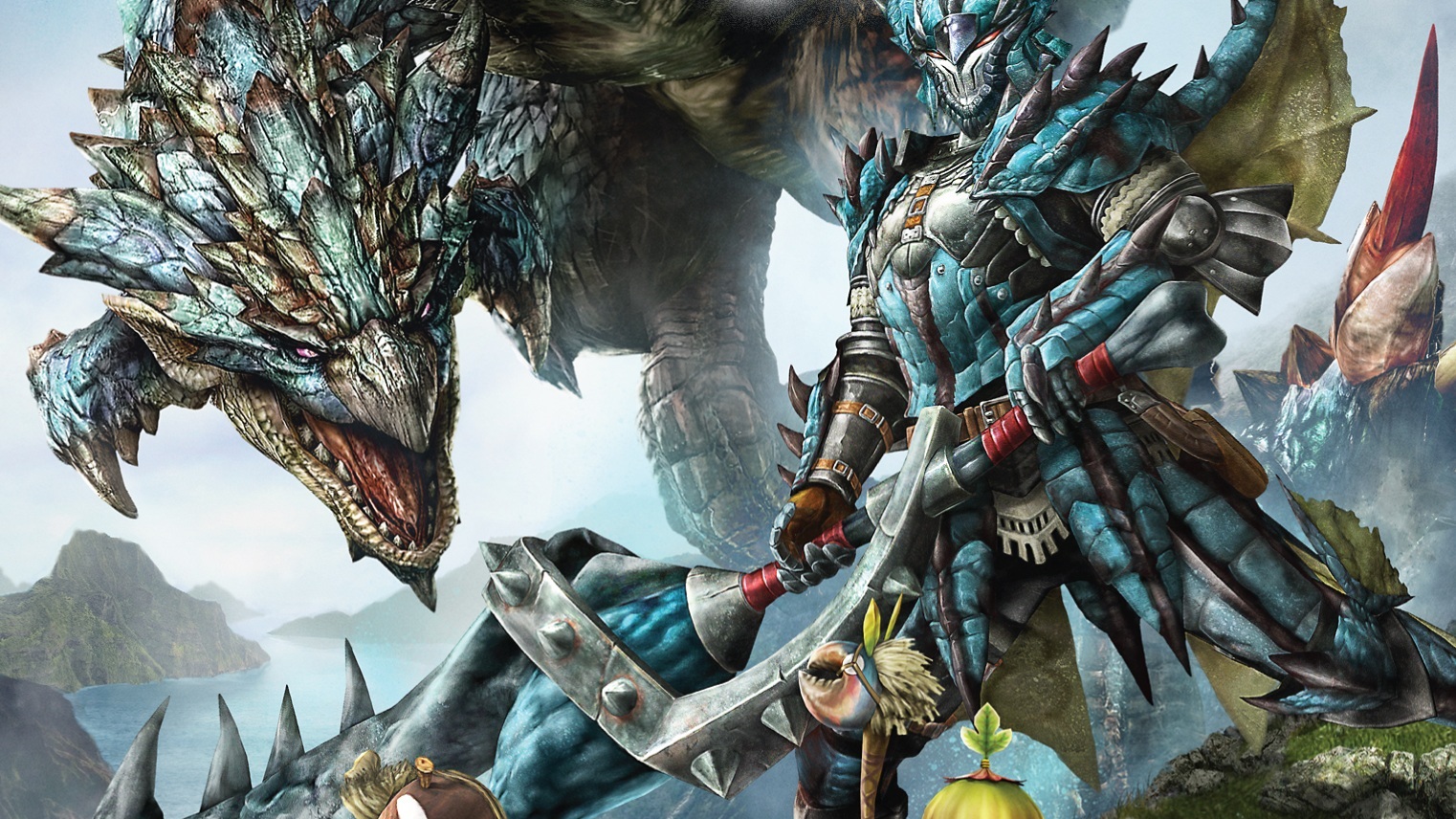 How could we not include Monster Hunter on this list? Capcom’s baby is the type of roleplaying game that demands cooperation to see a task through to the end. Moreover, it’s an experience that isn’t replicated entirely by any other series. Of course, there have been various other hunt-games over the years (Ragnarok Odyssey and Toukiden just to name a few), but none have really cemented themselves as a top-shelf product like Monster Hunter. Of all of the games on this list MonHun perhaps provides the most rewarding pay-off. Its hard work-to-satisfaction ratio is nearly 1:1, which clearly indicates that its design philosophy just works. While the series’ learning curve is a sizable barrier to entry — and the gameplay isn’t for everyone with its methodical, almost sluggish pacing — one can’t deny that the Monster Hunter is a unique, genre-defining game. Coupled with a fluid online-integrated multiplayer component, it’s easy to understand the franchise’s success.

Let me get this off my chest now: Legend of Mana does not get the praise it deserves. It’s a  whimsical, deep game with strong core mechanics. Because of that, it lends itself nicely to 2-player co-0p. Unlike the games, Legend of Mana allows up to two friends to run around the field map together and, of course, partake in all combat scenarios as a team. While the second player can’t make critical decisions when in a town or dungeon (such as initiate a conversation with an NPC or exit the area) they aren’t left to idly watch their friend play between battles. That aside, once a battle starts, it’s easy to get sucked into Legend of Mana’s accessible but satisfying combat system. Being able to upgrade stats and equip new weapons is also a perk, and was kind of a rare feature on consoles in its day. Legend of Mana is a great game; to be able to play through the whole thing with a partner only makes it greater. It’s even more impressive that despite its age, it still looks looks incredible, and plays just as well. 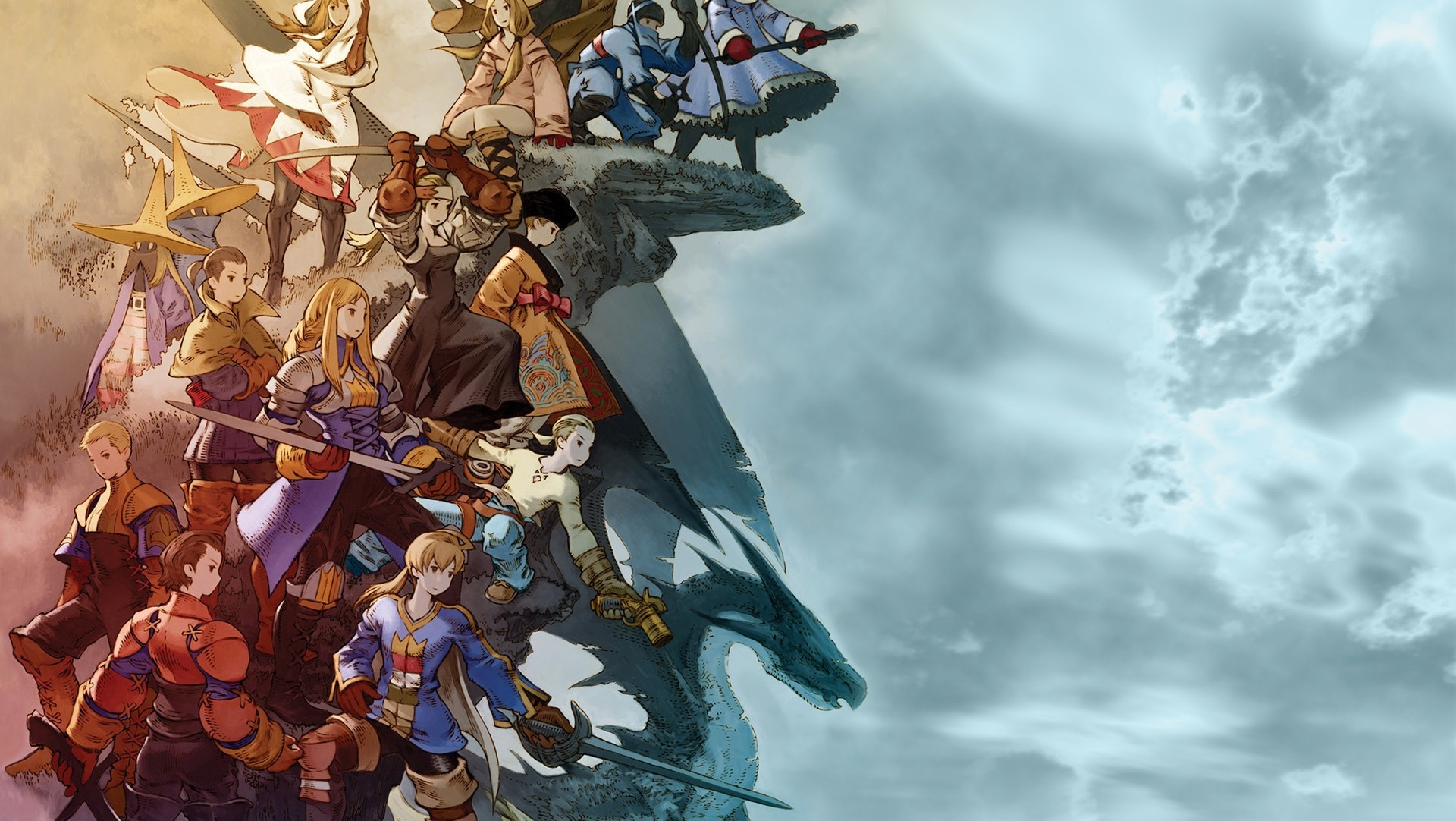 SRPGs make for some killer multiplayer. Their turn-based, tactical nature is ideal for co-op, allowing you to dig into the mechanics while still leisurely enjoying the company of a friend. Being able to partake in the incredibly deep, strategic battles for which FF Tactics is known merely serves to sweeten the deal. Final Fantasy Tactics is one of the most sound and complete SRPGs around, and a real treat for friends wanting a quality cooperative adventure. The best part of all this is the fact that co-op missions in War of the Lions are exclusive to multiplayer, giving both players glimpses at the world of Ivalice that they wouldn’t see on their own. 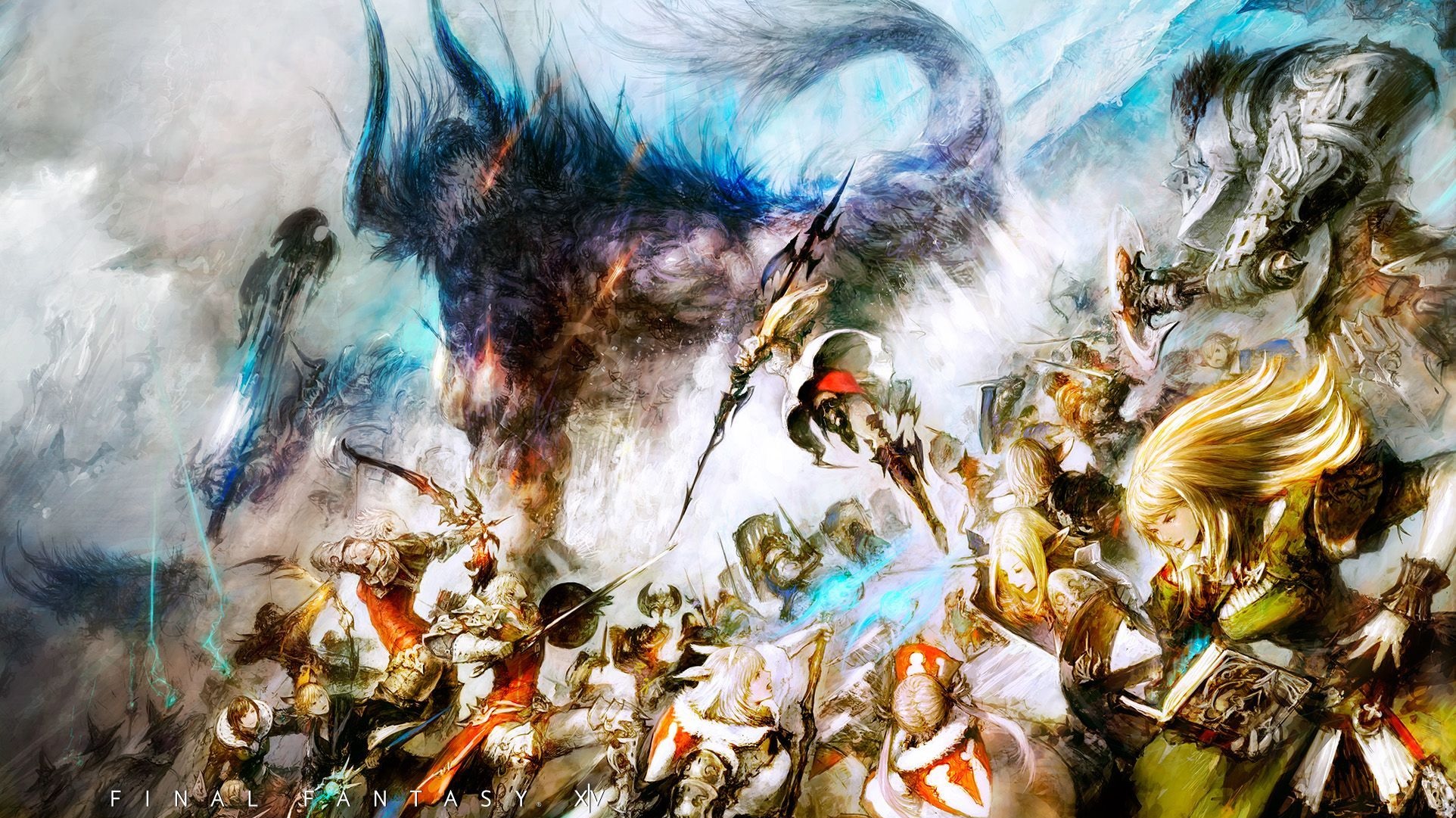 Final Fantasy XIV’s dungeons and raids are so teamwork-oriented that any one party member can be the deciding factor between victory and complete failure. While this is pretty standard in MMOs, A Realm Reborn’s traditional point and click combat and emphasis on positioning (a la Guild Wars 2) makes for one of the more fulfilling and gratifying battle engines in the MMO space. Because of how the game is set up it’s super easy to link up with friends and trounce bad guys. With interplay across PC, PS3, and PS4, there are few easier ways to bring all your friends together in one game.

Wait, another Final Fantasy? Yep, and be thankful we didn’t add VI or IX. Seriously though, Crystal Chronicles scores a spot high on this list because of how the entire game was designed around multiplayer. Chronicles is such a great multiplayer game because of how it forces you to depend on your fellow players; want to cast the strongest kind of magic in the game? Combine your magic with your friend’s. Looking to explore? Better have a friend to lug the Crystal Chalice around and ward off the encroaching miasma. GBA connectivity allows each player to manage their own menus, which prevents the game from getting bogged down by constant inventory management. All the way down to how bosses are handled, Crystal Chronicles’ emphasis on teamwork was unparalleled at the time of its 2004 release. 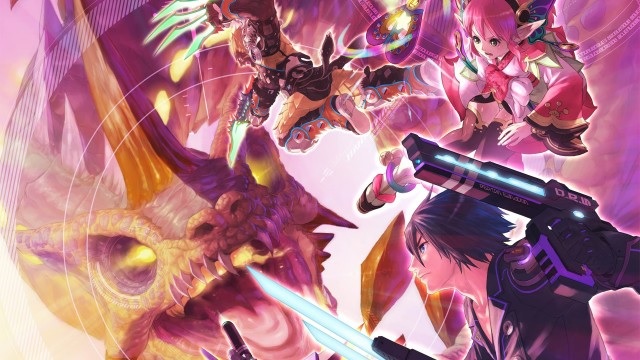 My previous editorials have made it blatantly clear that I’m in love with PSO, so it shouldn’t surprise you to see it top another list. But it truly deserves this top slot. This game lets you do anything you could do in single player, but with friends along for the ride. PSO is a bit of a hybrid in terms of its genre classification, as it’s one part MMO and one part standard RPG. As a result, we get  to make our own character and explore the world with friends, while still being treated to a captivating full-fledged story. I had friends come over every weekend to play this with me, and we’d get lost in its huge, unfolding world together, upgrading, trading, and hunting for loot in an endless quest to make our champions more badass.

Phantasy Star Online is the apex of cooperative gaming because it cuts no corners make multiplayer work, instead catering to solo and group players simultaneously. More impressive is that it achieved this at the dawn of online-enabled consoles. Like much of Sega’s work, Phantasy Star Online was ahead of its time, but unlike some of their more famous failures it resonated and left a lasting footprint in gaming history. 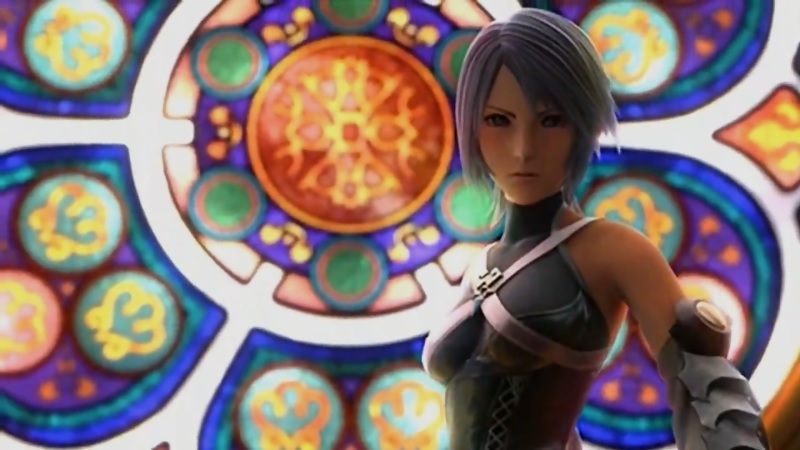 You probably didn’t know Birth By Sleep sports co-op play since Square Enix barely marketed it, and co-op is obscured even within the game itself, but once you get in you’ll find plenty of thrills. Birth by Sleep’s multiplayer is similar to The Last Story, with a clever cooperative boss-rush mode. Ideally you’d be able to run around in Kingdom Hearts’ magic kingdom with all your friends in tow, but it’s still nice to show off your fully-leveled, ultima-weapon-wielding protagonist to your jealous buddies.

If you enjoyed this top list, check out our top 20 overlooked games of the 2000s, or 10 JRPGs Final Fantasy VII overshadowed.