Amazon’s recent announcement, and same-day release of the FireTV, brought a new challenger in the world of streaming media/gaming devices. TigerDirect has teamed up with Blink to release the BiggiFi. This device looks a bit like a Chromecast, and comes loaded with apps like Youtube, Netflix, and Hulu Plus. You can also use it to play games without a controller on your TV. Now, if you have a bluetooth pad that is compatible with your phone or tablet, it will work – so if you want Android gaming on a TV and don’t have a desire to own an OUYA, GameStick, MOJO, or FireTV, then this is a way to get that done without those devices. At $80 initially, and $100 regularly, it’s honestly hard to imagine this working as a real gaming substitute for either the OUYA or the FireTV, though..

With the former, you have a device with tons of games available and at least a handful that are well-worth owning. The FireTV features higher-profile games natively, but many of its games can be sideloaded easily on the OUYA. The value of these devices relies on just what you want them for. Classic gaming fans will love the OUYA’s many emulators and original games based on classics, like Donkey Me. The FireTV is the more mainstream-friendly option with higher-profile titles you’ll recognize, but no expandable storage – so you can’t fit more than a few of them on the device at any one time. BiggiFi seems to be aiming for people who really love mobile gaming, but don’t want a corded device to play those games on their TV.

It’s honestly difficult to imagine that being much of a market since the Android gaming scene is already so splintered, although the terrifying Stepford family in the ad sure seems to be enjoying it. Whether that’s through an organic process, a court order, or some kind of mind-altering substance isn’t clear. The young boy with the salad bowl haircut is especially scary. His face appears frozen, while the mother, or sister or whatever is having way too much fun. Just what century is this scenario happening in anyway? What family in 2014 dresses identically, unless they’re doing it to reference the Brady Bunch in some ironic way? Also, the oldest brother, or kid or whatever has a mullet. Again, this is 2014. Who has a mullet and isn’t Kenny Powers? This guy is certainly not him, although you can see Kenny be amazing in the new MLB 14 The Show commercial. I recommend watching that, and checking out all of the seasons of Eastbound and Down on Blu-Ray. Or you could get them via HBO Go with the BiggiFi! 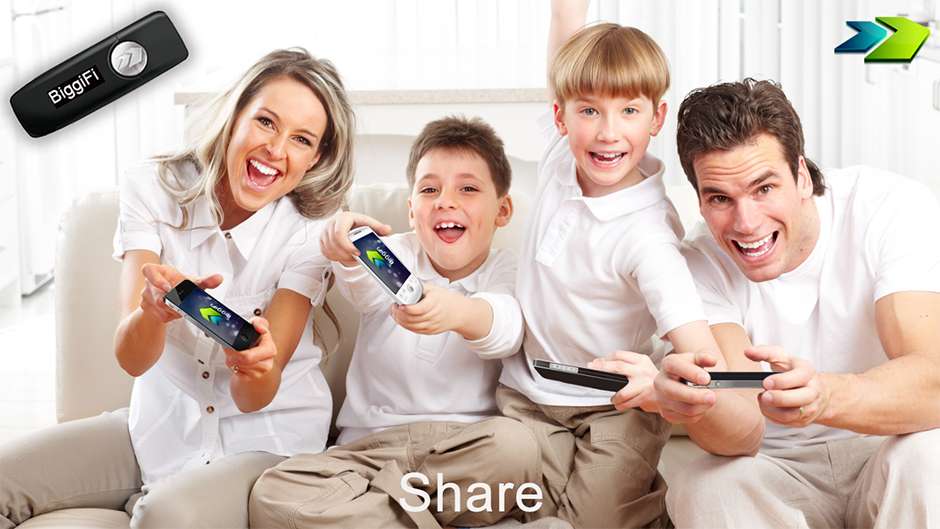