Contra: Shattered Soldier fell victim to simply being too much a reminder of a time in gaming that was no longer all that popular at the point of its release. Despite being one of the better games in the series, Shattered Soldier couldn’t capture the hearts and minds of most outside of diehard Contra fans. Why Shattered Soldier worked, regardless of its criminal lack of fanfare, was its astute ability to recreate all the elements of a classic formula without ever feeling like being just a mere clone of the Contra games before it. Ultimately, Shattered Soldier was able to skillfully pull in all the aspects that made the franchise so popular in the first place, by giving players a tough-as-nails campaign, strong shooting mechanics and some truly over-the-top moments and boss battles.

Yes, it could incite tears of rage and mangled controllers from being thrown across rooms, thanks to its steep level of challenge, but it could also give players a genuine sense of accomplishment and unreserved satisfaction. Realistically, this game is one of attrition; blood, sweat and tears — the more produced, the more rewarding the experience. And make no mistake, this is an experience about learning the game inside and out, to the point that playing it blindfolded doesn’t seem all that far-fetched. In fact, this has to happen if players ever expect to see the end credits.

By the by, Contra: Shattered Soldier is a game that shines for a multitude of reasons — some of which have been listed, and many others that can’t be aptly put into words; every great game is defined by both. 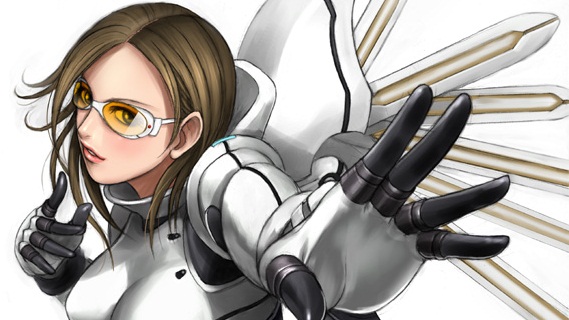 This is sure to be a controversial entry to the list, as P.N.03 was originally met with a noticably divisive reception upon its release back in 2003. Partly because of its awkward name, as well as its GameCube exclusivity, P.N.03, also known as Product Number 03, struggled to find a place amidst the blockbuster lineup of games that came out the year of its release. Brought to us by famed developer Capcom, P.N.03 was not what many expected it to be. At a time when studios were not as concerned with going backward to capture the nostalgia of earlier gaming bliss, the industry was looking forward to creating entertaining and visually-pleasing titles that propelled things forward into a new era. P.N.03 was somewhat the opposite of all that.

While P.N.03 had hints of being a beautiful, new-aged game, primarily in the department of animation, it was very much so a throwback to a bygone time in gaming. It was old-school in its design and execution, meaning it was a challening romp through a sci-fi laden landscape with limited, and somewhat unnecessarily rigid, mechanics to cap off the experience. Even with these sometimes obscure ideas in place, such as the inability to move and shoot at the same time, P.N.03 seems to be made with a clear vision in mind of how it should play and feel. Thus, these strange decisions somehow make sense when looking at the game in the context of how much of a throwback it really is.

What is never in question, however, is P.N.03’s sense of style. The game’s heroine, Vanessa Z. Schneider, moves to the beat of a constant flow of body-rolling music, as she gracefully traverses the battlefield, hips shaking. Her flashy attacks and acrobatic manuevers are made all the more alluring by her overt display of unyielding sexuality, which is well-depicted thanks to some ahead-of-its-time tech. Thus, if nothing else, P.N.03 is a delicious treat to take in visually. Fortunately, if one can understand the game given its obvious design goal, there’s a fantastic adventure to be had, too. Perhaps if the game was marketed as such, and its audience more overtly saw what the game represented in terms of gameplay and overall concept, folks would have given it more of a chance.

As it stands, P.N.03 will probably be looked at as a missed opportunity, which is disappointing at the very least, seeing as what it has to offer; style, substance, nostalgia and even some forward-thinking ideas are all present here, they’re just masked by misguided perceptions of what people thought the game was supposed to be, and not what it was. 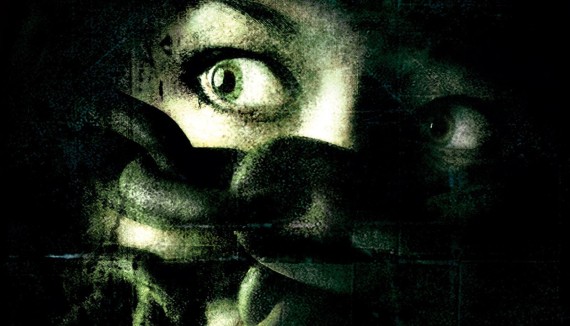 To this day, Condemned: Criminal Origins ranks among the most unnerving games ever created. After all the hours we spent with it, we ultimately walked with a new understanding of what it takes to create an authentically scary atmosphere… and what it feels like to have a really sore back. We say a sore back because, for the entire playthrough, we were as tense as could possibly be. Our shoulders were up around our ears, we were hunched over stiffly and if we could’ve bitten our nails in frightful anticipation while still navigating the dark corridors riddled throughout the game’s unsettling environments, we would have. Meaning to say, Condemned nails its tone without question, but it also crafts a combat system that is downright vicious.

Condemned’s battling is every bit as vital to the game’s experience as the moody setting. It’s frenzied; it’s disorderly; above all else, it’s violent. For most of the game, players will trawl dank estates with makeshift weapons at the ready. Pipes, crowbars, it doesn’t matter, if one can find it lying in a sewer, Criminal Origins considers it fair game. And players won’t question whether or not the item in their hand can kill; they will just simply cherish having something to defend themselves from the monstrosities that will inevitably attack from all dark corners of the room.

In this regard, and in so many others, Condemned is an expert in giving players a haunting experience, one they won’t soon forget. It’s a storyteller of all things ambiance and disposition. If the enemies don’t break you, the eerie, abandoned hallways will. Coupled with symphonies of dread and intensity, Condemned pushes players to their psychological limits, and is damn proud of it.

IO Interactive’s Freedom Fighters is the game you never knew you wanted. On the surface, it looks generic as all get out. From the name right down to its appearance, nothing about Freedom Fighters seems all that remarkable. Even the gameplay mechanics aren’t very original. It’s only when all of those seemingly standard factors come together, does one finally see Freedom Fighters’ true potential. A game genuinely greater than the sum of its parts, Freedom Fighters is solid through and through.

Because everything the game offered was offered by countless other games before it, Ubisoft had a decent blueprint from which to work, and in turn, gave players something undeniably special. Some games don’t need to reinvent the wheel to make an impact, they merely need to implement tried-and-true mechanics into one competent piece of work, more effectively than those before them. That’s what Freedom Fighters did – it took everything you’ve ever known about third-person shooters, and made it all the more succinct, all the more well-made. In doing this, we have a formulaic game that does the formula with exactness, and sometimes, that’s all it takes. Perfect the imperfect. 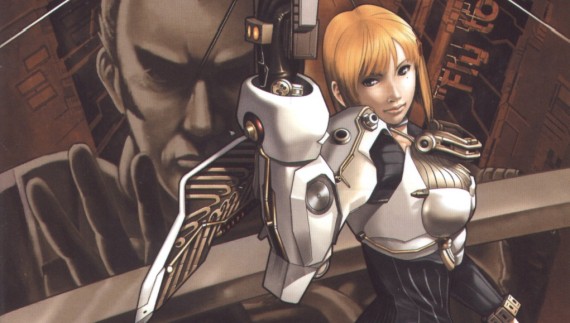 Originally slated for the Dreamcast, very few people actually know of this diamond in the rough. From the team over at Smilebit, Gunvalkyrie was released for Xbox in 2002 to very few trump blasts – a truth that pains me to write even today. This fast-paced shooter is a third-person action game with one of the steepest learning curves in the genre, thanks to an incredibly elaborate control scheme. Aside from the unique controls, though, Gunvalkyrie isn’t mind-blowing in its gameplay concept; there are two characters to play, ten stages to tackle, a handful of boss to trounce, the slaughtering of lots of bad guys and some  cutscenes that unfold between missions to deliver the finer narrative points. Pretty basic stuff, really.

But like he aforementioned Freedom Fighters, while those elements aren’t all that inventive by themselves, the actual bulk of the game, the glorious combat, builds upon those fundamentals for an exceptional experience. Thanks to the brilliantly complex control setup, Gunvalkyrie is one of the rare games that make you feel like a total boss once you grasp all its intricacies. Clearing entire screens of enemies with the fluidness of a gymnast — one that just so happens to be donning a scientific battle suit of bad assery — is a distinct kind of feeling; one that sticks around long after the play session is over.

To this day, we can remember what it was like to fly through Gunvalkyrie’s initial few stages for the first time, caught up in the wonderment and speed of it all — taking in the sights and sounds of a game that was so very Japanese. The fact those memories can be so vividly recalled  after 11 years is something of a triumph on the game and developer’s end. In the end, Gunvalkyrie may not be the most technically complete piece of multimedia out there, but it really doesn’t need to be. What’s there, regardless of soundness, is utterly heartfelt; a true labor of love on the part of Smilebit.