One of the main requirements of a properly functioning world is the need to move things around.  People and various goods have to go from where they are to where they need to be, and if you can provide this service quickly and efficiently then it’s almost impossible not to end up with bucketloads of cash.  Train Fever is the latest in a long line of transportation games, and while “Train” is right there in the title, it’s about far more than simply laying down tracks and watching the engines go back and forth.

Each time you start a new randomized world there’s a new network of cities and resources needing to be linked together, and while the towns will grow and the people move about without your help, not only would it be a slow process but it wouldn’t do your bank account any favors either.  So, armed with a loan of $3,000,000 to get started, you get to lay down bus routes, run tracks between a couple of towns, and link resources with the processing plants necessary to refine them into useful goods.  Once the money starts flowing you get to do it again and again with the other towns on the map, setting routes and upgrading the fleet while trying to keep expenses under control.  Buses, trucks, streetcars, and both freight and passenger trains are all yours to point in the right direction, and it’s immensely satisfying to see a map covered in your lines ticking away like clockwork. 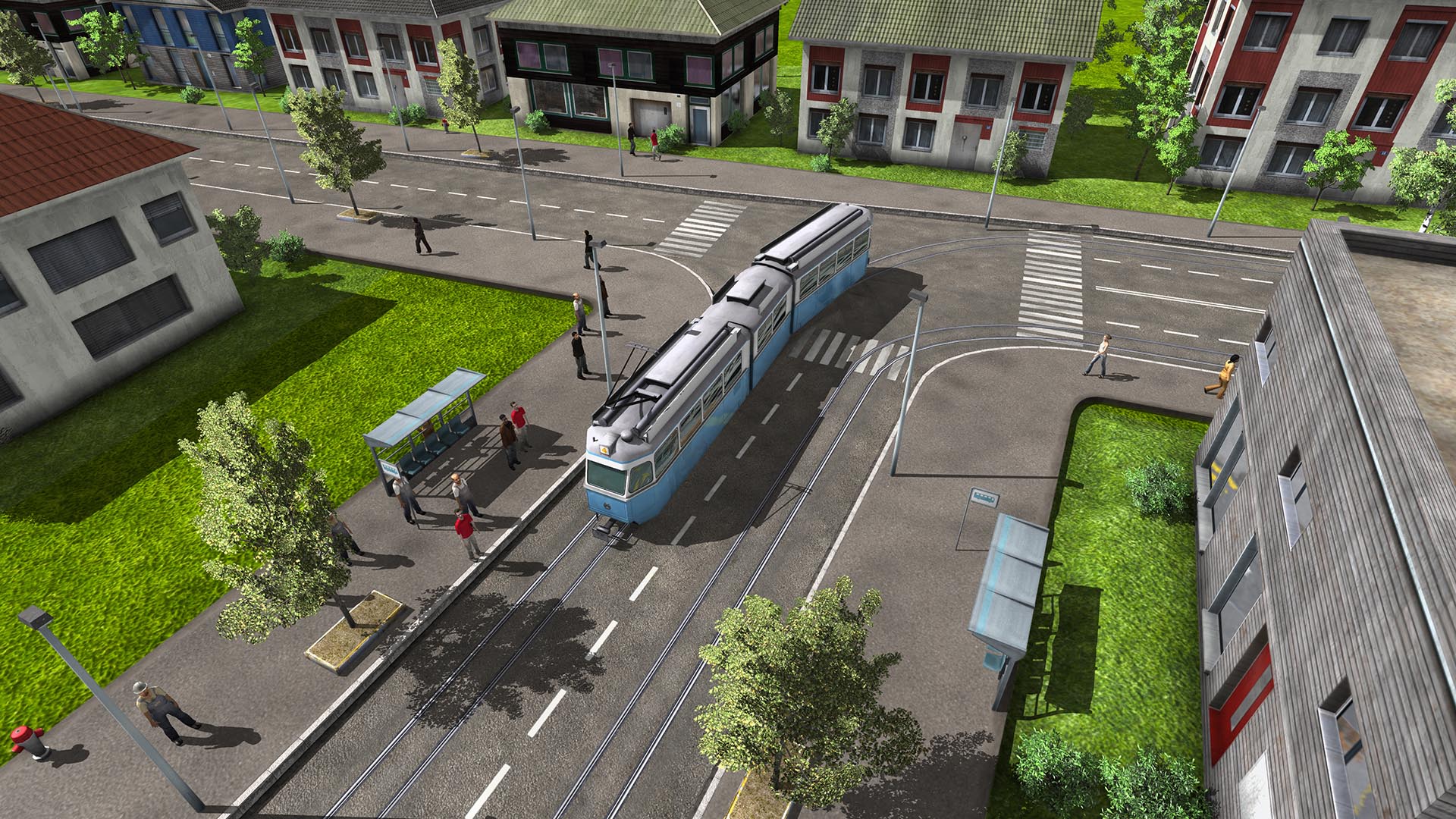 A new game starts with a randomized map in small, medium, or large sizes, with towns, rivers, roads, and resources scattered across the terrain.  In a normal game you start in 1850 with steam engine tech and horse-drawn coaches to move people around town, and if a $3,000,000 loan sounds like a lot it’s actually just about enough to get a good start on things.  Run a few bus lines to move people from residential to business, industrial, or recreation areas, plop down a train station and run a rail to the next town over, and maybe send a few wagons out to the forest to carry lumber to the sawmill and then bring the finished wood into town and you’ll end up with a little change left over to cover maintenance.  As time passes tech improves and the new toys get more expensive, but the basics remain the same.  Transport the populace, keep industry moving, watch the money roll in if you’ve done it right.  That last bit, however, is the tricky part.

The first few maps of Train Fever are going to have to be practice worlds, because tutorials are almost (but not quite) nonexistent.  Starting a new map gets instructions on the mechanics of how to set up a bus line and a passenger train, and then you get to sit back and figure out why they aren’t making any money.  It turns out that one of the overlays is for Land Use, telling you how which parts are residential, industrial, business, and leisure, and a good bus route will link up multiple types without being overly long.  The train station wants to be in the residential area with a bus stop right nearby to maximize its ease of access, and while this is logical and easy to follow once you know, Train Fever doesn’t care to inform you of this very basic requirement.  Needless to say, when it comes to more complicated options like setting up signals for track crossings, or figuring out the requirements for freight trains (which use different stations than passenger trains) you’ll need to hit one of the many guides popping up on the Steam forums.  Train Fever is a fantastic transportation sandbox when you know what to do, but with the depth of options and dozens of ways to get them wrong it desperately needs to explain itself better. 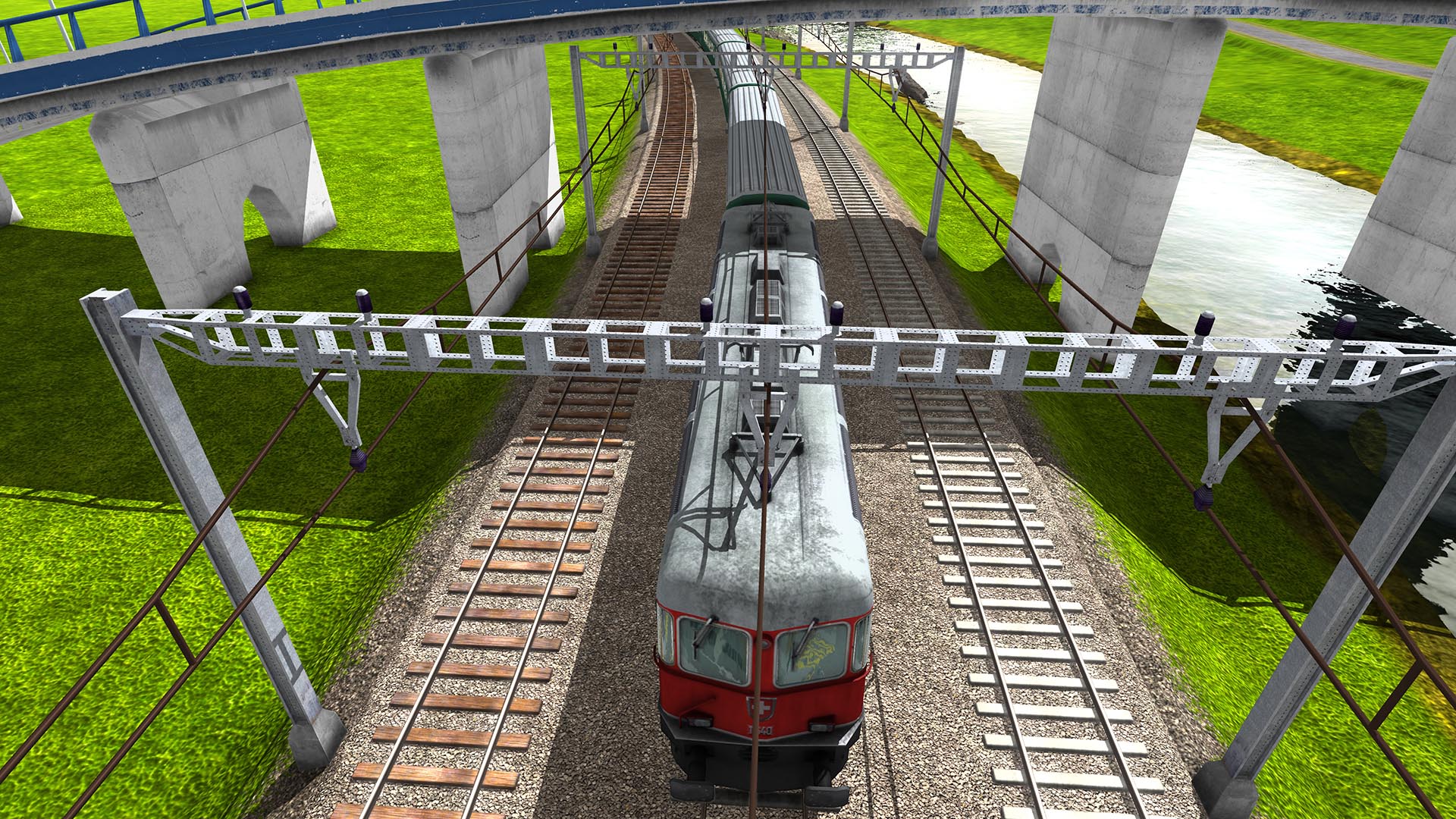 Once you know what to do, or at least where to look to find out how to learn what you need, Train Fever opens up into a lovely giant world of transportation possibility.  A successful town will grow bigger, either by itself or with a little guidance as you lay down its roads, and so long as your network gets people and goods where they need to go faster than they could get there themselves they’ll make full use of your infrastructure.  It’s always nice to hear the *ka-ching!* of money being dumped into the bank account as several dozen people disembark from your train, and while the total looks nice just sitting there it’s even better when spending it on a new run of track or a faster, more powerful locomotive.  The money rolls in and gets spent as fast as it arrives until the entire map is covered in rails, stations, streetcars, depots, and trucks, turning the world into a humming engine of activity and motion running to your specifications.  It’s the kind of sim that makes it far too easy to have one task lead to another until the sun is peeking over the horizon.

It’s also, unfortunately, not done yet.  Train Fever was released several days ago but there are still several updates on the way to shake off its launch day problems.  Problems such as an inability to remap controls, which is particularly troublesome if you use a trackball without a center mouse button.  The center mouse button is used to tilt and rotate the camera, which is necessary when laying track on hills to verify the angle of the slope, or even just get a nice view of your train chugging down the line.  The camera zoom on the scroll wheel takes you from the stratosphere to just a few feet off the ground, with the simpler macro view filling with details the closer you get to earth, but if you don’t have a mouse wheel (thankfully I do, but not every mouse, trackball, or touchpad does) there’s no way to change it.  There’s other keyboard functions as well, such as using M and N to rotate a train station before placing it, but no way to know that due to no listing of key bindings in the game.  Going by its lack of even basic usability features, Train Fever should be on Early Access rather than full release. 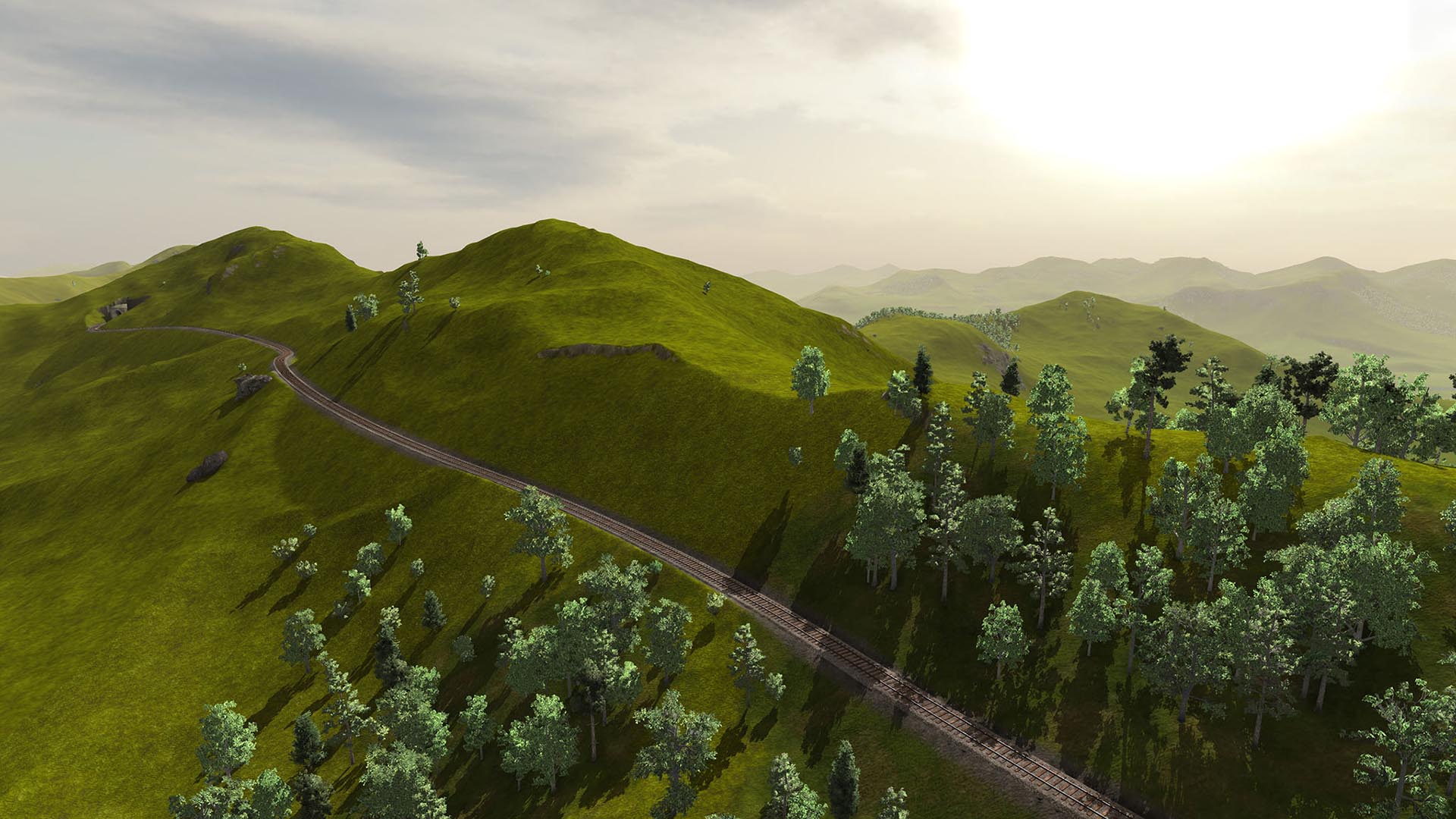 This article was supposed to be a review but, despite being a lot of fun and loaded with potential, Train Fever isn’t in a state that warrants a score yet.  The updates are on the way, with user interface adjustments and other tweaks adding a necessary level of polish, and because of this I’m holding off an official “X of 5” opinion for now.  I’ve had a lot of fun with Train Fever despite its missing features, even while tracking down fan-written tutorials and experimenting with basic systems that should have been explained in-game to learn how they work.  Someday in the future I dream of rotating the camera as I track a trolley at street level, watching as it picks up and let off passengers while making its rounds.  That’s for the future, however, and for today all I can say is that Train Fever is rough but good in its current state, and with a bit more work may end up being excellent.