$110,000, 9 days left on the clock, and the final stretch goal looking like an easy win.  It’s amazing what one can do with a dedicated fan-base, earned by listening to and incorporating feedback from the community.  Admitted, the community in this case is for the text adventure/RPG Corruption of Champions, which is ridiculously over-the-top pornographic, but that doesn’t make the success of the crowdfunding drive for the thematically similar science-fiction adventure any less impressive.  Especially seeing as the game being funded is freeware.

Nothing has been linked yet.  If you’re under 18 or 21 or whatever is appropriate for your area, don’t click on anything that may follow because it will make you a bad person and cause serious frowning from your moral guardian.  The description is relatively clean-ish but the links aren’t.

Trials in Tainted Space is going to be an adventure game where you create your own character and wander off into the universe, fighting or having sex with anything you see.  Much like Corruption of Champions, pretty much any odd fetish the internet holds (no loli, though, which is awesome.  Loli is a cute way of saying pedophilia, and doesn’t make it any less revolting.) will be in abundant supply, although you’ll be reading rather than watching it unfold.  That’s not to say the game is a pure text adventure, because there’s a bit of RPG stat and skill management going on as well.  Combat involves weapons and armor, managing perk bonuses, and keeping your HP up in the RPG-standard way.  It’s just that the results will be told mostly in story format.  It’s an interesting combination of gaming genre mechanics, at the very least.

To get a sense of Trials in Tainted Space’s play, Corruption of Champions is freely available and regularly updated.  It’s also very, very wrong in a whole lot of ways, but easy to get caught up in due to the sheer overwhelming volume of content.  Like the forthcoming Trials, you create a male or female character and journey to a new land where sex and danger pop up in almost every scene.  You can play as good, evil, morally repulsive, or wander back and forth between the extremes, and there will be scenarios to accommodate your actions.  If Trials can match CoC’s sheer variety of options, it should be an amazing journey for the distinguished pervert in everyone. 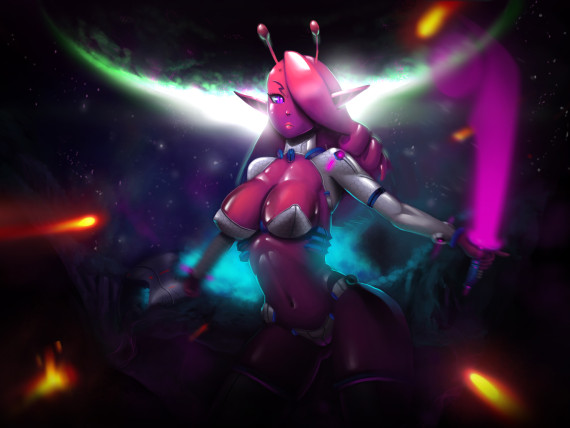