Charlotte is a heavily magic focused character that specializes in healing. She’s able to buff her party members or help weaken the enemies while summoning monsters to her aid if given the chance. She’s a friendly girl who just wants to be able to help her friends and family with everything she’s got. 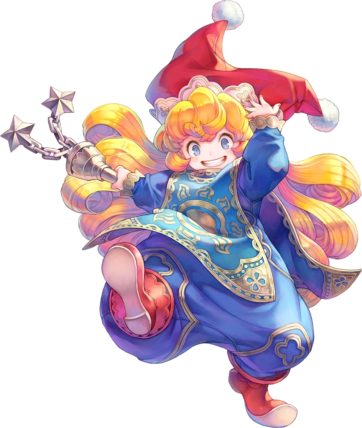 Although half the characters in Trials of Mana have access to decent healing abilities, Charlotte fills the role of the strongest healer in any party as she always gains healing regardless of her class. Choosing her class upgrade is just a matter of choosing what secondary focus a team is seeking. Going down the Light path will give Charlotte access to spells that put elemental benefits on ally weapons, allowing them to deal bonus damage when enemies are weak to it. They can also choose if they would rather Charlotte focus on boosting strength or being a fully-fledged healer. Going down the Dark path allows Charlotte to learn attacking magic which makes her a dual healer and magic attacker. The Dark path also allows Charlotte to become a summoner and bring undead ghouls to her side to help in battle. Taking Charlotte is a must-have with no other available healers, but it’s deciding between the buff focus of Light or attack focus of Dark that make the difference.

Charlotte works great on both balanced or attack heavy teams.