Over the last year, not only have we received the massive Plains of Eidolon expansion pack for Warframe, but we’ve also got numerous character updates. Octavia and Harrow are absolutely wonderful support Frames, with Gara being an alright addition, whereas someone like Hydroid not only got his Primed version, but was reworked to be a phenomenal character to have in a party. Zephyr has received a similar treatment as she recently picked up a rework to make her flow better in combat and traversal. The latest quarterly Prime update has come and with it we now have a Zephyr Prime to find in the drop tables. We’re taking a look at what the latest update brings and whether or not Zephyr Prime is worth your time.

Of the colossal roster, Zephyr has been one of the least popular and least sought after Warframes. Granted, there have been far less appealing Frames in the past, such as Hydroid and Limbo, but Digital Extremes continues to rebalance characters so they better fit into specialized areas of the content, and that’s exactly what has happened with Zephyr. Almost two months ago, Zephyr received a rework that combined two of her abilities and an additional one in its place. It was something that Warframe needed, especially considering her capabilities were less than appealing. With her rebalance, the developers have released a Primed version of Zephyr and with it comes a slightly altered appearance and enhanced stats. 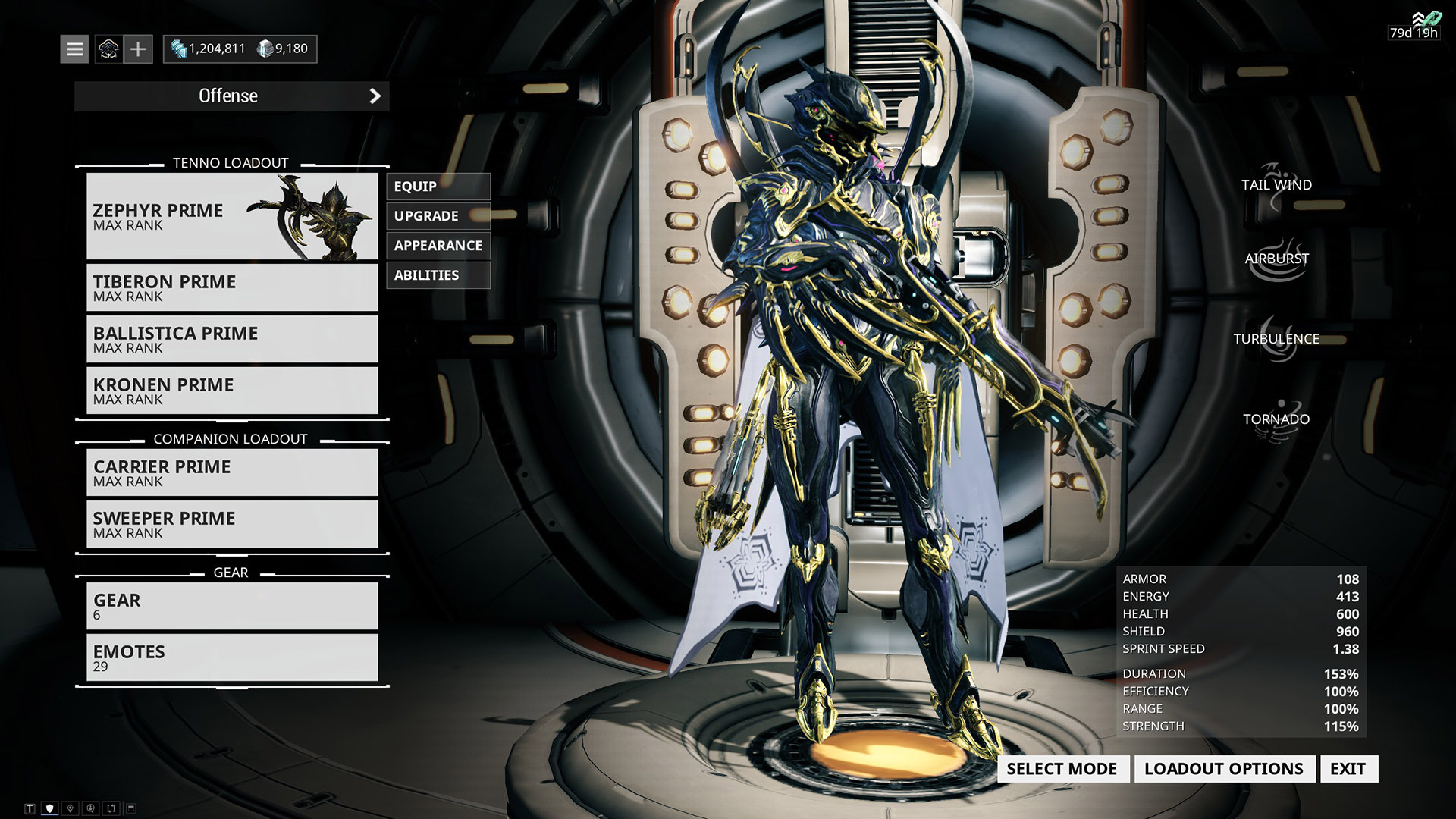 Outside of a sharp-edged revamped appearance, Zephyr’s armor has increased significantly from 15 to 75, which could be a tad higher considering it makes her a little more vulnerable, but then again her shields and health remain surprisingly favorable all things considering. Zephyr’s energy tank also has received a 50% bump, which only adds to her maneuverable abilities requiring little energy in the first place. Additionally, Zephyr follows suit with Ash in that she has received a boost in run speed. Even though she’s still not as fast as Loki, she’s a close runner-up alongside Mirage, Nova and Ashe Prime. If anything, Zephyr is the ideal for getting through areas as quick as possible, which could be complimented with Volt’s Speed ability.

In terms of abilities, Zephyr is surprisingly well-rounded, not only being nimble on her feet, but also has survivability and crowd-control techniques that do well in most situations. Bringing her into the Plains of Eidolon is where she shines the best, as she’s able to maneuver across the vast open area with ease, not using up too much energy in the process. Her first ability, Tail Wind, which has absorbed the Dive Bomb attack, is to thank for this, as not only will it allow players to hurl Zephyr tens of meters into the air, moving away from the action and exploring spots of a map you once thought inaccessible, but they’ll be able to have her come crashing down for impact damage. This combined with her floaty nature while airborne ensures you’ll be going from corner to corner in the Plains of Eidolon in no time. With that said, for standard linear missions, this technique is less useful, at least outside of dashing forward at a rapid pace. 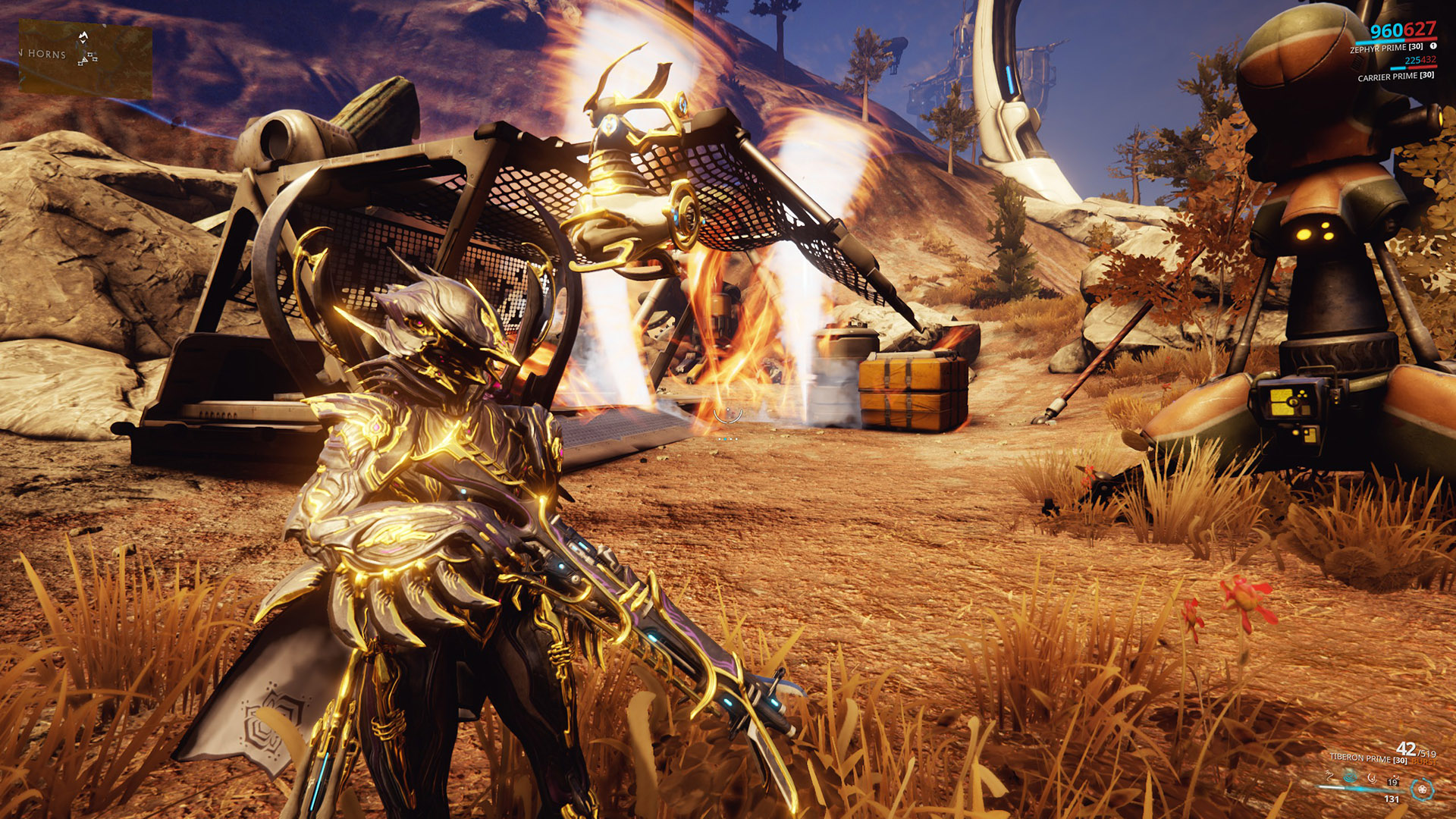 Airburst is Zephyr’s newest ability and is a solid attack. It throws three projectiles forward and damages enemies in a radius upwards of 8 metres, which can be very useful for mobs. It’s not flashy by any means, but it gets the job done. The third ability Turbulence is a good way to ensure Zephyr will survive most encounters. It puts up a wind shield around the character, redirecting any potential damage. It can be a bit pricey on energy, but in a bind, it will save your butt when things get hectic. Finally, Tornado is one of the better aspects of Zephyr, giving her some fantastic crowd control, especially if you combine it with Airburst, which increases their height dramatically. These things can be devastating when you combine them with the interchangeable elemental damage, especially on enemies with high armor. This is maybe a bit too flashy at times as I’ve had my screen engulfed by numerous tornados, but so long as they’re doing what they’re meant to, it’s a good substitute for other CC attacks.

Overall, Zephyr is a balanced Warframe and much better thanks to the adjustments made a couple of months ago. Her Prime release only helps ensure that she isn’t a burden on anyone’s party, and if anything a welcome inclusion. Her first ability isn’t the best for your traditional missions, but she comes with everything you’d hope to see, making her adaptable in most game modes. Really, the only thing Zephyr is missing is party buffs, but she’s more of an attack character anyways. She still may not by my favorite Frame to run with, but her mobility is a blessing in areas such as of Plains of Eidolon.

Along with Zephyr, players can also get the Primed versions of both Tiberon and Kronen. Of the two, despite being more of a shotgun player, Tiberon Prime has become one of my personal favorite main weapons. It might seem like a slightly supped up version of the Tiberon, but it’s so much more than that thanks to the three different firing modes. You can switch between Burst, Semi and Auto fire rates, allowing you to go into any situation and have no problem getting out of it. So if you’re looking to pick someone off with a high crit-rate and multiplier, then semi will do the trick (especially great for less agro characters such as Loki). If you get swarmed by enemies and just need to spread your clip fast, then auto is readily at your disposal, and it certainly helps it also has a higher status chance. Finally, burst is what we’ve come to know from this weapon in the past, and it’s just as powerful and capable of taking down individual targets. There’s really a mode for every situation, and a formidable weapon to bring into combat. 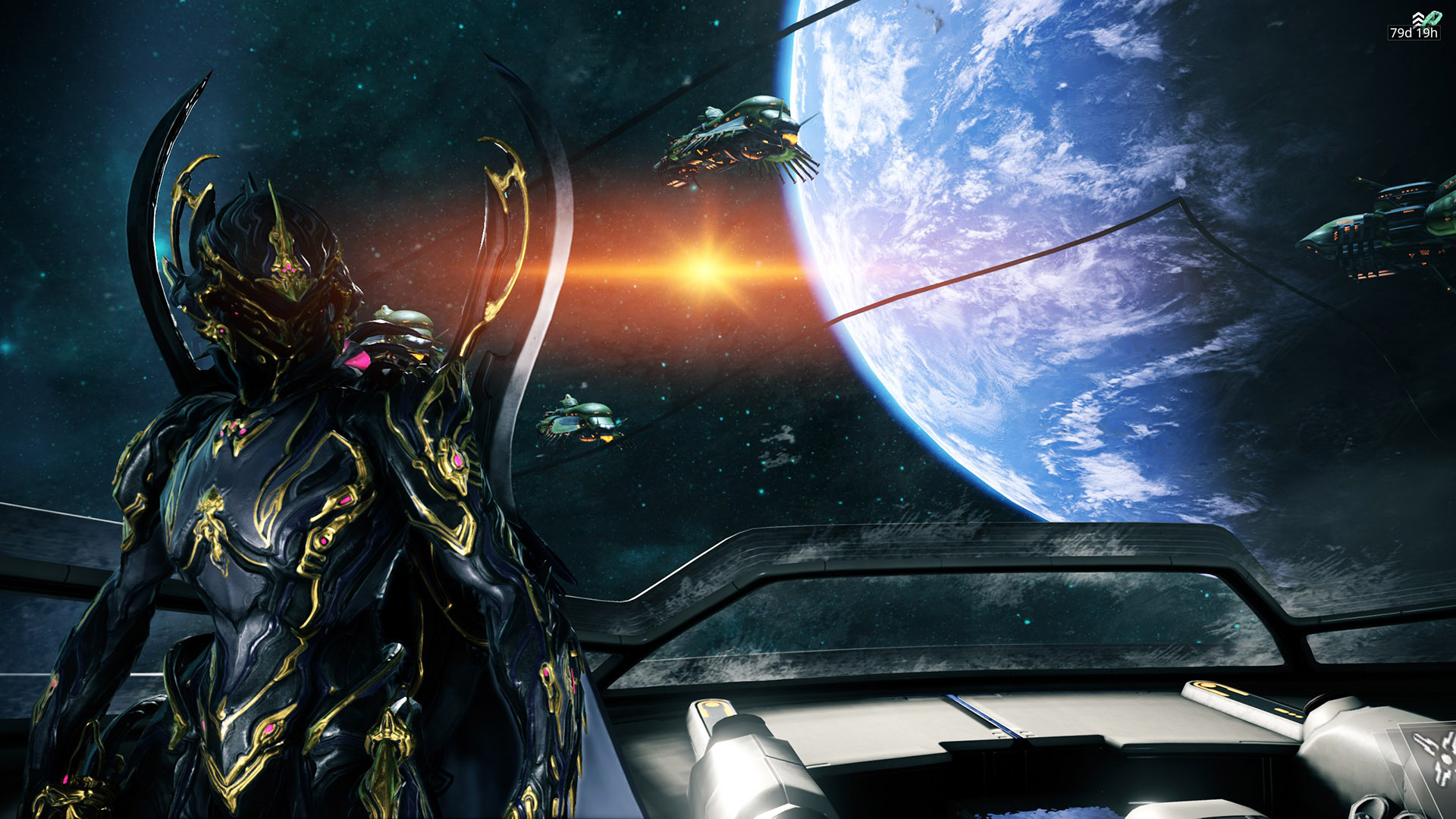 Unfortunately, the same praise can’t be said about the Kronen Prime. The standard Kronen wasn’t anywhere near being a top tier weapon to begin with, but the Primed version doesn’t do a whole lot to justify the need to immediately go out and create a build with it. A lot of the problem comes down to feeling underpowered, especially considering weapons such as Telos Boltace has better stats. Sure, Kronen is slightly faster, but everything about it is weaker and less capable compared to Boltace, which is a massive disappointment. That’s not to say it’s bad by any means, as I personally enjoy Tonfa style weapons more than most, and its speed and status chance are still solid, but it’s hard to recommend a weapon such as this when it’s not only outclassed by numerous other weapons, but it isn’t even the best melee weapon in its own class.

In the end, the latest Prime update for Warframe is a worthy one. Outside of status damaging tornados, Zephyr is perhaps spread out a bit too thin, not necessarily doing anything better than anyone else. With that said, she is well rounded and a fast character to play as, so you’ll have a good variety of abilities at your disposal. She can glide, blast enemies, protect herself and take care of mobs with ease. What more do you want? Outside of the character herself, the Kronen Prime is unfortunately a less than ideal melee weapon thanks to it being outclassed in almost every situation, but on the positive side, Tiberon Prime is a phenomenal main weapon to bring into almost any scenario. Digital Extremes has done a fantastic job reworking Zephyr and giving her own Prime version; you probably won’t find her in the meta anytime soon, but she’s still a strong addition to the immense catalogue regardless.