1. Tomb of the Nomads: Go to the right and follow the path until Bayek enters a room filled with water. The Animus Pulse helps a lot in finding the underwater treasure, which is randomly based on level but I found a decent shield and light bow under water. While swimming underwater Bayek will eventually encounter a damaged wall, attack it and the Ancient Tablet is through the opening. Swim out and not too far from the Tablet Bayek can emerge into a pool that is right by the tomb’s backdoor. 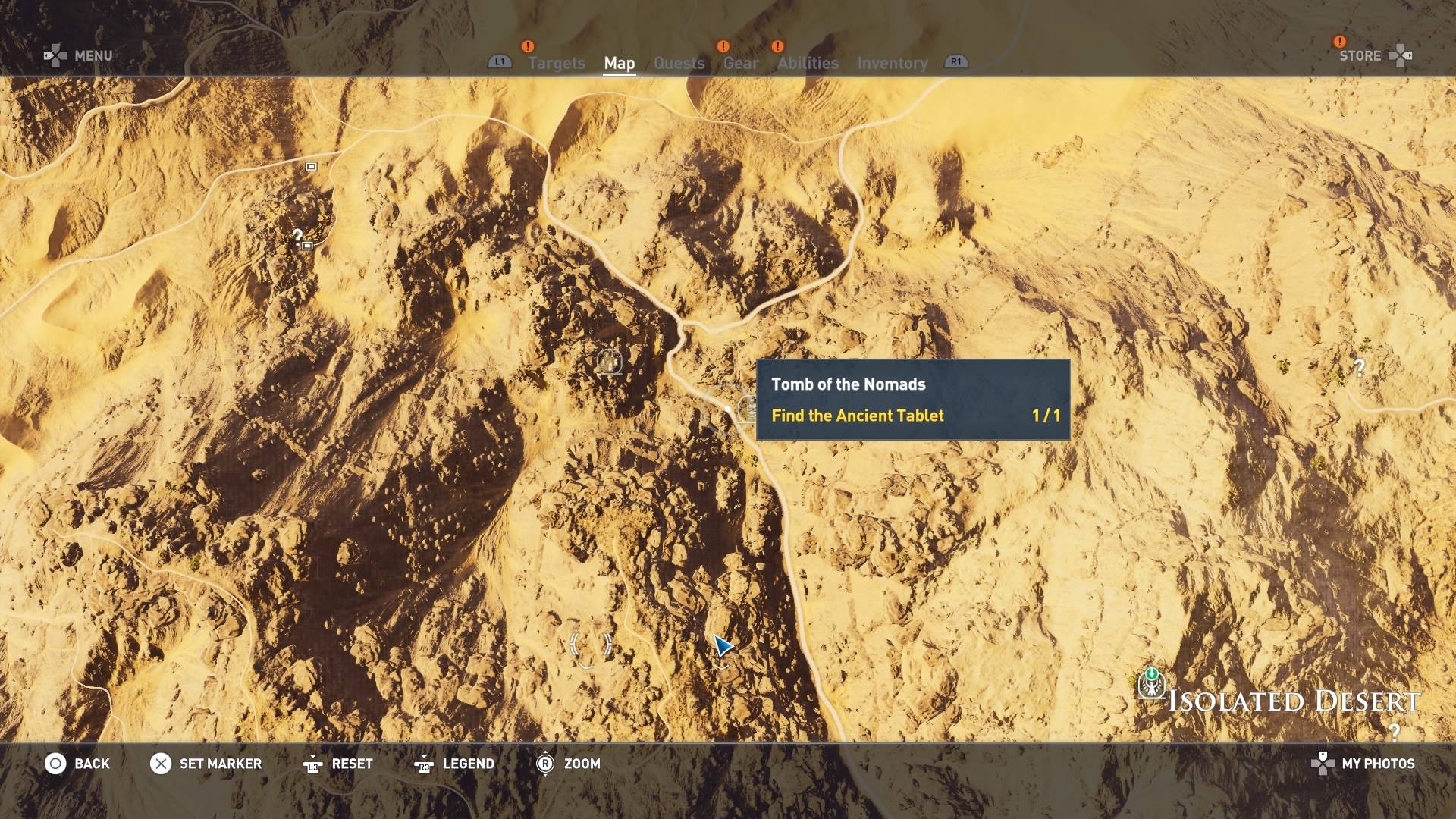 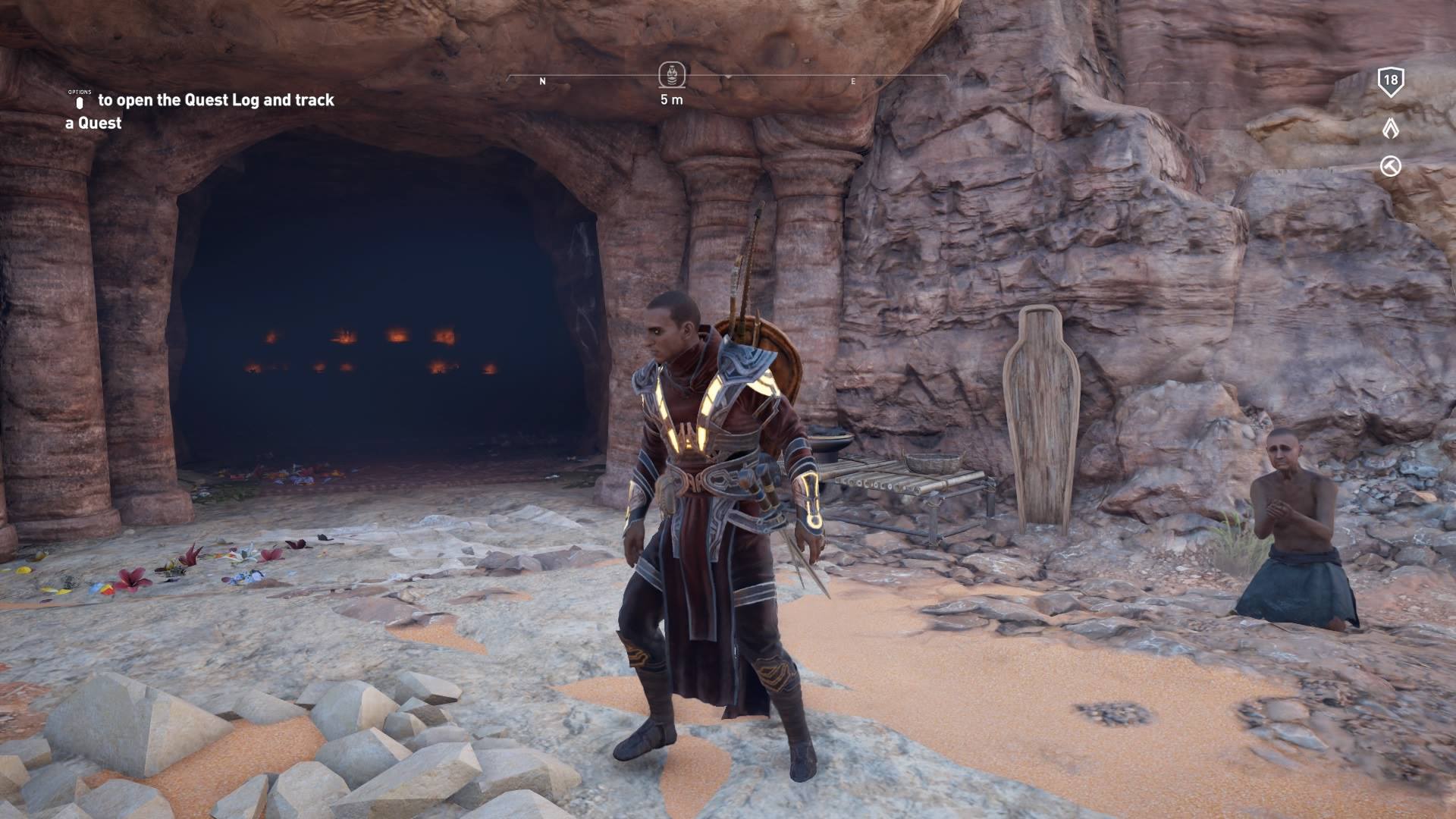 2. Golden Tomb: Bayek needs to do some breaking and entering to get in this tomb, just attack the cracked wall and a door will be made. The sunbeams reflecting off the mirrors will guide Bayek where to go until they lead to a dead end. There is another mirror that isn’t being hit by any light, move it to the left a bit and it will redirect some sunlight to send him down a new path. Bayek will get to a mirror covered in cobwebs, use the torch to clear that up so it can be reflective and not too far after that he’ll have to pull another mirror to hit the sunbeam. Turn around and run into a small room and smash the pottery that in front of mirror that will allow the sunbeams to travel to start a small fire. After the fire burns out jump down the hole and follow the path to the Ancient Tablet. 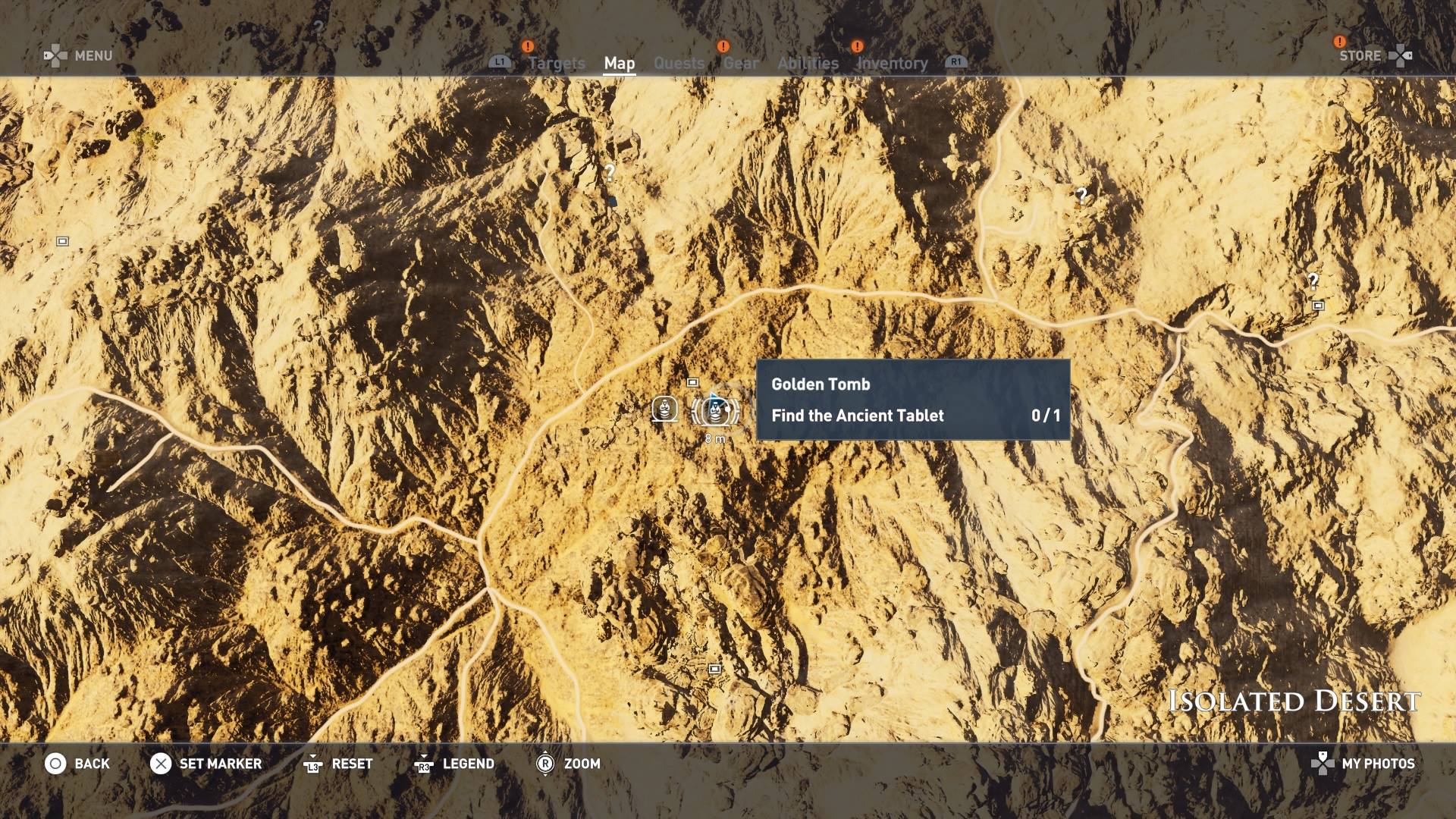 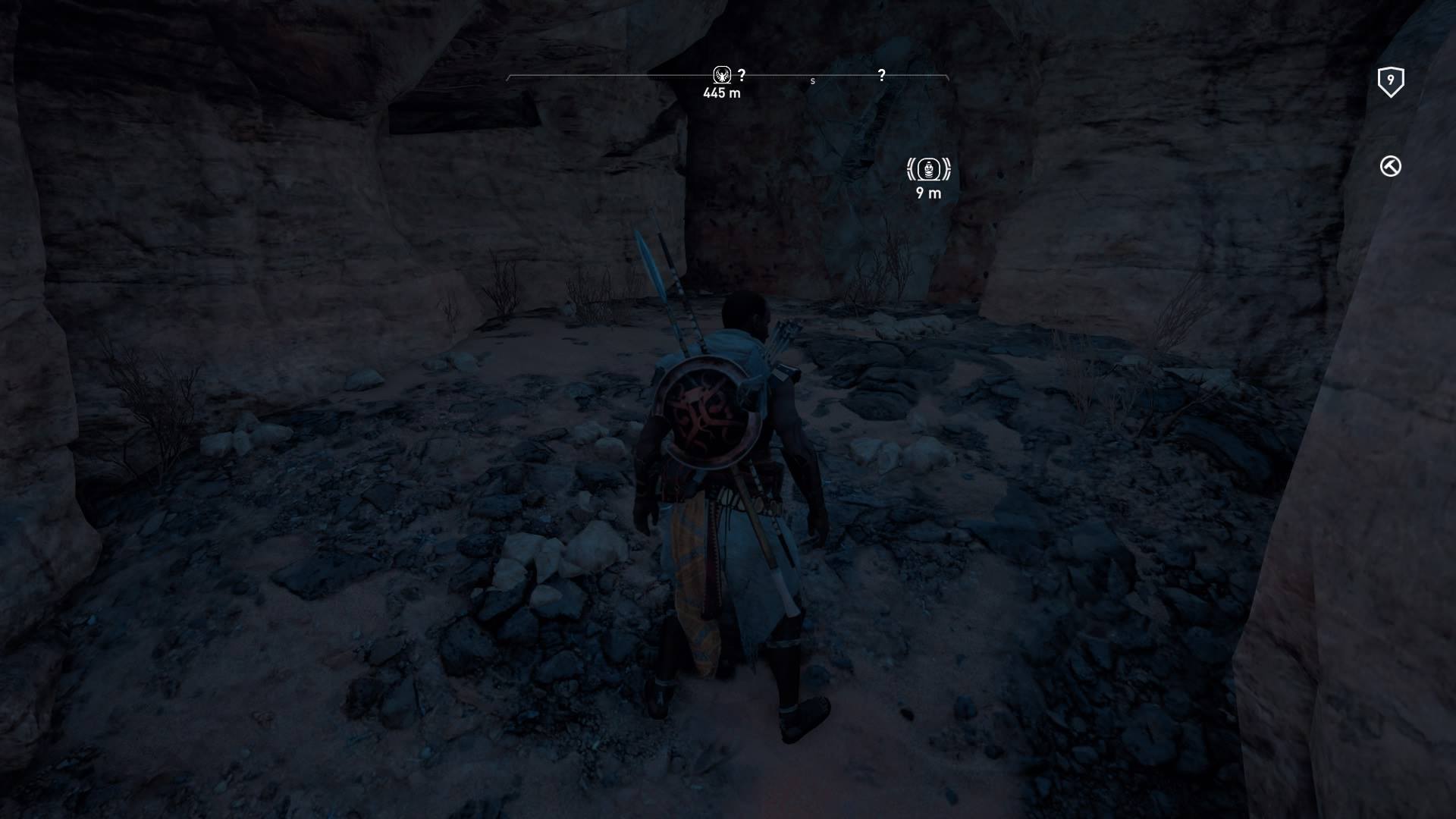 3. Oun-mAa Riye Ressoot: After the Ancient Tablet is read in the Golden Tomb have Bayek run to the left and travel down the path. Bayek will eventually reach a room that has a narrow passageway blocked by a movable object, don’t be distracted by that and keep following the path in the direction Bayek was traveling. Jump down when he reaches the drop point and go into the room filled with black pillars. Go down the the incline in the middle of the room and there is the Ancient Mechanism, offer up the five silica and teleport on out of there. 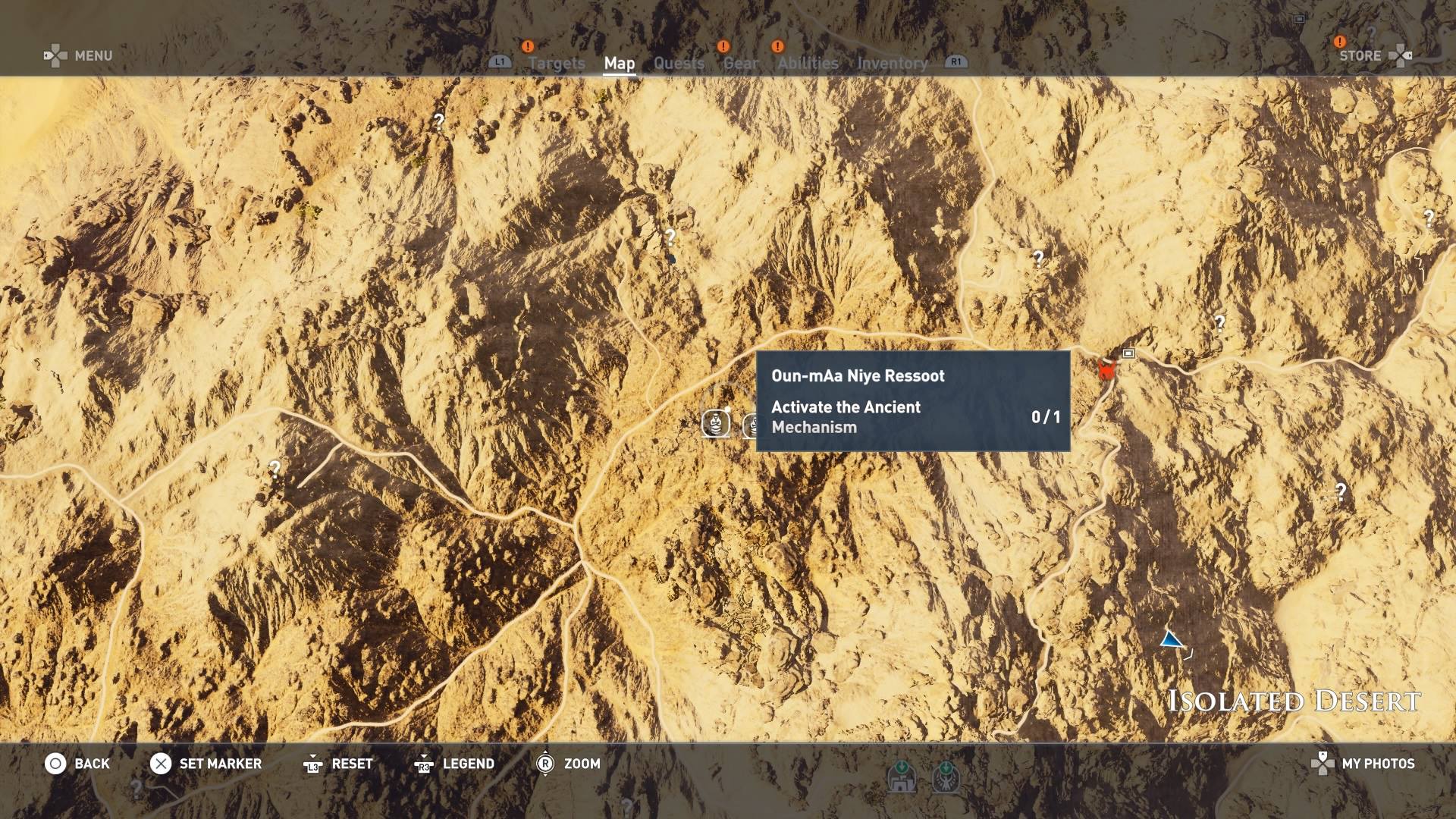