For this edition of Casual Corner we’re bringing you Go Plane, a mobile game where the objective is to run missiles into each other increasing your high score. In order to do so there are a few mechanics that will aid you in that goal and that’s the most important part of the game.

At the start of the game, you fly a plane that is simply flying forward. In order to control it, all you need to do is use whatever finger you prefer and the plane follows. After a few seconds, you’ll see missiles join in on the screen time inching there way towards your plane. At this early level they aren’t too much of a problem and simply spinning around should cause a few to hit each other. That will net a few points but you have to wait a bit. for the real points and multipliers. 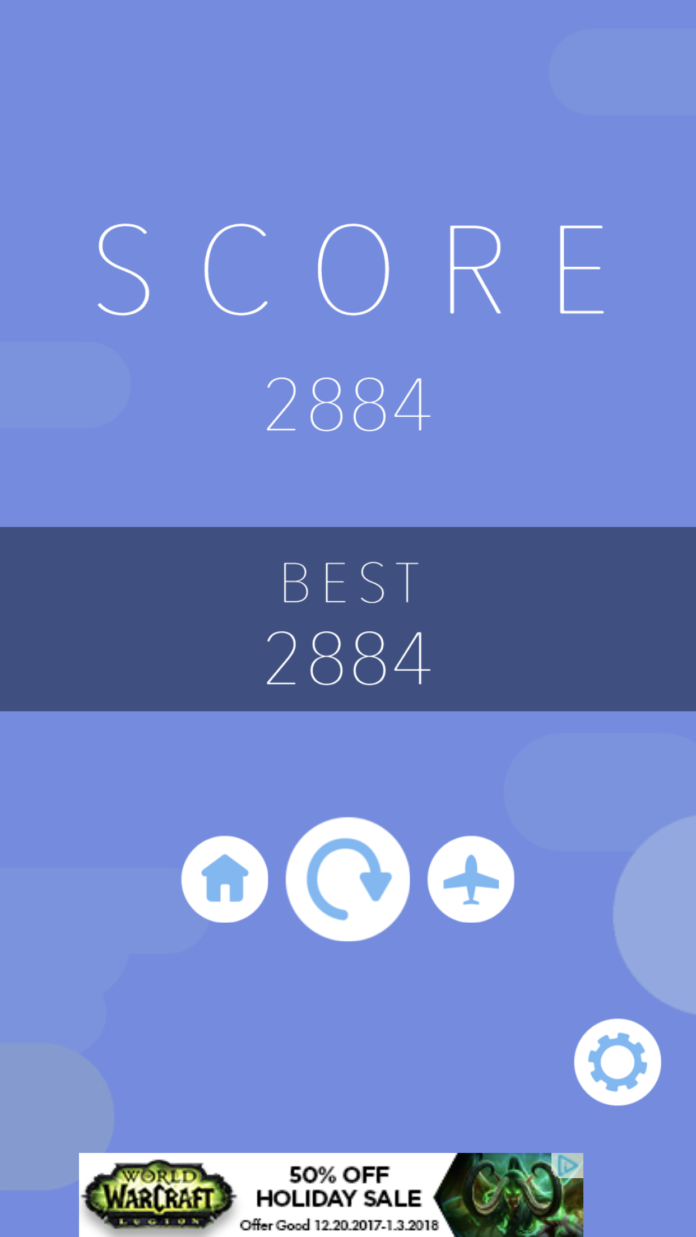 So you have a few missiles on your screen and they’re on their way to destroy you. Getting hit by one missile is enough for a game over, but as it’s getting closer you’ll notice that a meter around the ship begins to build. That is the sweet spot and where you want a missile to stay. After about a second, the meter fills and you enter a fever mode where the points are bigger and the multiplier is ever ongoing. Fever mode allows you to spin in a circle and destroy every missile that comes around. You can’t be killed during this time and this is how you rack up the highest score you can. 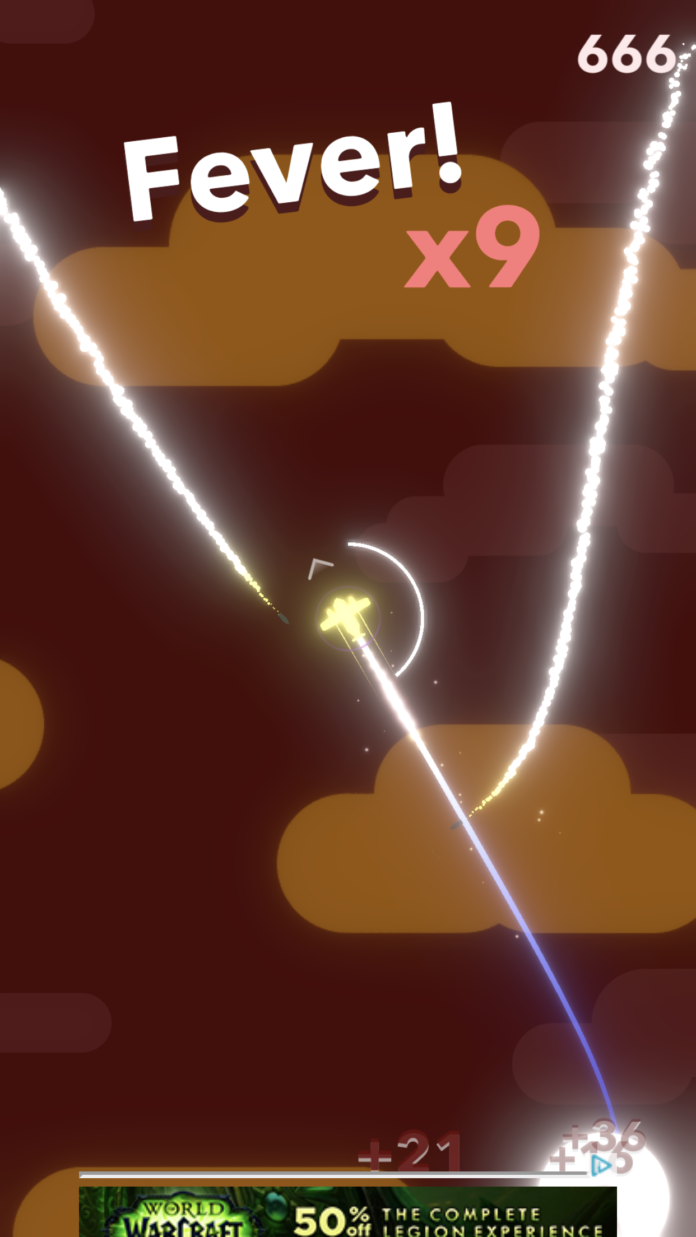 Once the fever mode ends you’re returned to the normal mode and can start it again at any time, but the missiles get faster and holding them in the sweet spot becomes a lot more difficult. A tip to help anyone that wants it is you can still obviously destroy the missiles without being in fever. So destroy the faster missiles allowing the slower ones to only be present and rinse repeat the sweet spot from before. Chaining multiple sessions like this together creates a long play time and a score you can be happy with.

Go Plane isn’t too mechanically intensive, but it’s enough to make it challenging. The biggest part is understanding where each missile is and making quick turns to keep the quicker ones off of your tail. If you can manage that then it’s not so bad. If that gives you a hard time then you’ll have some work to do. 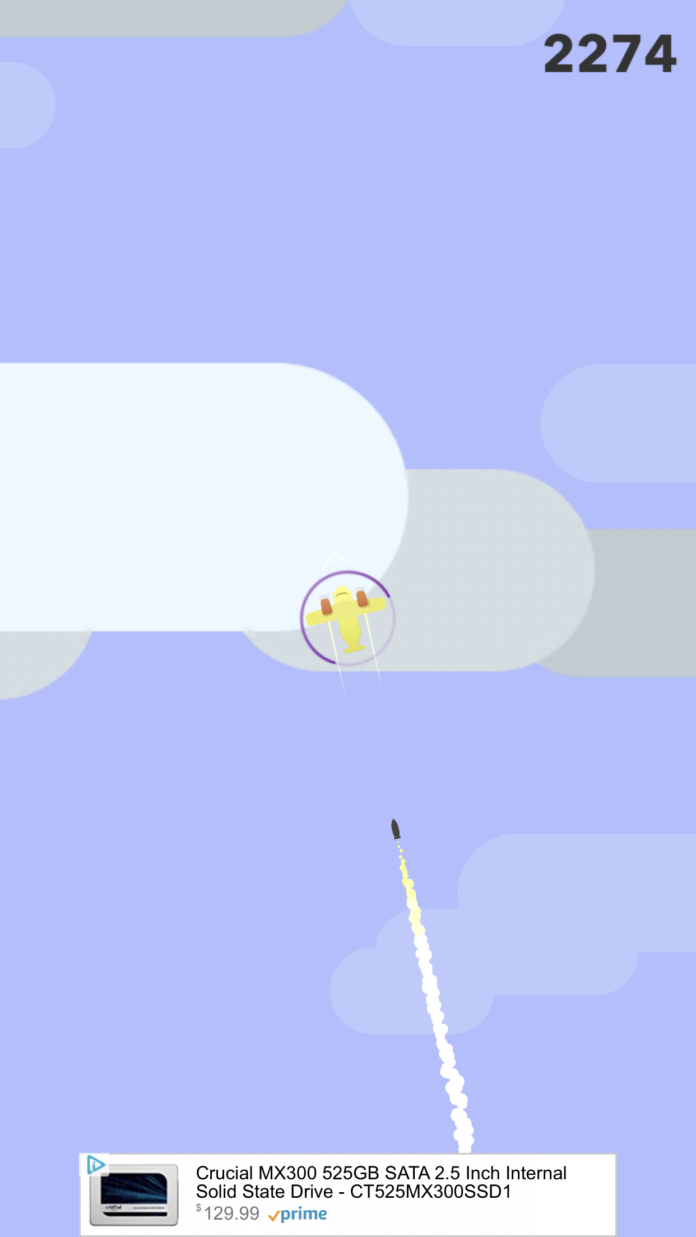 Well, that’s all good and fine but what else is there? Aesthetics. Earning high scores and other challenge type things allow you to open unlock more ships that you can play with. Unfortunately, there aren’t any statistics applied to the ships that make them different in any way, but something looking different is always nice. For the most part, you can earn ships simply by playing each day. After about seven days you should have all of them unlocked for that category. The others are unlocked are through colliding missiles and scoring big. 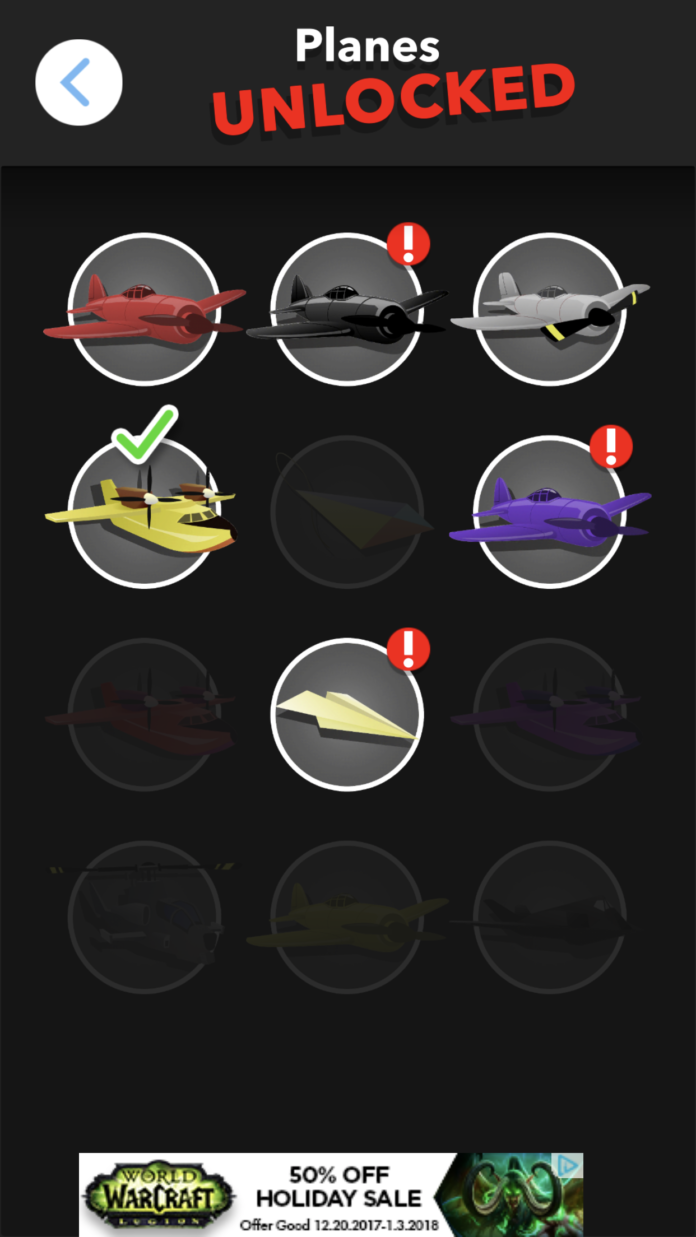 Sadly that is where Go Plane is lacking and it’s in content. More ships would be nice, and those ships augmenting the play of the game would be better. That doesn’t hurt it though. You can still get some good enjoyment out of it even without those things as it truly lives up to casual part of Casual Corner.

If Go Plane sounds interesting to you, you can download it here on iOS and here on Android.