This month in Casual Corner we’re bringing you the fast-paced Tiltagon Turbo by Kiemura Oy. The name Tiltagon might sound familiar to you if you’ve heard of Turbo’s predecessor. Kiemura released Tiltagon back in 2014 with the help of Noodlecake Games as the publisher. Since then they’ve reacquired the IP, took down Tiltagon and have released a revamped version of their twitchy phone-tilter. 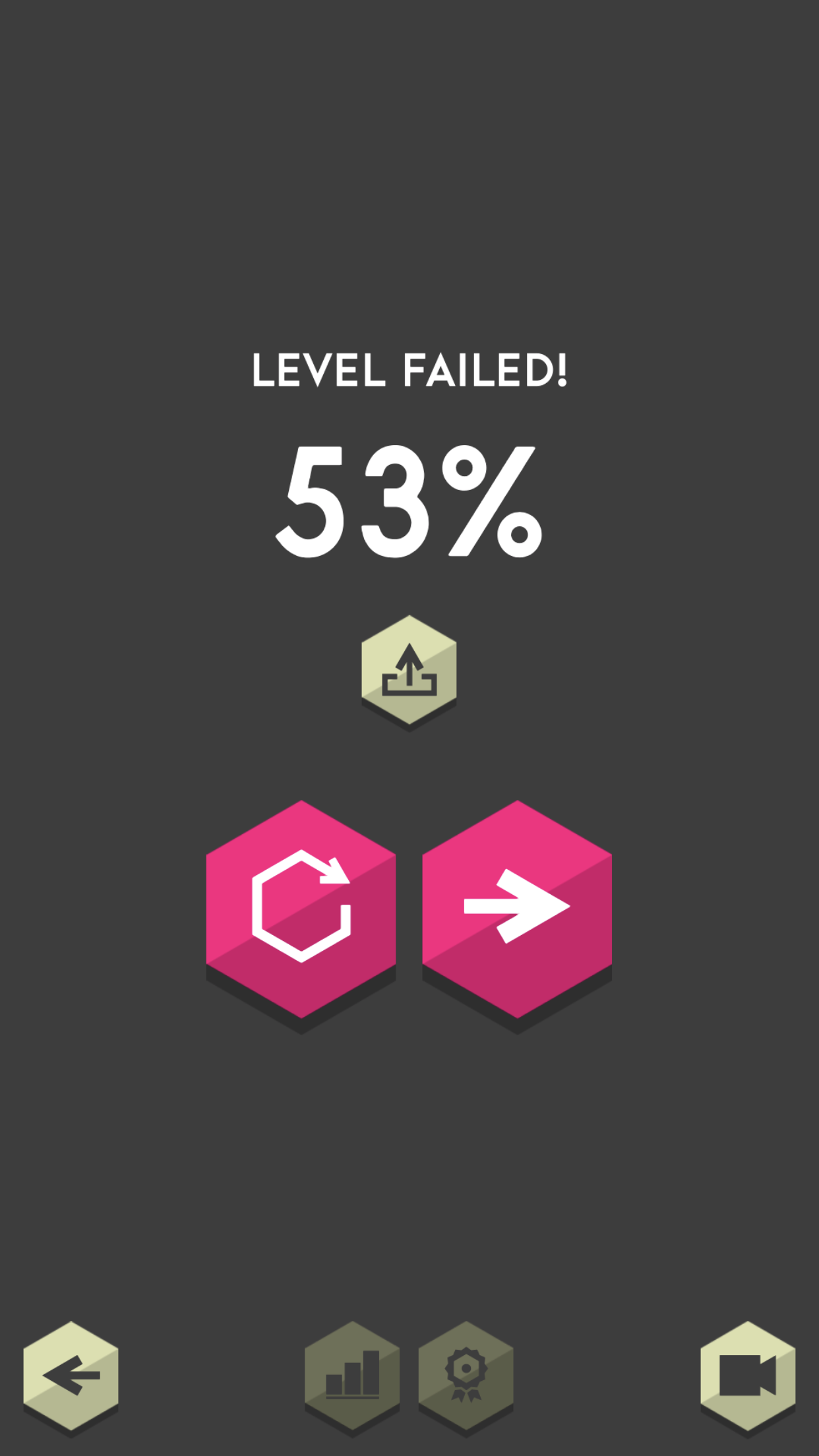 So what is Tiltagon Turbo? Tiltagon Turbo is essentially a mix of Super Hexagon and Super Monkey Ball for your phone. The objective is to guide the ball you’ve been given to the end of the stage as quickly as possible. To do this you’ll need to go around obstacles and travel incredibly quickly around tight turns while narrowly avoiding falling off of the edge. Truth be told it’s a simple game, but dependent on how fast you try to go, you could find yourself having a rough go of things.

Mechanically, Tiltagon Turbo works by tilting your phone in the target direction. At the beginning of each run the phone calibrates how you’re holding it and from there the sensitivity to each direction and how far you’re tilting it is set. So if you start the level with a slight tilt that’s the flat position for the level, you’ll have to tilt it further to actually move. If titling isn’t your style, there’s another mode that works more like a joystick. For this mode, all you do is place a finger on the phone surface and move it in a direction. Based on how far you move it, the ball will either sluggishly move forward or jolt completely off of the screen. Between the two ,I tinkered with this one for a short time before returning to the main tilting component. 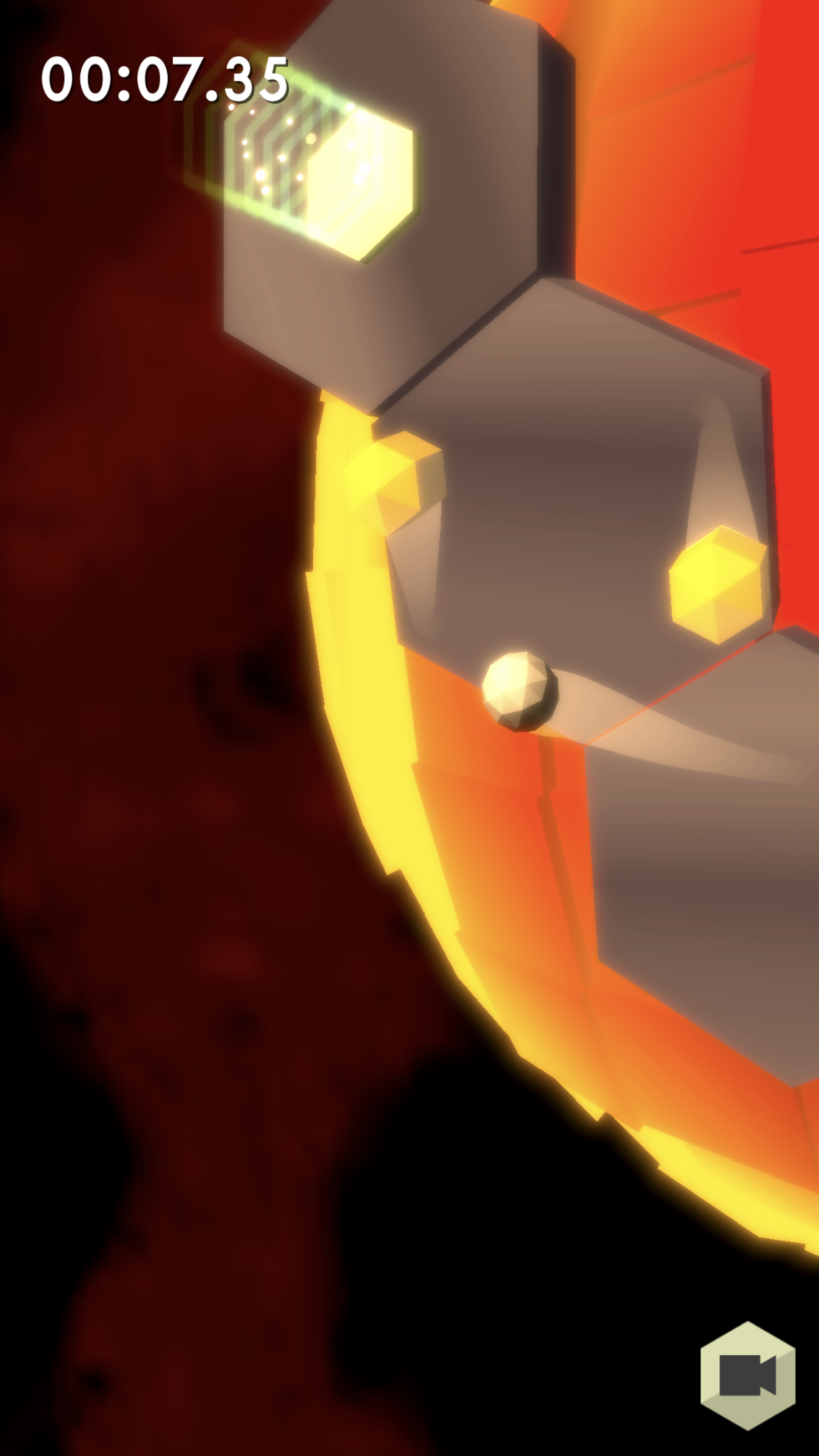 Tiltagon Turbo has two game modes. A more linear mode with stages or an arcade mode. In the linear mode, you move through pre-designed stages with an endpoint. The goal is to make it to that point as quickly as possible and dependant on how quickly you do that you receive up to three stars. You also unlock one of the 50 different style balls that the game features. The levels get far more difficult as you progress, mixing speed with precision, and it’s sure to give you a challenge in both departments.

When you start the arcade mode you get the option of the usual three different options to choose from. The main objective here is to 1) not fall off of the stage and 2) collect the artifacts that are on the adjacent platform. You do this for as long as you can with the artifacts collected being your high score. 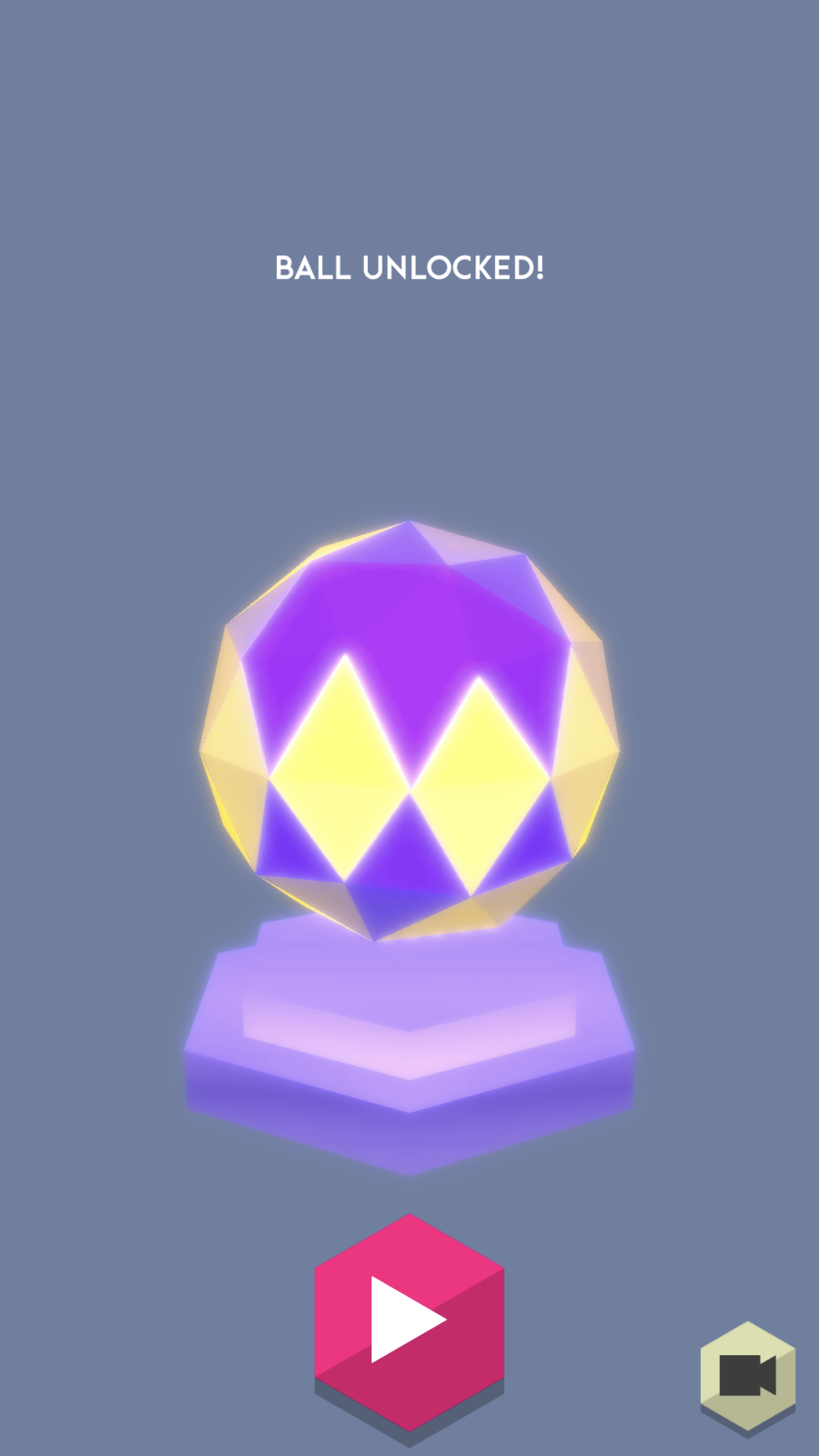 All in all Tiltagon Turbo is a fun game if you’re into games similar to Super Monkey Ball. It’s good to keep your attention for a bit and present a nice challenge if that’s what you’re looking for. If interested, you can get Tiltagon Turbo here on iOS.