Fatal Twelve from aiueoKompany is a gorgeous visual novel which first arrived on Kickstarter in 2017. Thanks to a successful campaign, the game was funded and backers received a number of perks for their contributions. One item available from the $100 tier and above was a limited physical edition exclusive to the Kickstarter campaign. After the campaign, it appears a few units were left over as Sekai Project sold some of their stock via their online store in late 2020. 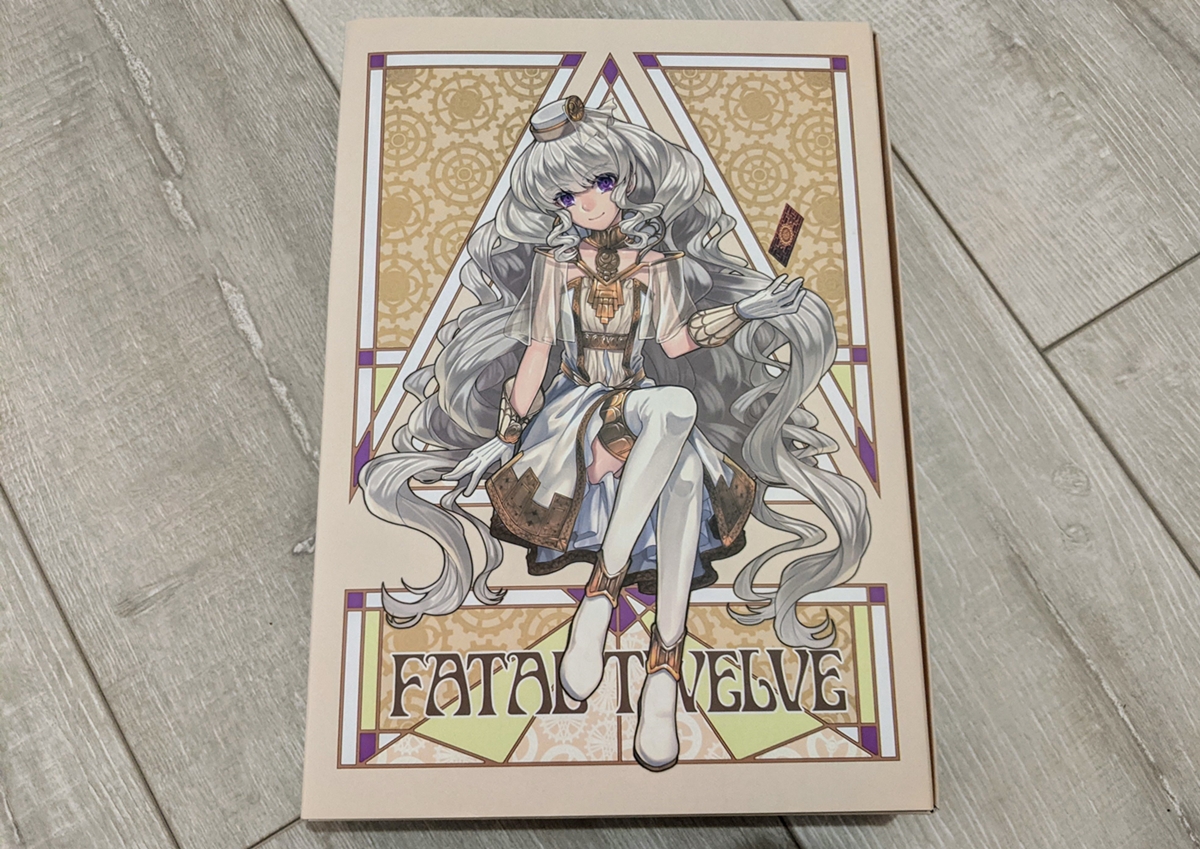 The Fatal Twelve Limited Edition comes with a physical copy of the game alongside other goodies. Also included in the large PC-style game box is an artbook, a soundtrack and drama CD. Of course, having pledged at this tier in the Kickstarter campaign would have also included digital copies of the physical products as well. Simply buying a copy of the box now yields only what comes inside it. There are no inserts with digital redemption keys or anything like that.

First it cannot be overstated how gorgeous the art in Fatal Twelve is. You can see it straight away with the beautiful outer box housing all the contents. It’s such a simple, yet classy design which is tremendously appealing. Unlike traditional PC game boxes, this box opens like a book, by pulling the cover open from the right side. The contents are all housed snugly inside thanks to the box’s smart design. Each item has its own space where it fits and sits safely within. 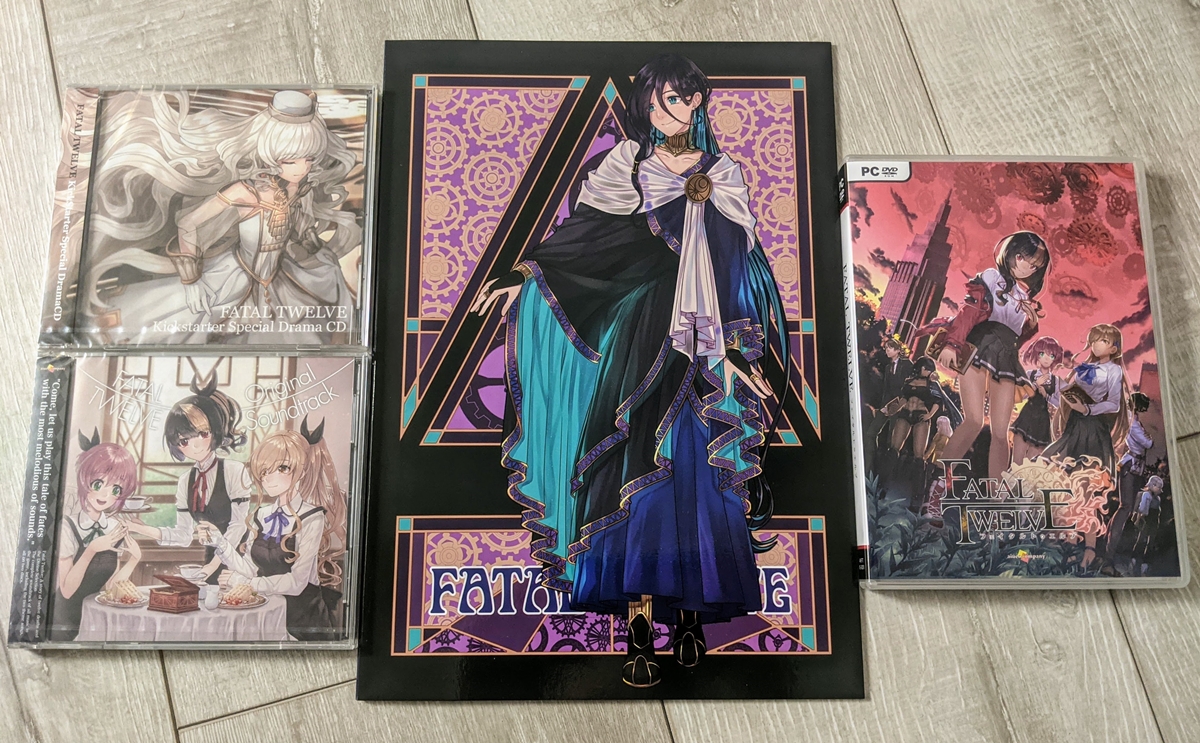 The Fatal Twelve game copy comes inside a clear DVD case with a professional-looking sleeve. The DVD disc inside includes the game on a DVD disc as a DRM-free file. This is great in some regards, but it’s worth questioning how it would be possible to get patches for this edition. There’s no Steam key included within (as that would have been emailed to backers). Unfortunately, there’s not anything extra inside the box such as a small manual to really up the production value.

Next there are two jewel cases. Both are high quality jewel cases just like you’d see on a store shelf. They’re both shrink wrapped and include a spine card as is common with Japanese CD releases. The first disc is the Fatal Twelve Kickstarter Special Drama CD. The drama CD contains three tracks. If you don’t understand Japanese, however, you won’t get much out of the disc. Drama CDs often extend a storyline via spoken dialogue, and in this case, all the dialogue is in Japanese. There aren’t any notes included to provide a translation of the content. 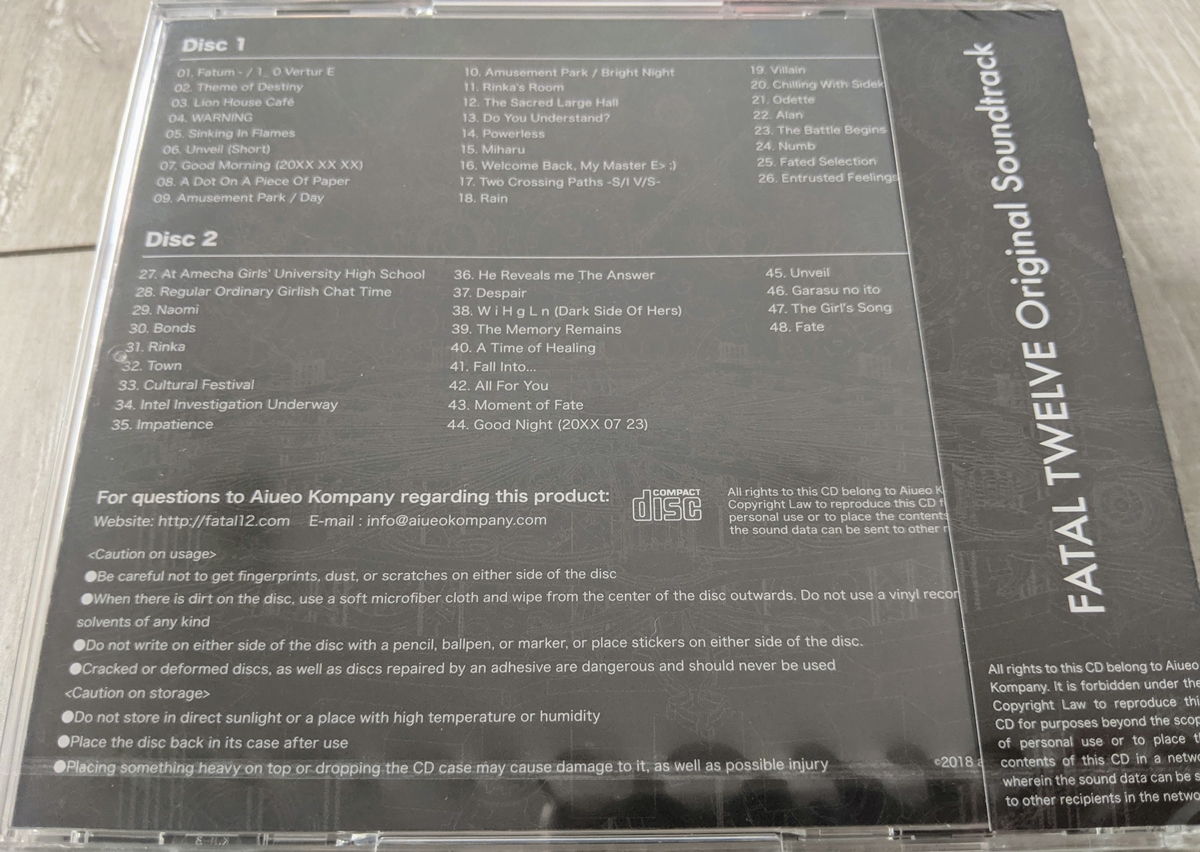 Next up is the Fatal Twelve Original Soundtrack. This is a two disc set that includes a tremendous amount of tracks from the game. Between both soundtrack discs, you’re getting 74 tracks. There’s only one downside for the soundtrack and drama CD. If inserted into a computer, they don’t pick up automatically to begin playing. The tracks were pressed as Winamp files, requiring a Winamp installation. They do play normally on CD players, though.

Finally there’s the artbook! Although it’s just under twenty pages long, it features wonderfully glossy, thick full color art on each page. Expect to see high quality versions of the key art, CGs from in game and additional Kickstarter art. The art book is of high quality and it’s just a shame that it couldn’t be just a few pages longer. It would have been nicer with a hardback cover as well, but it’s lovely for a Kickstarter bonus. 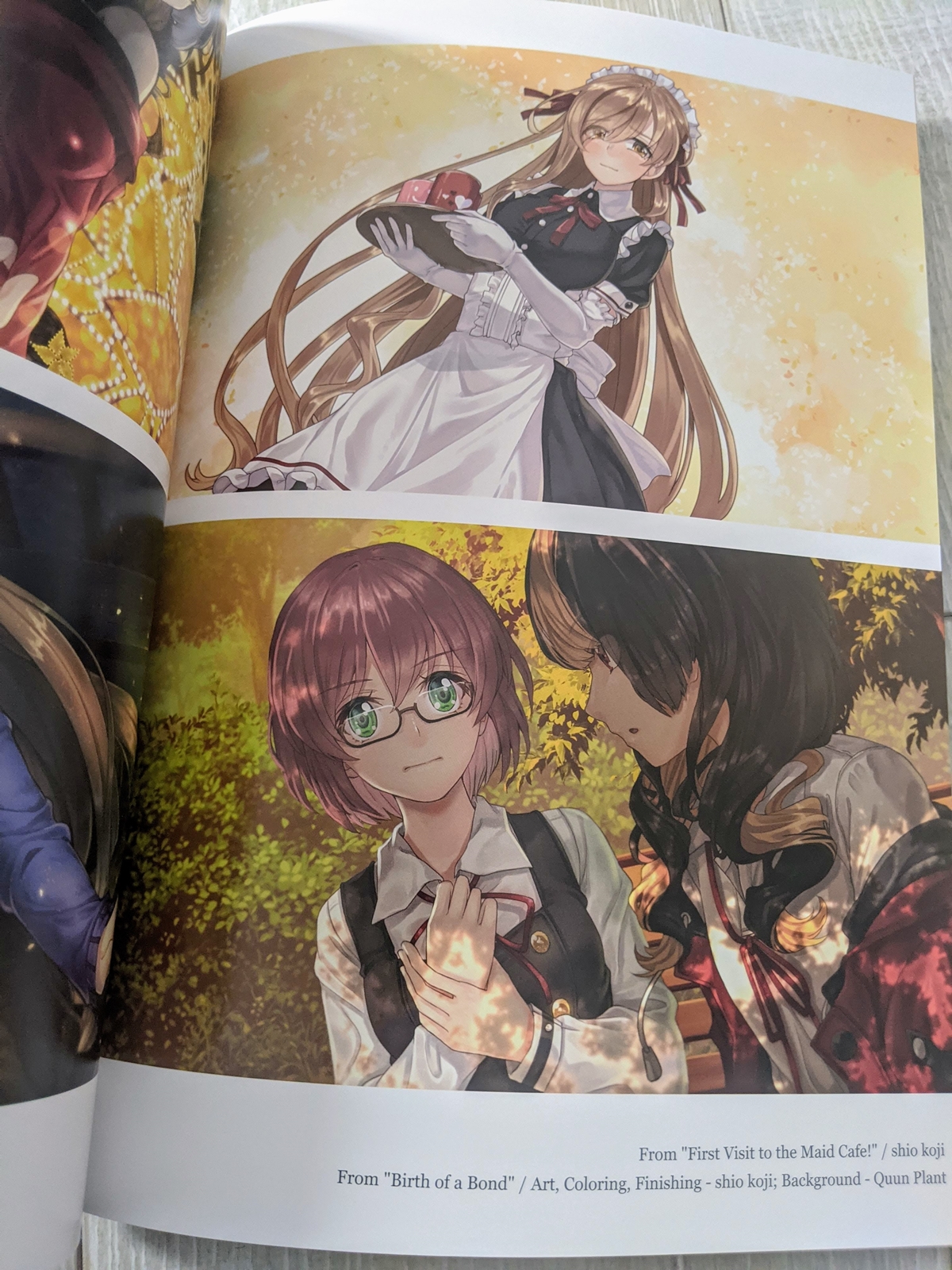 Overall the Fatal Twelve Limited Edition provides an expected mix of goodies, but each one is relatively high quality. Fans who paid for the $100 tier or above and received this edition hopefully weren’t let down. This is much better than some Kickstarter editions that end up selling for more money. As this was a Kickstarter edition of the game, chances are it will only be available on secondhand marketplaces. Fatal Twelve is also available on Steam and PS4 if you simply want to take this visual novel for a spin.