The world of video game vinyl is always expanding. Most releases, however, have focused on two distinct categories — modern soundtrack releases and 8-bit/16-bit era games. There’s nothing wrong with this, of course, but it leaves a massive amount of game soundtracks untouched. The PlayStation 1 in particular does not have nearly as much vinyl representation as it deserves. Fortunately it appears companies are starting to rectify that with key releases. In one of the most exciting reveals of 2019, Ship to Shore Phone Co. announced that the Japanese PS1 exclusive (not to mention cult hit) LSD: Dream Emulator would be getting a three LP album. 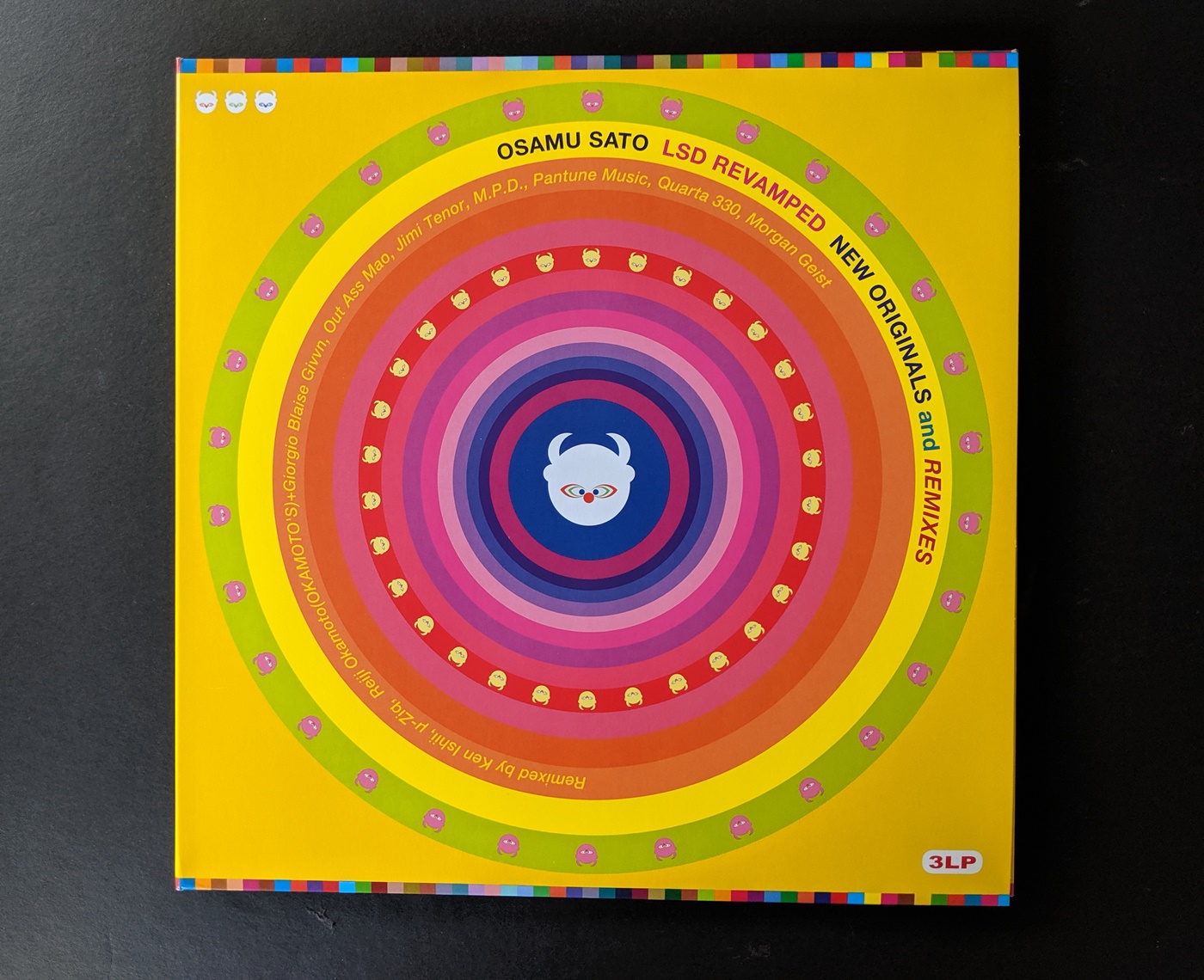 It was both a totally unexpected and awesome move from the company. Thus far it feels that most albums released through iam8bit, Mondo and others focus on titles that had an official English release. Ship to Shore Phone Co. is more willing to venture into Japanese exclusives. LSD: Dream Emulator has lived on through the years thanks in large part to online videos covering the odd, procedurally generated game. The soundtrack follows through and maintains the odd tone set by the visuals. Unlike most video game vinyl, LSD Revamped is not the exact soundtrack for the PS1 game.

Instead it is a series of remixes as well as new tracks in the vein of LSD: Dream Emulator’s enigmatic tunes. Some come from Osamu Sato himself while many remixes are brought to the album from other artists. There are twenty tracks in total featuring the remix work of Ken Ishii, u-Ziq, Reiji Okamoto, Out Ass Mao, Jimi Tenor, M.P.D., Pantune Music, Quarta 330 and Morgan Geist alongside Sato.

Its gatefold design leaves ample room for artwork — and this wouldn’t be LSD: Dream Emulator without some truly unique visuals. They’re highly befitting of the source material. Sato’s games are known for visuals having bright, geometric creatures, concentric circles and repeated elements throughout. The cover and back of the album mesh with this style. The bright yellow background helps everything pop. Of course, the discs aren’t left out either. They come in a lovely red transparent hue.

The art inside is unique as well, with an absolute abundance of colors and shapes. The kaleidoscopic style nicely fits the theme of LSD. All in all, Osamu Sato’s artwork stands out regardless of the decade it’s produced in. There’s minimal credit text and no included booklet. This ensures the artwork is at the forefront. With that said, it would have been cool to possibly see interviews or other content from the team. Heck, maybe they could have gone and picked up old LSD: Dream Emulator design books and translated snippets from Japanese to English. 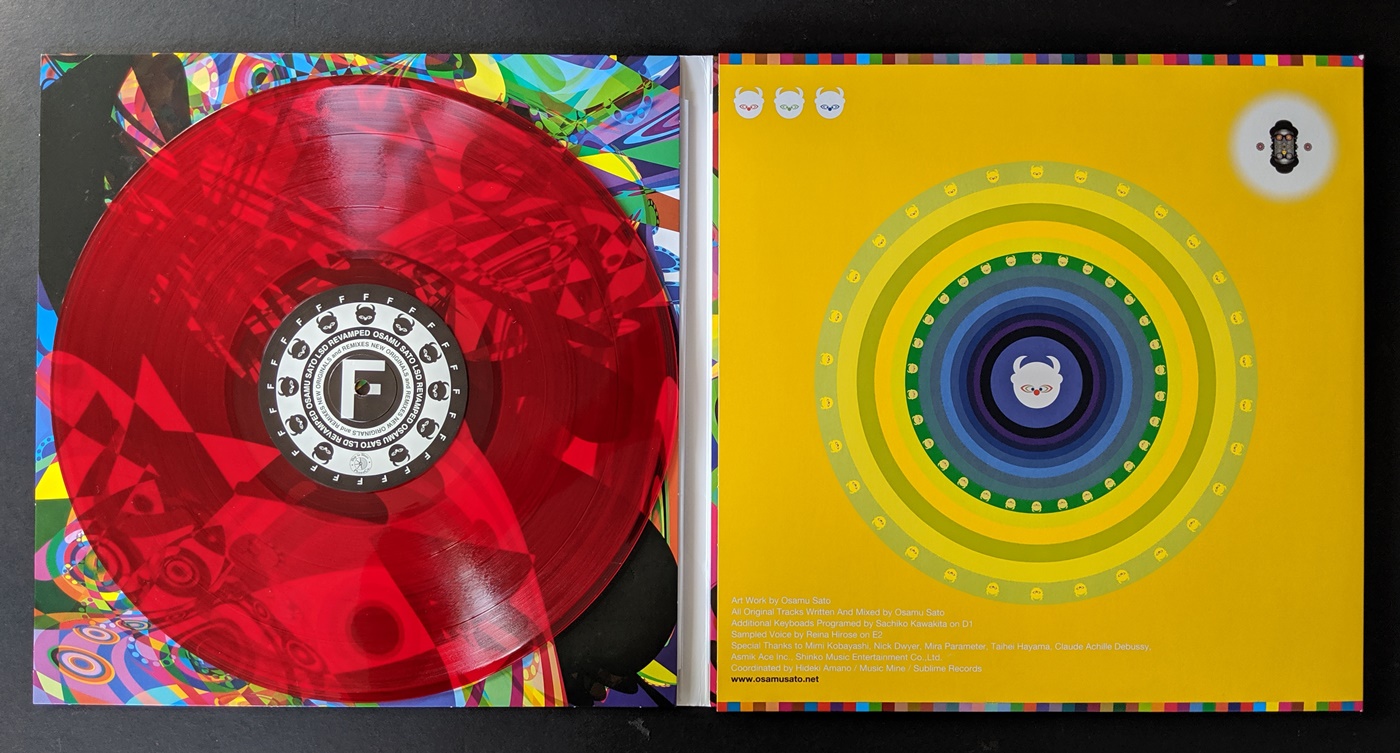 As far as the music itself is concerned, there are no complaints to be had. The album remixes do not detract from the original allure of the soundtrack. In many ways, the remixes are actually rather tame. They leave the original feel of the songs as is and don’t attempt to completely rewrite them. Fans of the PlayStation game will still find the soundtrack true to its origins. Ship to Shore Phone Co. also provides a digital download of the complete album with purchase. LSD Revamped is still available on their website for $40.