Like any other art form, games are products of the cultures that spawn them, and they often have a lot to say about their homelands. This can be easy to forget, especially with localization teams working tirelessly to make these titles accessible from foreign perspectives. Delocalization aims to undo that hard work and get to the heart of what these games have to say.

Shibuya is a hip place. Heralded the world over, Tokyo’s premiere shopping district is located on the cutting edge of cool and the forefront of fashion. The World Ends With You’s interpretation of the area is no different. From the environment to the music – and especially the fashion – Square’s supernatural Shibuya is the epitome of style. TWEWY doesn’t just use Shibuya as a set, though – it has a lot to say about the area’s fantastically unique culture.

Dropped straight into the district’s famous Scramble Crossing,you’re suddenly surrounded by towering buildings, huge flashing advertisements, and a sea of strangers dressed in almost every style imaginable. Your eyes are immediately drawn to the distorted architecture and vibrant colors that swim around you. Although it’s slightly exaggerated for visual effect, TWEWY‘s Shibuya is, like its real-world counterpart, anything but ordinary. The game’s street-art-inspired visual design constantly highlights and embellishes Shibuya’s iconic landmarks and sub-districts, laying the groundwork for its enormous emphasis on individuality. 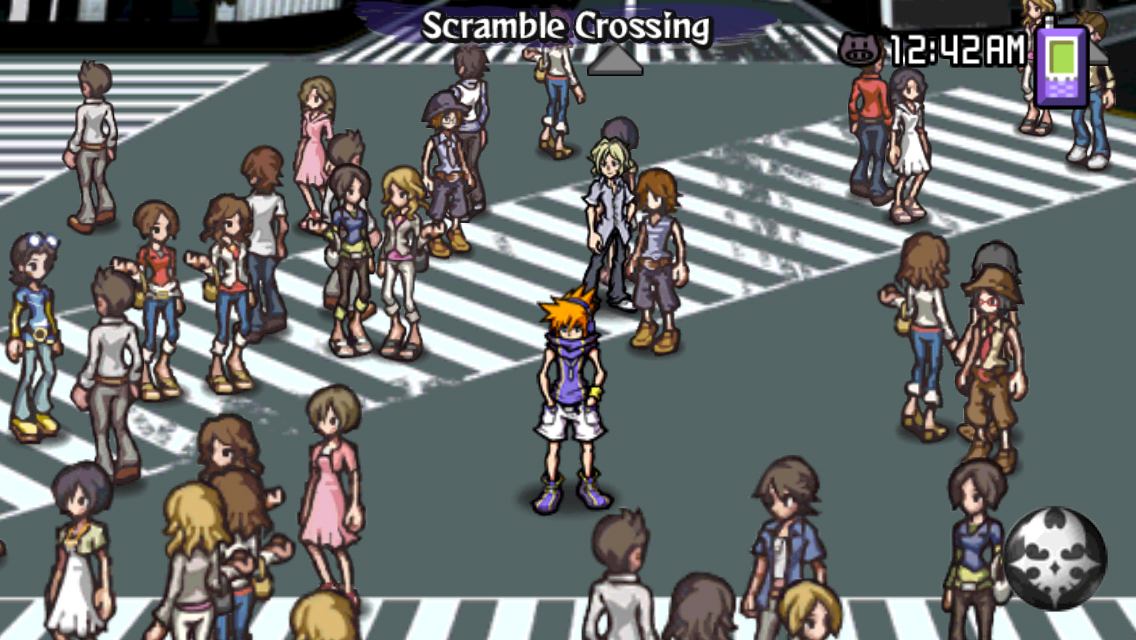 TWEWY‘s music also plays its part in constructing the game’s distinct sense of style. Takeharu Ishimoto’s marvelous soundtrack dabbles in a multitude of genres, borrowing from funk, electronic, rap, and rock to infuse the game’s events and environments with variety and character. There’s discernible rawness to the music, almost like a live performance, that really imposes its personality onto the world. This diverse collection of tracks not only reminds players of Shibuya’s bespoke culture, it also supports the array of personalities and interests that the area’s residents wear (quite literally) on their sleeves.

These elements all define Shibuya, but TWEWY places the most emphasis on the area’s eclectic fashion. In the game, Shibuya is divided into several different areas, each with its own clothing brand trends. Dressing the protagonists in equipment that’s trendy in a certain area will reap significant advantages in battle, while styling them in the area’s lamest duds will weaken the party significantly. It’s a clever way to illustrate the importance of fashion-consciousness in Shibuya, and is further enhanced by the game’s Bravery system, where characters gain bravery points for wearing more flamboyant garments. The most powerful equipment requires high bravery, so it’s in the player’s best interest to immerse themselves in the district’s fashion culture and stay trendy at all times. To fall out of style is to court death. 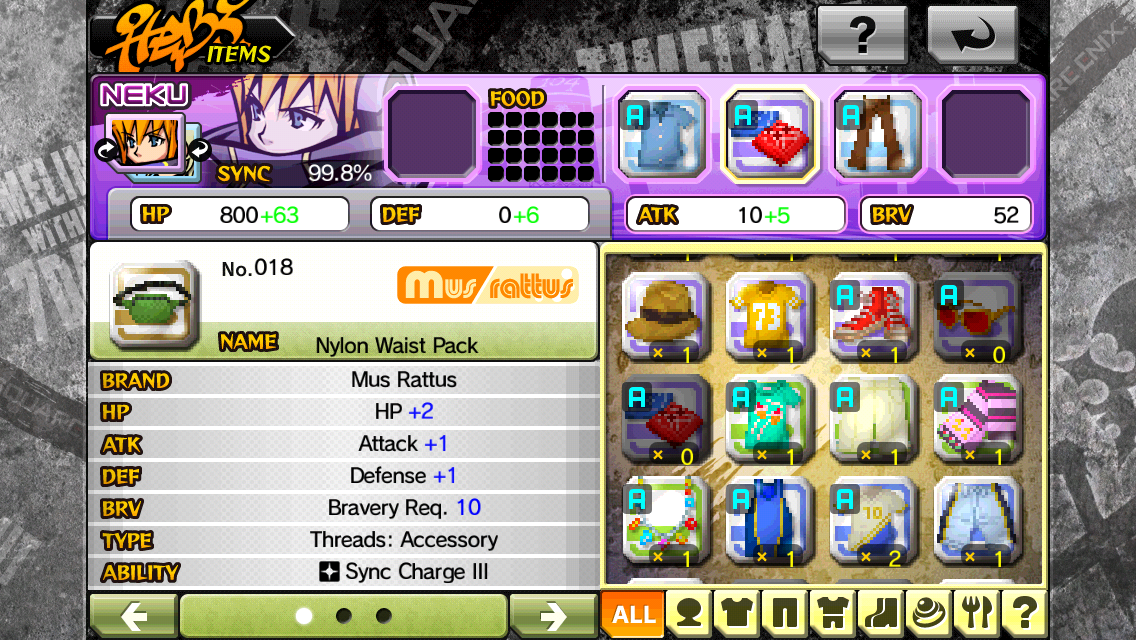 But even beyond the over-the-top brand awareness, TWEWY’s Shibuya is really all about its residents. Through the course of the game you’ll become familiar with a broad host of individuals, all with their own quirks that fit nicely with the area’s eccentric image. There’s CAT, the mysterious artist taking the town by storm, Prince, the blogger extraordinaire who can trigger a trend with a few simple key strokes, and 777, the indie rocker working his way towards stardom in Shibuya’s backstreets.Using the game’s clever scanning mechanic to read the thoughts of NPCs as they walk through the streets, you’ll see idols like these on the minds of the populace almost constantly. Over time you grasp just how valued individuals like these are in Shibuya, where true uniqueness is the zenith of style.

These prevalent individual values highlight the difference between Shibuya’s culture and that of Japan at large. As a traditionally collectivist society, individual efforts and desires are often stifled in favor of harmony within the group. In Shibuya such efforts and interests are praised and, on occasion, serve as the keys to social and economic success. The area is a hub of self expression and individualism, and while TWEWY is obviously an exaggerated interpretation of this, it’s also an extremely perceptive one. The personalities are what define TWEWY‘s Shibuya, not the landmarks, fashion, or environment. Everyone clamors for recognition from a populace that values self-expression over all else, and those who succeed see their ideas spread through the ever-shifting crowds like wildfire. 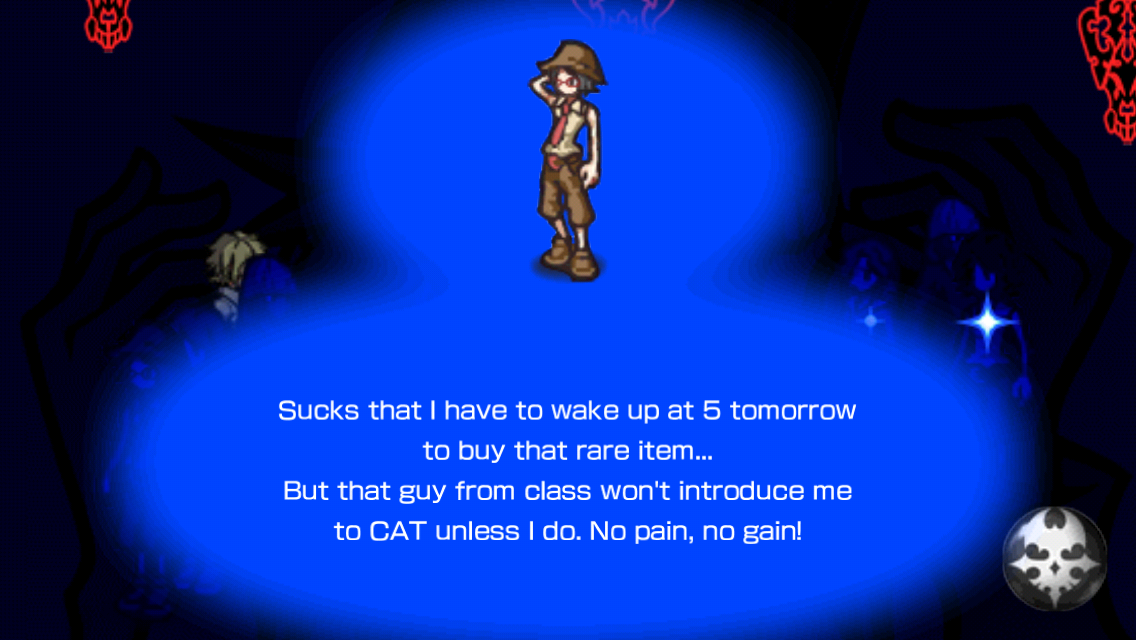 TWEWY also sheds light on the more vulnerable sides of its characters and, in turn, their culture. Players see firsthand how quickly the personalities they’ve come to know and respect can turn in the wake of a new fad, fashion or trend. The scanning mechanic is cleverly employed to construct a series of entwined narratives that complement the game’s central plot and give a sense of the far-reaching impact of the changes that affect its key players. We see nameless NPCs become aware of hot new trends almost in unison, and their eagerness to adopt foreshadows one of the game’s most important statements.

In TWEWY’s climax the residents of Shibuya have their collective consciousness turned on them. Brainwashed by the effects of an innocent red pin – the latest subtle sensation to hit the area – all thoughts of friends, anime, love, music, or any other individual interests are washed away without a trace. What’s left is a city full of stylish husks, robbed of the very individuality they so desperately aspired to. The streets are quiet then, as the legions of eccentric personalities are transformed into corporate puppets. It quickly becomes clear that those outspoken individuals were responsible for the very essence of Shibuya, and without them the area is nothing but a chic facade. 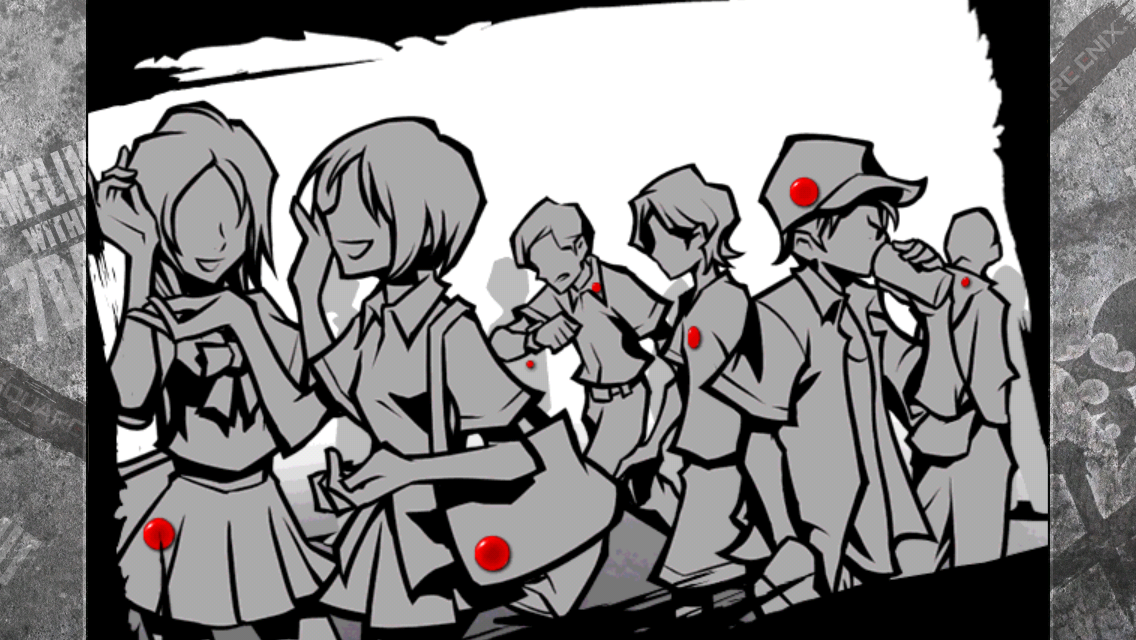 The minds behind The World Ends With You clearly share a great passion for Shibuya, but they’re also wary of its vulnerability to manipulation. TWEWY highlights what makes Tokyo’s shopping center such a special place – particularly in the context of Japanese culture – and gives us a chance to listen in on the off-tempo beat of the heart of the nation’s capital. Video games are rarely perfect depictions of culture, but shrewd design can lead to some truly intriguing social commentary.