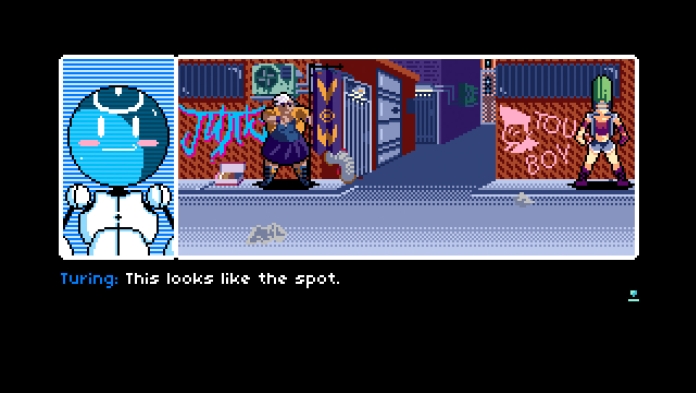 Really, any game that cites Snatcher as a direct influence was pretty much guaranteed a spot on this list. MidBoss’ ode to ’90s cyberpunk adventure games is a colorful gem definitely worth checking out, whether you’re a fan of this era or not. Filled to the brim with a variety of colorful characters, a captivating story with multiple endings, and a charming sense of humor, Read Only Memories delighted at every turn. never has a celebration of diversity set amongst a potential murder mystery and a debate on artificial intelligence in Neo-San Francisco been so enjoyable! Bonus points for Turing, an absolutely adorable scamp who earns the honor of being gaming’s second-most adorable robot sidekick of 2015 (you should know who number one is by now, but I’ll get to that soon). 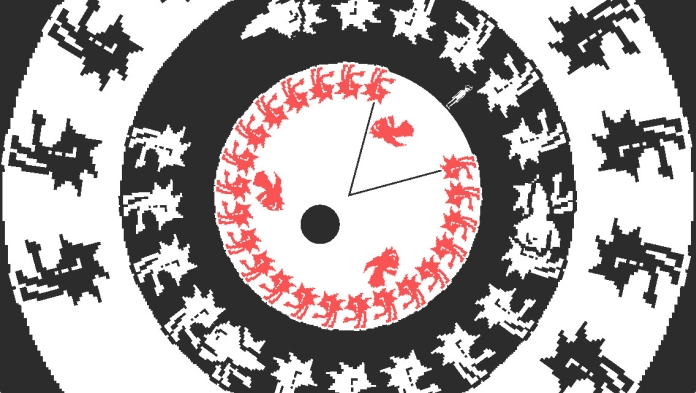 Well, you have to give props to Kenny Sun. After all, he was able to construct one of the year’s most visually stunning, fast-paced, and nerve-wracking platformers with but a three-color palette and a lot of imagination. The trippy and intense Circa Infinity was one of the most pleasant surprises for me this year, as both a feast for the eyes and a challenge for the guts. It’s the type of game that leaves one coming back for more, just to see how each new level tops the previous one in terms of insanity on several levels. It may be short, but between the mind-blowing graphics, music and some swear-inducing but highly fun boss encounters and overall level design, this is one game that piles upon more than enough sweetness to leave quite the impact upon you. 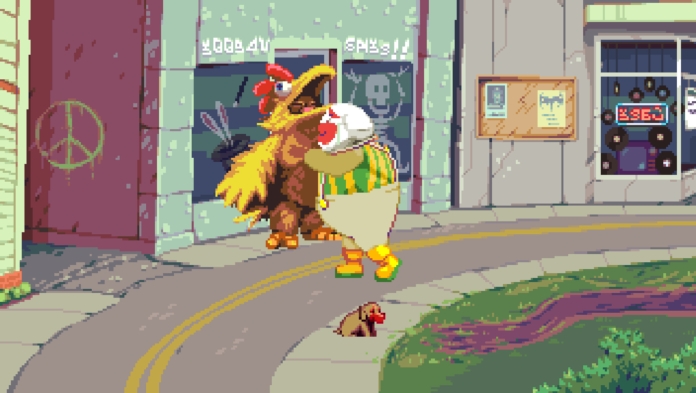 It may not have been my overall best game of the year, but I can honestly say in my opinion that Dropsy was the feel-good game of 2015. And you wouldn’t think that a game here you play as an obese, nearly-toothless clown would be able to pull off that feat, but damned if Jay Tholen and company didn’t pull it off. While there is a central story, the biggest joys in Dropsy came from just wandering around the city and performing good deeds, in what almost feels like an open-world game crossed with a traditional point-and-click adventure. It truly is a game that oozes joy from every area, be it the beautiful cartoon-like graphics or the soundtrack with a wide variety of music spread across several collectible cassette tapes. Dropsy’s journey of self-redemption is one full of an amazing amount of heart indeed, and should not be overlooked. 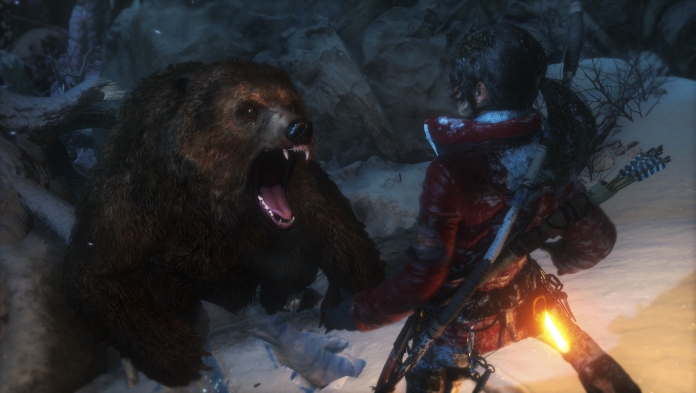 I was an immense fan of the 2013 Tomb Raider reboot, and was thus obviously looking forward to the sequel quite a bit. And thankfully, Rise of the Tomb Raider ended up being one of the best kinds of sequels, the one that improved upon its predecessor in every way it could. The graphics were even more gorgeous than before (the sheen on the ice alone is breathtaking), the areas to explore were even bigger with more to find, the action had more variety to it, and while some of the new gameplay additions were underdeveloped slightly, they were still a nice touch. Some of the game’s story was uneven, with a great emotional moment for the villain one moment and an obvious kidnapping victim the next, but it still kept me interested towards the very end. But really, it comes down to all the amazing parts where you get to climb, jump, and loot the resting places of the dead all across breathtaking Siberian landscapes, which Crystal Dynamics have near-perfected. So come January 28, I had better see a lot of PC gamers getting in on this as well… 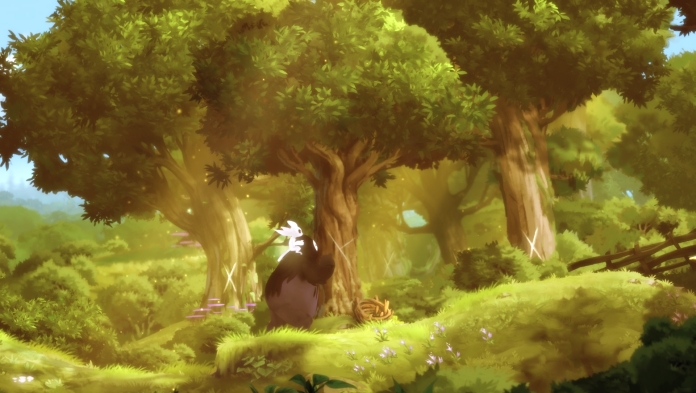 In my humble opinion, Ori and the Blind Forest is the most gorgeous game of the year. Oh, I know not many other critics have noticed it, but I shall take a stand and say that Ori’s journey has some of the year’s best graphics. Shocking, I know! Thankfully, the rest of Ori is just as impressive as it looks, boasting some incredibly smooth and challenging Metroidvania gameplay, not to mention a great story with moments worthy of the best Ghibli films. The only flaw is that I was torn between exploring every vast area for hidden secrets and having to advance to the next part of the narrative that either touched my heart, broke my heart, or gave me a heart attack. Moon Studios, take a bow, because you have created an absolute masterpiece in more ways than one. 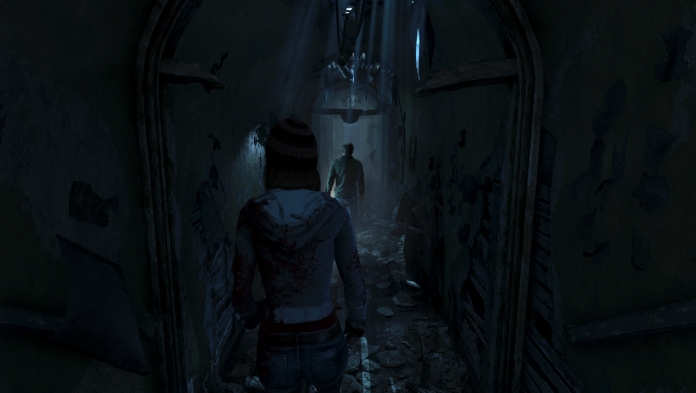 I admit that I was intrigued by Until Dawn’s premise of an interactive slasher flick from the very start of its development, even if it meant having to buy a Playstation Move. Thankfully, the Move requirement was later ditched, and the end result still delivered what I had hoped for from the beginning and more: A spectacular ode to those lovable cliche storms that’s still a great game and an immensely fun time in the end as well. Some frown upon the idea of Heavy Rain-style “interactive film” games, but this is one that grabbed me from the start and kept me hooked the whole way through. Filled with tense situations, a story with a lot of twists and turns and characters I surprisingly ended up loving a lot (minus Emily), this is a new benchmark for how triple-A adventure games in this vein should be done. Now to hope Supermassive Games gets to make the sequel that they’re talking about… 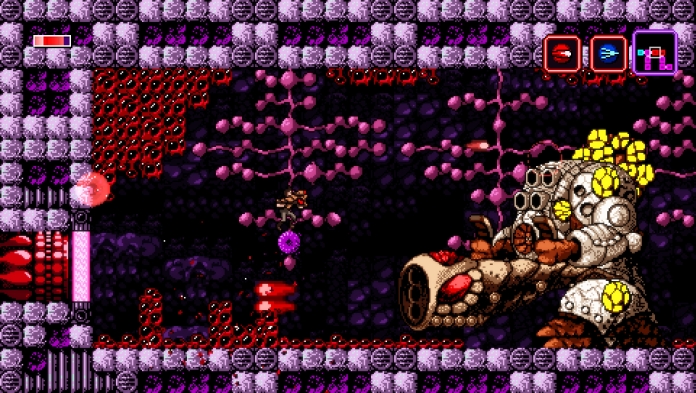 In my writings over this past year, I have been accused of focusing too much on “‘who really cares’ indy games” and “indie pixel bulls***.” And I have taken such accusations to heart, which is why as you can see on this list, I have resolved to keep focusing on those kinds of games, because idiots aren’t the boss of me and I can’t help it if these games kick ass. Case in point: Axiom Verge. Thomas Happ’s love letter to the days of Metroid has been one of the most engrossing titles of this year, largely thanks to a giant, sprawling game world full of countless secrets, an intriguing story, a ton of weapons and some massive bosses to use them on, and what may be the year’s most gorgeous retro-inspired graphics. A challenging and haunting piece of work by an incredible one-man show, this is a snapshot of NES-era gameplay at its finest. 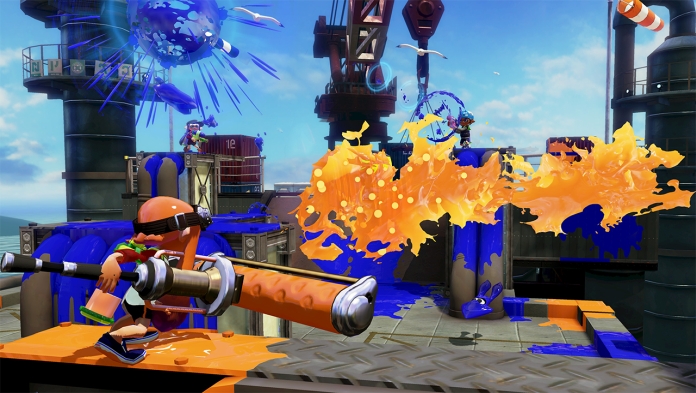 Splatoon isn’t just a great Nintendo game, it’s the game Nintendo needed. Hell, it’s the game the entire industry needed. After what has felt like the longest creative slump the Big N has had (but with very good games, yes), this is a game that reminds us that they can still pull off genuine creativity and new IPs with characters, lands, and gameplay mechanics fit to be placed alongside their best. The Shibuya-infused cheerfully post-apocalyptic battleground sets the stage for a truly unique twist on team-based shooters (and a single-player mode with one of Nintendo’s best final bosses ever), proving that the genre still has life in it and that you can still make clever, family-friendly games for kids and squids alike that the young ones can enjoy, helping broaden their horizons to different genres. Top it all off with an astonishing soundtrack and you have the next rightful classic in the Nintendo family. 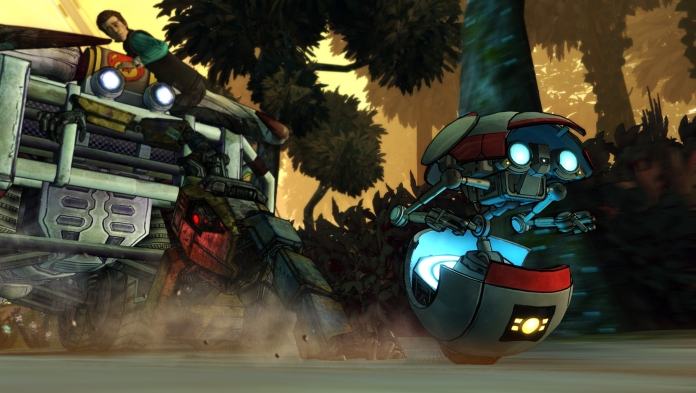 We all thought it was a joke when it was first announced, right? Telltale making a Borderlands adventure game? I mean, it would probably be good, okay, but can we really expect the guys who gave us The Walking Dead to deliver such an incredible experience with genuine heartfelt moments and an astonishing story again with a franchise known primarily for its focus on “shoot n’ loot” gameplay? Well, the answer is “Yes.” In fact, not only did they meet my expectations, they surpassed them, delivering what I would legitimately call Telltale’s greatest game to date. Tales from the Borderlands is an astounding rollercoaster of jaw-dropping moments, hilarious dialogue, genuine emotions, and some of the best characters this franchise (or any franchise) has ever seen. Pandora never felt so damn beautiful. Bonus points for Gortys, an absolutely adorable scamp who earns the honor of being gaming’s most adorable robot sidekick of 2015 (Sorry, Turing). 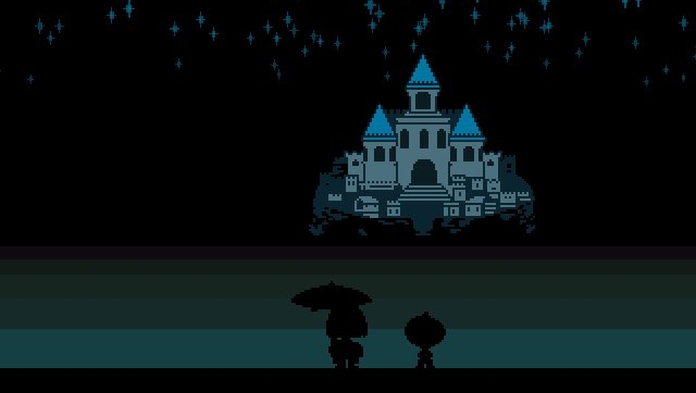 I hate to be the kind of person who keeps telling you that you should just go play Undertale and doesn’t say anything else because they don’t want to spoil anything, but just go play Undertale already, and I’m stopping there because I don’t want to spoil anything.
…
Okay, I suppose I have to say a bit more. Really, there was just no game this year that impressed me more than Undertale. It truly is one of the most unique RPGs and overall experiences that I have seen in recent years, combining the wit and impressive storytelling of games such as Earthbound and the Paper Mario titles with a combat system fueled by bullet hell games, deep levels of fourth wall breakage and deconstruction, bits of sheer horror one minute and truly heartwarming bits the next, and some of the year’s best and most memorable characters that have already received immense cult followings. There are just so many twists, strategies, and bits of clever dialogue around every corner, that you just feel like you have to see it all. Like you’re determined to do so, I guess you could say. Absolutely fantastic from beginning to end, and my pick for the game of the year.