During the Paleozoic era (more commonly referred to as the 1980’s) video game RPGs were not nearly as widespread as they are now.  Dragon Warrior, or Dragon Quest for those who prefer the non Americanized title, is an incredibly simplistic RPG by current standards but at the time there was not really any noteworthy title like it.  It eventually spawned eight sequels and several spin offs, and its previously Japanese only installments numbering V, VI and VII have enjoyed new life in a stateside release on the Nintendo DS and Sony Playstation.  I have been a fan of this series for an incredibly long time, with my favorites being Dragon Quest III, IV and IX.

Dynasty Warriors is another series I am fond of, with Dynasty Warriors 2 actually being the very first PlayStation 2 game I ever played at a Funcoland on a demo display unit (anyone remember Funcoland?). I enjoyed it for a short while in the early days of the PS2, but Koei did something funny a year later.  They re-released Dynasty Warriors 2 under the name Dynasty Warriors 3, added some extra characters, expanded it a little bit and added the two player co op mode and suddenly this game started having an effect on my brain chemistry similar to heroin.  Since then Koei has released the same game every year or two, adding a fresh coat of paint with some additional tweaks and slapping a new number after Warriors and I invariably buy it.  Thanks to the introduction of Samurai Warriors and the Xtreme Legends and Empires expansions, a portion of every paycheck I earn is automatically deducted and goes through direct deposit to Koei’s bank account.

Thanks to this not so small fortune I have given to Koei they have the resources to utilize some Orwellian market research tactics in releasing yet another copy of this game but finding a way to get the maximum return on the investment from yours truly.  Suddenly this 1984 Series Big Bro camera that appeared at my house a couple years ago makes more sense.  I didn’t look too closely and just assumed it was made by Kodak but it was actually a Koei camera.  All along I thought it was part of the home security system, joke’s on me I guess.  So scanning the game collection I have scattered throughout the place, they saw many Dragon Quest games and many Dynasty and Samurai Warriors games and decided this is the perfect combination to milk another $59.99 out of me. 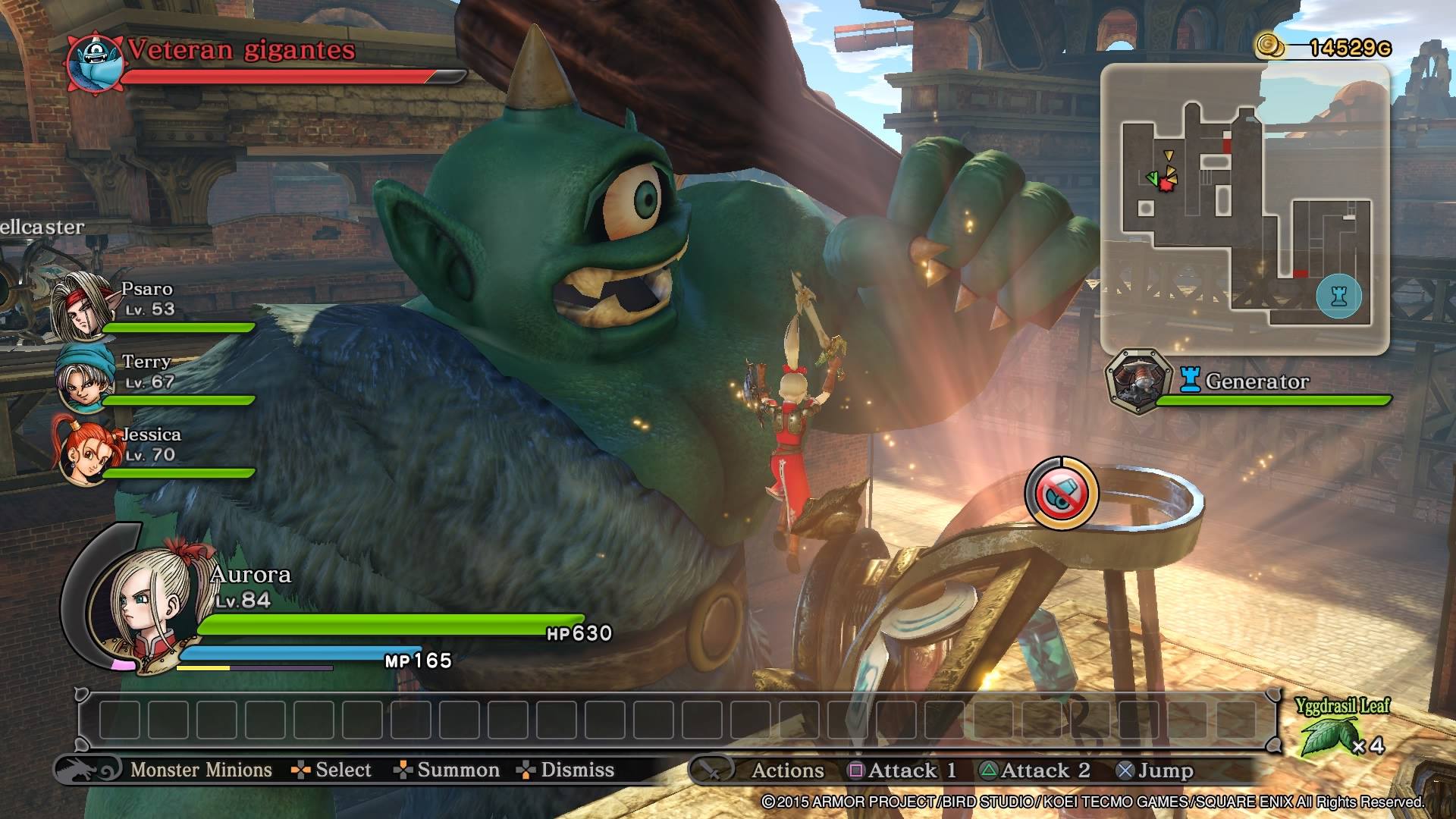 Dragon Quest Heroes was born, and while this title should have been called Dragon Quest Warriors to both reference the style of game it is plus combining the Japanese and American names for the RPG series, that is not the flaw I want to complain about.  Well, I do want to complain about it but I can’t get enough content to fill the column from that.  That one sentence is about all I have.  Dragon Quest Heroes is actually one of my favorite games from 2015.  The voice acting is downright atrocious but I have grown to expect that from Koei’s English localization ever since Zhang Jiao yelled “You flaming idiots!” in Dynasty Warriors 3, or whatever nonsense Zhang He rambles on about in reference to beauty, butterflies, flower petals, and so on.  The Dragon Quest monsters are faithfully recreated in their 3D models, including some major villains like Psaro and Zoma.  The gameplay is the solid one against hundreds of opponents carnage one should expect from Koei.  The use of familiar characters from Dragon Quest titles along with familiar music from the series shows they put forth a great deal of effort to make this title pleasing to the most hardcore Dragon Quest fans.  They even took this beyond a simple action game by incorporating RPG elements.  Going into any battle the player is allowed to select up to four characters in a party and may switch control over who they want to control at any point, and each character’s battlefield prowess matches their RPG warrior, mage, or whatever counterpart.  Dragon Quest V has monster recruiting as a major element of the game, and this is incorporated in this title with the ability to get some AI monsters to patrol certain zones.  The people putting this title together clearly did their Dragon Quest homework.

So by now the person reading this is likely wondering what I am complaining about since this sounds like the perfect game made specifically for me, even with me going as far as making up some tinfoil hat conspiracy theory about Koei using video surveillance to examine my game collection.  The problem is that this title is one player only, which is even stranger considering how friendship is such a strong theme throughout the game.  The Warriors games are enjoyable in single player in small doses but two player co op is where they are fun enough to waste away an entire day.  This is baffling why there is no two player mode in this, even the Zelda themed spin off Hyrule Warriors has a two player mode. 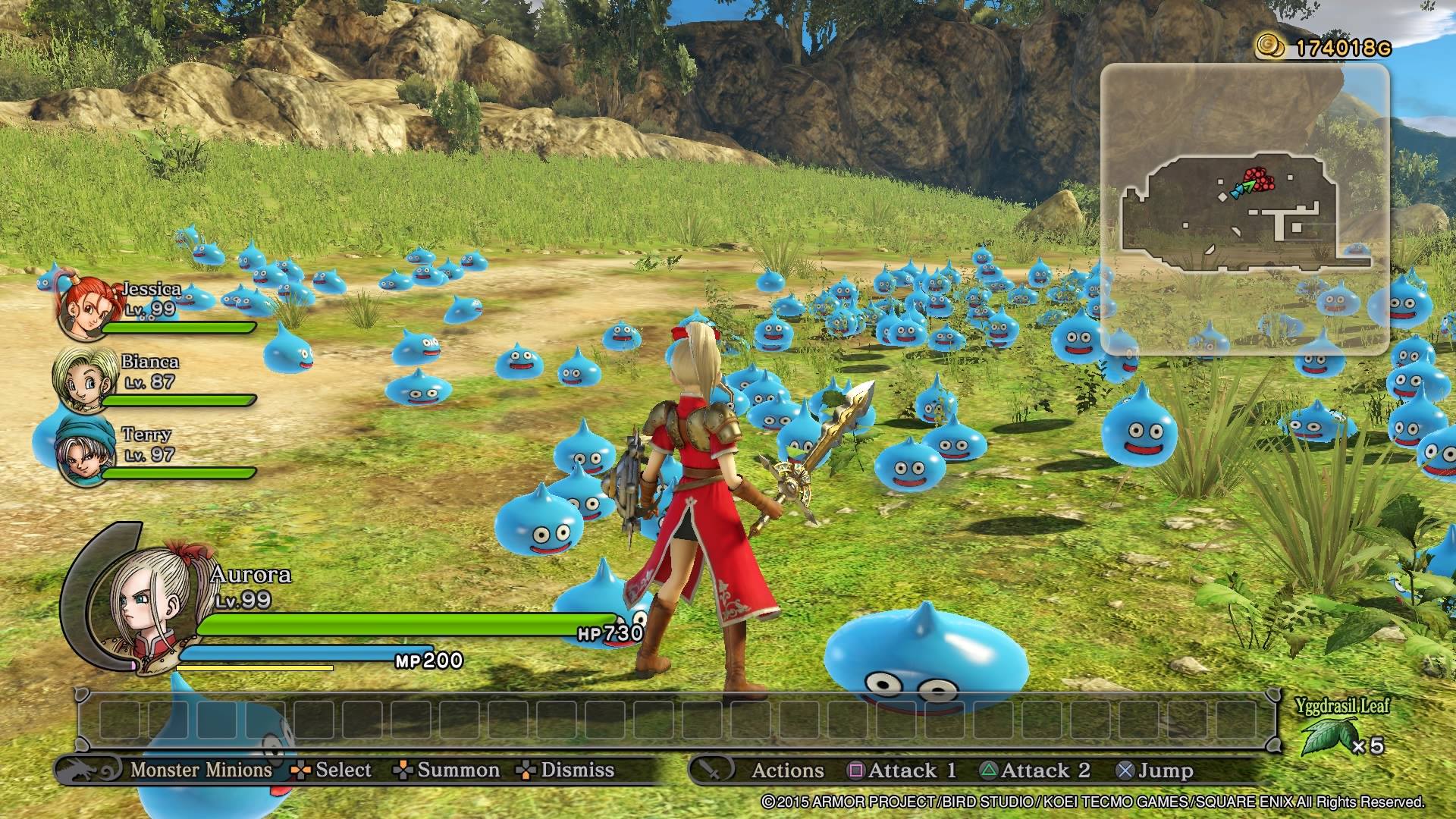 The argument could be made that because there is a four person party they do not need a two player mode but that argument does have any legs to stand on.  Warriors Orochi 3, which has one of the most convoluted stories in gaming history to bring just about every character associated with Koei Tecmo together in one title has a three character party system and two player mode.  Both players one and two select three characters and player one’s characters are involved in the plot advancement and player two’s characters are just there for the ride.  This has been the style in just about every Warriors game I can remember playing since Dynasty Warriors 3 which, is not all of them but way more than any reasonable person should have played.  This would have worked fine for this title.

No one likes complainers who do not offer solutions so what was suggested in the paragraph is not my only suggestion.  Dragon Quest Heroes could have taken a page from Divinity Original Sin.  In Divinity Original Sin there is a party of four characters which is pretty standard for an RPG.  Where Divinity deviates is it allows two player co op, which entails each player controlling two members of the same party.  There is still just four party members, it just makes multitasking easier thanks to the magic of online play and local co op splitscreen.  Dragon Quest Heroes could take the stance that four heroes in any battlefield is plenty and just say player one gets Aurora and Kiryl, player two gets Maya and Yangus.  This approach I think would be more complimentary to the RPG component of Dragon Quest Heroes, but I would have been happy with either. 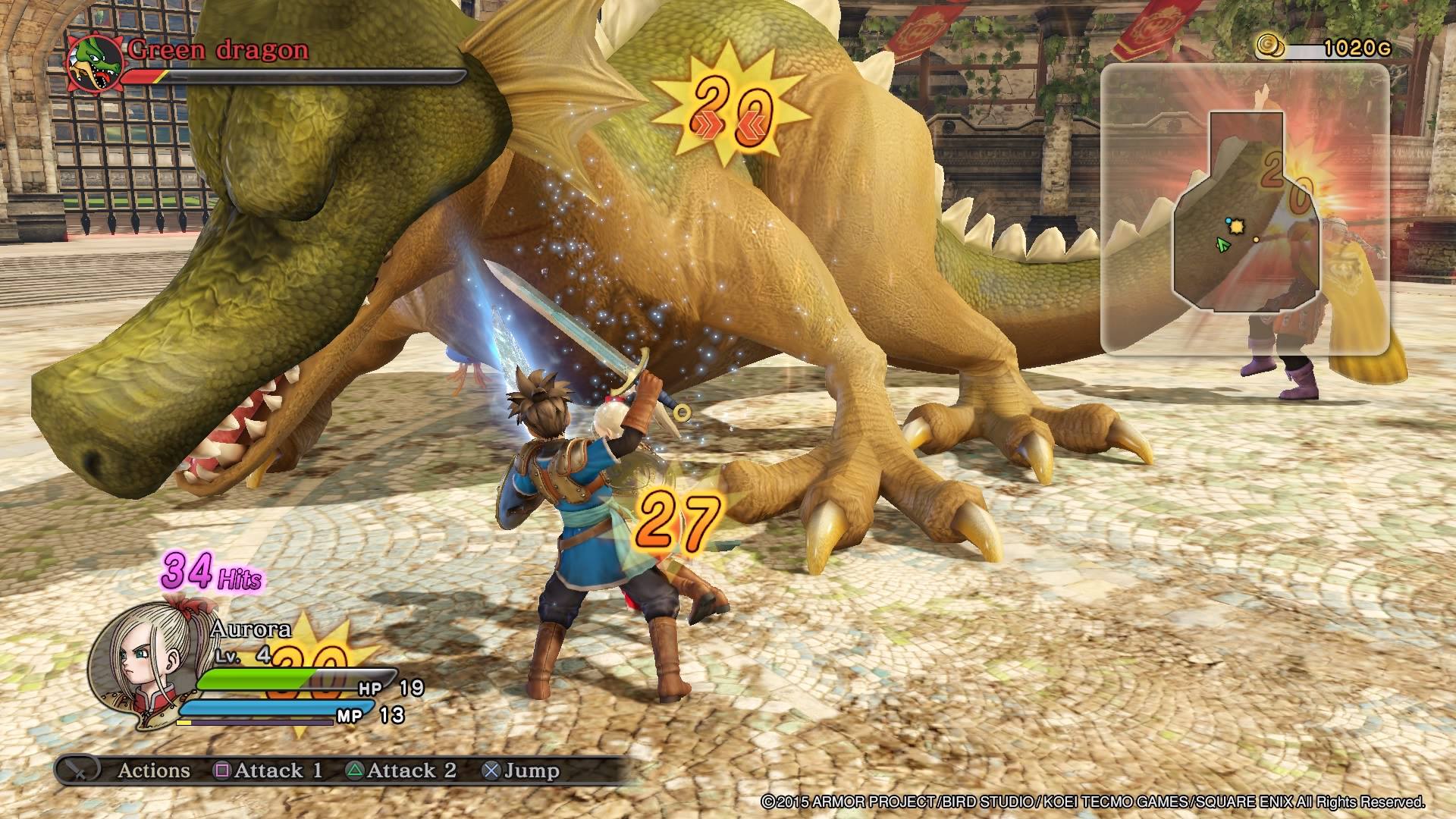 Mindlessly slaughtering hundreds or thousands of enemies can be fun as a solo venture, but doing it with a buddy is so much more enjoyable.  With the exception of Dynasty Warriors 2, every Warriors game I have played has featured two player co op except this one.  The omission of a two player mode in Dragon Quest Heroes is incomprehensible.  What really makes it so infuriating is how great this game is in all other regards.  Having played the majority of the Dragon Quest games it is obvious that an extremely large amount of care went into making this title.  Combining the different styles of a Dynasty Warriors game with Dragon Quest is not an easy task and the developers did a phenomenal job in capturing the essence of Dragon Quest and included a large and diverse amount of content from several Dragon Quest titles.  I sunk a ton of hours into this and even after getting platinum trophy I wanted there to be more.  But I also know that as much as I enjoyed it, being able to share the experience with my friends would have greatly enhanced it.