There have been many good games that have been held back from achieving their full potential for greatness.  Some aspect of their design leaves a stain on the experience, forcing the player to question what in the world were they thinking.  Fatal Flaws examines these scars that are left on games, whether they are just mildly out of place or come close to ruining an otherwise quality game.

The purpose of Fatal Flaws, to clarify, is not to trash a game that is bad, but for me to complain about an aspect that I hate about a game that I otherwise love.  This month I am going to complain about Final Fantasy IX, the last of the original PlayStation Final Fantasy games.  Final Fantasy IX is a great game, and a lot of ways a return to the style of older games in the series.  This was a departure from the industrial revolution that took place in VI, VII, and VIII and went back to much more medieval fantasy setting, though high tech elements did exist to some capacity in all games.

Also like the older games the characters had more rigidly defined classes.  Characters in the more recent games could pretty much all swap armor and had powerful attacks, and all of them could use every spell in the game with the right items.  In this, Steiner was a physical powerhouse who wore heavy armor and fought with a large sword.  Vivi on the other hand would be evenly matched with Glass Joe in a fist fight, but his magic could lay waste to armies.  These class differences made who was in your party an important factor as far as battle strategy was concerned, making the player have to weigh out game attributes against who their personal favorite characters are.  This game was actually an extremely well done return to the older style of the games, but included many modern features like the beautiful full motion cutscenes and a story and world too massive to be contained on a single CD. 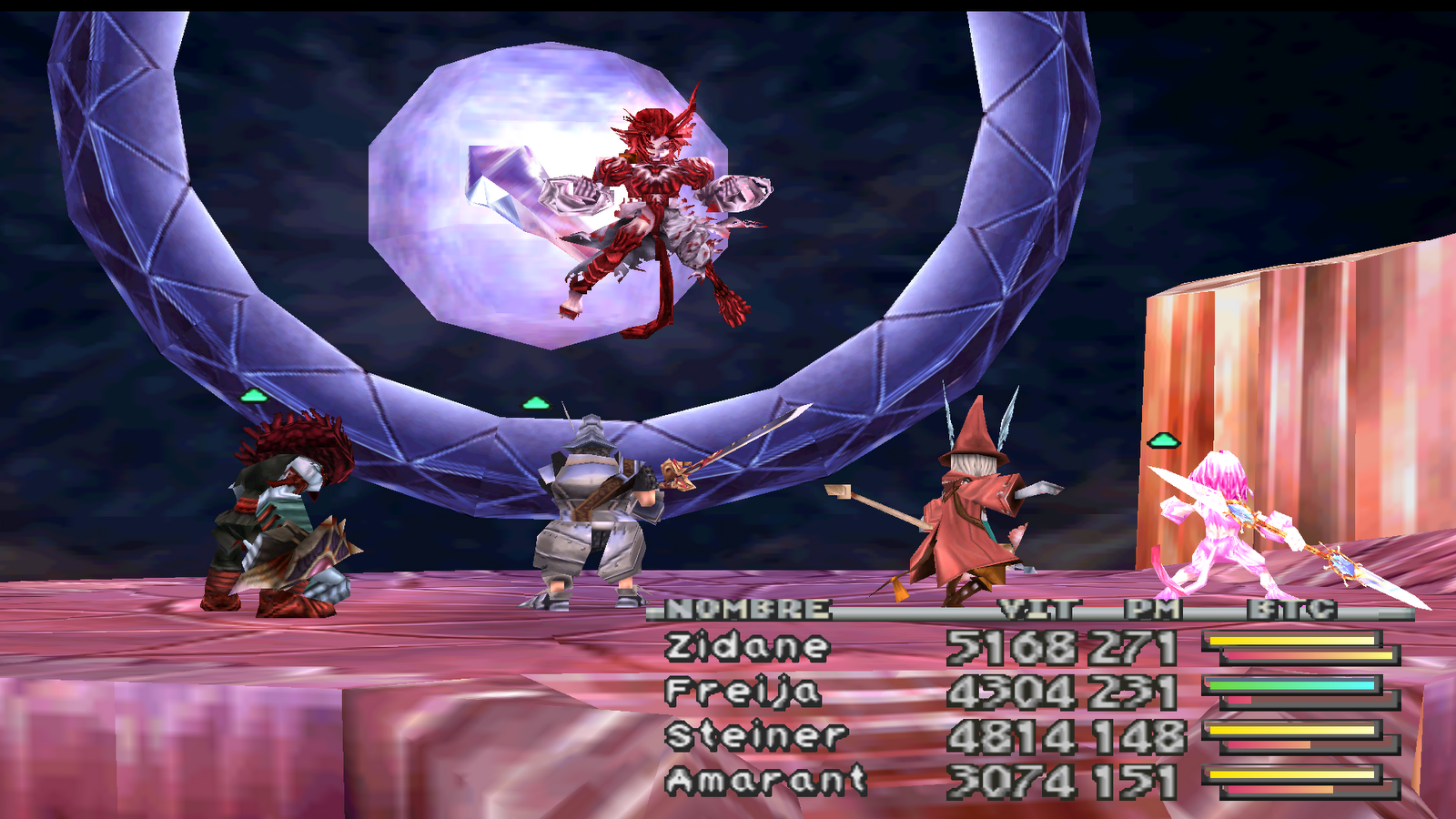 If only a book could tell us how to beat him…

So, by now the readers are wondering what I am going to complain about because that sounds like it is a great game, which it is.  Virtually flawless.  But there is something about it that has angered me for 15 years, and this is the best avenue to complain.  Technically, I am violating the rules of the column this month, but this column is my creation so I can violate it anyway I see fit (note parents:  do not apply this logic to your children).  See, the greatest, most horrible flaw for Final Fantasy IX is not within the game but outside.  The flaw is a poorly executed idea by Brady Games that should have been shot down the second it was mentioned, and that is the abomination of PlayOnline.

There are mixed opinions about strategy guides and people use them for a variety of reasons, all of which are fine.  Games are meant to be fun, and if a guide book can enhance that for someone, great.  My approach to strategy guides in RPGs is generally ignore them for the initial playthrough (unless I got stuck) and use them for the second go round (back when this was a realistic idea) to see about things I missed or maximizing class combinations or stuff like that.  Another use for them, which is actually the main reason I used to buy them, is I could play a game for a lot for a week or two, and then get busy with other things and not touch it for a month.  I would need to refer to the guide to remember what I did and what I was supposed to. 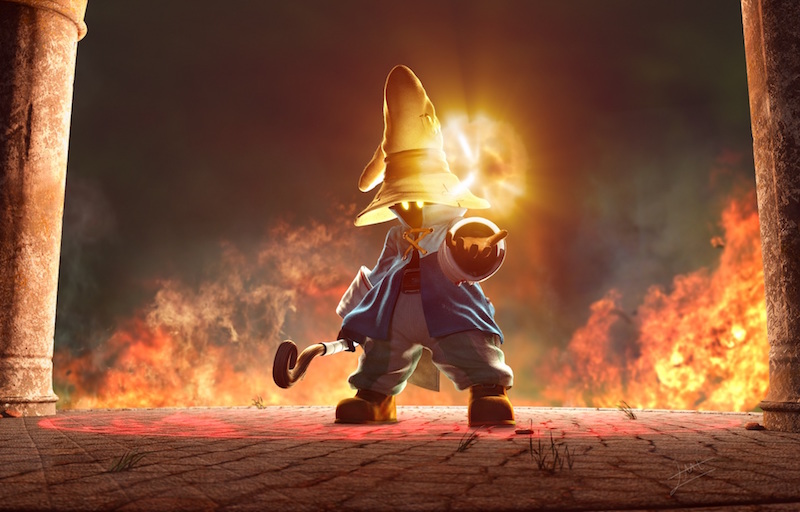 When I bought Final Fantasy IX I was not planning on buying the guide, but GameStop had a special where you could save twenty percent if you purchase the game and guide together, so I bought the guide thinking I got a deal.  Oh what a fool I was.  This “guide” was the most useless piece of game assistance literature I have ever seen in my life.  Just about every page would have the most rudimentary information about an area that covers everything that can be figured out by looking at the screen, and then with the helpful tip: want information on the treasure/boss/eidolon/items?  Go to our website for information!  I don’t think the publishers of this guide understood how books are supposed to work.

Really?  I paid money for a book to tell me to go to a website.  This is infuriating for a few reasons.  The first one is the obvious if I wanted to go online for help, I would have looked for an online walkthrough or message board and see what is happening there.  I bought the guide because I want to have a reference book I can open up and use.  If no information is actually in the reference book, what good is it?  Secondly, this wouldn’t be as annoying now because people’s televisions, phones, watches, and shoes all have WiFi built into them.  This came out at a time when dial up was still the norm for people’s internet, and being able to get online at any point in the house was not a thing.  The PlayStation lived in the basement and the computer lived on the second floor, which was fairly common.  If a guide is meant to be a quick reference point while playing the game, why would it require so many people to leave the room they are playing Final Fantasy IX in to go check out the computer?  At the time the most people who a TV and computer in the same room were people who lived in college dorms, and that was because dorms were so small everything was in the same room. 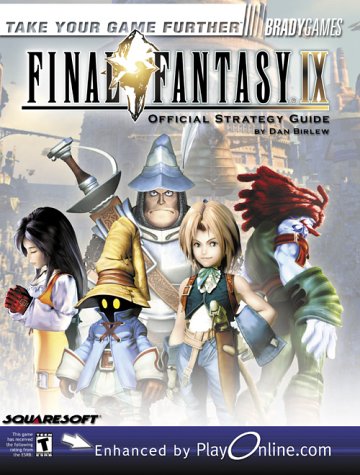 Even now where I have my house laid out where I have a central electronic entertainment hub, a guide like this would still irritate me, though it wouldn’t be completely useless like it was in the days of dial up internet connections and dumbphones.  Except for the simple fact that it is completely useless now.  PlayOnline still exist, but its coverage of the Final Fantasy IX has been removed from the site, rendering this relic even more useless than it was in its hey day.  Who has heard of a book with an expiration date?  My Nintendo Power strategy guide for Final Fantasy might no longer have a cover, but the information is as helpful now as it was the day it was published.  Thankfully I doubt I was the only person who complained about this terrible format for a guide because subsequent Brady Games guides I purchased did not have this nonsense, though I did flip through them more thoroughly after this to make sure they left this behind.  Technology and the gaming community has progressed to a point where they have very detailed fan made walkthroughs available for free online.  Youtube probably isn’t going away anytime soon and there are plenty of walkthrough videos.  Maybe it is because I am old and like physical items, but if I buy a strategy guide, it is because I want to use the actual book.  I want to be able to turn to the page to look up what I want.  I like the detailed bestiaries and stat tables.  If I wanted to find help for a game online there is no shortage of options.  If I have a book to use, the reference book should be a reference book, not a reminder on every page to put it down and find a computer.