Superhot took the world by storm last year. It was unique in its bold visual style and game mechanics. With one hit deaths and swarms of enemies, the gameplay itself have been frustrating, but side stepped the potential pitfalls with impeccable gameplay design. It truly is one of the most memorable indie games to come out of the scene in, well, ever. It’s is a must-play title, especially as it isn’t a particularly heavy time investment. There still are a couple of things that irritate me more than the humming of my coworker over the cubicle wall (you know who you are). That is what we are going to talk about today.

My complaints stem mostly from the sound design. The game is based on a DOS aesthetic, with heavy emphasis on an old school, dial up BBS styling. The minimalist story is given mostly in a retro chat and the textures are meant to evoke the future as seen though the eyes of the past. Therefore, every time the player dies, a grating dial up modem sound is played. Except, it is somehow worse. It’s like a connecting modem is being stung by a dozen hornets. Here, I’ll demonstrate. Hold your ear up to the monitor — 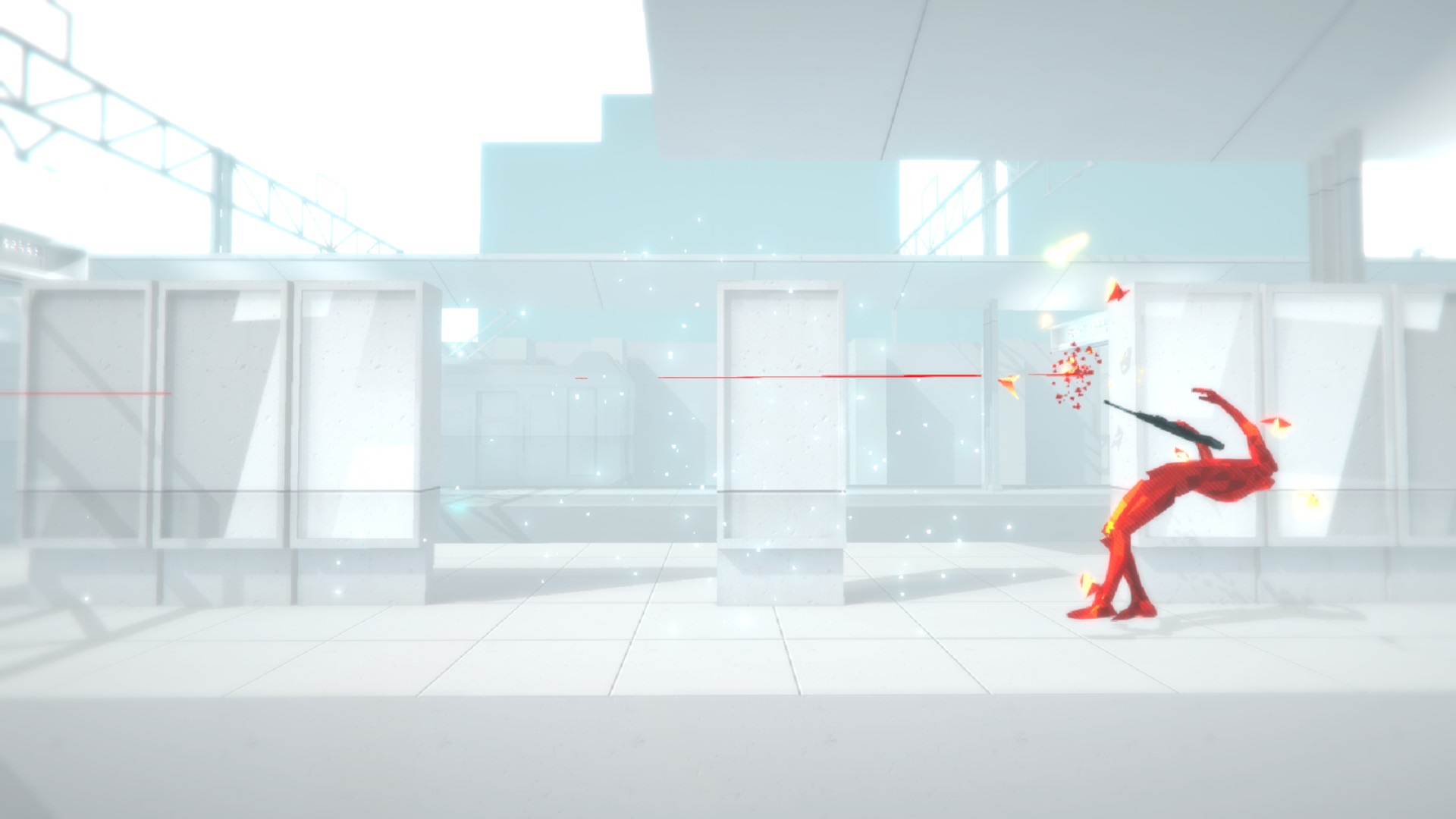 Annoying, right? There are some stages that are rather challenging, such as a level with three enemies in an elevator that must be taken in a specific order in a precise manner, only for the doors to open with two more ready to hose down the tiny, vertically moving room with approximately half of the ammunition reserve of a Montana militia. It’s kind of tough. So, this segment devolved in a ten minute loop of dead, screeeee, dead, screeee, until I managed to get past the bloody thing.

This follows along to the most famous thing about this game. The design is that time is extremely slow until the player moves. Allowing players to plan their shots, side step bullets, and generally make John Wick look like an uncoordinated wimp, this system is glorious. To drive home the impact of the action, the action plays out in real time. It’s a neat little feature that shows off some awesome moves. It’s just that, while this is playing back, a disembodied voice constantly repeats “Super. Hot. Super. Hot. Super. Hot.” It doesn’t @#$%ing stop. 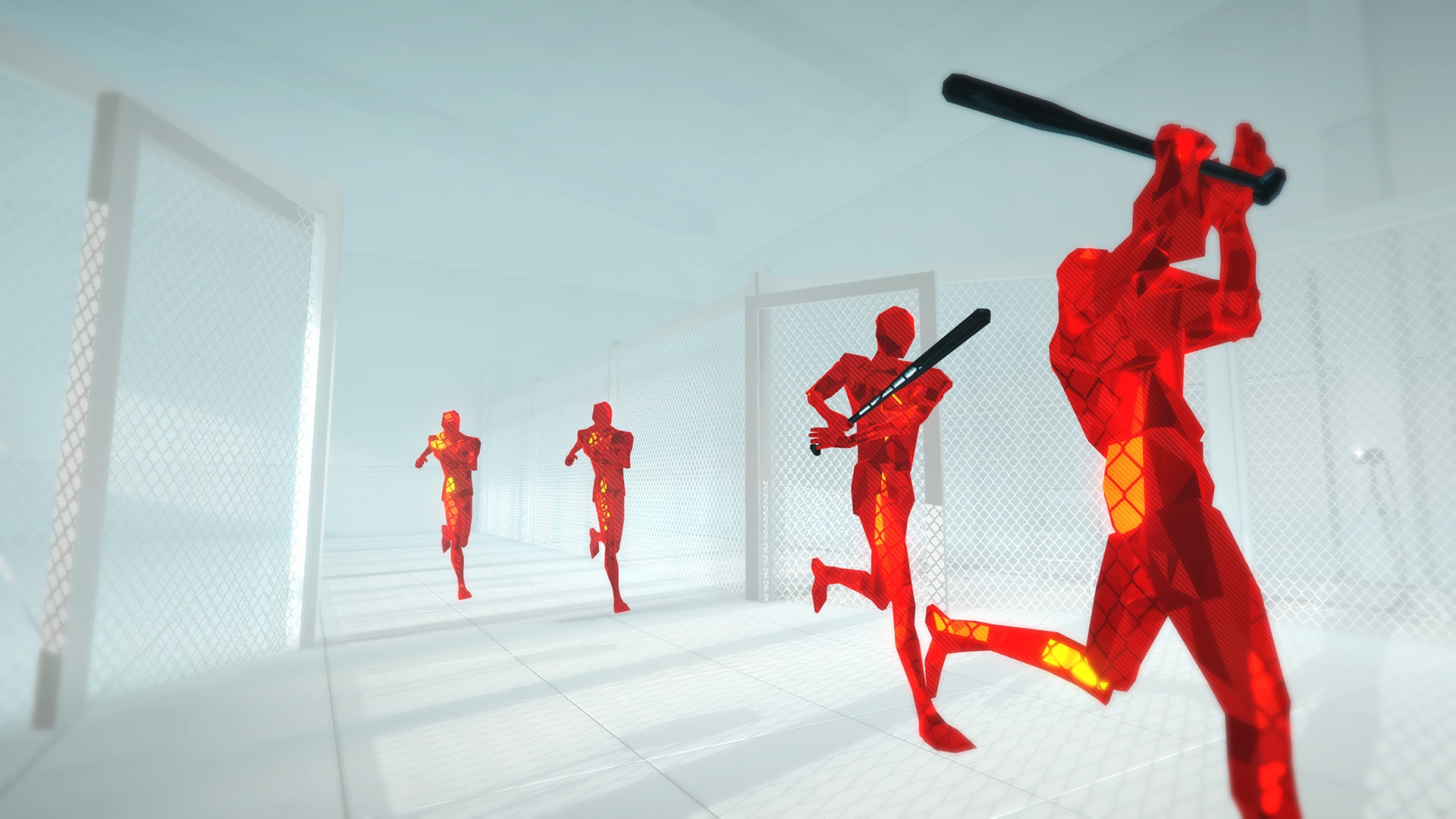 Look, I realize that they here going for kind of a minimalist badass type of thing during the playbacks, but repetition of words, no matter the words, quickly grows tiresome. The guy could be saying “kitty cat” or “waffle cone” and the outcome would be the same. Proof of this phenomenon can be found by hanging out with a four year old. How many times will “why” be asked before the duct tape gets pulled out?*

Fortunately, the voice can be turned off by going into edit mode. This allows the player to see the full playback of gun shooting, billiard ball tossing, enemy shattering fun that came about through thoughtful use of the tools in the environment. While sound design manages to be completely obnoxious, the rest of the game is still fantastic. Just rest assured that you are not alone if you turn off the sound and put on some house music. Because repetitious sounds are annoying (um…*wink*.)

*Hardcore Gamer does not condone the use of duct tape during the child raising process. Ball gags are reusable and, therefore, the more economical and ecologically sound solution.**