The Teenage Mutant Ninja Turtles have been rebooted and reimagined several times since their humble comic book beginnings. Their various incarnations have been converted to video game format many times to varying degrees of success. Back in the Paleozoic era, it was not uncommon for children’s cartoons to exist for the mere purpose of selling action figures, and the kid-friendly cartoon adaption of Eastman and Laird’s gritty comic was no exception to this. This was also an era (not unlike now) where a piece of the video game market was highly coveted by these merchandisers, which led to many games that were born of a licensing agreement from popular toy and cartoon lines.

Some of these licensed games were good; the Teenage Mutant Ninja Turtles arcade game (not the one this article is about) is one of the better licensed games for its time. Other games, like Bart vs. the Space Mutants or Teenage Mutant Ninja Turtles for the Nintendo Entertainment System (this is the one this is about) left gamers familiar with these franchises scratching their heads wondering how the game adaptation makes sense with the product it’s based on and what the drug testing policy was at their respective developers’ offices.

Some of these games were actually not terrible provided you didn’t try to make sense out of what was happening in the game or trying to figure out why something that has no business existing in the franchise’s universe is commonplace in the game. Teenage Mutant Ninja Turtles was not an awful game. In fact, despite its many imperfections, it was something I got a fair amount of enjoyment from, but it’s a safe bet that it wouldn’t have sold four million copies without those anthropomorphic pizza scarfing reptiles featured on the cover art. 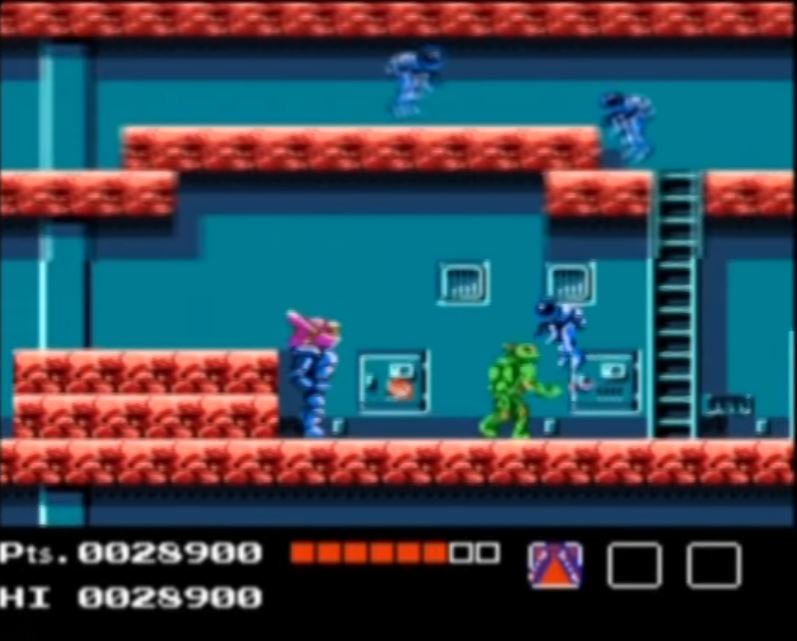 There are a few different directions I could go with this game for finding things to complain about. The underwater mission in the second level was rather frustrating and seemed out of place in the game when I was a kid but eventually I got the hang of it. Its existence did cause some irritation in the next level with those tricky jumps in the sewers where if the player missed the jump they landed in the water and got washed back to the overworld map. I just swam the Hudson River dodging electrical traps and disarming bombs but I can’t handle swimming in the sewer water? These turtles live in the sewers, traversing the water there should be no problem at all. Or why we deviate from the rest of the game’s format for a water level but later on when we have to get the Turtle Blimp we get a brief cutscene of the turtles walking to it but no flying Turtle Blimp level, that would have been a fun level, especially if they modeled it after Gradius, which could have been done since Ultra games really were Konami games. The water level is annoying, both in playing and for indirectly raising questions about other parts of the game but that is not the main focal point of my ire.

What has always driven me nuts about this game is the enemies. Like most people who own this game, I was a fan of the Teenage Mutant Ninja Turtles cartoon and I was at that young age where I didn’t fully comprehend the fact that licensed games are rarely as good as their source material. They have the major characters, Bebop and Rocksteady are quickly dispatched early on and we see appearances by Metalhead, Shredder, and the Technodrome, though the exterior and interior size of the Technodrome seem somewhat inconsistent. Mousers and Foot Clan ninjas are common cannon fodder but then things get kind of odd. 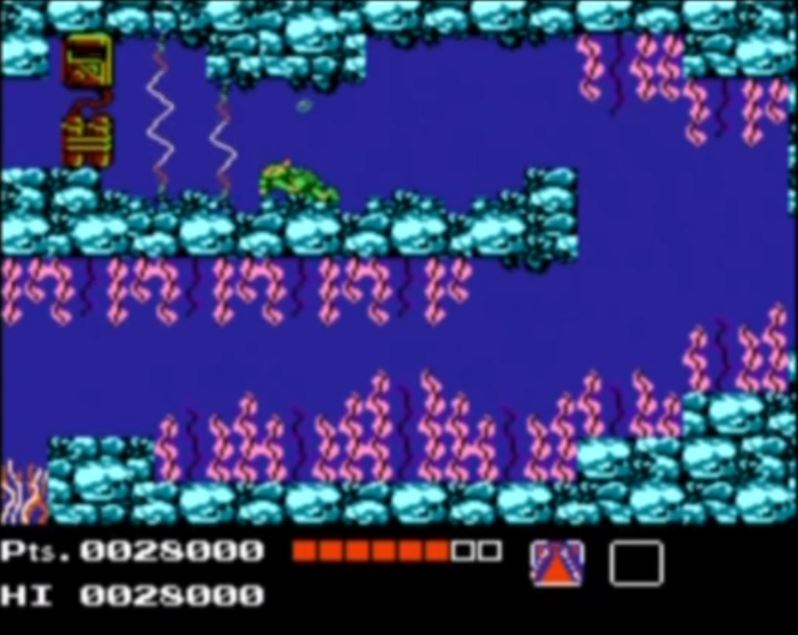 Like, what in the world am I fighting here? Who is this random man with a chainsaw, or these other dudes that are impervious when they crouch down but stand up and throw things at the turtles? Why are there giant bats and people made out of fire? How does a giant eyeball on a few legs running around survive and where did this thing come from? Shredder did have a team of warrior frogs in the cartoon, but I don’t think the generic giant frogs that sometimes appear are supposed to be those guys. What are these firebreathing suits of armor whose heads fly around when you destroy their bodies? What are these strange men that multiply into smaller versions of themselves when attacked that aren’t quite as a funny as the mini Ashes from Army of Darkness? And what are those creatures that live in the underground caves when you’re looking for the Technodrome?

I admit this is probably the most trivial complaint this column has had, but it has always bugged me about this game. Why was Baxter Stockman not in this game, either as the scientist or the fly? His mousers are present, so he has to be hiding around somewhere. Krang doesn’t make an appearance either, unless you want to make the argument that one of the regular enemies that looks like an ED-209/AT-ST knock off is supposed to be him before he got his humanoid suit. General Traag and the rock soldiers would have been good inclusions, as well as the Rat King or Leatherhead. Why make a licensed game off of a popular franchise and not include many popular and recognizable characters in favor of just random weird enemies that make no sense? These random enemies wouldn’t be bad if they appeared in their own game, but in a licensed title they seem like the developers just threw in some random enemies for the sake of inclusion without really trying to connect to the source material beyond a superficial level. 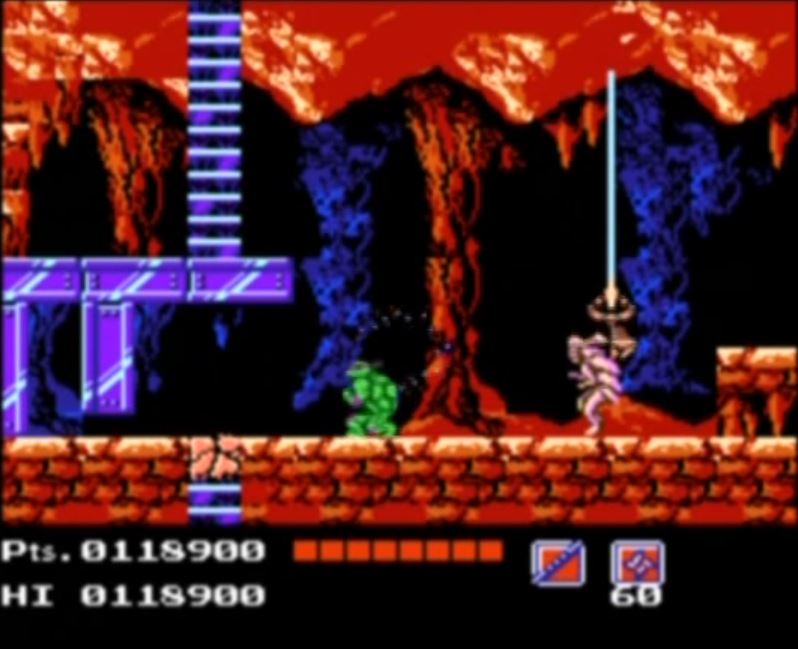 The subsequent Teenage Mutant Ninja Turtles game released on arcade cabinets felt more in tune with the popular cartoon show and were more fun games. This game, despite my complaints, is actually a lot of fun if you’re into old school platformers with an unforgiving level of difficulty. I did enjoy it as a young Ninja Turtles fan, and while I did wonder what in the world I was fighting on screen, it didn’t detract too much from the overall experience, provided you don’t expect a truly faithful counterpart to the cartoon.