We’re breaking with tradition this month. Normally with Fatal Flaws we explore a fantastic game and pick nits like they will provide sustenance. It’s a fun, therapeutic process that asks our favorite developers to do better. This time, though, we’re going to talk about an entire platform, an entire method of experiencing interactive entertainment: virtual reality. This is a topic that’s near and dear to my heart. The immersion that the platform can provide, the excitement of physically doing a thing in a world that the player inhabits, is one of the most exciting things that has entered the industry since its inception. Reading through this site, one can tell how much I care about it. Games for the platform is probably the most common thing that I write about. Well, outside of Battleborn (wink). It’s just that the titles for it are almost universally falling short of what VR can do.

Headsets have been kicking around for years, from amusement park and arcade novelties to the release of consumer level gear over a year ago. During this time, numerous developers have been trying their hand at creating a experience. Note the lack of the adjective “good.” Right now, the vast majority of VR on Steam is composed of a storefront glutted with quickie jobs pumped out by low or no budget “studios” looking to cash in on the fact that VR owners are looking for new software. Sometimes the poor quality of a title is down to the fact that the developers in question simply don’t have the resources to execute on what they want to create properly. More often than not, though, it’s a lack of care. Much like the rest of the Steam marketplace. 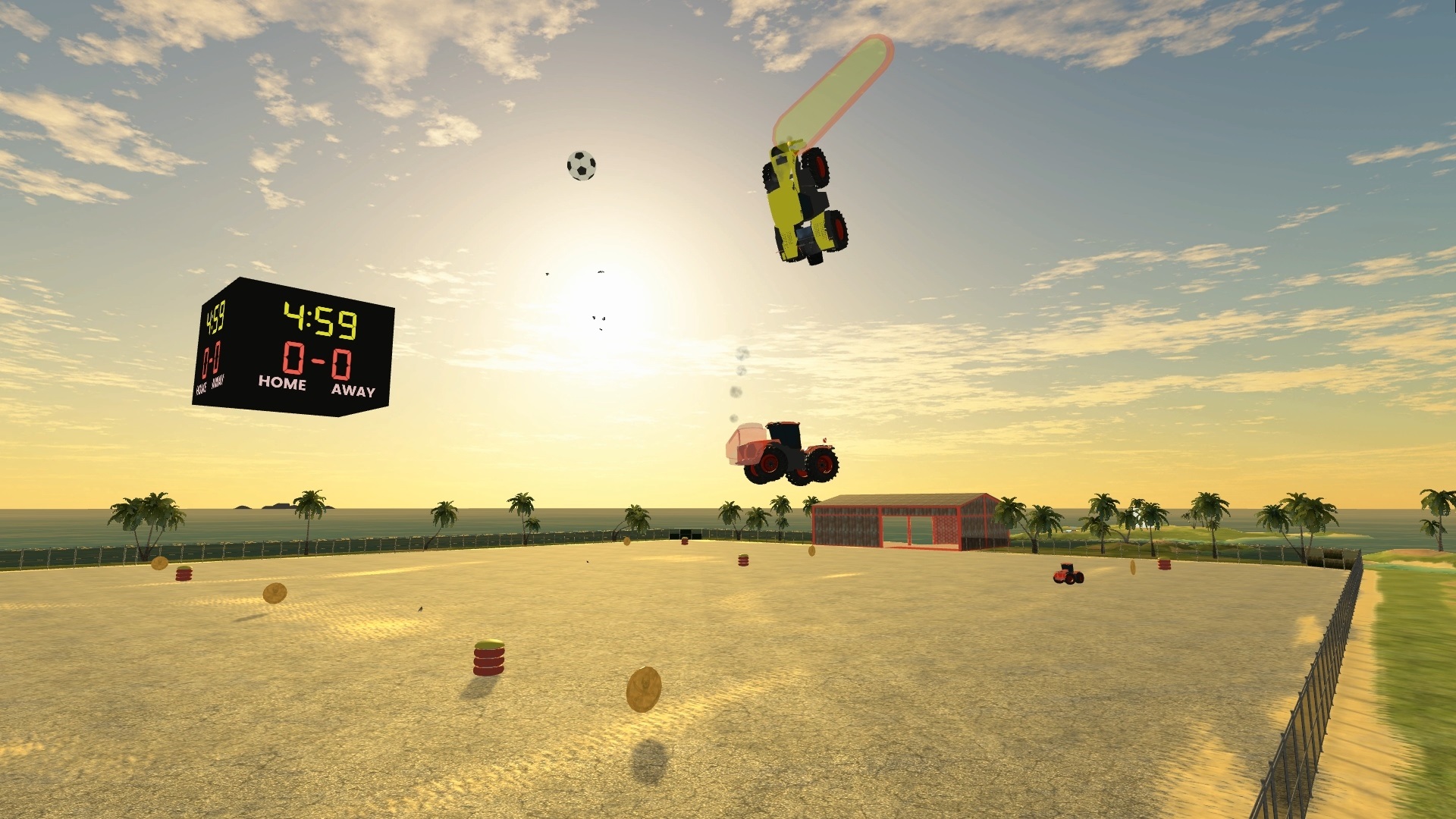 Brand new VR release on Steam, Tractorball, makes my point about people not even trying better than I ever could.

Now, this situation could be seen as endemic of the Steam marketplace as a whole, but the ratio of effort to shovelware is even worse on the VR end of things. For every superlative Raw Data, I can list twenty Grave VR tier titles that choke the storefront. Unfortunately, these things still see some business because, again, there’s a lack of content and VR owners want to play.

Why aren’t more talented developers making great VR games? The answer is that not enough people are buying the gear. Why aren’t people buying the gear? There aren’t enough quality titles. Setting aside the price, which is consistently dropping, more people would be willing to invest in the equipment if there was abundant reason to do so. There just isn’t enough, and it’s a viscious circle where one side of the equation is waiting for the other to change, and it won’t without a true platform visionary.

I’ve had some of these thoughts rattling around since before a conversation with the boss after I submitted my review for Raw Data. This is a game that I truly loved because it combined room scale motion control and frenetic gunfights. It truly is the best game on the market for showing off the potential for virtual reality. That is, with no offense intended to Survios’ excellent title, kind of depressing. In a proper world, Raw Data would be overshadowed in a few years based purely on evolution. Right now, I feel like it will be the pinnacle of the platform for a very long time yet. 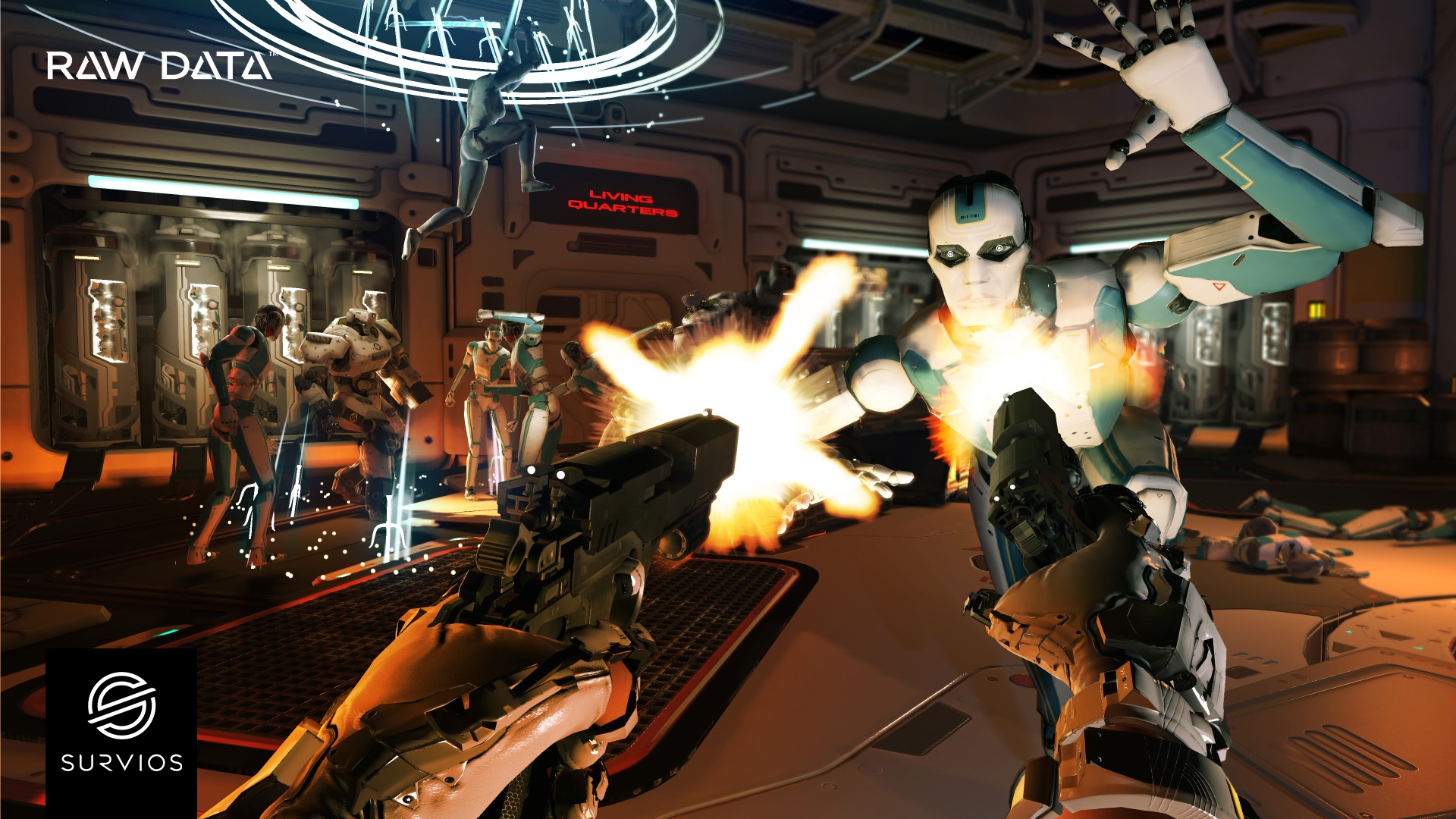 At least it is really good.

When the concept of motion controls were introduced, the first thing most people think is using it to approximate swinging a sword and shooting a gun. It’s a simple and effective way of making the player feel powerful. This type of thing was rampant on Nintendo’s Wii and they were, for the most part, terrible. It is now universally accepted that the game that truly showed off what the system could do was Wii Sports. Even that was a simplistic analog to otherwise existing past times. However, the combination of low price, the accessibility, and the “hard to find” factor made the console itself a resounding success for Nintendo, even if third party developers didn’t see much in the way of sales, Carnival Games excluded.

Virtual reality doesn’t have any of these advantages. It takes time to set up. It cuts the player off from the rest of the world. It can get sweaty. Not to mention that it’s pricy to purchase, and room scale requires a hefty amount of in-home space to use properly. This effort and investment requires an experience to make it worth it. Instead, we have numerous shooting galleries, poorly designed escape rooms, and badly handled sports titles. Very few venture outside the realm of genres already established in classic gaming forms, and they usually play worse. Consider the highly regarded Zombie Training Simulator. It’s a gallery where the player shoots waves of wooden cut outs. Given the choice, any sane game gamer would choose Doom (pick one) over this simplistic experience, and Zombie Training Simulator is rated as one of the best VR titles on Steam. This is a problem. 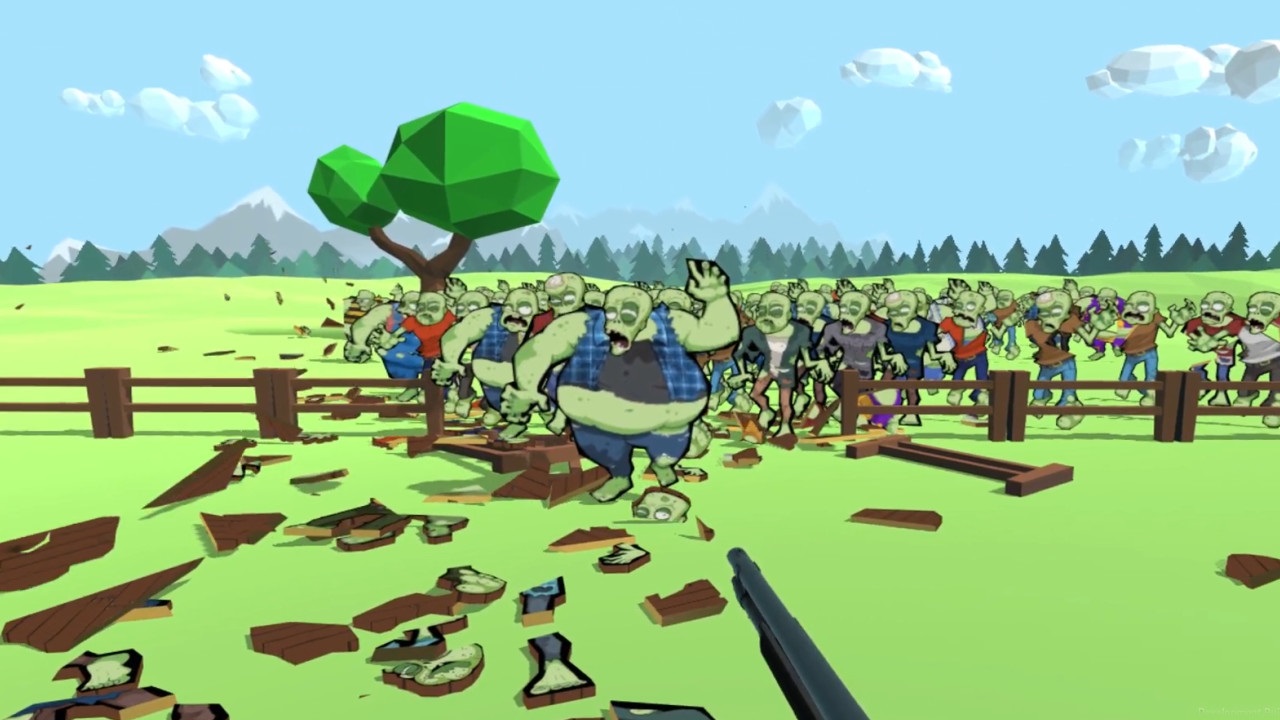 This is, sadly, considered a good VR game by the public.

There are those that believe that I might be exaggerating the issue, using some praising posts of VR titles on this very site as proof. For the most part, I’m probably the one who wrote them, and they are chosen from tons of press releases that get ignored because they don’t even meet a baseline of standards that we should expect at this point. They get curated through management and again by me if I can tell that I don’t want to give it even the luxury of acknowledgement. This might seem arrogant, but I don’t want to encourage the worst of these. I still get it wrong sometimes. For example, Mighty Monster Mayhem looked like it would be good for a basic, Rampage-like larf, only to discover that it was another poorly put together trashbaby.

For this rut to be broken, somebody smarter than I needs to emerge. More than likely, a whole new genre will need to be created. That’s not me, by the way. I’m nowhere near smart enough. The only suggestion I could give would be to point out that developers often focus on the visual and motion control features on the Vive and Oculus. There are other ways that we interact with the world around us besides looking and touching, no matter what Woody Allen says. For instance, there’s a built in microphone. Imagine a mystery title with a robust speech recognition system, where the player inspects evidence at hand and interrogates suspects directly. This could even take place with everyone in the same room, so the AI can argue with each other. It wouldn’t require heavy graphical investment, though the other tech requirements would be ridiculous. This particular idea is playing with an established genre but in a whole new way that could benefit through the immersion found in VR. When combined with room scale investigation, this type of experience would be immersive in a way that couldn’t be done on a monitor. I’d play it, at least. Somebody with a better understanding of technical limitations could come up with much better concepts, should they desire. 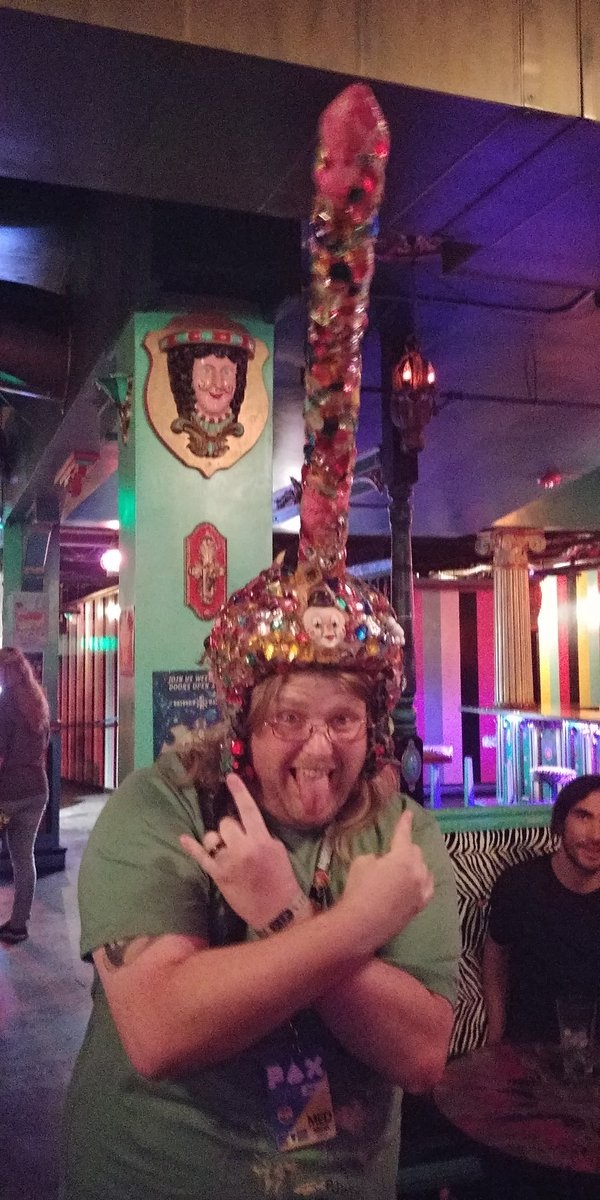 I’m too busy being a precious unicorn to have a truly good idea.

The point is that while virtual reality is still plump with possibilities, developers need to approach it with a mind divorced from existing tropes. That can be difficult when one’s livelihood comes from breathing these very same tropes to create titles that people want to play. Right now, the closest title that comes to mind that plays with the medium in a way that can only be done in VR is the upcoming Blind VR. A close second would be Survios’ next VR title, Sprint Vector, in that it basically makes folks play a version of Mario Kart that punishes them for being fat fatty fat fats (at least I felt punished). To developers getting ready to release another gallery shooter, escape room or indoor “sports” simulator, don’t be surprised if you get dismissed. There are plenty of these things where the only style is what was bought from a pre-made asset store. It’s past time for virtual reality to improve, for it to become a truly unique thing. Without some real gosh darn innovation in the space, it’s doomed. And that makes me woefully melancholy.