My girlfriend Sandra is a gamer and I have to say; it’s pretty f–ing awesome.  She has been PC gaming for her entire life.  While this does rate her highly in hardcoreness, it also means that she is completely crap at console games…for now.

Anyway, we play stuff together. So I thought I would write about it from time to time. Today’s musings are about:

A Combination of Stuff

This time I was going to write about the awesomeness of Resident Evil HD and how Sandra and I have really enjoyed playing it together over the last few weeks.  It was going to be a nice piece on arm gripping, panicked screaming, problem solving skills and all the other good stuff. Between RE:HD and now, however, some stuff has happened.  We might pick RE:HD up again at a later date.  When things calm down.

So, in the last Gaming with my Girlfriend, I wrote about Sandra’s budding addiction to Dark Souls II.  As it turns out, I was unknowingly narrating the birth of a monster.  Unfortunately, at the same time, I’ve developed demons of my own.  I’ve become addicted to a small, little known game that was released earlier this week.  I’m not sure if many have heard of it, it’s called Fallout 4.  I recommend it.  It’s pretty fun. 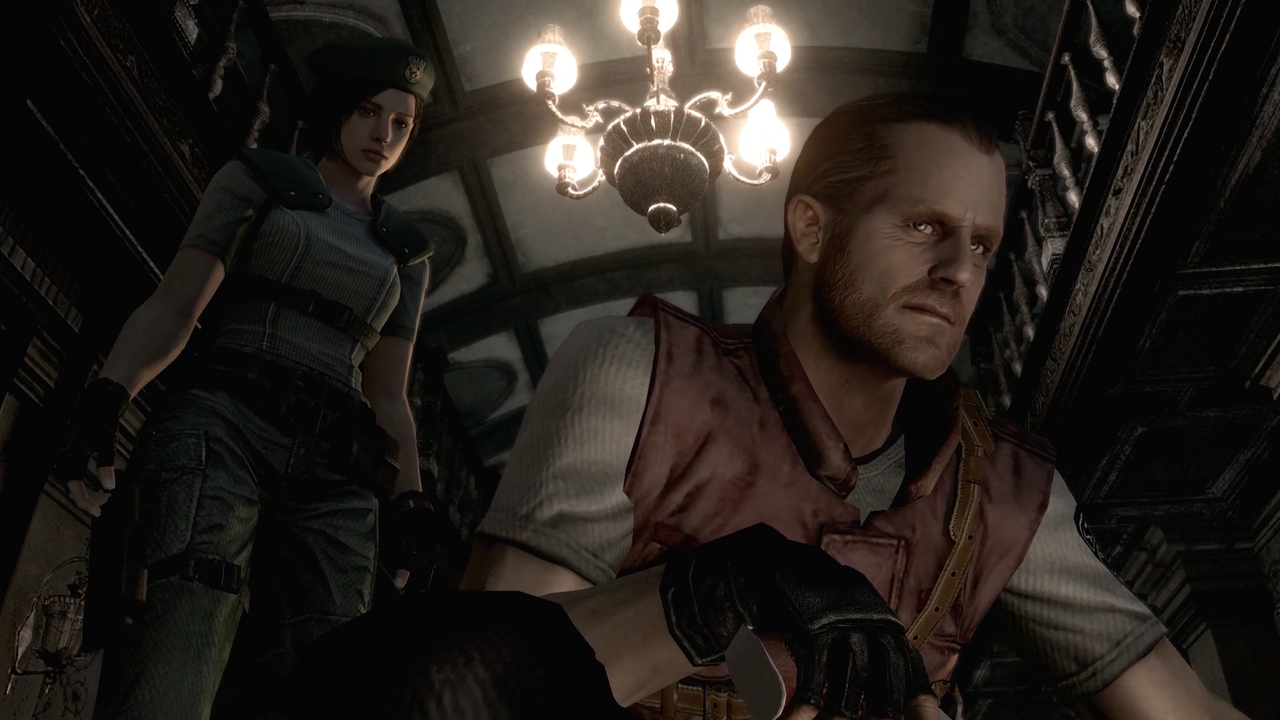 I was gonna talk about super happy times with Resident Evil. Instead, you get what you’re given.

So anyway; we aren’t actually talking at the moment.  Something about me “being obstinate” and “selfish”.  I can’t be sure.  I wasn’t listening so much as I was concentrating on hacking a super mutant in the face with a rad-ass jagged muthafucken sword.  It’s okay though.  I have Fallout.  That’s all I need.  Girlfriends are for those that haven’t played Fallout 4 yet.

Now, before we get all “Luke, you are an awful boyfriend, you should listen to her and stuff”, let’s take into consideration Sandra’s behavior too.  For example; we have only eaten toast for the last week.  All meals.  Toast. I guess it’s time for another “before we get all.”  I can see this becoming a theme so… Before we get all “Luke that was a really sexist thing to say,” let me explain. We usually collaborate on meals.  Although ‘collaboration’ usually consists of Sandra telling me what to do to make stuff that can eventually be digested, if not enjoyed.  She is a way better cook than I am.  Don’t you dare tell her I said that, though. I’m serious.

Yeah, her obsession is getting in the way of our together time.  At least I’m willing to cook stuff together, right? Only last night I had this awesome plan for noodles.  It would have been great.

Also, she is getting way too good at Dark Souls.  Like, seriously.  I was watching her the other day (I had nothing else to do because I couldn’t play Fallout) and she was absolutely wrecking.  I’m talking pro level stuff.  She was just strutting around the place, in her shiny armor, just backstabbin’ fools.  That’s not cool, right?  I’m meant to be the one that’s good at Dark Souls. I didn’t get better than her at Diablo III when she introduced me to that!

I can’t really think of other stuff that she has done.  There are lots though. Trust me. Lots.

That video is pretty epic, right?  So then, when I’m being all epic ‘n’ stuff with my sword (not an innuendo.  I actually mean the rad sword that I have in Fallout 4), she comes in and asks if she can please play Dark Souls 2 for a little bit since she hasn’t had a chance to play it because I’m on Fallout all the time. Like, what the heck?!

Okay, so I’ve realized that maybe I’m a bad boyfriend.  I might need to work on that.

So yeah, Sandra is getting awesome at Dark Souls.  I like that, even if it does cut into my Fallout time. It’s a great game and it’s really nice to see her get the same enjoyment I get from the series.  Fallout 4 is great too.  Our struggle at the moment is finding a good balance so that we can both play our new favorite single player titles, while still having together time.

It’s an interesting issue to have.