I play a lot of games and my girlfriend, Kariana, does too. We either watch each other play or play together because games are a great way to discover new interests and bubble up new fights. Most of the time, she tells me stories about different games that she’s played or wants to play and how I should play them too. Below will be a set of casual reviews, opinions, and general stories about the games we are playing and why we are playing them. So, if you are looking towards playing something with your significant other or looking into playing something new for yourself, I have quite an interesting library of games that she’s made me play. Beware, some of these will include spoilers.

So, a few days ago I was scrolling through the Steam store with Kariana sitting on my bed looking through her phone. I was looking through the horror catalog to see if anything would spark my interest when she suddenly looks up and says to me, “Have you ever played Mad Father?” I hadn’t played it but saw that it was on the Steam store for about five bucks. I picked it up and it installed in seconds. Horror games aren’t really my jam and in a way, they aren’t hers either, but she absolutely loves it when bad things happen to other people in movies or games.

Me: “Where did you even get this game when it came out? Didn’t it just come out on Steam?

Kariana: “It came out a while ago because I played it in my virtual History class back in high school. I typed ‘Mad Father full game’ into Google and voila. Then I just put it on a USB.” 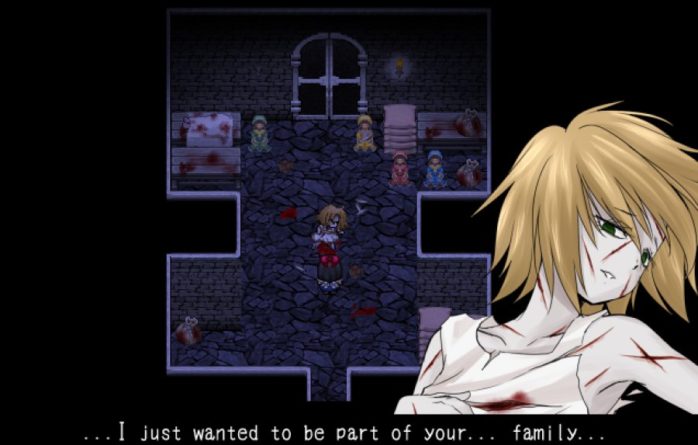 The game starts up with a young German girl named Aya and how, when the clock strikes midnight, it will be the one year anniversary of the day that her mother passed away. The father doesn’t seem to be celebrating it and instead stays in his laboratory in the basement with his assistant, a woman who it seems that he has some kind of romantic relationship with despite his daughter’s wishes. Alone in her room, Aya wakes up at midnight to the sound of screaming from somewhere in the house. Upon leaving her room, she finds that her house has been taken over by these strange zombies and mutilated people and, among the chaos, meets a strange salesman named Ogre. Ogre gives Aya different puzzles to complete in order for her to break into her father’s lab and find out what it is that he is doing down there.

Let me really begin by saying that this isn’t a game that should be played in a classroom; not that you should be playing games during class to begin with. The characters are all hand drawn, which adds to the creepiness, and each room that you enter is a new nightmare waiting.

Me: “Did no one ever tell you anything while you played this? No one thought it was weird?”

I stumble into a room with a human corpse mesh monster with full audio.

Kariana: “No, they thought it was cool as ****! Besides, the other kids were doing my homework while I did this.”

The game is riddled with jump scares and dialogue from boys and girls who were killed by her father for one reason or another. Each person you come across, unless they are an enemy who can attack you, has some kind of story as to what their cause of death is and how it’s all your father’s fault. With every questioning glare that I gave her, she urged me on, refusing to tell me the plot of the story or which ending she got regardless of me trying to reassure her that I will finish the game eventually and come to my own conclusion. 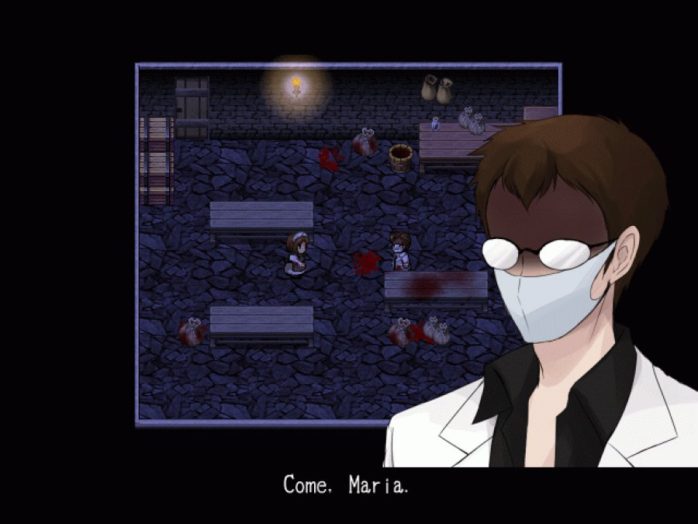 The game progresses and it doesn’t take the entire three hours for you to figure out that your dad is a pretty bad dude. He gouges out the eyes of kids and does all sorts of medical procedures on them in order to preserve them and turn them into dolls. The different rooms in the game each give you a little more insight on the true intentions of your father and what they have to do with you ultimately. Each room harbors a different secret and along the way, you interact with more people whose dialogues matter more than you could imagine. In time, you come across different scenarios that result in one of three different endings, two bad endings and one true one. I’m not very good with horror, much to Kariana’s amusement, but I managed to finish it with one of the bad endings; an ending that wasn’t very worth it but motivates me to play again for a different ending.

Me: “Did you do any actual work in this class or did you just play this?”

Kariana: “I passed the class. It doesn’t really matter now how I did that.”

Needless to say, she enjoyed my fear of entering different rooms and especially enjoyed how I tried to lower the volume while she wasn’t paying attention. It garnered quite a few real life jump scares that I really hope I will get to get her back for some day. Until then, play Mad Father with your significant other. It’s an interesting experience to play and you can argue about who got the better ending.

You can check out our review for the game here.