The last month has been a difficult one in the world of two people trying to find things to play together. While we’ve had plenty to choose from, no games have really stuck. We’ve spent a few hours in a multitude of worlds only for one or both of us to lose interest after what could be called the ‘honeymoon period’. The easiest way to cover this fragmented month is to simply list (this is the part that makes the title clever because I actually am making a list when the title includes “Listless” while it also works as a descriptive thingy about playing games listlessly which makes it relevant to the content of the article) the four games we played the most, give them a brief overview of how these games work in the romantically charged environment that is our gaming space, and rate each of them with a written description of an emote. I’m running out of ideas, okay? Give me a break. 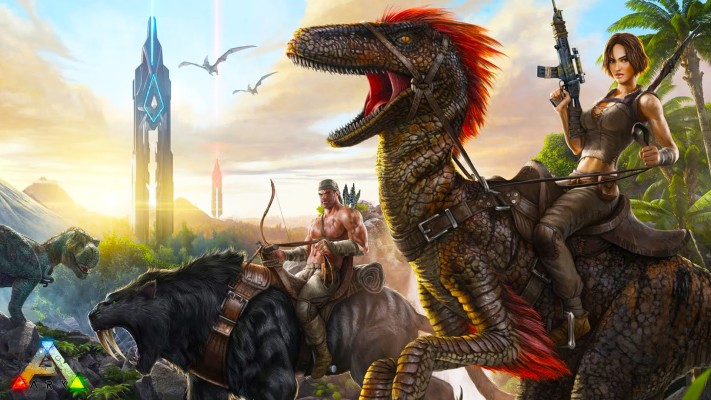 Okay, so I wrote about Ark: Survival Evolved in last month’s Gaming with my Girlfriend.  I was pretty positive about it.  We had a bunch of fun and overcame some tough challenges.  All round good times. Then we got bored for pretty much no reason. One day, we logged out after a productive time of falling down cliffs and punching everything to death, and then didn’t log back in for a fortnight or so. We’ve tried a few times to get back into it, but it just feels frustrating. We might have slightly different ideas of how to get started again, or we lose some gear and it just doesn’t feel worth the effort. It doesn’t help that our friends that also play on the server have a gigantic fortress that completely dwarfs our tiny little stick hut. So yeah.  We’ve kind of just stopped playing Ark. Sad face. 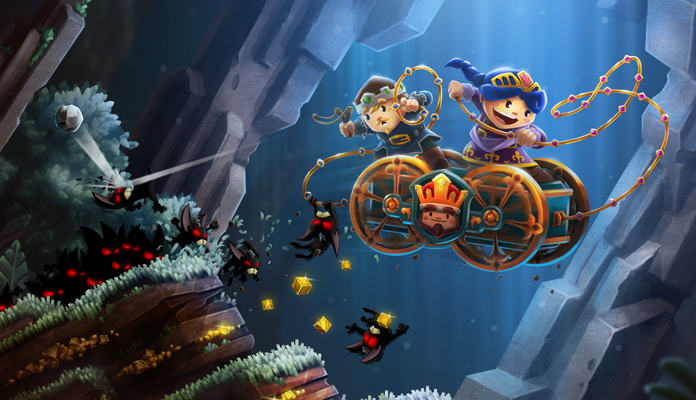 Chariot is a weird one. It’s a super cute little game that I definitely recommend to couples. Definitely, maybe. Okay, I definitely recommend it on one condition. You need to really like each other. A lot. Like yeah, we know you love your significant other and blah blah, but do you actually like them? I like my girlfriend a fair bit and I’m reasonably sure she likes me too, but we still had a few moments where I could feel the subtle rise of irritation as I bungled a maneuver for the sixth consecutive time, or when I asked how she managed to miss a particularly easy jump that caused us to lose some progress towards a collectible. So yeah, if the two of you don’t really, really like (remember, not talking about love here) each other, then maybe give Chariot a miss. Otherwise, it is great!  A little platformer that revolves around a simple mechanic requiring cooperative play to really flow well, the game can trigger that really nice feeling of working together and succeeding. That is, if you are working together and you are succeeding. If one or both of those two things isn’t happening, then good luck to you. You will need it. That Face With The Squiggly Line For A Mouth 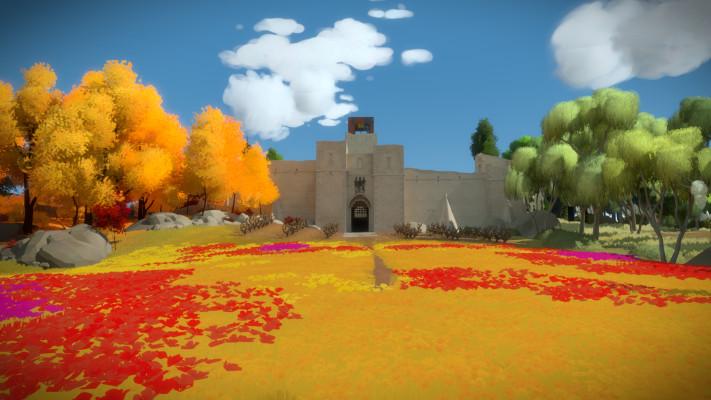 We like the odd puzzle game. Single player or no, it’s generally pretty easy to settle into a cooperative rhythm with puzzlers. So along comes The Witness: Jonathon Blow’s masterpiece. Well, long story short, I ended up thinking it was a bit crap. Yeah, I know, I don’t get it and the puzzles are too hard for me or something. At least that is what everyone and their dog has told me despite not actually being able to tell me what ‘it’ is or why the puzzles are too hard despite moving through them a fairly even rate and only getting properly stuck on those absolute bastard Tetris puzzles. Whatever the case, even though I personally think the game is a bit crap, there is absolutely no need to freak out and call the cops. I understand that I’m totally wrong and this whole thing makes me a bad person. Cool.  Anyway,  as it turns out, The Witness also isn’t a fantastic game for cooperative puzzle solving (again, this is a personal opinion so let’s all just chill). Many of the puzzles are perspective ones, reliant on being able to experiment with controls and positioning; something that can almost completely exclude the person not holding the controller. The mazes also aren’t the easiest for the second person to intuitively convey relevant directions for either. So we had a game that was a little bit crap (IMO, don’t flip) and that didn’t quite work in our particular brand of cooperation. Add those aspects together and we had a game that was slowly feeding rising irritation levels between the two of us.

Obviously, none of that was my fault (I blame Jonathon Blow) but it was there. Even so, I gamely struggled through because Sandra seemed to be enjoying herself somewhat and I like doing stuff with her. Eventually she noticed my tortured side glances at her, along with my wistful gazes aimed at my Football Manager poster (Okay I don’t actually have an Football Manager poster, but if I did, I would have been gazing wistfully at it) and took pity on me. So I was good to bail, which I promptly did. So while I was trying my absolute best at getting Torquay United into the Premier League (and failing utterly), Sandra continued to be engrossed in The Witness. It seemed like she enjoyed it. As it turns out, she didn’t think it was particularly good either. I’ve no idea why. She just said that she didn’t actually enjoy much of her time in the game and she also thinks it might be a little bit crap but she wanted to do all the stuff and that is why she played it. Her words, not mine. Tongue Sticking Out Face and Forward-Slash Face. 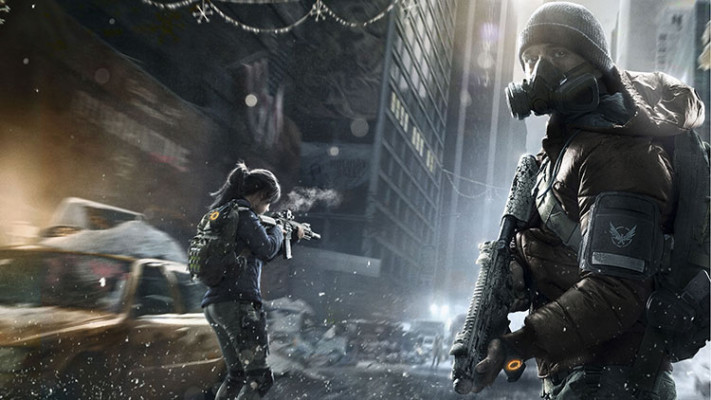 The Division came out! Yay! “This game is gonna be awesome” said everyone. Well,  said a lot of people. I’ve always been a bit worried that it wouldn’t be great so I didn’t get my hopes up. Either way, I really wanted to play it because it looked fun. So after some coaxing on my part, we bought two copies of the game and jumped in. As it turns out, The Division feels pretty average so far. We’ve played around twenty hours and nothing has really stood out as a “hell yeah!” moment. With that said, other than standing in a queue for an inordinate amount of time to finish the starting mission, the game has been consistently fun at a pretty reasonable level. We’ve enjoyed building our characters to complement one another and taking those characters to wreck noobs in the Dark Zone. Okay, we’ve been in there like once and we got jacked hard but we will totally go back in at some point and properly wreck noobs.

Either way, that way of tailoring the game to each other’s needs has been pretty fun. I die, she throws out the cool revive box thingy. Teamwork. Furthermore, while the game doesn’t seem overly complex, it fits my inclination for explosions and headshots, all the while catering to her mad loot evaluating tendencies. Overall, it is a game that we can both play and it doesn’t make us hate each other. We played some just tonight, spending a couple of hours blowing up a bunch of flamethrower dudes before happily retiring in order for me to finish off this piece. The best part is that I can see us enjoying a heap of times like this in the future. So it’s kind of unexpected, but Tom Clancy’s The Division could well be a pretty good game to play with your girlfriend. It is certainly a good game to play with mine. Happy Face.

Hah. I’ve just realized that I recommended a game called The Division as a good game to play in a relationship. Division….get it?  IRONY.

While there were other games, these were the four that were prominent in my mind when looking back over the last four weeks of relationship based gaming. I might talk about some of the other ones some other time. Anyway, I think it is safe to say that we’ve learned something after our month of almost fruitless searching. Choose games that don’t make you not like each other. Easy.