After our last post, my girlfriend and I sat down to decide what games that came out in February we should play and give our collective thoughts on and in doing so came to the conclusion that, “damn, games are really coming at us hard and fast.” With this in mind, we finally landed on titles from last month. Rookie developer Infinite Fall’s Night in the Woods and seasoned veteran Team Ninja’s take on the Soul’s franchise, Nioh.

As I mentioned in last month’s post, my girlfriend and I are big fans of playing adventure games together. Passing the controller back and forth between scarfing down seasonal Reese’s candy is one of our favorite pastimes, and Night in the Woods scratched this inch for us. First off, Cheyenne and I are from the Ohio, the bread and butter of the Midwest, so a lot of what is in Night in the Woods quite literally hit home with us. We’re also both in college, so Mae’s tale of coming back home to escape school again spoke to us. Aside from this, the overall experience of playing Night in the Woods together was one of the best experiences with games we’ve had in quite some time to say the least. 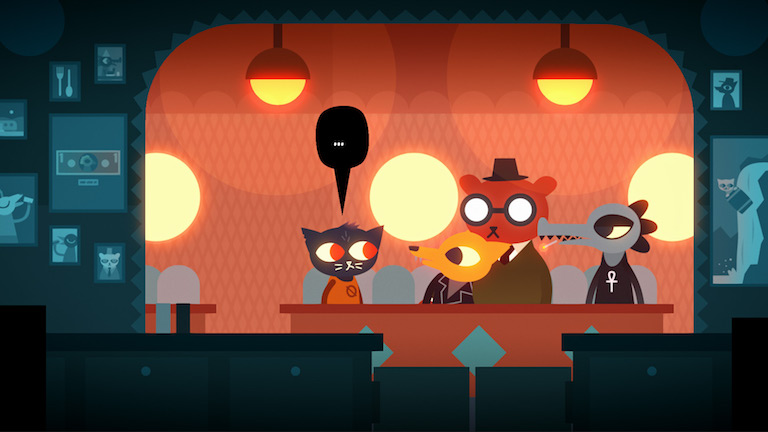 The first thing that drew me to Night in the Woods was its art style, and I think it’s safe to say Cheyenne felt the same way. The adorable animals, whose animations only serve to add to their individuality, constantly had us laughing and point out which one of our friends would be what personified woodland critter. We also had a fantastic time passing the controller back and forth during mini game segments which inevitably featured me playing bass whenever prompted as she refuse to let her Guitar Hero chops be tested. We handed one another the controller essentially the beginning of every new in game day which in the end really diversified who we choose to talk to and hang out with throughout. I was always up for talking to the self-loathing alligator Bea while Cheyenne never skipped a chance to talk to the arm waggling Gregg. This difference in who we decided to would play each segment really allowed us to grow relationships with various characters and by the end gave us a good feeling that we had gotten to know all of Mae’s inner circle of friendships.

The most important aspect of playing Night in the Woods together, however, was the constant discussion we had while we played. Thoughts that might have just run through my head about certain conversation between characters or symbolism in the town’s various locations often had us pointing out things the other might have missed. The subtle nature of the storytelling lends itself to having a conversation with someone right afterward. Just like how coming out of a theater and being able to instantly break down a movie with some buddies is always to best way to discuss a film, Night in the Woods is perfect for an instant review between one another. Together Cheyenne and I came to the conclusion that experiencing Night in the Woods with someone else is the best way to play this cat-lead adventure. 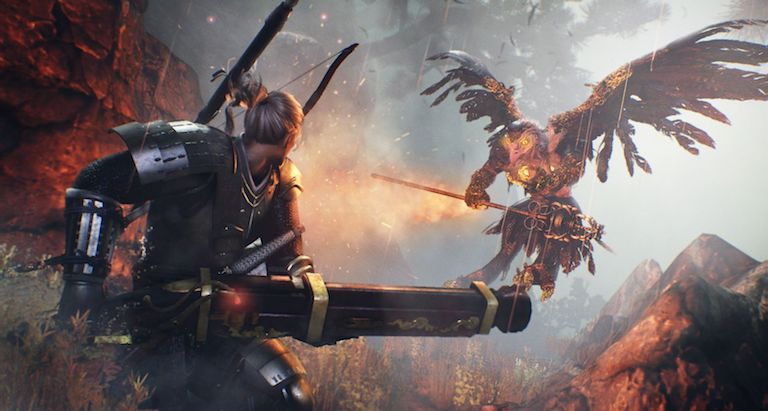 A game that doesn’t lend itself to this type of thinking is the Soulslike action game that takes place in feudal Japan. I’m of course talking about Nioh, which while a fantastic game in its own right, doesn’t do synchronous multiplayer the justice it deserves. Whether it’s because the game would be too easy or that it’s just not as thrilling to play though entirely with another person, Nioh doesn’t allow you to coop a level with someone else until you’ve already beaten it yourself. Previous alphas and betas of the game allowed this to be done, but the final product was left without this feature. Creative director at Team Ninja Tom Lee explained this decision to Kotaku saying, “you cannot co-op through the entire game because that would make it too easy for players to beat the game,” and that, “we want players to experience Nioh in how it was intended to be. We allowed players to co-op anytime in the last trial demo only because of the limited stages and time to try out the demo.”

I understand this on principle, but in practice it sucks that I can’t co-op one of my favorite games of year with my girlfriend. Sure, it might be easier, but I could still have an enjoyable experience with it despite that. It also would’ve been a super solid entry point for her into a genre of games that is starting to become a real factor each and every year. I get the purity that comes with these hard to master games, but the whole “Git Gud” mentality is a turn off for a lot of people and playing co-op would be a way to build a bridge over that chasm. Nonetheless, Nioh is a fantastic single player experience which she caught a lot of from the sidelines.

So, that’s it for this month, I’m sure we’ll have lots to talk about in the coming weeks with the endless glut of huge, awesome games coming out right now. Also, Orisa just launched to the public so… might as well try her out for a few dozen hours.