If you like difficulty and frustration mixed with mutual blame, then do what Sandra and I did this month and play Don’t Starve Together. The co-op version of Klei Entertainment’s well received 2013 open world survival rogue-like Don’t Starve, Don’t Starve Together is a brutal adventure into a nightmarishly exuberant world full of spiders and manure, flowers and demons. Since their initial releases, DS & DST have been updated with a whole bunch of content and expansions and whatnot. We decided to try the game out for our first time.

Did I mention that the game is brutal? Like, seriously. Don’t Starved is an absolute crap-fest of death and despair. We’ve started about fifteen games in the past month and it feels as though that, despite learning exponentially more about the game, we still survive a few days on a knife edge before finally losing balance and succumbing to a giant, legged eyeball or something. Seriously, giant, legged eyeballs are a thing. Giant, giant legged eyeballs? Giant, legged, eyeball giants? Giant eyeballs with giant legs? Whatever, they are big and so are their legs. They are also terrifying. 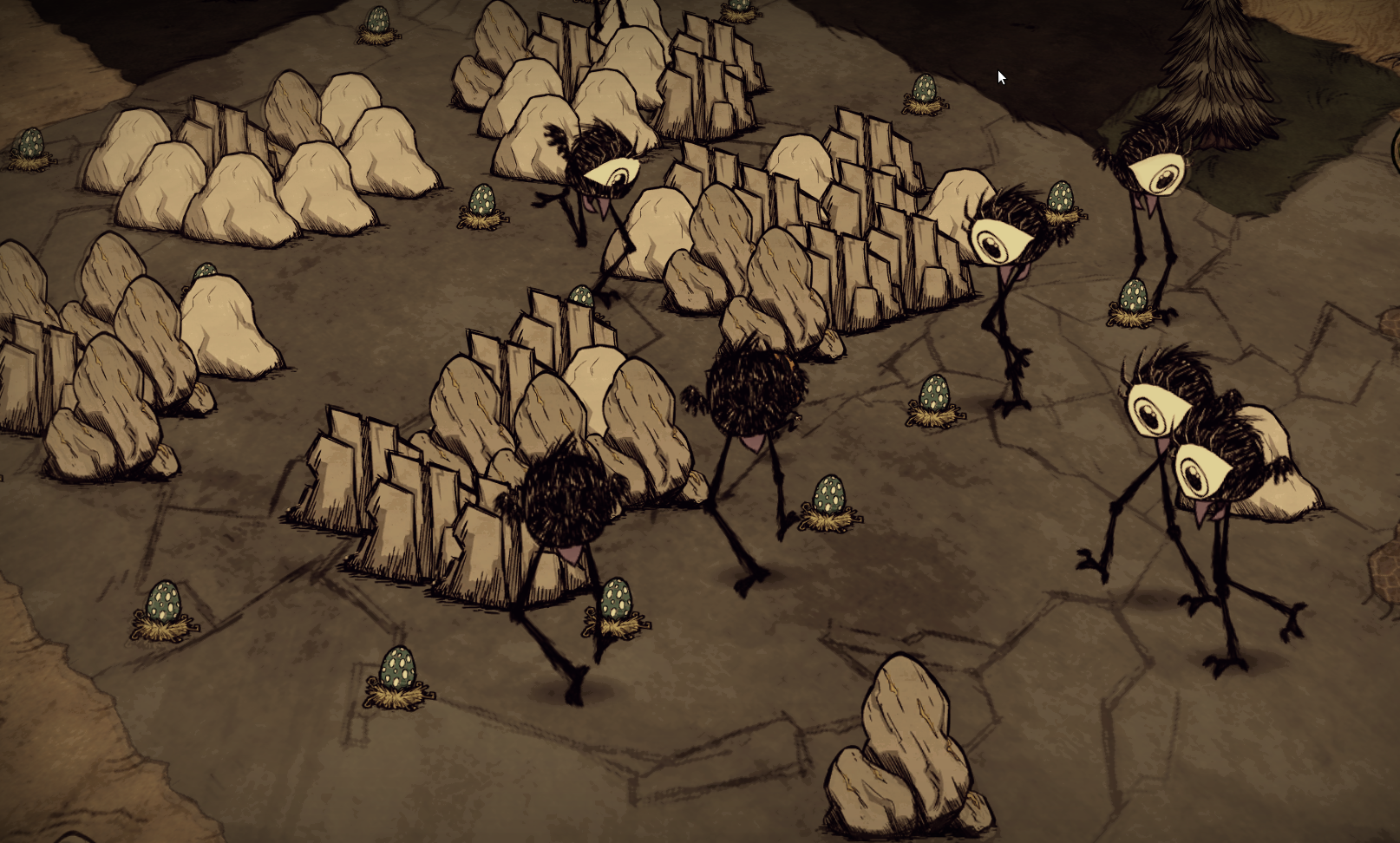 We tend to go into games like these with very little preparation. We don’t look at strategy or crafting guides, we don’t look at enemy types, hints, tips, whatever. We just dive in. Diving into Don’t Starve Together just ends in death. It’s freaking great. I’ve not had so much fun dying in a game since a guy in Battlefield 3 called me an intellectually impaired primate enthusiast (in significantly more vulgar terms) and I spent the rest of the twenty minute game flying my jet into his helicopter at every opportunity (he started it!) while cackling madly.

I personally love games that have that constant threat of loss hanging over the player’s head. Well, Don’t Starve Together really fits the bill. Forget to build a fire before nightfall? Dead. Stand too close to a harmless looking toad? Dead. Run to your girlfriend before nightfall because she said that she has enough torch life to survive the night? Dead. Explore a hole? Dead. Fail to make a garland of flowers to wear? Dead (after a period of insanity). Build a bunch of expensive machinery in order to benefit yourself and your girlfriend and ensure the continuation of your lives and then allow her to approach the machinery? Dead. You get the point.

Anyway. Co-op stuff with girlfriend, right. So Sandra plays as a girl who has a teddy and a lighter who needs to stand near fires regularly to stay sane. Pretty reassuring stuff.  Well, I played as a Canadian lumberjack dude who needs to eat timber occasionally or he will turn into a giant beaver.

I’ll just let that sink in… 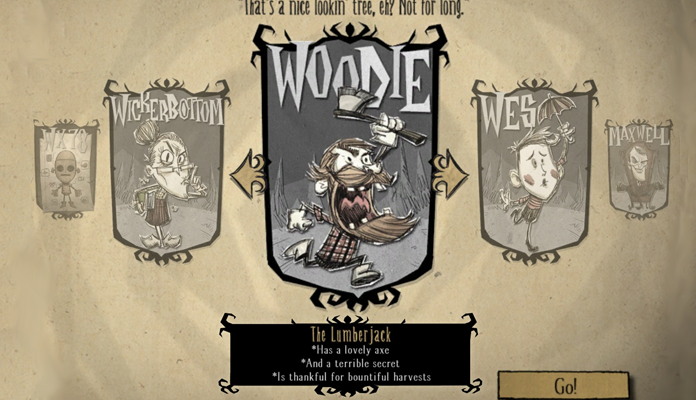 To be honest, we spent very little time in the same screen. In Don’t Starve Together’s version of co-op, the participants are basically doing their own things during the day and collaborating at night. “Collaborating” meaning “huddling together at the fire.” In fact, most of my interactions with my most lovely Sandra ended in the destruction of property and/or my death.  The most notable occasion was alluded to earlier in the piece. Her character, when lacking in sanity (a measurable resource in the game), is a compulsive fire lighter. We discovered this after I had just finished constructing a series of resource intensive machines to improve our quality of life. Sandra returned to the camp and subsequently lit the aforementioned machines on fire, the flames eventually trapping me as I panicked and died. Teamwork.

I’m sure I can’t think of anything I did that resulted in our death.

With all of that said, we had a bunch of fun together. Pure enjoyment and satisfaction squeezes itself between the screams, panic and death. If you want to jump into an easy, casual game then Don’t Starve Together is not the game for you. If you and your significant other want to climb into a game that requires you to learn and grow together, then give this game a go. It really is bloody great.