Even though at this point giving any coverage to Super Seducer to discuss how its terribleness is like using a dead horse to beat another dead horse it would somehow be inappropriate journalism if I didn’t write about playing this game with Wanda. For anyone who is fortunate enough to be ignorant of this game, skip down a couple paragraphs, and anyone who has knows how truly bad it is. And when we say bad we aren’t trying to get into a feminist crusade against the Super Sedoucher, we say it’s bad because the gameplay just isn’t fun and the full motion video acting is like low budget SyFy channel original programming quality.

We progressed through the game, naturally choosing all the bad choices and laughing at them like who is going to be stupid enough to try these? I ask that rhetorically since I’m sure there are idiots out there who meet a woman and the first thing they say is they want to have sexual relations with them or try to drop to the ground and look up her skirt, but even the most socially inept individual with a modicum of common sense and intelligence knows these are bad choices. Some of the right choices weren’t much better, since at a coffee shop La Ruina’s character was regaling his fair victim with his tales of being a billionaire real estate broker who just sold Donald Trump a new building or some such nonsense along those lines. We were mainly laughing in disbelief because this pick up technique seemed to actually be working. 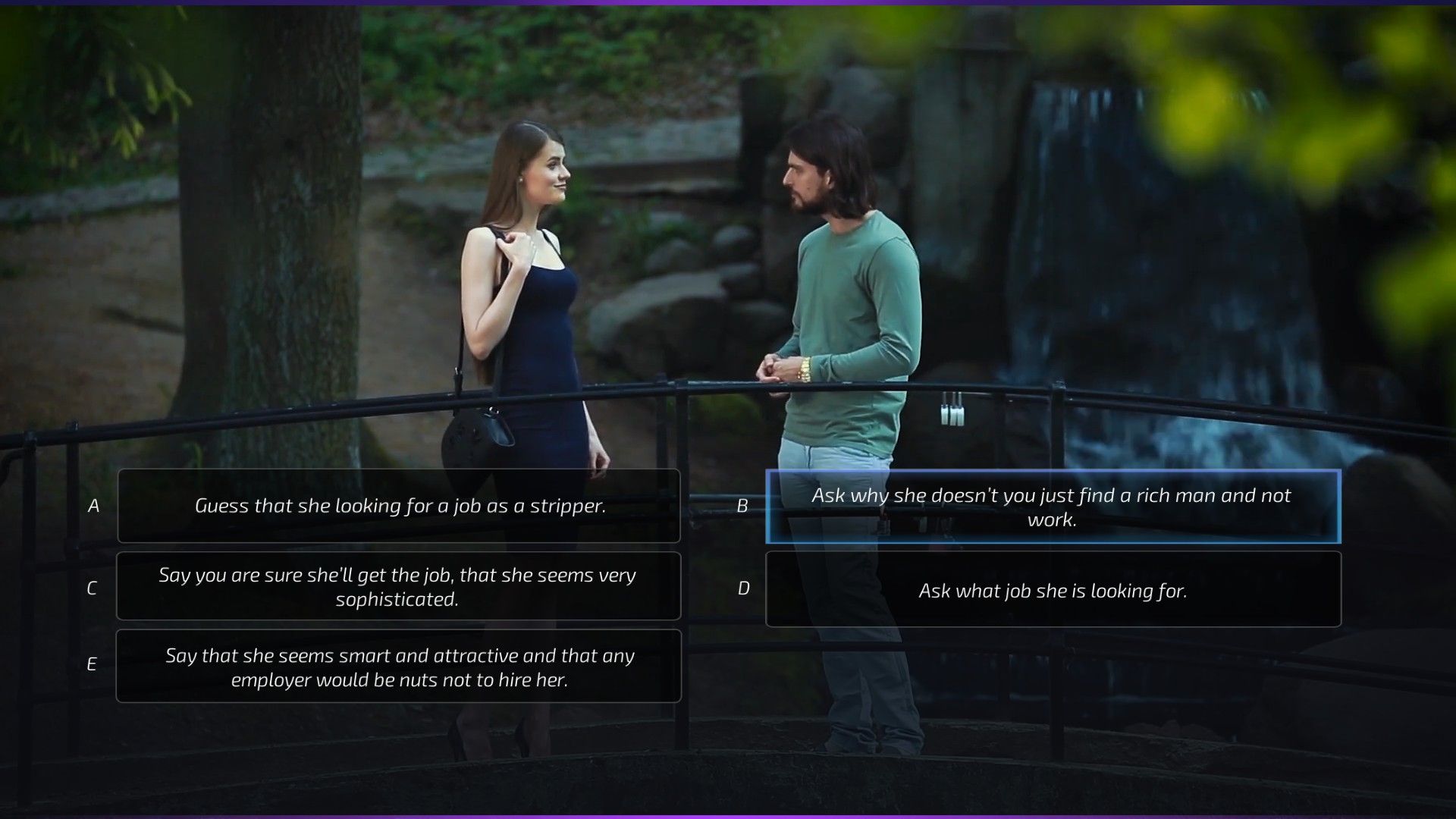 I’ve been having quite a bit of fun trashing the game since it’s release, but I wanted to go beyond that. What I really wanted to do was go out to the local watering holes and try to pick up random women using the techniques the game taught me. Wanda of course shot down this idea immediately and seemed kind of angry that I would even suggest trying to go hit on other women and seducing them. I assured her no cheating would actually occur because I have zero confidence in these techniques actually working, but nonetheless this plan was about as popular as the Westboro Baptist Church at a gay wedding. Wanda never lets me have any fun.

To get out of the doghouse I decided to take the low road, which is going back to making fun of Super Seducer to redirect the focus back to the douche baggery of the game’s creator to gradually push my ill advised scheme out of her head. I did find an article online where he was praising Eastern European women and about how he has a Russian wife ten years his junior. We went to YouTube to search for a video of him unboxing his bride when she arrived in the mail but sadly we couldn’t find one. Either way, the fact that I spent the time searching for that seemed to amuse her enough to get me out of trouble. 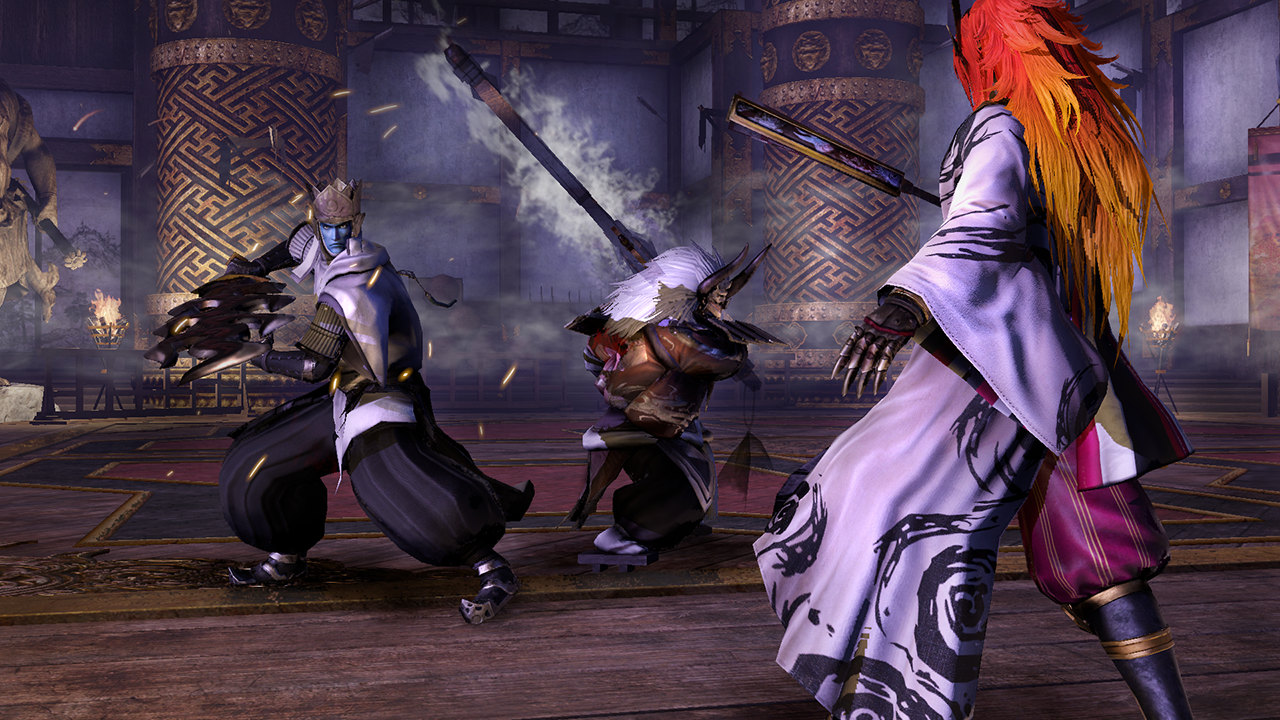 Now that I have had enough Super Seducer to last me a lifetime and will never write about it again (Editor’s Note: You said that after the last thing you wrote about that game after you started the article saying you didn’t want to write anything about it so people would forget about it. You are full of nothing but false hope and empty promises) we decided to move onto a better game. That doesn’t really narrow it down since that is pretty much every other game in my collection, so we decided to go with Samurai Warriors 4-II, which is the game where Koei Tecmo stuck to Square Enix, showing them they aren’t the only company that can combine Arabic and Roman numerals to create a numbering sequence that makes zer0 sense.

Samurai Warriors 4-II is a traditional Dynasty Samurai Warriors Orochi game where the players just run around Japan and hack thousands of enemy soldiers to death. Virtually no thought is required in these sort of games and they can be a good way to whittle away a few hours with a friend or loved one. We played through the game for a few hours, enjoying ourselves through the game and just spending time together. We were content in each other’s company without any conversation; at least I am going to claim that is what was happening and she simply just wasn’t speaking to me because of the aforementioned Super Seducer nonsense. She did proofread this article, so she can’t be that mad at me, right? 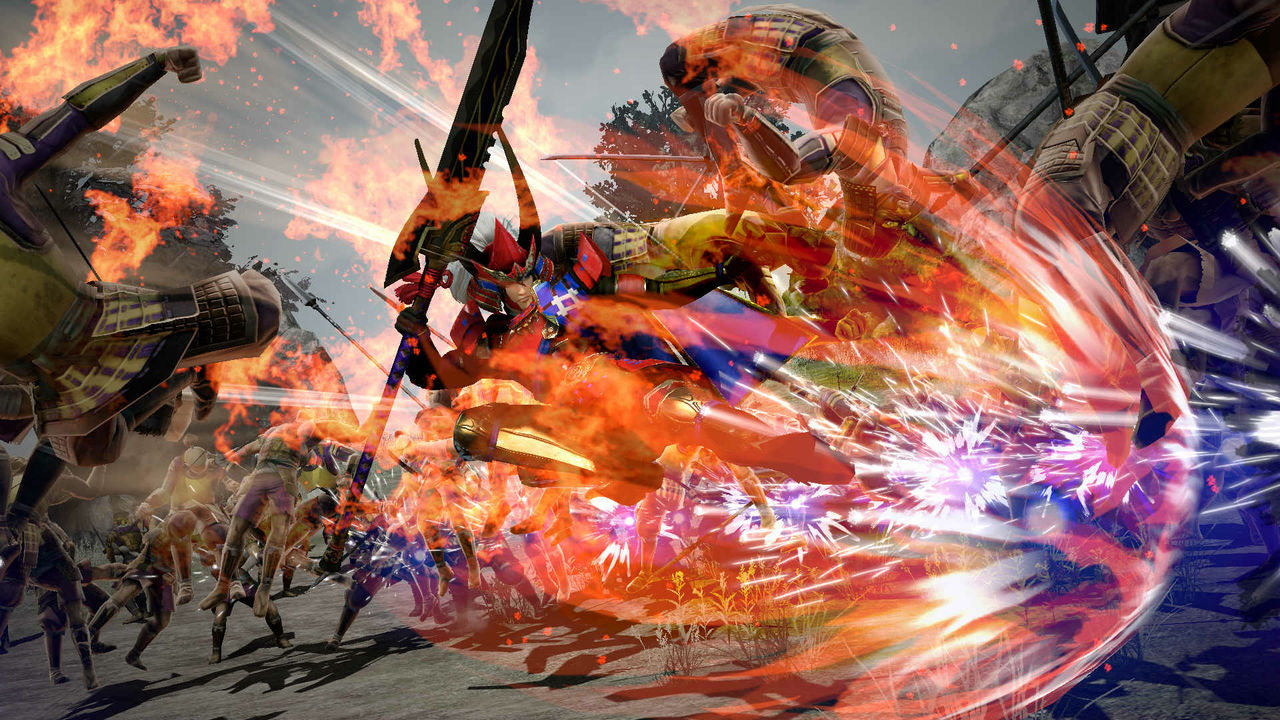 We’ve actually played various Warriors games together throughout the years, the first being Samurai Warriors II on the Xbox 360. Even though she will never be as hardcore of a gamer as I am, we have been able to enjoy these type of games together every so often. Most of them are straightforward enough to be quite relaxing, even though Samuari Warriors 4-II feels like you’re really a mouse trying to navigate a maze with all the random missions popping up on the map and gates that never want to open. We enjoyed our time with both games this month, even though only one of them we actually liked.