The changing colors of the leaves signify that as the days grow shorter and the temperatures colder, everything comes to its inevitable demise, including my Summer fling. But in the vicious circle of life death is followed by birth and that is where I met Selene Sionnach Pine. I met her through her involvement in some minor league wrestling thing and there is just something attractive about a woman that can kick my butt, but what really sealed the deal is that she is the first person I’ve met who is a big fan of the now defunct industrial metal band Diet of Worms. She is also an avid fan of Nintendo 64, which takes us to the day we spent together that you get to read about.

Looking back on older consoles we tend to just remember how cool the games were at their time of release and tend to forget how much we really needed the modern conveniences we didn’t know we needed. Selene’s transparent purple N64 matched the highlights in her hair, but in order to get the now standard vibration function she had to attach a Rumble Pak to make the controller come to life. Corded controllers were the standard up until the last console generation, and even though the cords were longer than the much lamented NES Classic controllers, we had to use an extender so we could comfortably sit on the couch and drink our Hendrick’s gin and water, no sitting on the floor for us.

In a role reversal where I usually write about single player games where I play and someone else observes and comments, Selene wanted to play some Ocarina of Time. She approaches open world games with the same mix of being easily side tracked and feeling compelled to complete every optional side quest. Her current mission was to track down every last Gold Skulltula without going online and using a guide to show her all their locations. Instead of using my rarely successful method of just trying to remember everything, she ended up keeping a notepad handy to take detailed notes on everything she was supposed to be doing or what places she wanted to go back and revisit. 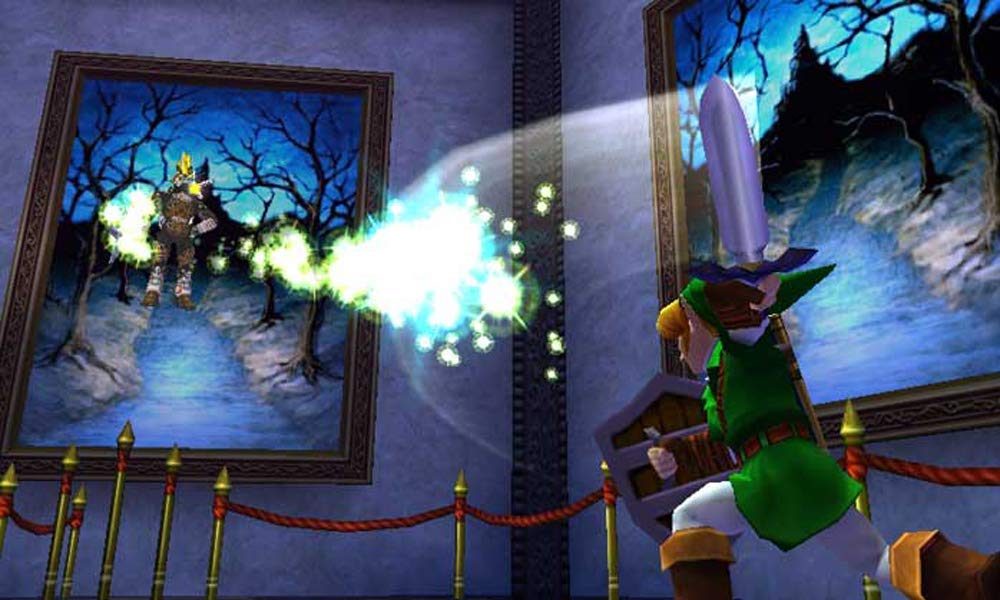 Selene had a few different characters and saved games in progress and wasn’t sure which one to start. Gauntlet Legends was a game I owned for the original PlayStation once upon a time but I think the last time I played it wasn’t too long after the PlayStation 2 came out. She went with her red valkyrie she named Rogue, like the X-Men character, and I went with her green warrior named Ronin, like the samurai who serves no daimyo. After selecting our characters and starting the game I quickly remembered why I rarely played the N64 and only for the exclusives. The N64 is where I went from Nintendo fanboy and started my love/hate view of them as Nintendo remains to be a force of innovation in the industry with some great first-party titles but also do a number of things that make me want to bash my head into a brick wall. The modern art masterpiece that is the N64 controller fits into the latter category. To be fair, gaming in a 3D world was still a new concept at the time and it was a few years before the whole dual analog thumbsticks where one controls the camera became the standard but man I hated that thing.

Getting into the actual gameplay, Gauntlet Legends was as mindlessly fun as I remember it being. I remember the first time I played a Dynasty Warriors game that it felt like the next step in evolution of this type of gaming experience. We ran around through the various different colored worlds and killed countless little demonic beings. We jokingly started a drinking game where every time the game stated one of our characters needed food we had to drink, and if we didn’t say “red valkyrie needs booze,” we had to take another drink. I swear that writing this column and various gaming press events will give me cirrhosis, and listening to folk metal bands like Eluveitie and Goblin Hovel over the game music probably isn’t helping. Games like this can be mind-numbingly dull on single player, but somehow couch co-op makes it easy for them to eat away at an entire day. And eat away at the day it did. How many hours passed specifically on this game cannot be stated, but if the bottle of Hendrick’s was to serve as a barometer, it made the complete transition from full to empty. 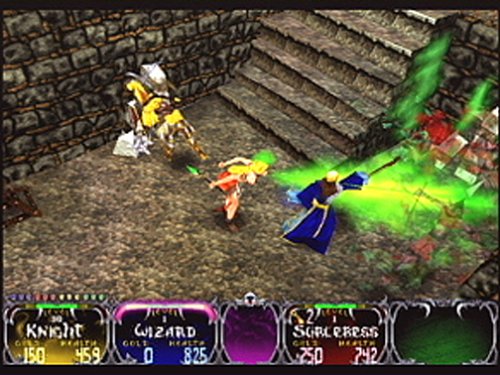 Having now played a few different styles of social gaming with a few different women, I’d have to say the couch co-op approach is the most enjoyable though they all have their purposes. Online gaming is a good way to communicate if you’re separated by distance or traveling a lot and having one person play while the other is a spectator allows them to either provide help for the one who is actually playing the game or multitask and spend some time taking care of their own activities. Regardless of how people use video games in their relationships, having a significant other that either shares the hobby or at least supports your enjoyment of it is priceless.