Recently Wanda and I indulged in a night of heavy drinking and Mario Kart. This is not only one of the few acceptable forms of drinking and driving, but also a highly encouraged one. The events of this night will make for a good addition to this column, but instead we choose to go with a more disappointing route. The announcement of Final Fantasy VII Advent Children is one of the biggest disappointments in video game history. Not because it was such a terrible movie (Editor’s Note: No, but that doesn’t help), but because once the HD photos of Cloud and Sephiroth surfaced, everybody thought and hoped it was a Final Fantasy VII HD remake since we saw bad the original looked on a 1080P display. Or at least a new game in the vein of Final Fantasy X-2, but instead of drawing inspiration from Charlie’s Angels, we would have Tifa, Yuffie and Aerith put their own spin on Weekend at Bernie’s.

The film begins at the scene from the game’s ending that takes place 500 years in the future, and then flashes back to 498 years in the past, because why just say two years after the events of Final Fantasy VII. Familiar settings in Midgar are present, as are the familiar characters. There is a plague that is spreading of some disease called Geostigma, essentially fallout from the events that involved Sephiroth, a meteor and a bunch of materia and Jenova cells. If we want to continue with my theory that mako energy is essentially supposed to represent our dependence on fossil fuels where we are afforded many conveniences and comforts while we gradually kill the planet and accelerate our own path to extinction, Geostigma could be long term effects of radiation poisonings, nuclear fallout or just random ill effects of chemical weapons or an increased toxicity of our environment. 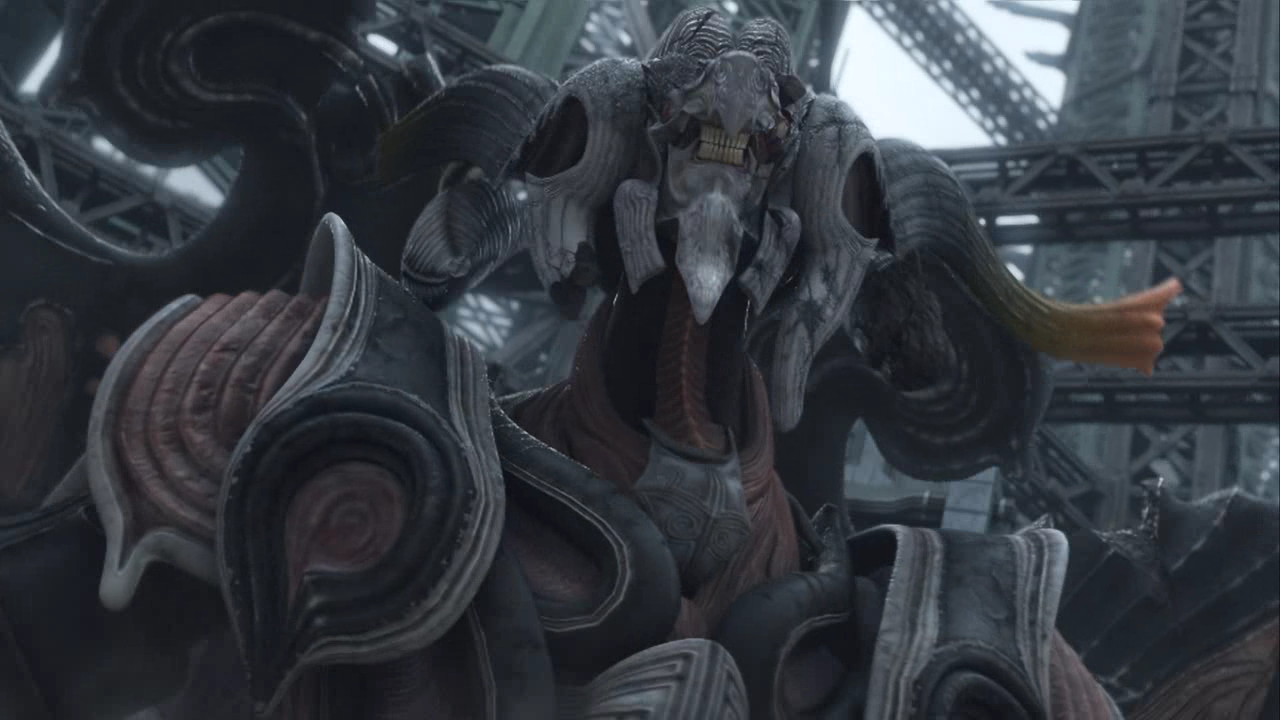 Certain characters are a little different than I recall them in the game. Reno and Rude are back as Shinra’s well dressed hired goons, though their roles in the film have taken on a comic relief role, where these bumbling toughs end up doing cartoon slapstick routine while characters who appear higher on the billing end up with much more impressive stylized anime battle sequences. President Rufus Shinra is also a lot less dead than I remember him. Sure, he has a sheet over his head and in a wheelchair but definitely not dead. He tries to explain how he escaped being in the tower when we clearly see it and everything inside it being incinerated, but Cloud talks over his explanation. While we don’t get a satisfying explanation for why he is alive, I interpret this exchange as the writers basically saying “yeah we don’t know how he’s alive either so let’s just kind of trail off and mumble so people can’t shoot holes in whatever explanation we come up with.”

Some new characters that join the fold are a trio of Sephiroth clonelings. They aren’t quite full Sephiroths (Sephirothses? Sephirothen? Does anyone know the proper plural of Sephiroth?) but we get the idea that’s what they are. The unofficial leader of them, Kadaj, prattles on about mother and her picking someone, he kind of reminds me of what might happen if someone tried infusing Gollum with Jenova cells. Kadaj ends up preaching to a crowd of children afflicted with Geostigma like a snake oil slinging faith healer at the Forgotten City in hopes of amassing his own children of the corn type of following. He also talks about the reunion, but we should remember how that worked out for Sephiroth. 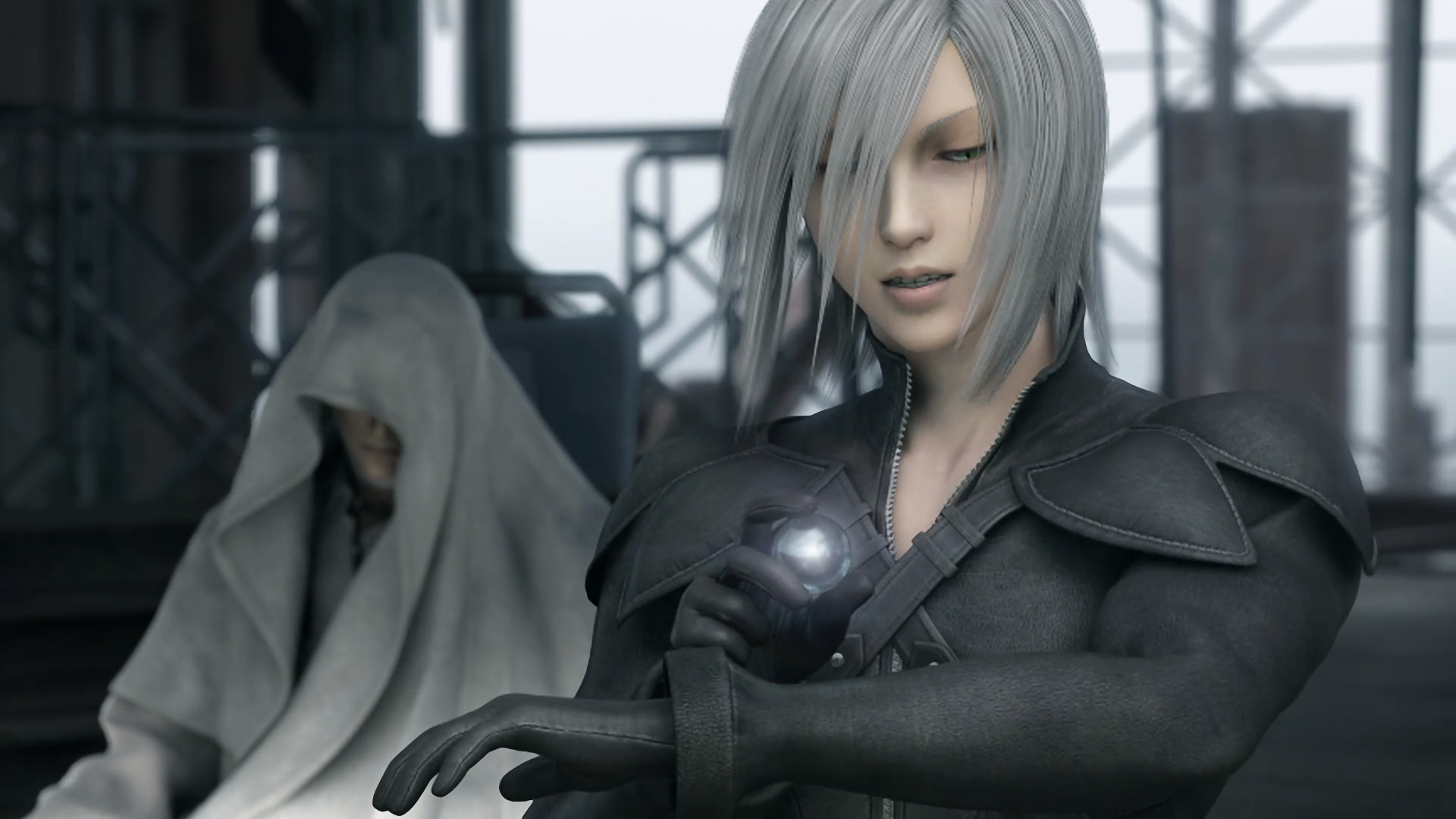 Final Fantasy VII Advent Children is quite an impressive specimen of an audio visual spectacle. The CGI is top notch for 2005 video game standards, and hearing the original music alongside revamped pieces from Final Fantasy VII, especially hearing the metal version of One Winged Angel, which was a nice way to make the most recognizable Final Fantasy song sound new again. The new pieces had a nice industrial metal vibe to them, which me and Wanda both appreciate. The fight scenes were quite impressive, whether it was the battle in the forgotten city, the fight in Midgar against Bahamut sin or the new battle between Cloud and Sephiroth. References to the game were in abundance, whether it be the victory fanfare ringtone or Cloud and Tifa working limit break animations into their fight scenes. This movie went the extra mile to cater to hardcore fans of the game with numerous references.

Final Fantasy games are renowned for their great stories, and that is actually one of the biggest weak points of the film. Wanda wasn’t really sure what was supposed to be going on and commented that the movie is really aimed toward fans of the game. I replied yes it is but it doesn’t make any damn sense to me either, and I have completed the game several times. We watched Reminiscence of Final Fantasy VII and we both agreed the story was much easier to follow and much more clear than the movie, though calling it the Cliff’s Notes version of the story told in the game is being generous. This film short serves better as a refresher crash course than as a substitute for playing it, and the best part of watching it was when I could point out why Rufus is supposed to be dead. Final Fantasy VII was one of the strongest examples of excellent story telling in video games when it was released, and still holds up very well today. Advent Children does not come close to the level of the game in the story department, and before we say we’re contrasting a less than two hour movie to 60 hour game there are plenty of movies that excel at story telling in under two hours. 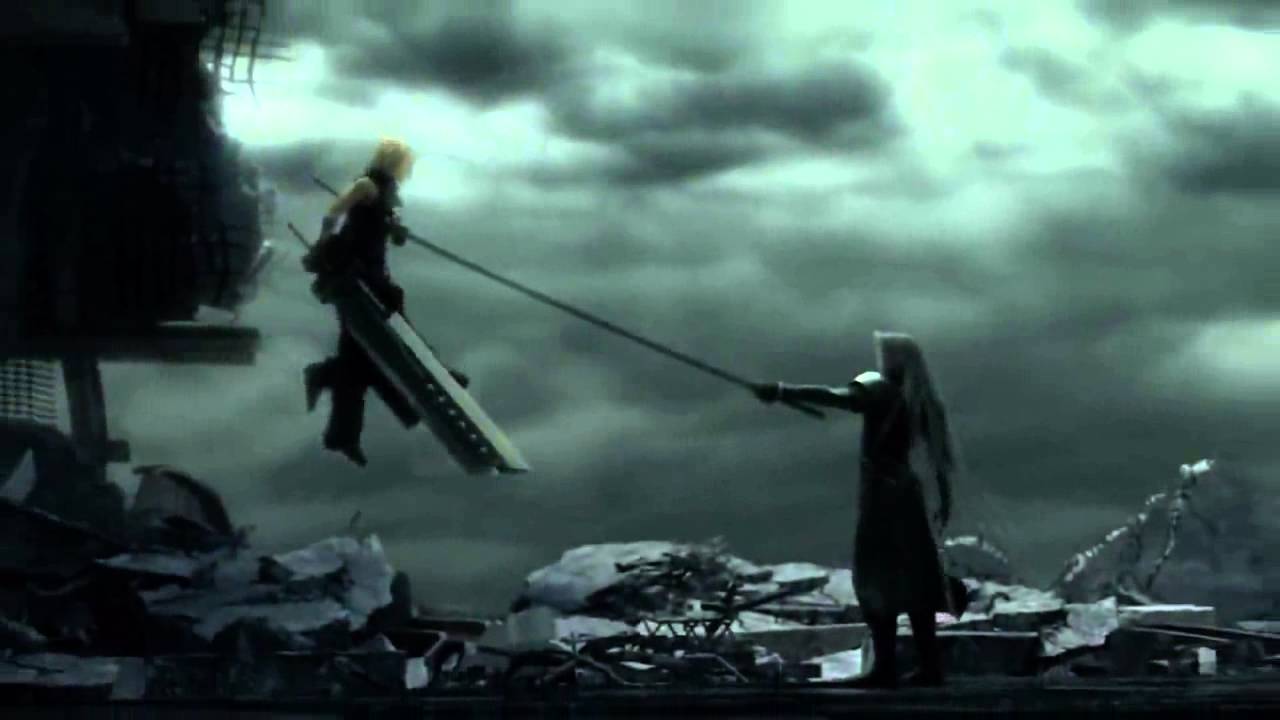 Final Fantasy VII Advent Children kind of works as a treat for fans who simply want to see the characters in an updated form, hear a modern take on some familiar tunes and appreciate a ton of random references to the game. For someone who isn’t a hardcore fan of the game and people who care about plot and cohesive storytelling in movies can probably skip this one, since this flick is a prime example of style over substance. For straight up Final Fantasy VII fan service, Advent Children delivers, but if one were to try to judge it as a film with no knowledge or attachment to Final Fantasy VII I don’t see this getting three thumbs up from anyone and Weekend At Aerith’s would likely have a higher Rotten Tomatoes score. Honestly, people who are familiar with the story of Final Fantasy VII would still probably not sing praises of this film. This is straight up popcorn munching fluff for fans of the game and can only really be enjoyed if treated as flashy pabulum. To repent for making her sit through it as Wanda obviously fits in the latter category, we went to see The Birthday Massacre and September Mourning in concert and all was forgiven. Final Fantasy VII Advent Children’s popularity with fans in spite of its shortcomings shows that these are characters in a world people care about, and while some items in the Compilation of Final Fantasy VII are good, none of them have been the second Lightning strike. This is a fact that has finally been accepted and with the Final Fantasy VII remake is coming at some point in the future, everyone hopes it recreates the magic of 1997 Final Fantasy VII for new and old fans alike.