The past fifteen years have been hit or miss for Bomberman, Hudson Soft’s most enduring character. Bomberman R was solid, while the new free-to-play Super Bomberman R Online offers up a stripped-down experience at no cost. He even had a bit of an emo phase that went poorly with the try-hard Bomberman Act Zero, and while the Xbox 360 era was tough for him there, it was great when it came to Bomberman Live. A staple of multiplayer gaming for many years, Bomberman Live aimed to deliver a definitive online experience for the franchise and largely did so better than anyone could have imagined.

While the Sega Saturn game enabled ten player local multiplayer, no entry in the series until Live featured online play. One thing that set Live apart then and even to this day is the level of customization and mode selection offered up. For only $10, players could enjoy a standard game of Bomberman where the goal is to either take out foes or have them take themselves out while using various power-ups or you could mix things up with other modes. Offline and online play felt similar, with the CPU-controlled bots offering a fair challenge, but nothing topping playing against human players who knew little tricks like tossing bombs over the brick-laden areas to take out foes. 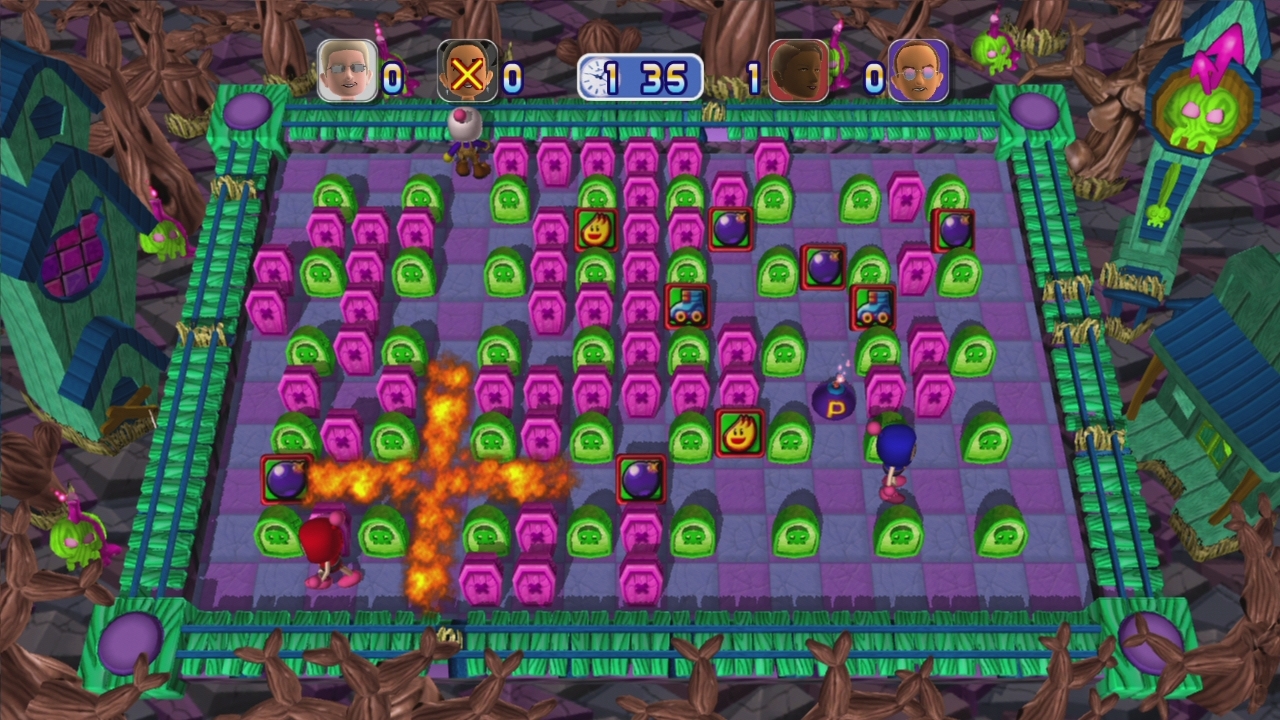 The craziest new addition to Live was bombing run — which maxes out player speed and puts super-powered bombs in-hand. This results in a quick play session that sends explosions across an entire row in one fell swoop and is the greatest test for player reflexes. Not only does the player have to avoid getting blown up by their enemies, but the risk for trapping themselves is much higher thanks to the increase in speed. Mistakes are easy to make even at normal speed, but when it’s ramped up and combined with massive blast radiuses, it’s a recipe for disaster if you aren’t careful.

Another fun twist on the formula is the paint bomb mode where the goal is to paint the map in as much of your color as possible. For more modern-day Splatoon fans, this mode feels like a natural extension of that because the goal isn’t to just survive, but thrive by covering up the enemies’ colors as well. It’s easy to go from a quick Splatoon session to this or vice versa and see just how much harder this is since there isn’t a respawn here — Bomberman is a single life experience for that run. There’s no net and while the best two out of three format offers up some room for error, it’s still a game that tests your skills constantly regardless of the mode type.  Paint bomb adds another fun challenge to the mix by having it also be about taking over terrain alongside surviving and taking out foes. 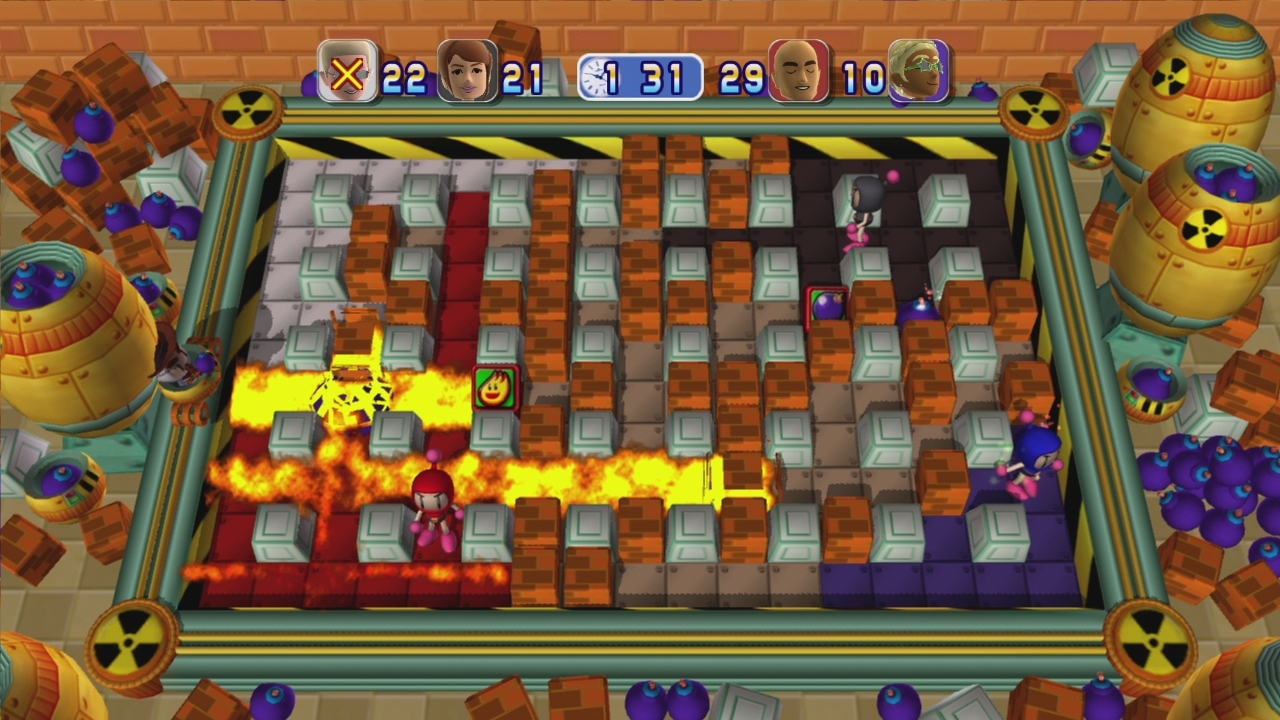 The customization in Bomberman Live remains something that puts this head and shoulders above even the more modern entries in the series. Sure, there are licensed outfits now, but there’s something fun about unlocking and earning things like a Clint Bombwood cowboy outfit or a Bomb the Builder getup that makes things feel so much more personal. It’s neat to have a character with both a tutu and a giant 10-gallon hat with a cigar ready to go. Being able to mix and match things allows players to tailor things more, and it’s fun to complete a run and unlock a new outfit piece — whether it’s to complete an existing set or just to add something new to the collection. The game itself emphasizes just how much the player can do with loading screens showing off different outfits as well, making it feel like a bigger part of the intended experience.

Despite two Bomberman games hitting on modern-day hardware, neither features the same degree of responsive control that Bomberman Live does. No matter how chaotic the action is, it’s always easy to move around the game board and there’s no input lag. That’s the biggest killer for the new games, which may offer slightly better visuals, but don’t deliver the goods as well as Bomberman Live does when it comes to nailing the instant gratification feel of a true blue Bomberman game. Moving feels 1:1 as does laying down bombs and the lack of a delay makes the experience so much more fun than either of the newer experiences. 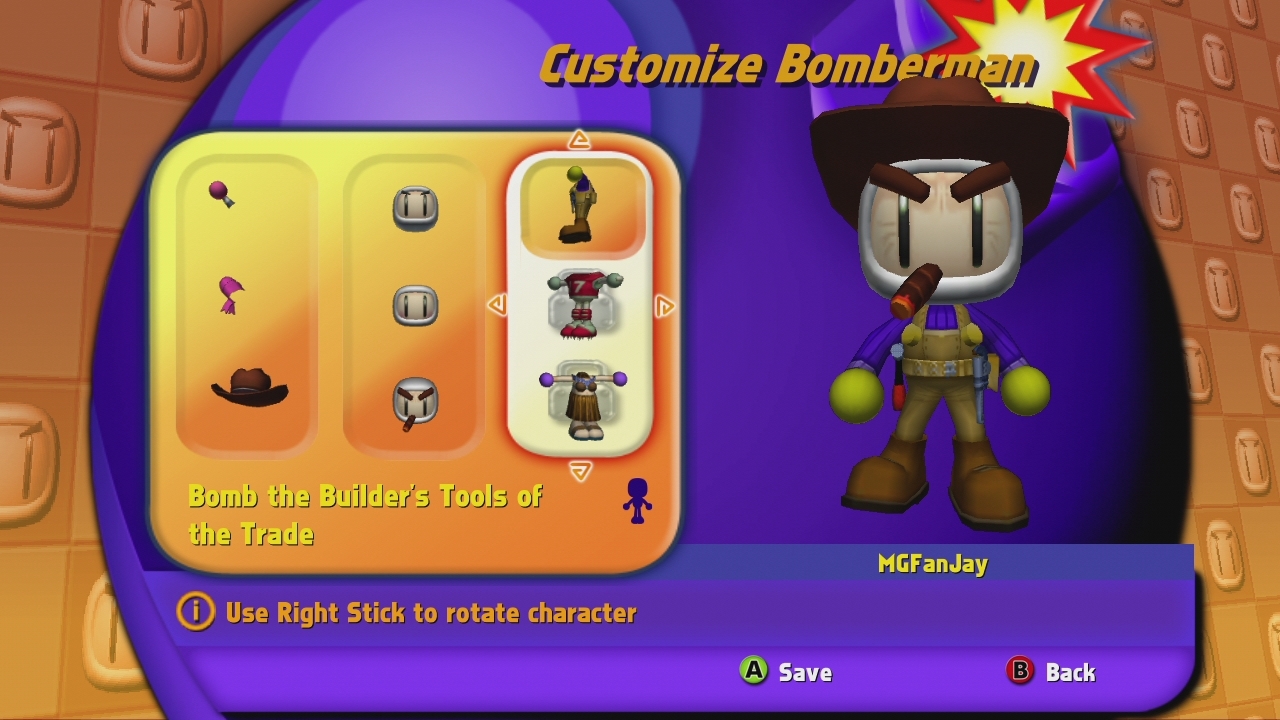 On one hand, it’s a shame that Konami couldn’t nail the game feel in the newer entries. But on another, it’s cool to see that an entry that’s fourteen years old still holds up not only visually, but gameplay-wise as well. The bright color scheme nicely fits the series, as even both normal areas and more specialized themed maps feature vibrant colors. Bold facial expressions for the characters and hilarious animation help sell the joy of victory as they jump up and down alongside the agony of defeat when they’re blown up and just soar up with their feet and hands skyward. The graphics are honestly on-par with Super Bomberman R and I would put Bomberman Live’s graphics above them since the newer game gets bogged down with shadows that can mess up your depth perception while Live just uses a lighter, more natural-looking shadow effect that keeps the interface crisp and clean-looking.

The sound design is also top-shelf to this day, with a cheery soundtrack that makes even a failing run fun since it’s so bouncy and happy. You just can’t help but smile when you’ve got happy tunes playing amid your own destruction and it makes “just one more run” easier when there is so much cheer surrounding you. The UI is bright and colorful and the menus keep things animated and fun to look at. The ratcheting up in the music’s tempo for longer sessions that are nearing overtime adds just the right amount of intensity to the adventure, while small voice clips help keep the in-game world feeling alive as character eliminations are called out alongside “HURRY UP” messages. 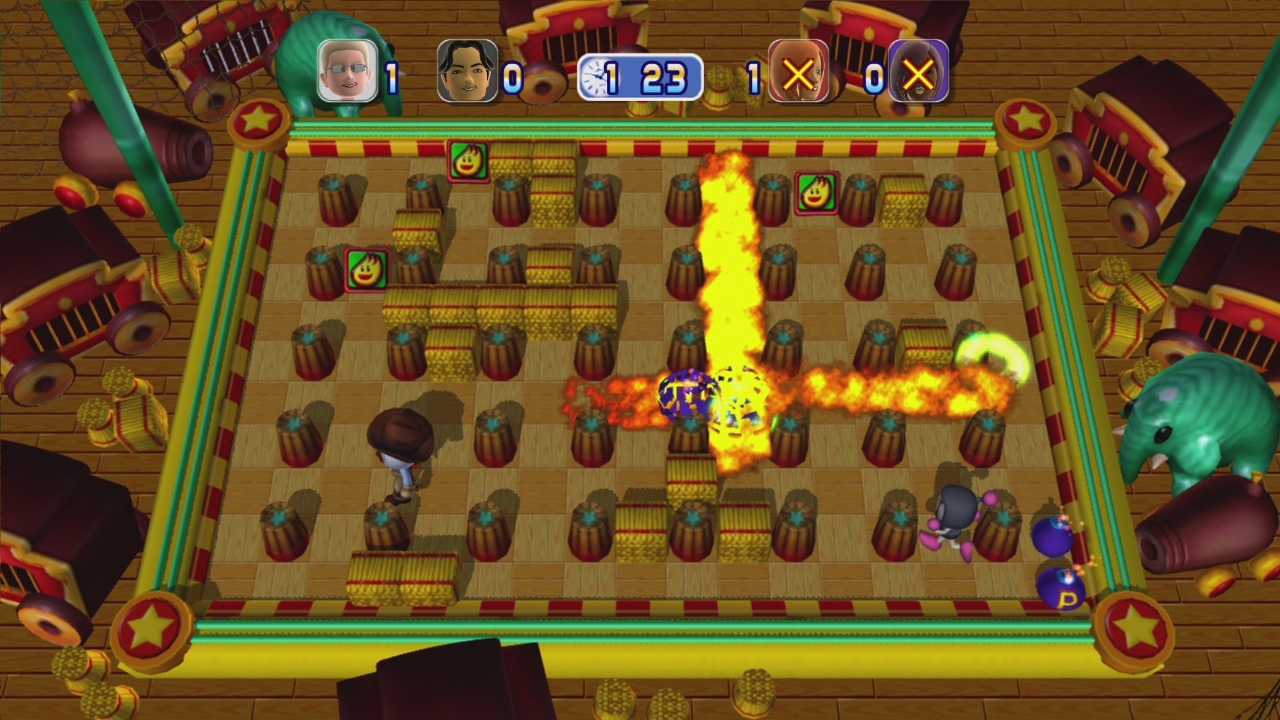 Bomberman Live is one of the few XBLA games to get a physical release, but surprisingly hasn’t been made backwards compatible with Xbox One or Xbox Series hardware yet. Thankfully, it’s still available to buy digitally for $9.99 thanks to Konami owning the rights to Hudson Soft’s library. Hopefully, it gets a BC release down the line – although it’s unlikely with newer games in the series available. It would still be great to see this classic entry in the series not be lost to time as both it and the PS3 entry Bomberman Ultra are stuck on older hardware and can’t be played on newer consoles.

Still, they’re tremendous experiences for either 360 or PS3 owners and must-plays for anyone who wondered what all the fuss was about. As someone who played a couple of Bomberman games before this one, it remains my favorite entry in the series and will likely retain that crown for quite some time. It’s a great mix of everything that made the 16 and 32-bit entries shine from a gameplay perspective, with a more modern look and a great item unlocking setup that manages to strike a nice balance between unlocking things by earning them or buying certain content packs if you want.