Sega’s arcade racers were the stuff of legend in their time — and that legend has only grown as decades pass and many games pay homage to them. With a legacy that began with Yu Suzuki’s classic Outrun and continued with other super scaler games like Hang-On, the company stakes its flag in arcade racing to an unmatched degree. Beyond delivering great experiences, they also strove to drive technology forward in ways that even to this day showed off the benefits of a dedicated machine versus a home console experience.

The ’90s were a time of change and in the early ’90s no major company gave the impression of living in the moment quite like Sega. Games like Virtua Racing showcased polygonal graphics in a way that showed a polygonal game could play as smoothly as a sprite-based one and was a direct descendant to one of Sega’s most-enduring games: Daytona USA. Presented like a next-generation version of Virtua Racing just a few years after its release, it’s astounding how much of a visual leap was made in two years. 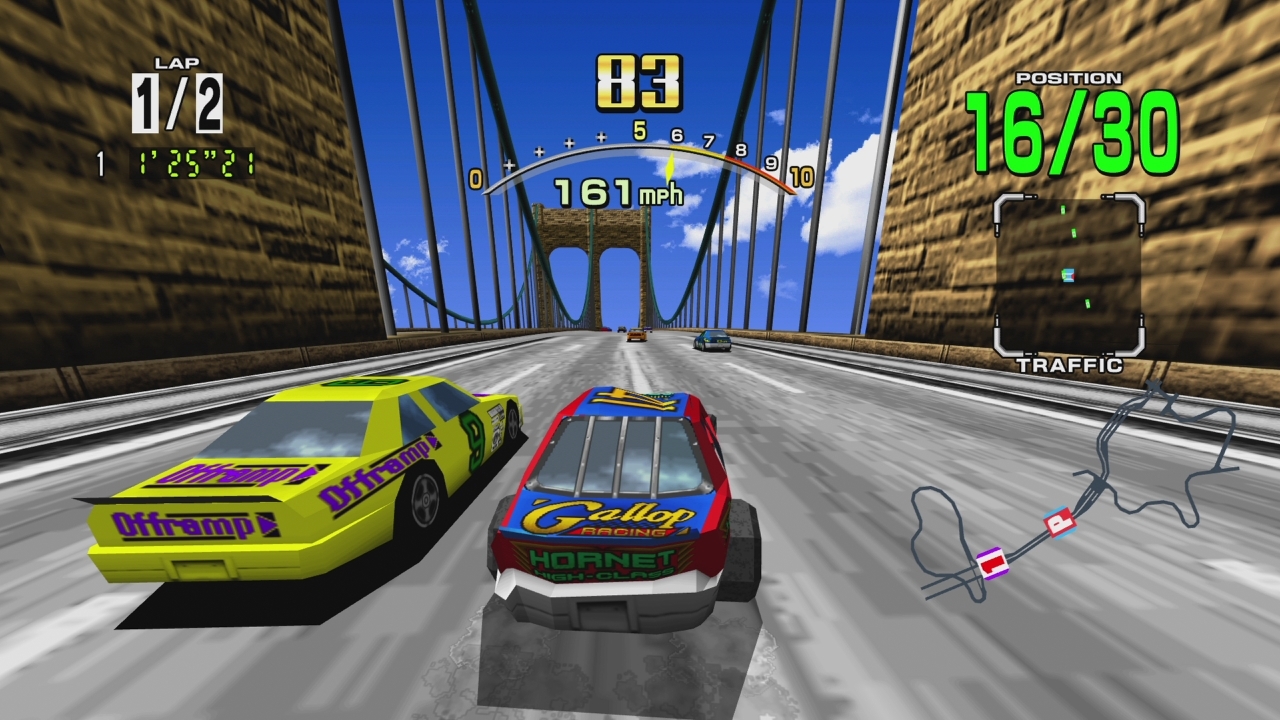 Daytona USA feels like a final draft version of Virtua Racing, with both offering up three tracks labeled beginner, medium and expert, as well a healthy sea of rivals alongside a silky-smooth framerate. Virtua Racing used F1 vehicles while Daytona went for stock cars and did so in a brilliant way. By licensing the Daytona name and not NASCAR, the rights were less expensive and they weren’t tied down to nailing down certain sponsors or anything like that. They could just take the usage of the core sport of stock car racing and keep its most iconic track, effectively getting the best value for the dollar possible. Instead of having to worry about a restrictive license, they could just keep a lower-tier license to give the project credibility right away and not worry about the license impeding the game.

Daytona USA was legendary for its multitude of arcade cabinet options during its heyday. There were single and dual-cabinet versions, but larger arcades could host eight cabinets side-by-side, effectively taking up a whole wall of an arcade and truly making the game stand out. The eight-machine layout made doing tournaments a breeze and it wasn’t uncommon for the game to cost $1 per play at the time either, making its barrier of entry higher than most games, but also leaving players with a variety of memories throughout every play session. 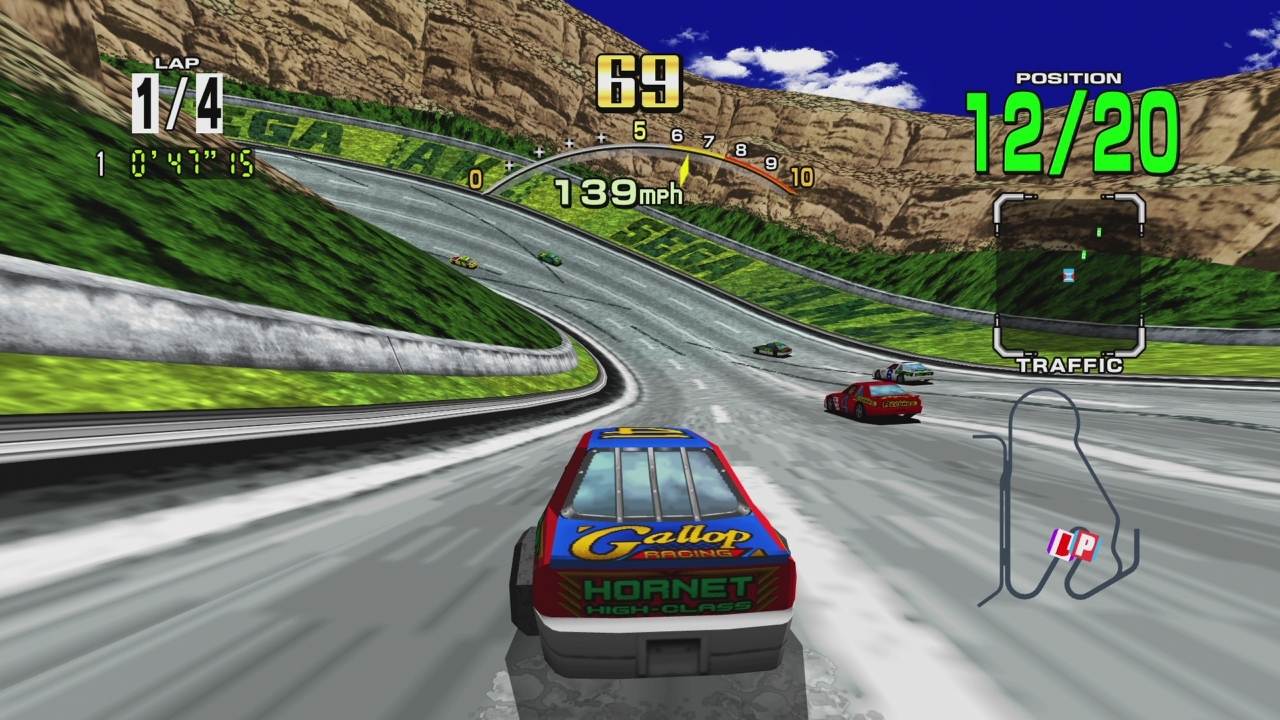 Every moment of the game was designed to grab the player’s attention with bright graphics for the menus, narration for everything to keep you in tune with what was going on, and a bold soundtrack with bombastic tunes as well as goofy vocals that remain stuck in players’ heads over 25 years later. With three stages to play through and a lot of secrets to find thanks to Easter eggs like Sonic being hidden in a wall, being able to move a Jeffry statue, or even get triple-7s on an on-track slot machine, the tracks themselves had their own sense of personality and made for an endlessly replayable experience.

The arcade game was about as perfect as one could hope and when word of a home conversion to the Saturn came out, people were excited — until it actually came out. It ran at a sub-20 FPS framerate, a massive drop-off in visual quality and horrendous pop-in. The original’s OST was retained alongside its menus, and the game engine was retained so it felt similar enough, but there were too many sacrifices made for anyone to truly feel like the arcade hit came home in full. 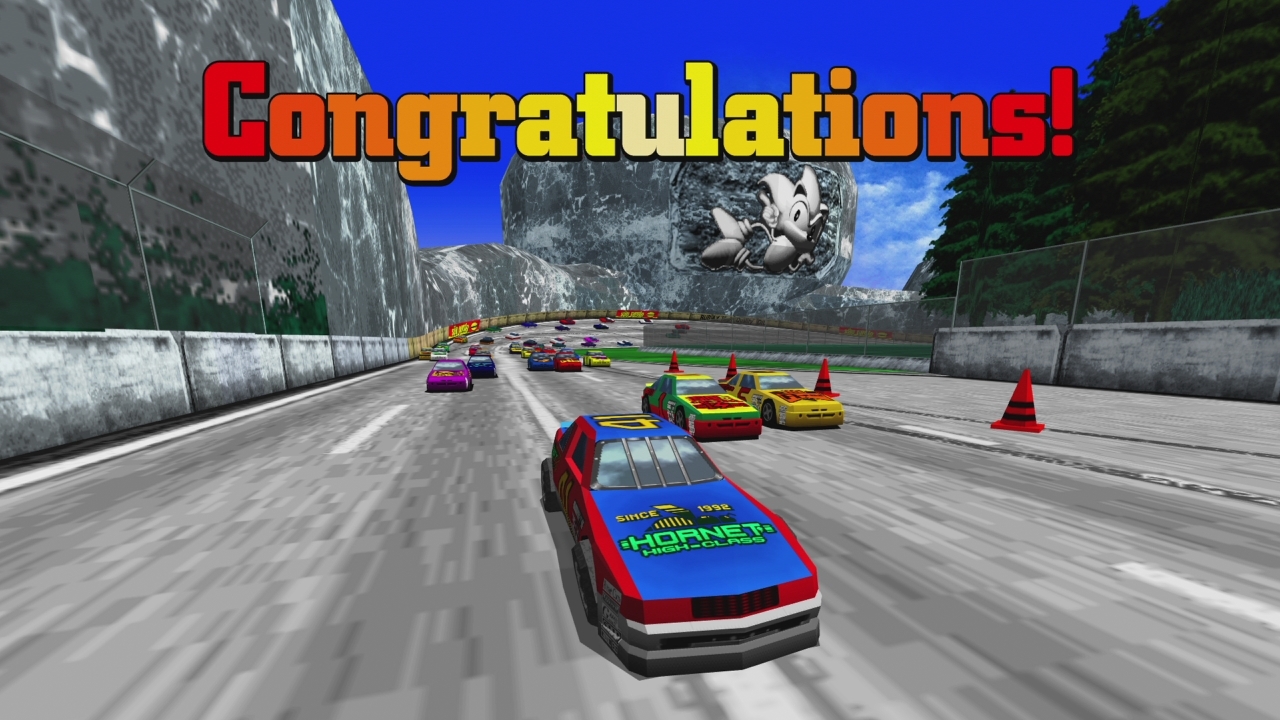 Sega’s response to this was to release another version of the game about a year later, but unlike their make-good for the botched Virtua Fighter port, this wasn’t a free mail-in game. Instead, Special Championship Edition was another full-priced release that helped some issues while creating new ones. Outside of Japan, the original OST wasn’t included and the game was ported using the Sega Rally engine, presumably because that port worked out better than the OG Daytona one. The car colors were also mixed up and when factored into a redone OST and different game feel due to change in engine, the end result still fell short. It was clear that Sega was rushing games out in a desperate attempt to just get product out to fight Sony — and Nintendo hadn’t even entered the fray yet with the N64.

After the failure of the Saturn, a Dreamcast release seemed like the only surefire way to get a top-tier version of the original. Instead, we got a revamped version of the original, but with another remix of the OST. The graphics were better than the arcade, but the racing felt completely different, with multiple control methods that never felt on-par with the arcade game. It had a lot of new tracks, cars, mirrored tracks and even online. Car customization was also possible and it allowed it to feel like a more modern-feeling version of the arcade. Honestly, if it wasn’t for some square-ish tires and clearly-dated models on things like trackside horses and character models for the pit crew, Daytona would look modern thanks to its rich texture work and attention to detail. 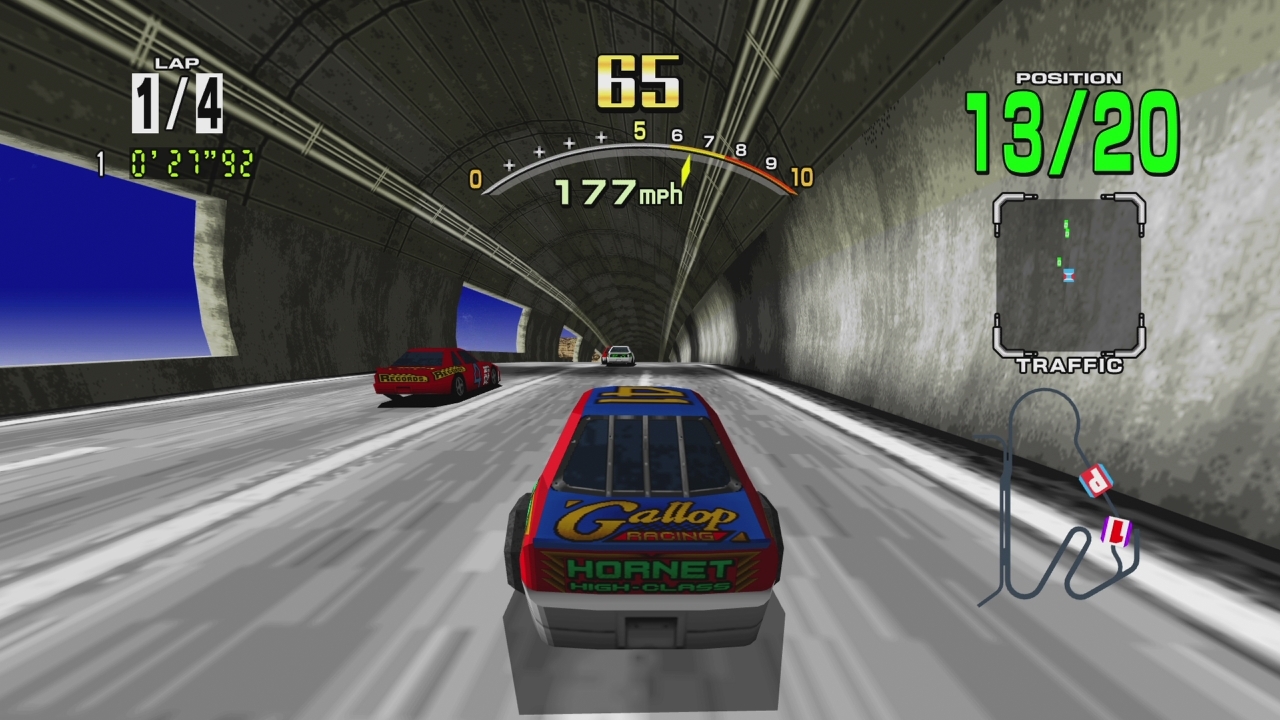 The Daytona licensing has been a blessing and a curse for the game, resulting in the game having to be revamped in 2009 as the Sega Racing Classic sans the branding and any Daytona-related lyrics taken out. This version became the framework for a PlayStation 3 and Xbox 360 download release that is the definitive way to enjoy the original. The Xbox trigger setup is fantastic and the game supports steering wheels too — making it a fantastic game to play for those wanting a genuine arcade-perfect experience at home. Thankfully, the licensing didn’t prevent the game from being sold digitally long enough for it to get a backwards compatible release on Xbox One hardware.

Daytona USA may not be available for purchase any longer, but if you already bought it on a PS3 or Xbox 360, you can still enjoy it and as a bonus, Xbox owners can enjoy it on the 360, Xbox One or an Xbox Series console as well. Daytona USA is one of the best arcade racers ever and may be Sega’s best one — which is high praise. For a company known for best-in-class racers, none have aged quite as well over the course of two and a half decades as the original and hopefully, licensing deals can be worked out to get full arcade conversions of all of the games on modern console hardware.